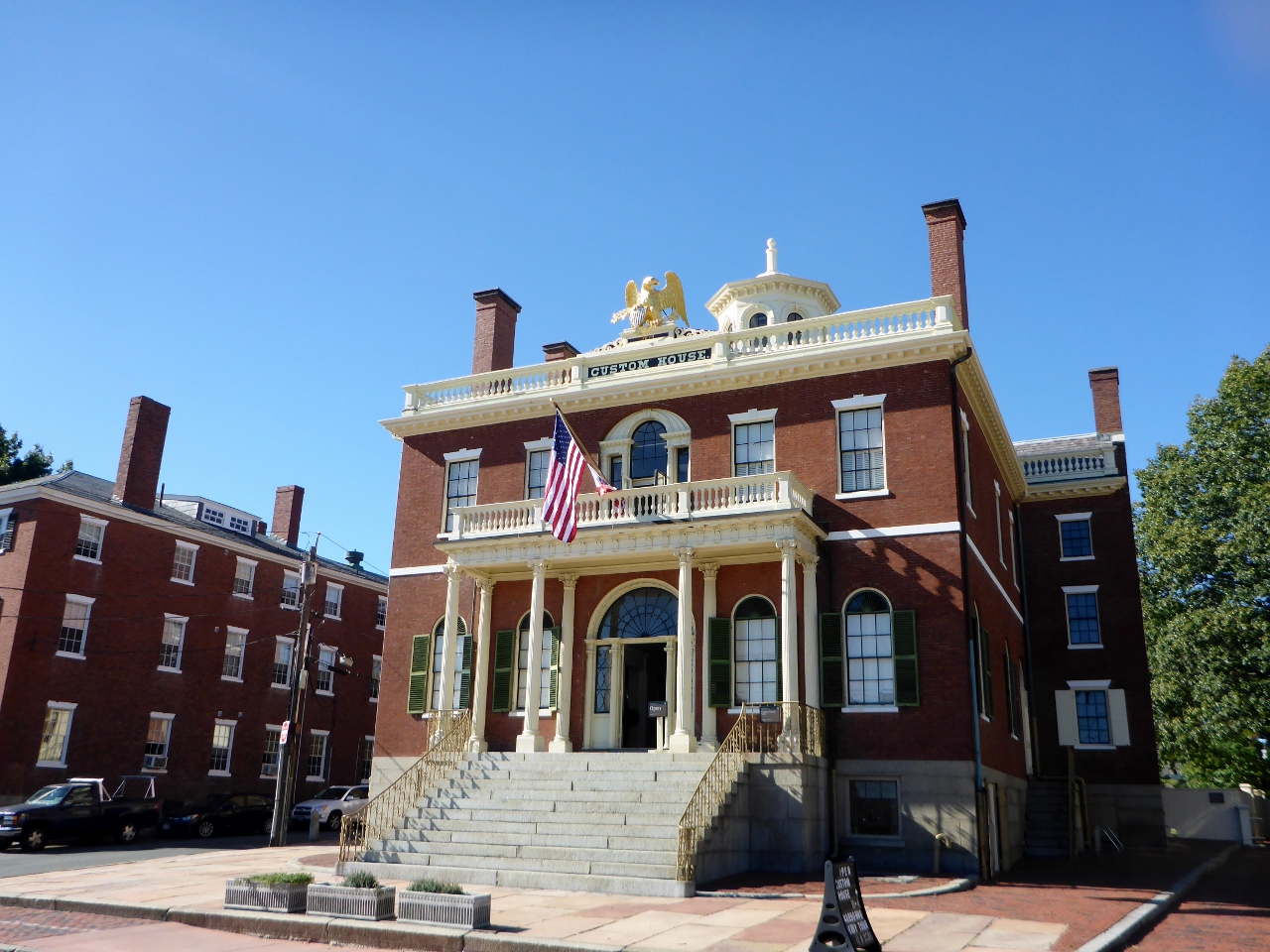 The Custom House at Salem Maritime NHS is the last of 13 Custom Houses in the city. There has been a Custom House in Salem since 1649, collecting taxes on imported cargos first for the British Government during the Colonial period, then for the American Government after the establishment of the
U. S. Customs Service in 1789. This Custom House was built in 1819 and housed offices for the officers of the U.S. Customs Service, as well as an attached warehouse, the Public Stores, used for the storage of bonded and impounded cargo.