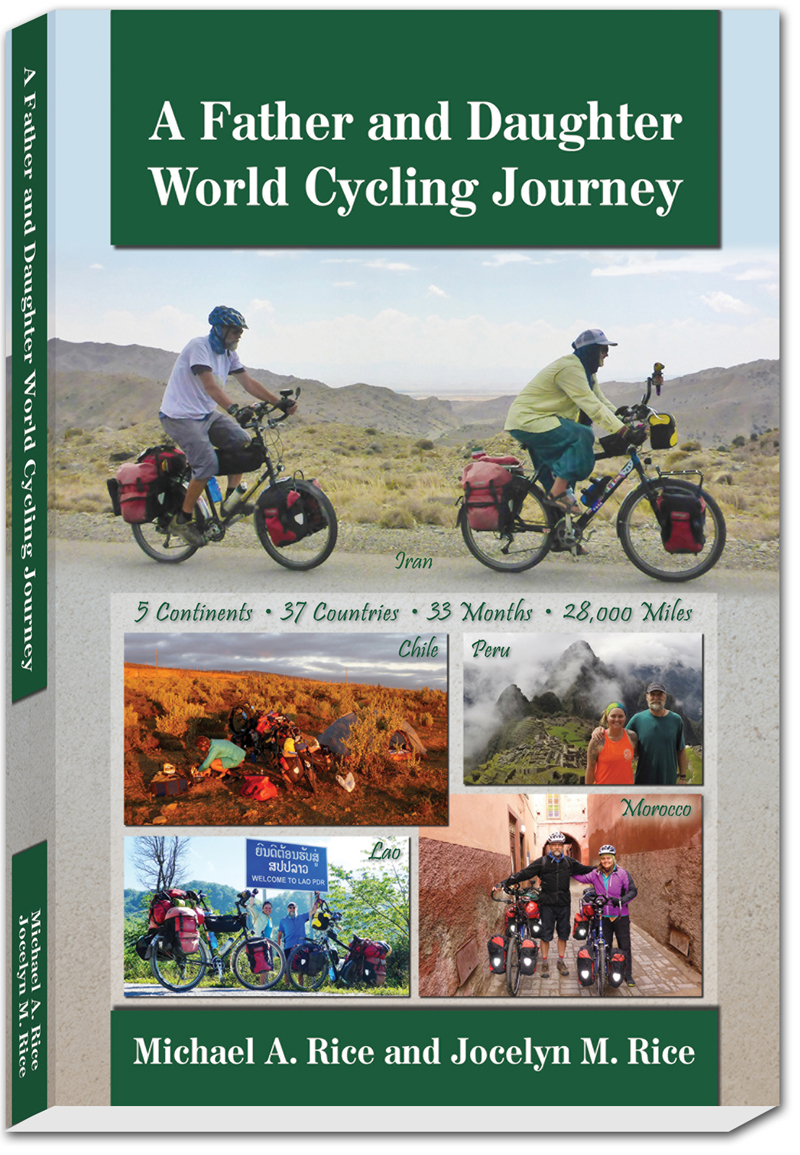 Follow this father and daughter team of Mike and Jocelyn as they return to their bicycles for an awe-inspiring world adventure after their journey across the U.S. and New Zealand as written in their first adventure book published in 2013. In pursuit of this, they begin their most challenging ride yet from Marrakesh, Morocco to Bangkok, Thailand. North Africa, Europe, Central Asia, China, and Southeast Asia are traversed as they continue to explore this amazing world along with its diversity of people and cultures.

A Father and Daughter Bicycling Adventure

Discover how this father and daughter adventure team truly compliment each other as they prepare for a worldwide bicycle tour.

After facing a layoff and retirement when the last Space Shuttle flight ended in August of 2011, Mike decided to bicycle across the country from Cape Canaveral, Florida to San Diego, California after having spent several years cycling the Central Florida coast area. His daughter, Jocelyn, caught wind of this and immediately said, “I want to go!” Thus began the Father/Daughter Bicycling Adventures.