Four days 224 miles After 8 days in Mexico and 4 days in the Baja California desert we have reached our midway point through the desert in the city of Guerrero Negro. It’s been a long hot and sometimes tedious ride as most of the terrain is like a roller coaster as in up and down. I guess one can call the terrain as big hills or small mountains. Occasionally we will drop down into a valley which will provide a few miles of somewhat flatness but definitely a welcome break. But soon the valley ends and the ups and downs continue. We ride hard because there are limited services as in none. No power either. Our warmshowers host in San Quintin Gabino gave us a list of Ranches/Cafes that have water and sometimes food available. That list was a real help as we were able to ration our water consumption. Fortunately most of the ranches were open, even though most look abandoned and closed. A few even had cold cervezas.

On the road we encountered our third “road angel”. The first was the gentleman who picked us up and drove us to Ensenada after the federales told us no bicycles were allowed on the toll road. Gabino was our second as he pulled over and invited us into his home in San Quintin. The third was a very kind and generous Mexican family who stopped and offered us water. Our 10 liter pouch was down to just a few bottles left when they pulled over as we were transferring water to our bottles. They were on their way to Cabo and gave us four bottles of water, two Gatorades, and a bag of apples and peaches. We gorged ourselves. I’ll keep saying that this trip is all about the people you meet. Their kindness and generosity is so uplifting when we are having difficult times. The heat has been in the 110 f range so water consumption is very important.

Some of the stealth camping has been difficult as we try and hide near sunset. It has all been done in fine dirt, sand, and lots of thorny plants, and farm animal poop. Last night while camping in the dirt with lots of animal poop around and not sleeping well with donkeys, dogs, and coyotes at it all night I asked myself if I can continue to do this for another year. But this morning while riding made it all okay again.

One question we have is where all the Mexicans get their money. We have rarely seen a bank and the two ATMs we have seen have block long lines. It seems strange that they must drive to different cities. There is lots of security in the few banks and ATMs. We were running very short on pesos but fortunately found a bank and ATM in Guerrero Negro. After 4 days in the desert we are in a hotel, washed our clothes in the shower (the old shower stomp) and set up a line outside our room for drying. That along with Tecate Light on ice makes life good!

We also feel safe as we have passed a few Mexican army inspection points and along with that we see army Humvees driving the road with a guy standing up with a machine gun. I guess they are keeping the road safe.

As I write this I tell Jocelyn that it is nice to just sit in a chair out of the sun. Her response was, “Yes, but it feels weird though”. We continue south tomorrow. 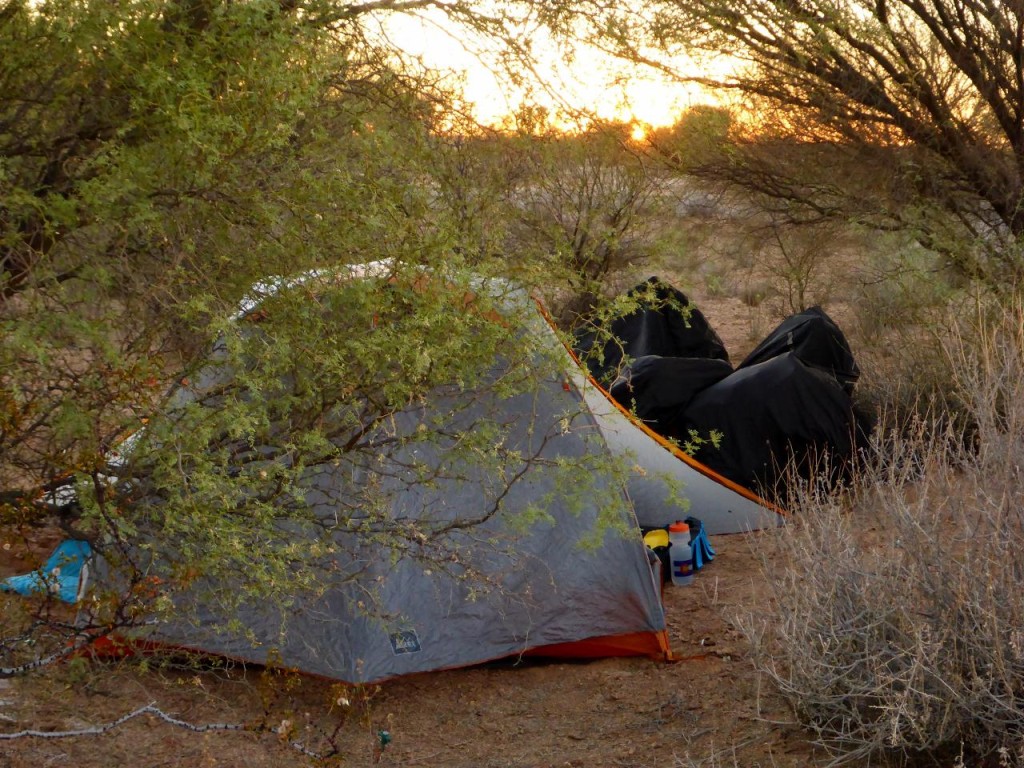 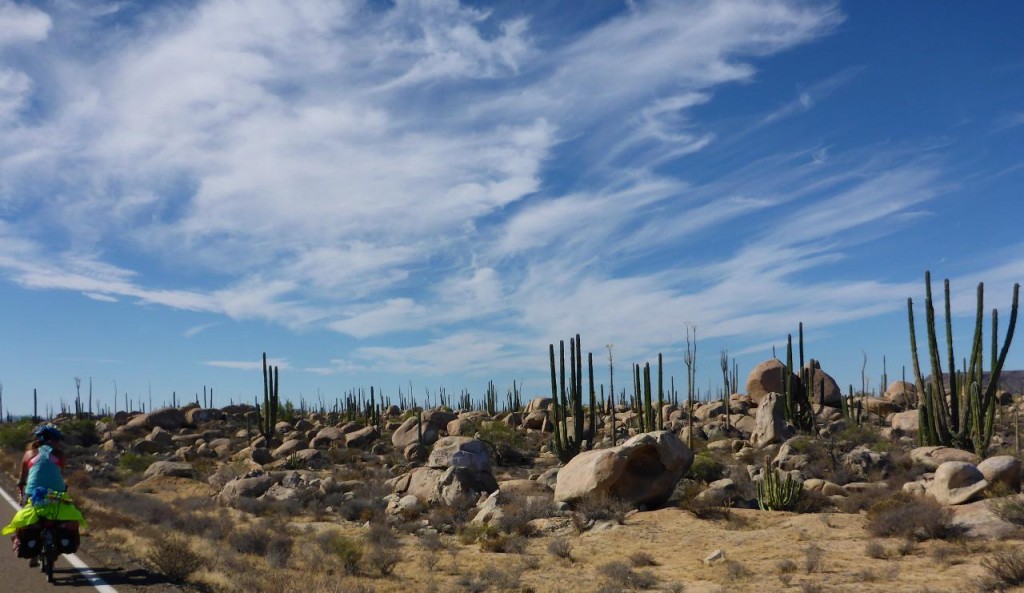 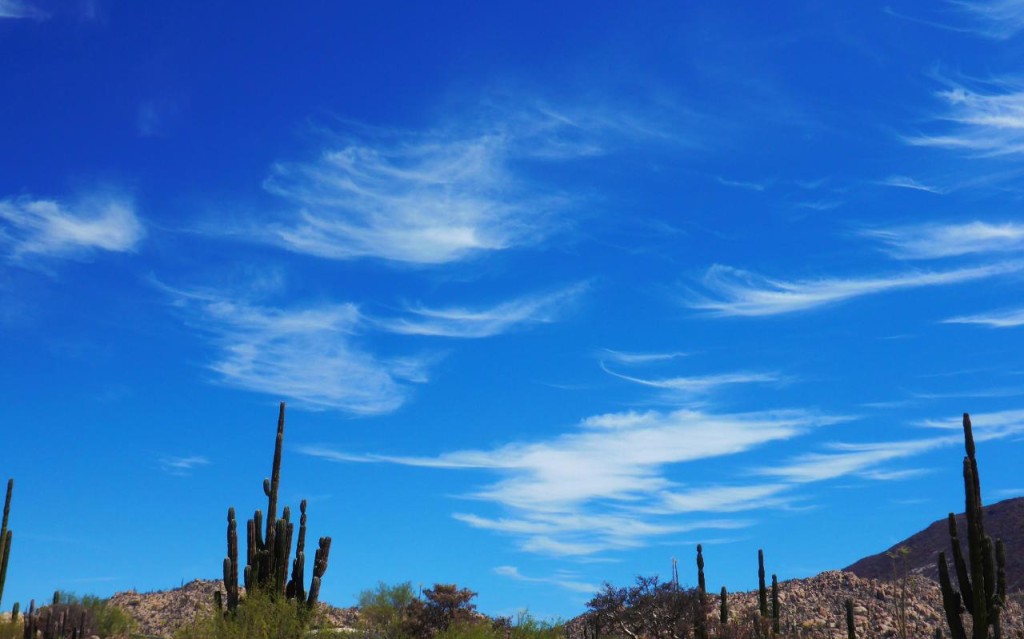 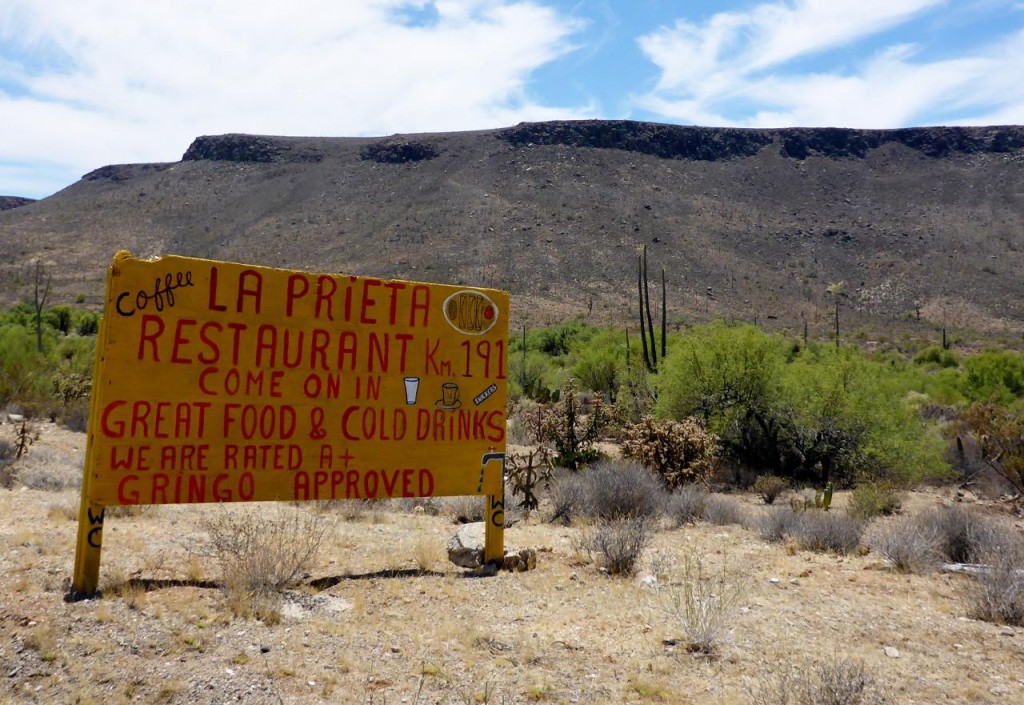 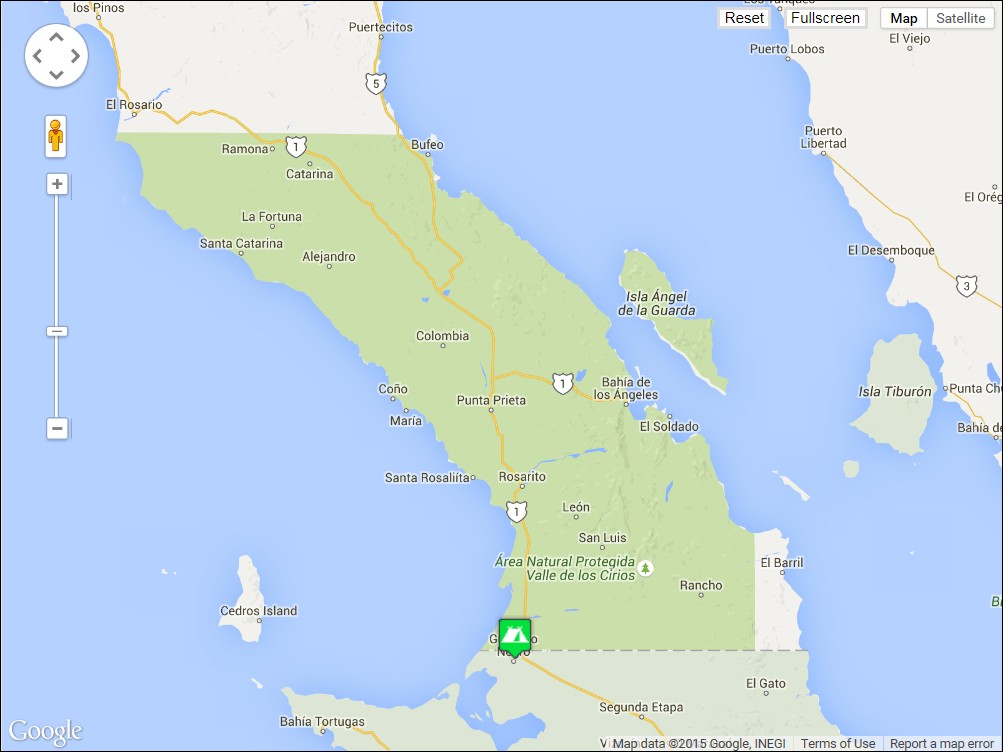