While in Cuenca we had to decide to enter Peru on the coast or in the Andes. We have talked with many people concerning this and also read many biking blogs about the safest way. The coastal area is very isolated and many robberies happen there. Peru is a very poor country so crime on tourists is high. After reading about so many touring cyclists taking the coastal route and having a bad experience we decided on the inland route over the Andes Mountains. Crime is also high there but it does seem safer. We have mixed emotions about Peru but it is a very beautiful country that we don’t want to miss including wonderful people. We just need to be aware of others in the isolated parts. We should be fine. We have not had any bad incidents since August 4th when we entered Mexico. I was very concerned about Mexico and the poor countries of Guatemala, Honduras, and El Salvador but we were fine through it all. It’s all a matter of being aware of your surroundings. So far on our world trip we have not let the media or others determine our route. But at this point we decided to stay away from the coast. I remember when we were on our way to Iran people thought we were nuts. Iran turned out to be one of our favorite countries and we still message with friends there.

After 5 faithful years my Garmin GPS failed and will not power on. It has been intermittent the last three weeks and I have been in contact with Garmin online about this but no matter what it just won’t power on. I am trying to get a sponsorship from Garmin to send me a replacement. I really miss looking at the maps, elevation, and climbing stats. Jocelyn uses her phone with the Mapswithme app so she does all the navigation. The Garmin was just something for me to look at while cycling the hours away. Tonight we are staying in the town of Vilcabamba which is in the “Valley of Longevity”. We had no idea what kind of town it was and are very surprised to see and talk with many Americans and Europeans that have lived here for decades because of the excellent soil and atmosphere for farming. We are staying in another really cool hostel and after cleaning up we explored this pretty town full of all different types of people including “hippies”. We stopped in one bar and struck up a conversation with an English gentleman who after a while said, “Excuse me while I go outside and smoke a joint”. He has lived here for 13 years, built two homes and farms.

Vilcabamba is a village in the southern region of Ecuador, in Loja Province, about 45 km (28 mi) from the city of Loja. The etymology of the name “Vilcabamba” apparently derives from the Quichua “huilco pamba.” Huilco denotes the sacred trees, Anadenanthera colubrina, that inhabit the region; pamba (cognate with pampa) is a word meaning “a plain”. The area has been referred to as the "Playground of the Inca" which refers to its historic use as a retreat for Incan royalty. The valley is overlooked by a mountain called Mandango, the Sleeping Inca, whose presence is said to protect the area from earthquakes and other natural disasters.

Located in a historical and scenic valley, it is a common destination for tourists, in part because it is widely believed that its inhabitants grow to a very old age. Locals assert that it is not uncommon to see a person reach 100 years of age and it is claimed that many have gotten to 120, even up to 135, which would make it an area with the oldest inhabitants in the world. It is often called the Valley of Longevity.

The Andes Mountains are beautiful to cycle through but the rain does make it more challenging. It seems like it rains all morning or afternoon and all in between. It also rains starting about 11pm then stops at sunrise and pauses a few hours. Many sections of this road, Ecuador 682, are unpaved and quite muddy but once again the vistas are incredible and well worth the effort. Many people who follow Jocelyn on Facebook ask why we are here now in the rainy season. We are here now because we are travelling south from Canada and this is the time when we are here. We really don’t want to fly to places when the “season” is right. It is what it is as the old saying goes. Rain or not the Andes are amazing. We love being off the beaten path.

March 5, 2016 And we were off the beaten path today. In fact it was a very rough day with lots of walking as we continued south. The paved road disappeared and was replaced by flowing mud and a little over one lane. We were actually faster than most vehicles! The rain continues heavy. We rode by a hotel after dark in Zumba, Ecuador about 25 km from the Peru border. Right across the street was a type of volleyball game being played.

Ecua-volley is a variant of volleyball invented and played in Ecuador. Its official name is Ecuavoley, however it can be informally be called ecuavolley, ecuavoly, ecuabol, or simply boly. Its popularity has also spread to Colombians, the United States, and Europe.

The setup of the game is similar to volleyball, with a few key differences: Each team is made up of three players: the setter (Spanish: colocador), the flyer (volador), and the server (servidor).

The net is higher and tighter: 2.80 meters high and 60 centimeters wide. The court is made of cement and has the same dimensions: 18 meters long and 9 meters wide.

The game is played with a mikasa ft-5 soccer ball.

Games consist of two sets of 15 points. If both teams agree, they can alternatively play two sets of 12 points with the option of a third tie-breaking set.

The ball can be held each time it is received, as long as the holding lasts less than one second.

Since there were no restaurants nearby we bought two cans of tuna, crackers, cheese puffs, beer and soda and ate our gourmet meal while watching the match. Good times. There must have been betting because after the game people came into the market where we were sitting and came out with cash. One of them then paid the players. It was all very interesting.

March 6, 2016 Peru our 35th country is achieved! We had a hard time getting to the border in the rain. Checking out of Ecuador was easy and checking into Peru easy too. We were the only ones around at that time. After lunch we decided to take a taxi the 30 miles to San Ignacio which is the first town with a hotel. We checked in with the Grand Hotel ($23) only to find out there was no water. At first we were told 5:30, then 6:30 and by that time we were fed up, collected our bikes and bags and went up the street to a $10 hostel room. There we saw our friend Patrick from England that we met a few days ago in Vilcabamba. What a small world. It was a long day especially after moving from the hotel. Come to find out the hotel turned the water on when it started raining this evening. We don’t know what that is about. Tomorrow we will take a well-deserved rest and research our next route south. The Andes Mountains have been challenging as we have cycled from Colombia, Ecuador and now the Peruvian Andes.

Last night was long, hot, and noisy. Patrick and Sebastian left for the bus station and we moved to a different hostel once again. That’s three rooms in less than 24 hours. We are really good and swift at moving our bikes and gear.

Due to very poor internet the picture captions are short. 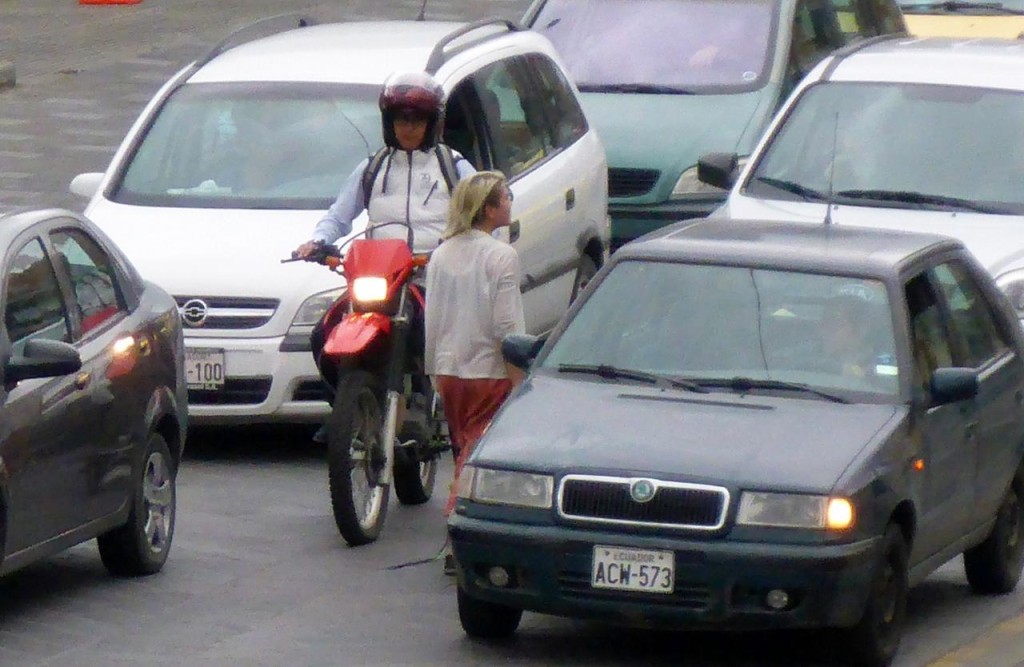 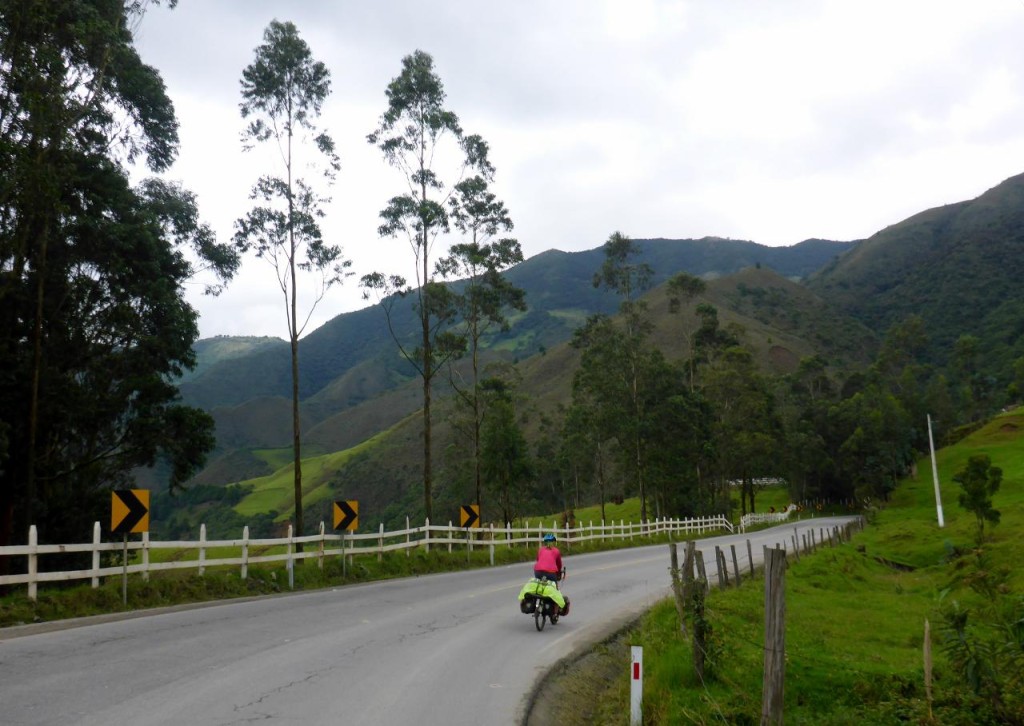 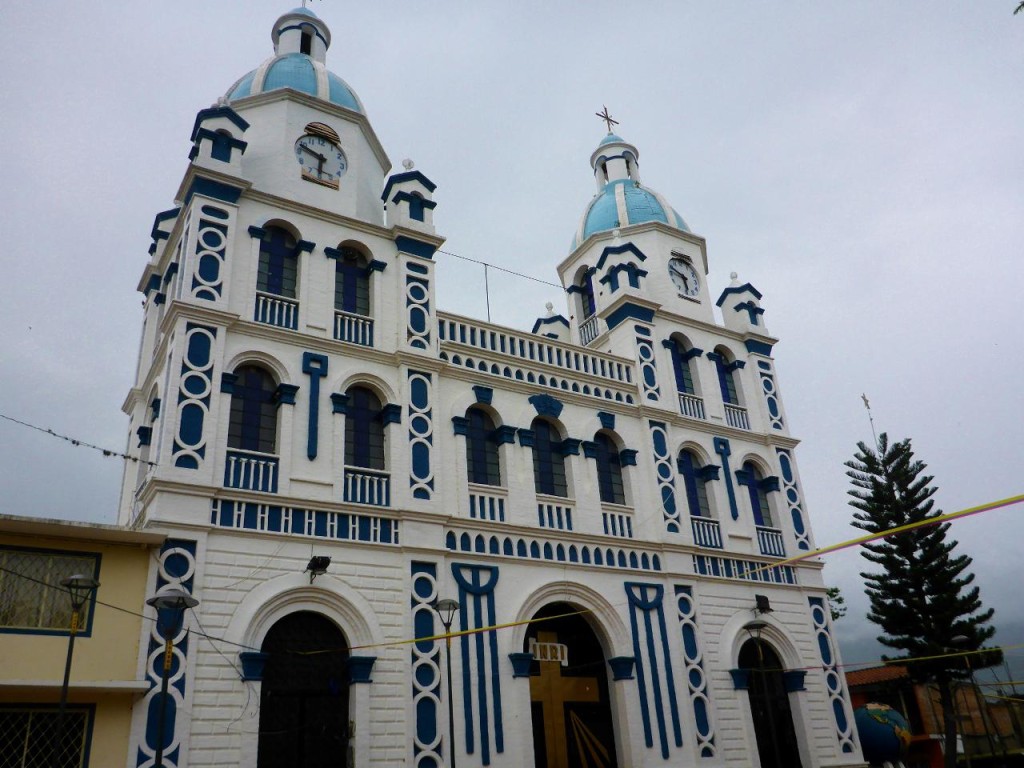 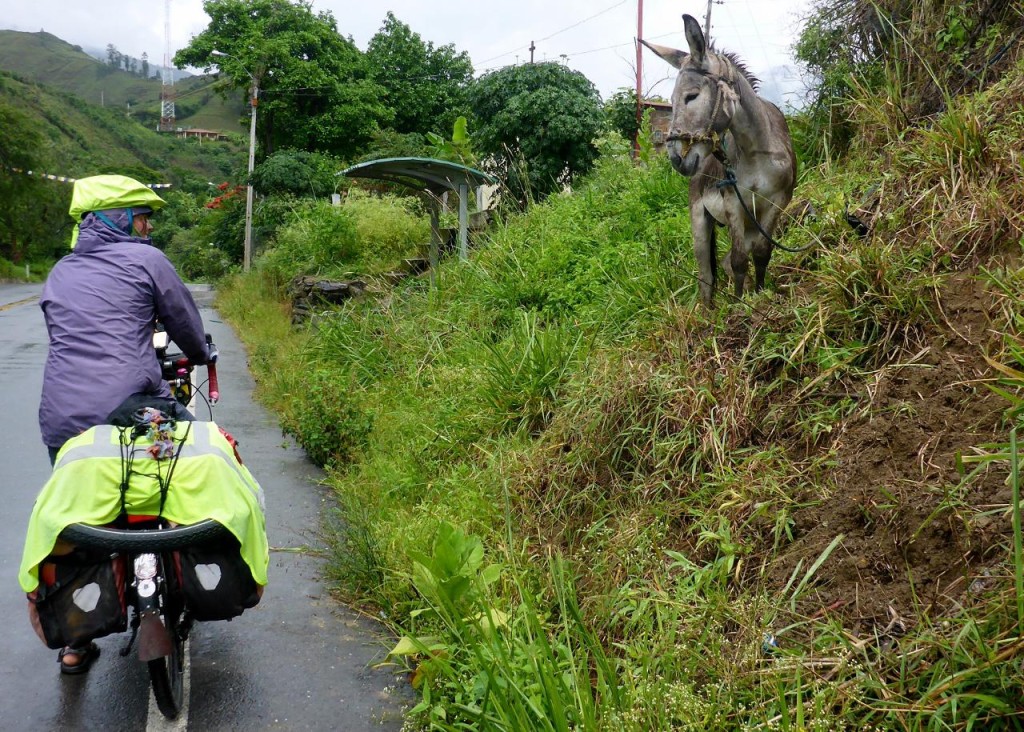 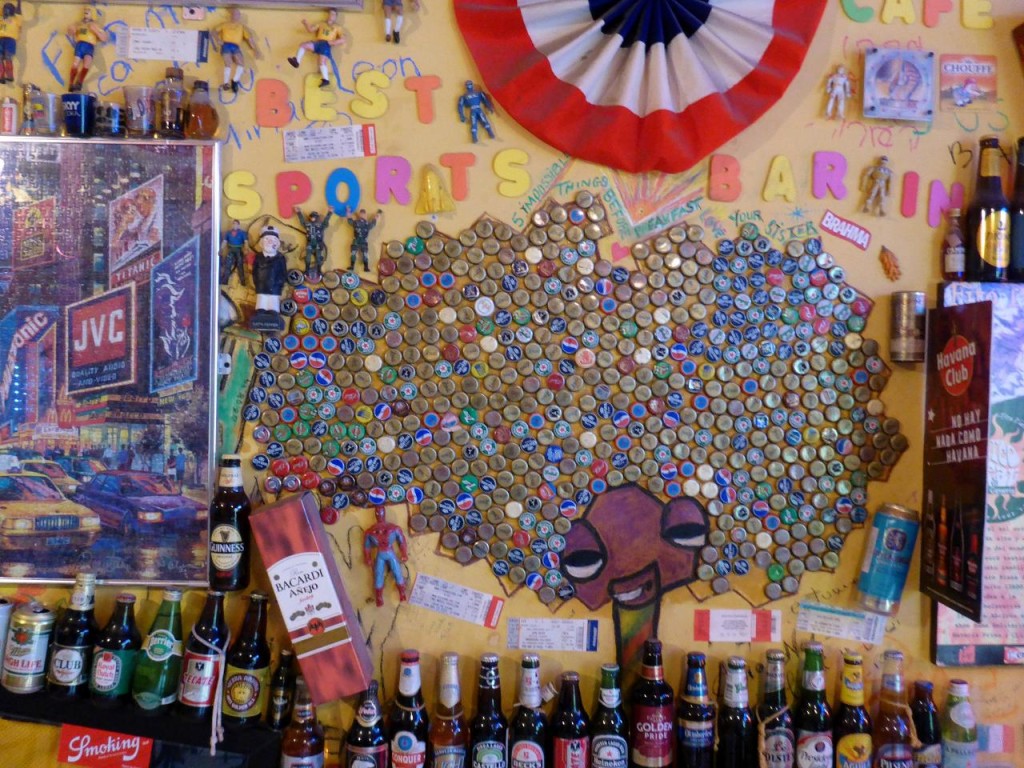 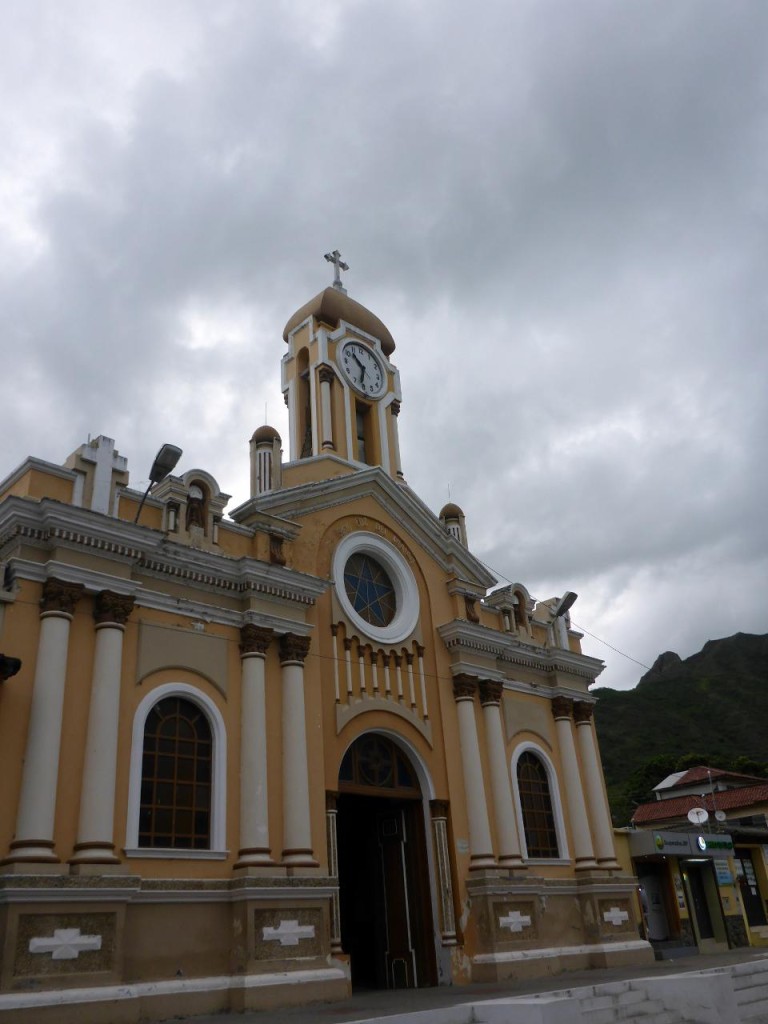 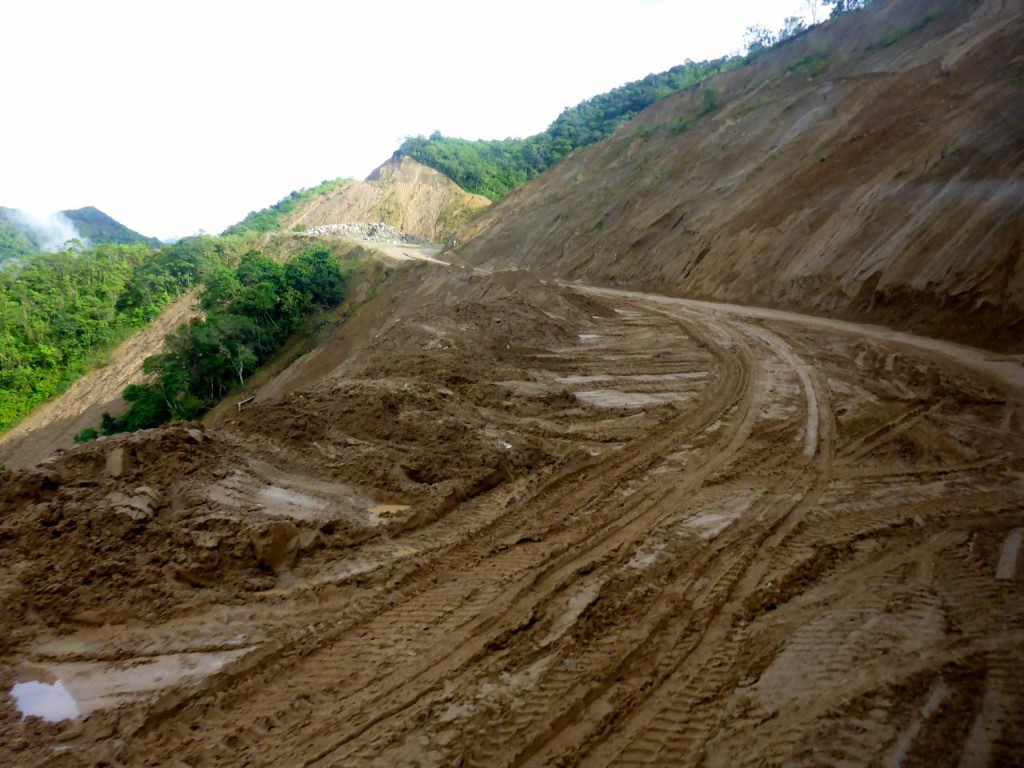 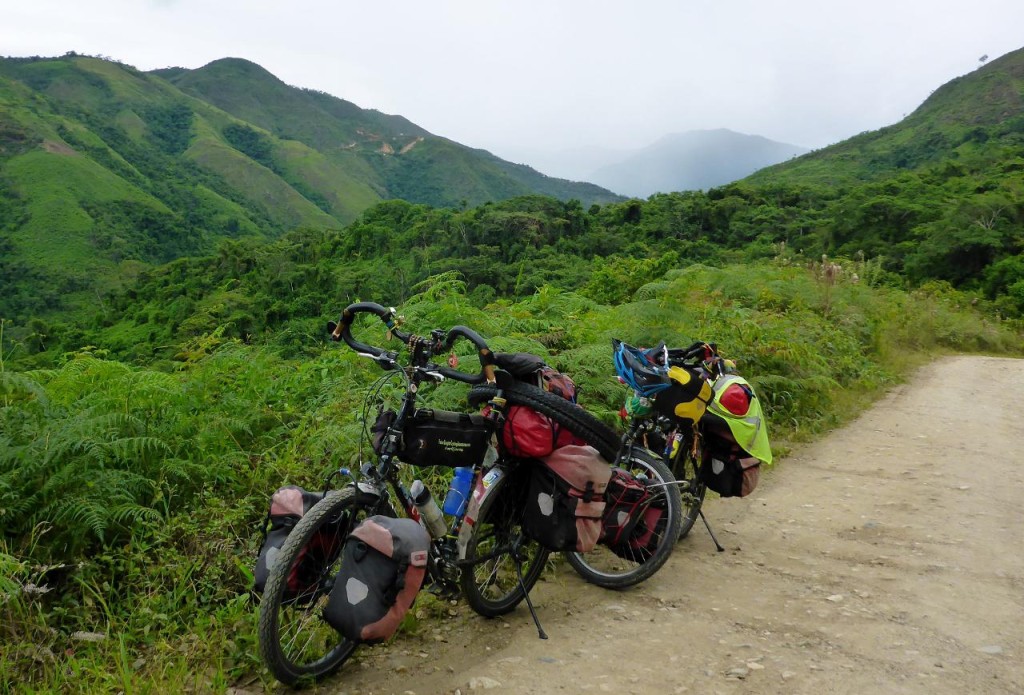 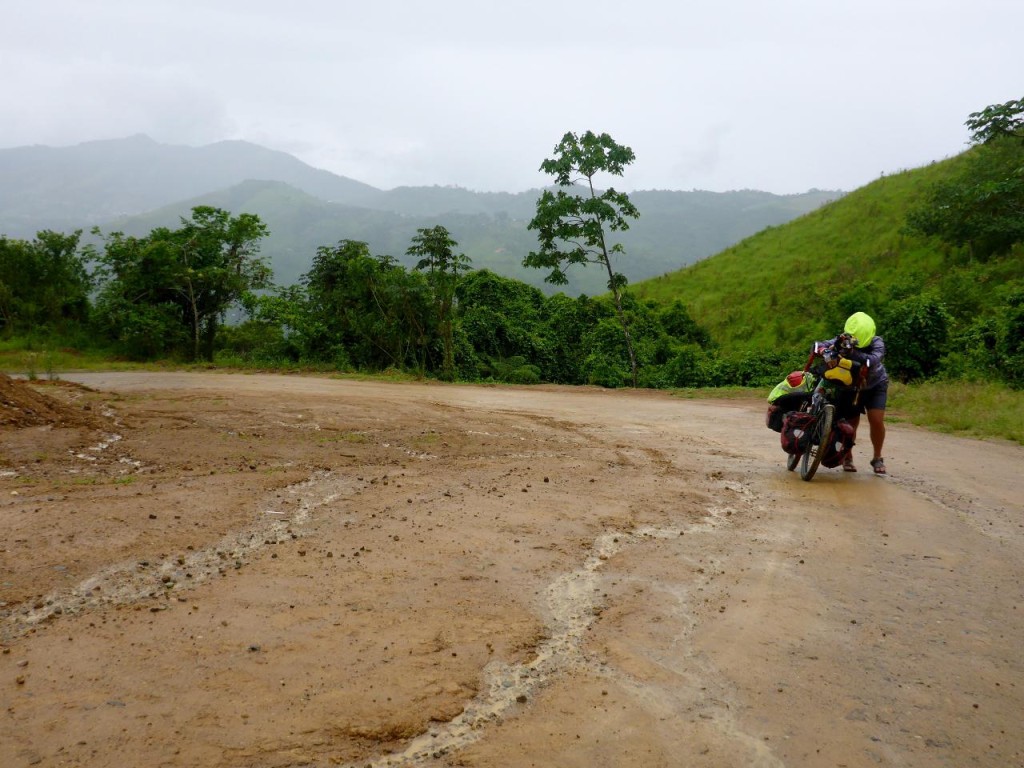 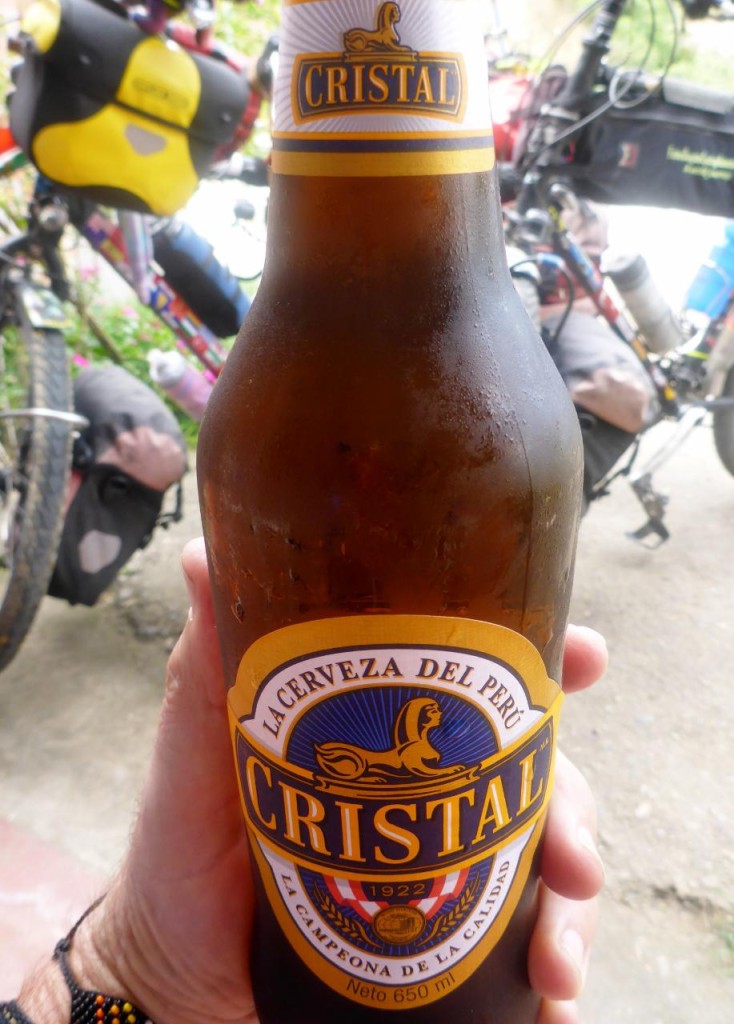