February 27, 2016 56 miles Before taking off this morning we both need brake work as all our braking especially in the rain seems to loosen out of adjustment. With that done we commenced a long 2 hour climb out of Canar before dropping into the valley of Azogues which is a major town before Cuenca. Here we stopped for a pork lunch after seeing one cooked on the side of the road. It was delicious especially with the two different types of local corn and maize bread. While there we struck up a conversation with Luis who lives here two months of the year and owns a masonry business in Long Island New York the rest of the year. Luis was born here but moved to the U.S. many years ago to start a business. He was eating lunch with two friends and invited us for a local tour and a night at his home which was a few miles up the road. So we loaded our bikes in his truck and were given a tour of all the local historical spots in Azogues and Biblian before being driven to his beautiful home in the hills overlooking a valley. We had a great time with him and his friends. He has invited us to his home in Long Island, N.Y. and we expect to cycle down the east coast of the U.S. around this September. As I frequently say, a trip like this is all about the people you meet.

February 28, 2016 We left Luis’ home, returned to the Pan-American Highway and were soon in Cuenca where we found a fine hostel for $22 per night and about a 10 minute walk from old town Cuenca. The highway became busy with two lanes each way and lots of bikers out for a Sunday ride. I immediately missed the simple Ecuadorian villages in the high Andes we have traveled through. There is a charm to this old style of living. But it is also fun to be back in civilization and enjoy a somewhat “easier” life whatever easier means.

After checking in and locking our bikes in a storage area we spent the afternoon walking around old town. There are cathedrals/churches everywhere you look. What is interesting about this is that only one was open – and this is Sunday! Go figure. On our walk back to the hostel we stopped in a mercado (market) and bought lots of food as we intend to spend three nights here to explore Cuenca. It is so nice to have a kitchen.

The city of Cuenca — in full, Santa Ana de los cuatro ríos de Cuenca — is the capital of the Azuay Province. It is located in the highlands of Ecuador at about 2,500 meters above sea level, with an urban population of approximately 400,000 rising to 700,000 inhabitants in the larger metro area. The centre of the city is listed as a UNESCO World Heritage Trust site due to its many historical buildings. Cuenca is well known for its stunning architecture, tourist attractions, hotels and night activities.

First inhabitants According to studies and archeological discoveries, the origins of the first inhabitants go back to the year 8060 BC in the Cave of Chopsi. They were hunters, hunting everything the Páramo offered them, and nomads, following the animals and seasons. Their culture is represented by tools such as arrows and spears, which have been found throughout the Andean valley. The culture was most present about 5585 BC.

Their technology was also advanced. For example, they started creating ceramics. In fact, ceramics constitute the greatest number of artifacts which archaeologists use to study their culture. The period from 5000 BCE to 2000 BCE is not represented well in the archaeological record. Beginning around 2000 BCE, the people developed a more highly organized society, demonstrating delegated responsibilities, such as the managing of water and control of plagues. People were specialized as administrative and religious authorities (known as shamans). This occurred during the periods of Chaullabamba, Huayco, Pirincay, Monjas, Putushio, Huancarcucho and Jubones. From then until 500 AD began the periods of Tacalshapa III and the Cañari people, who were absorbed into the Incas in the 15th century.

Spanish settlement The Spanish settlement of Cuenca was founded on April 12, 1557 by the explorer Gil Ramírez Dávalos. Andrés Hurtado de Mendoza, then Viceroy of Peru had commissioned the founding and ordered the city named after his home town of Cuenca, Spain. It was founded decades after other major Spanish settlements in the region, such as Quito (1534), Guayaquil (1538), and Loja (1548). Cuenca’s population and importance grew steadily during the colonial era. It reached the peak of its importance in the first years of Ecuador’s independence; Cuenca achieved its independence on November 3, 1820. It became the capital of one of the three provinces that made up the nascent republic. The other two capitals were Guayaquil and Quito.

February 29, 2016 Today we toured the city of Cuenca. We haven’t yet decided to stay another day or get back on the road tomorrow. 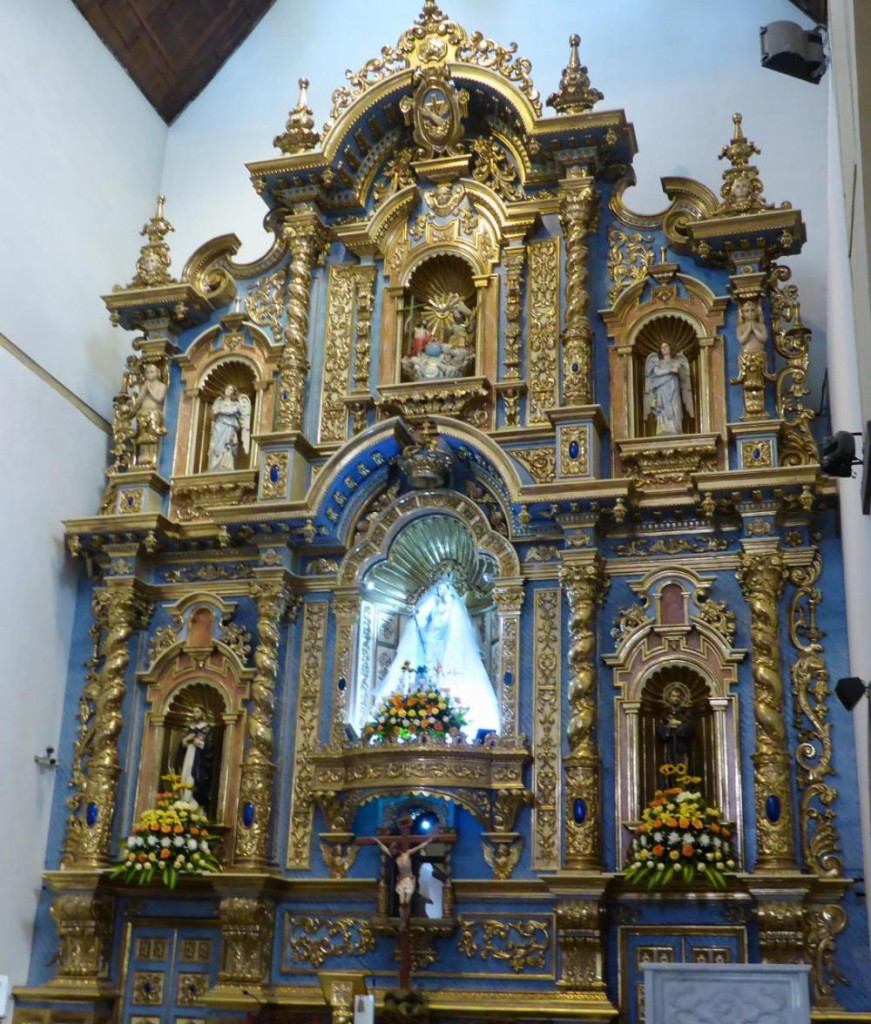 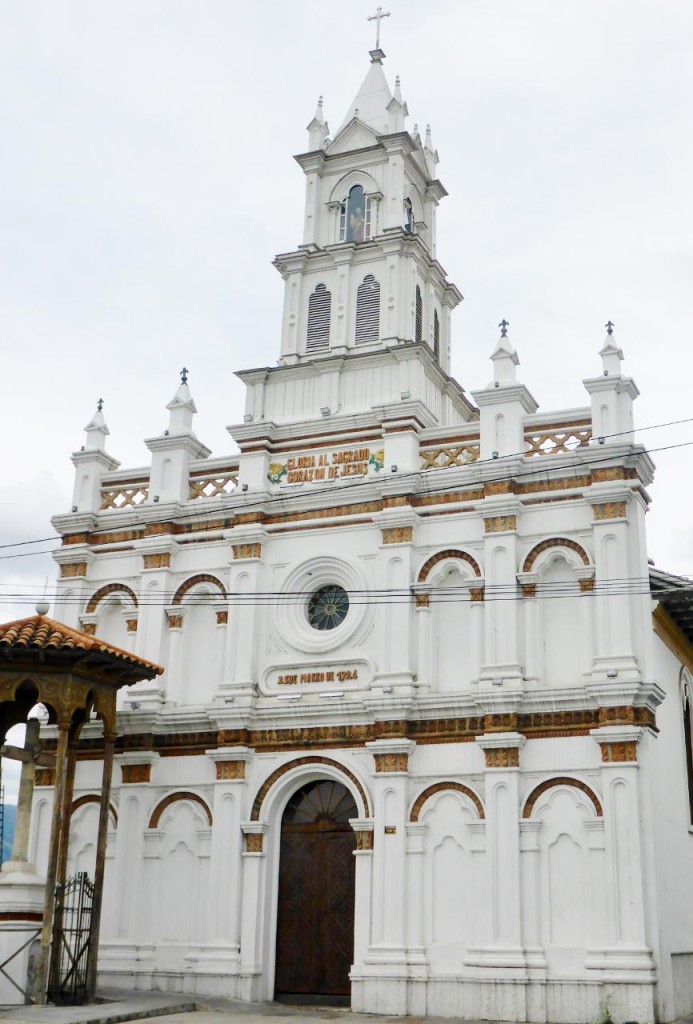 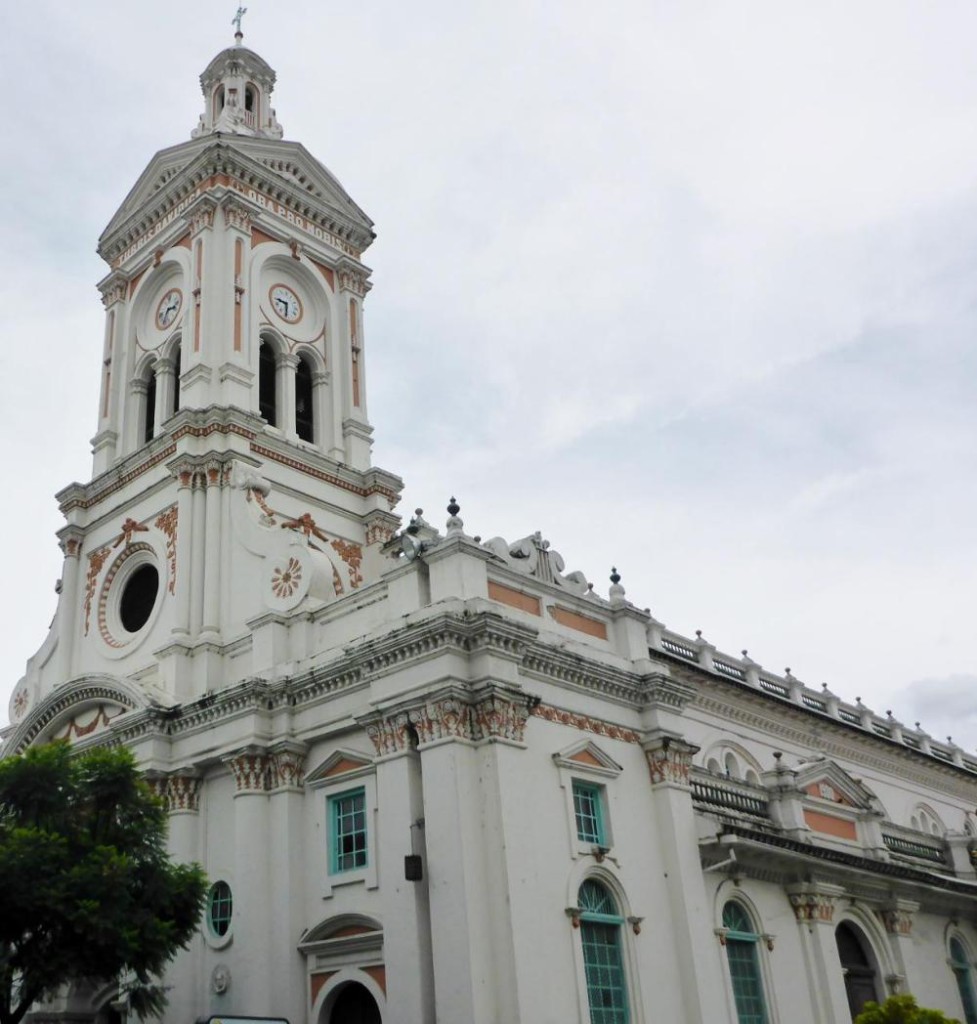 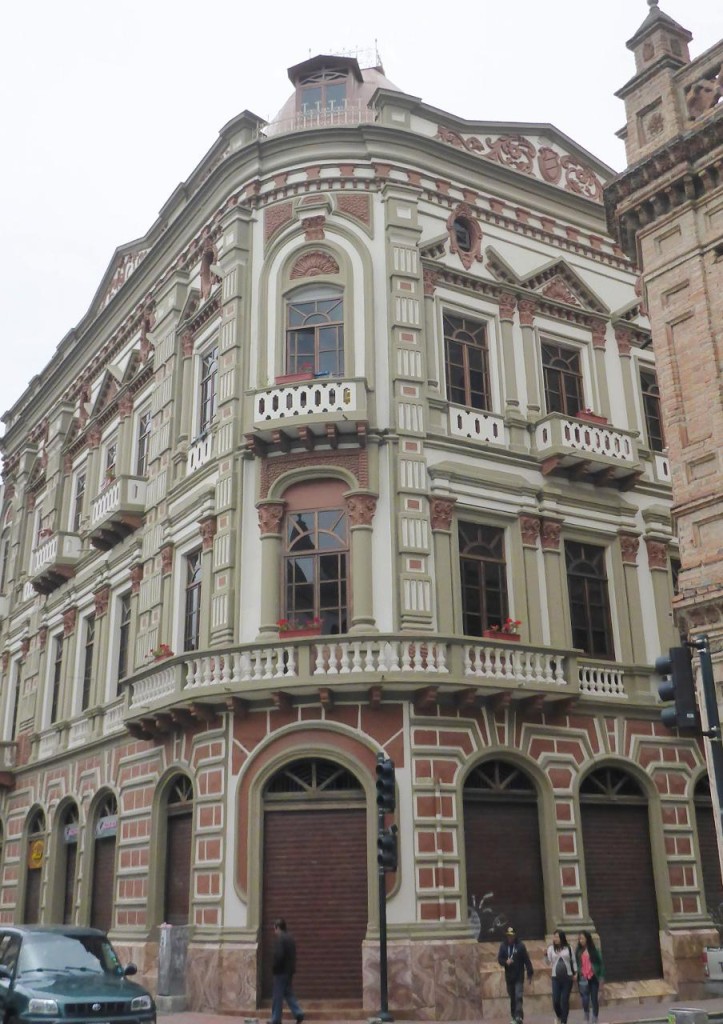 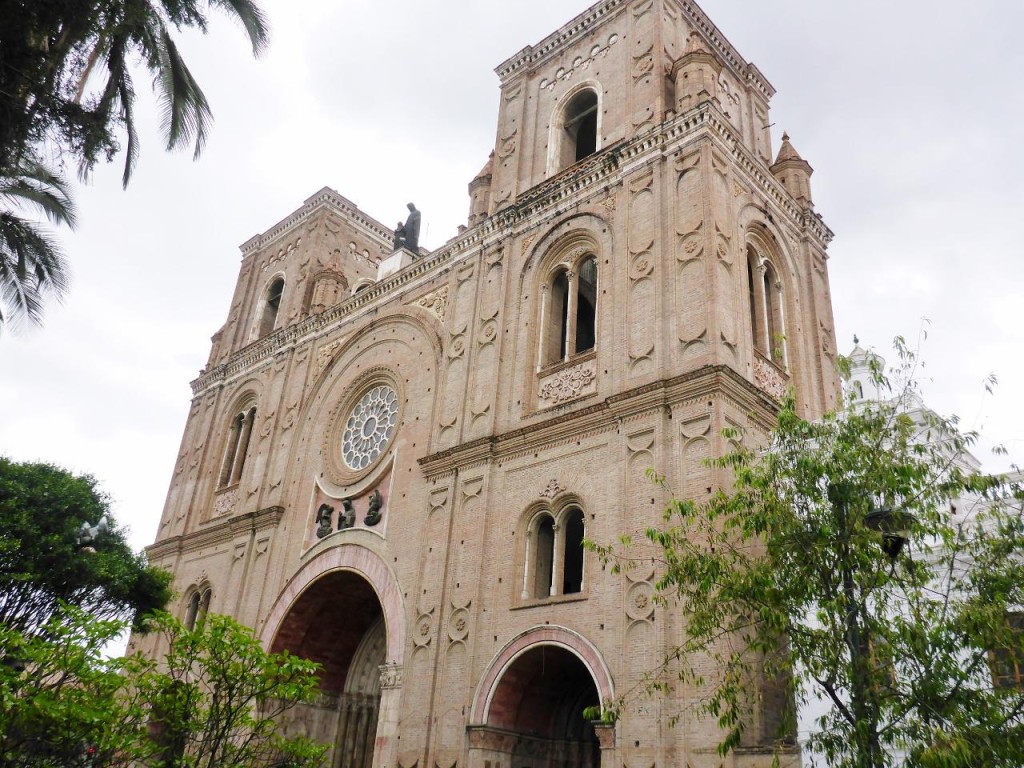 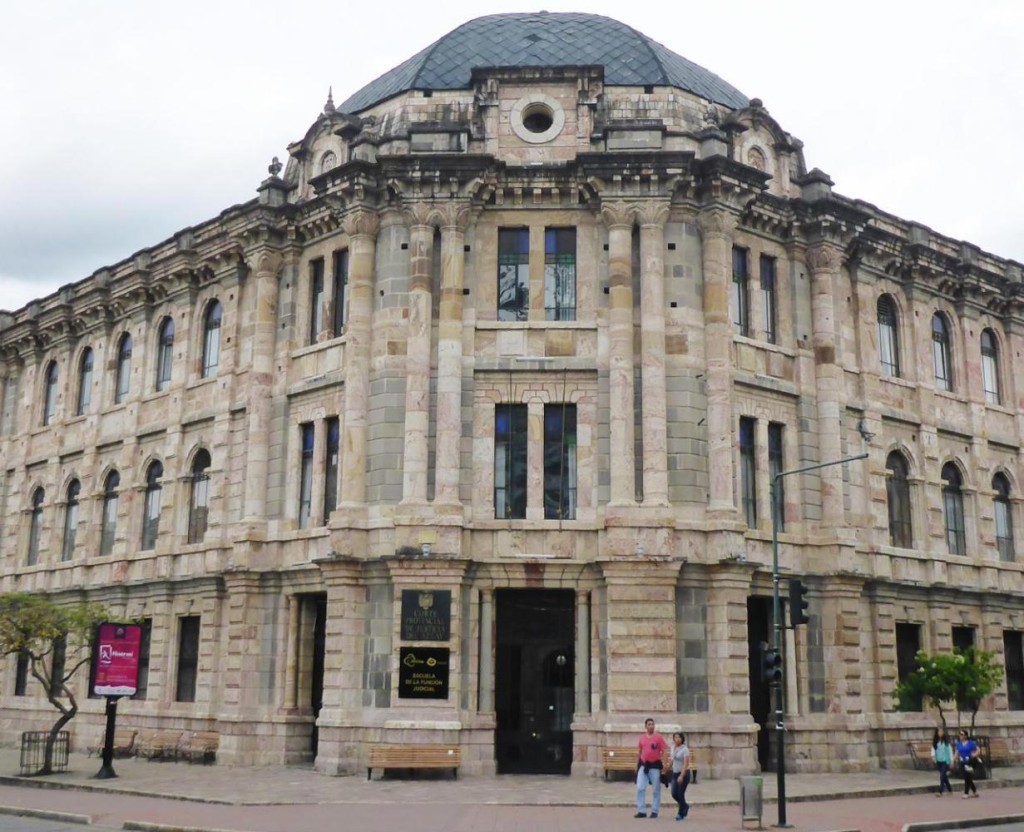 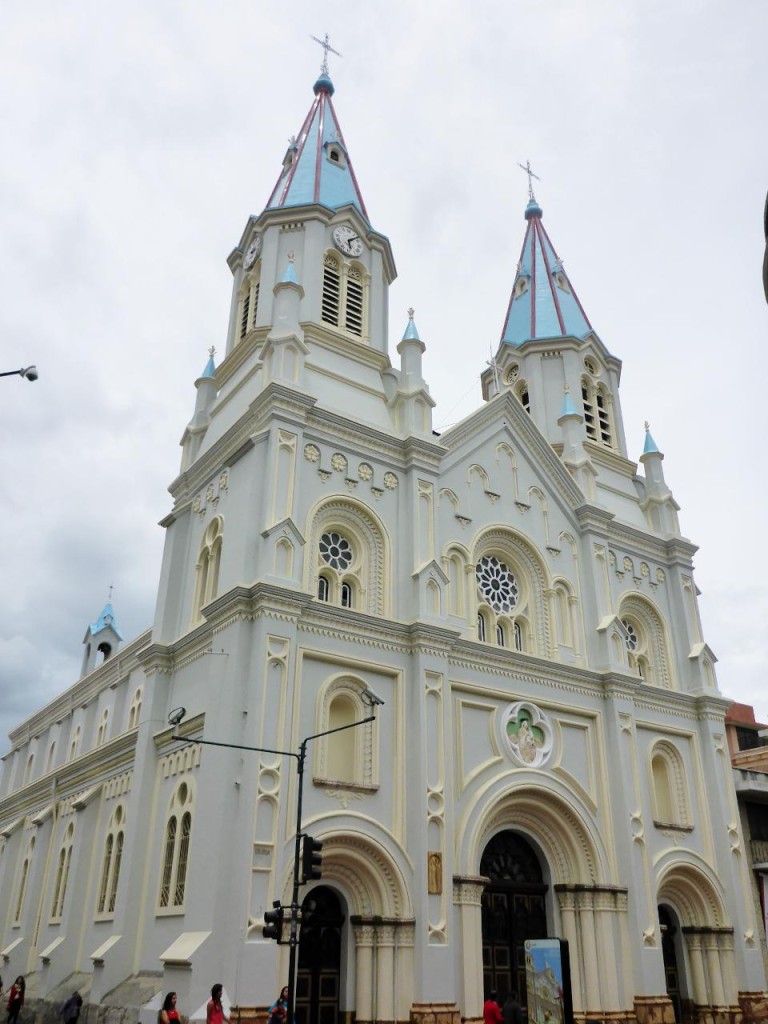 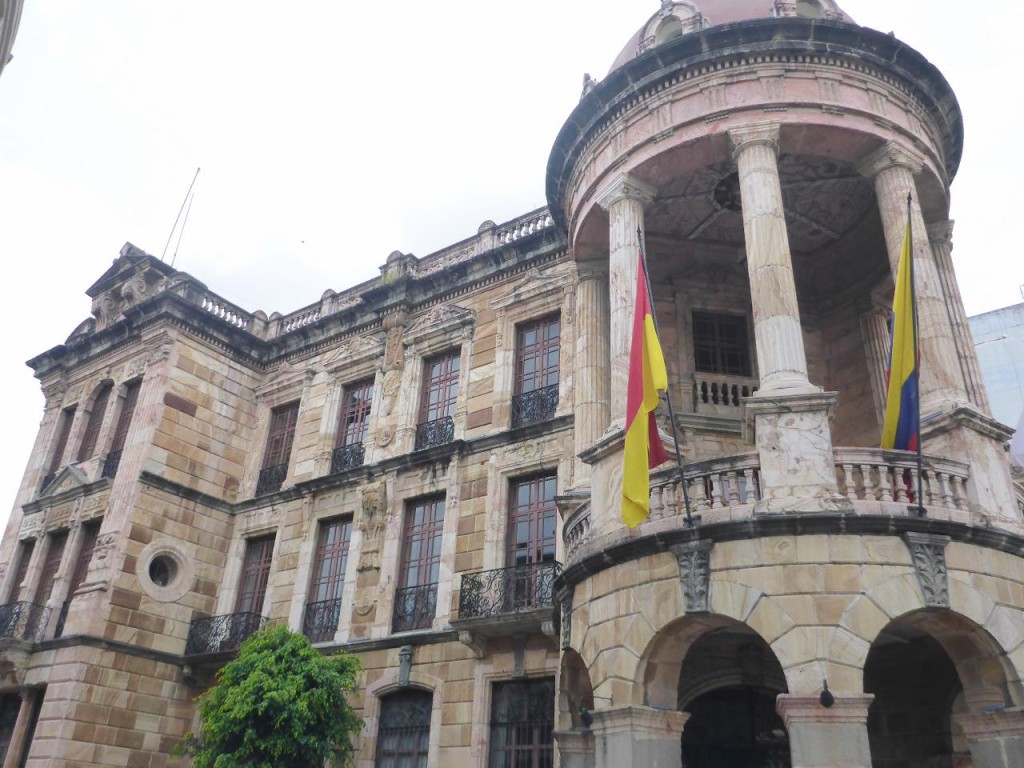 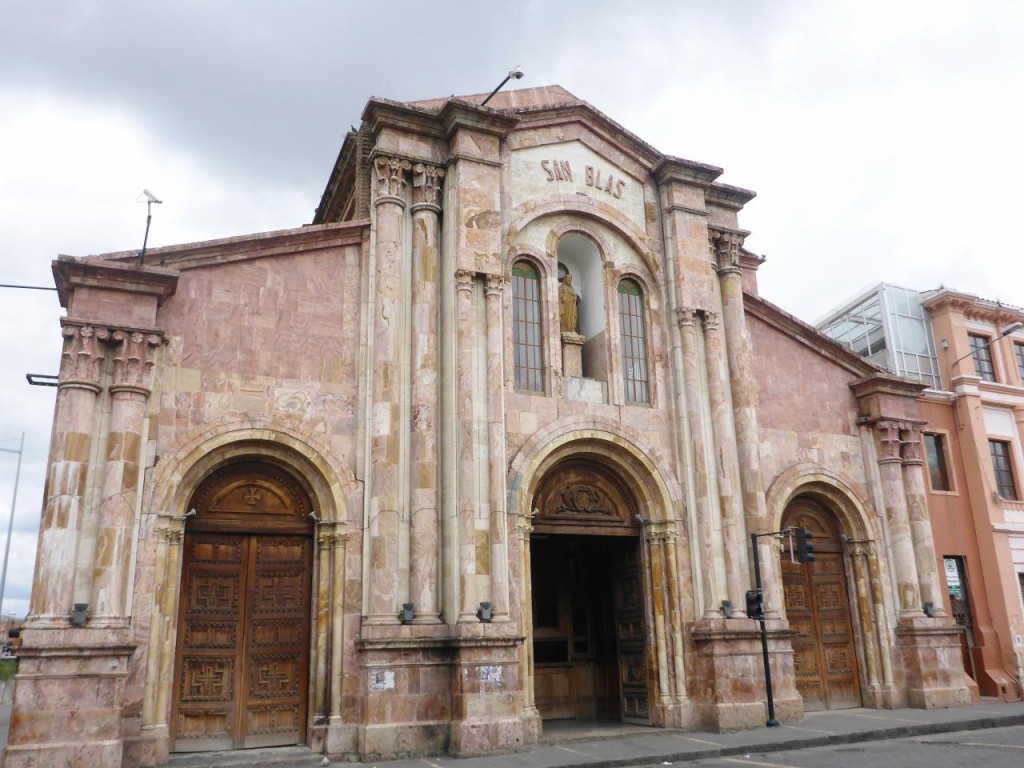 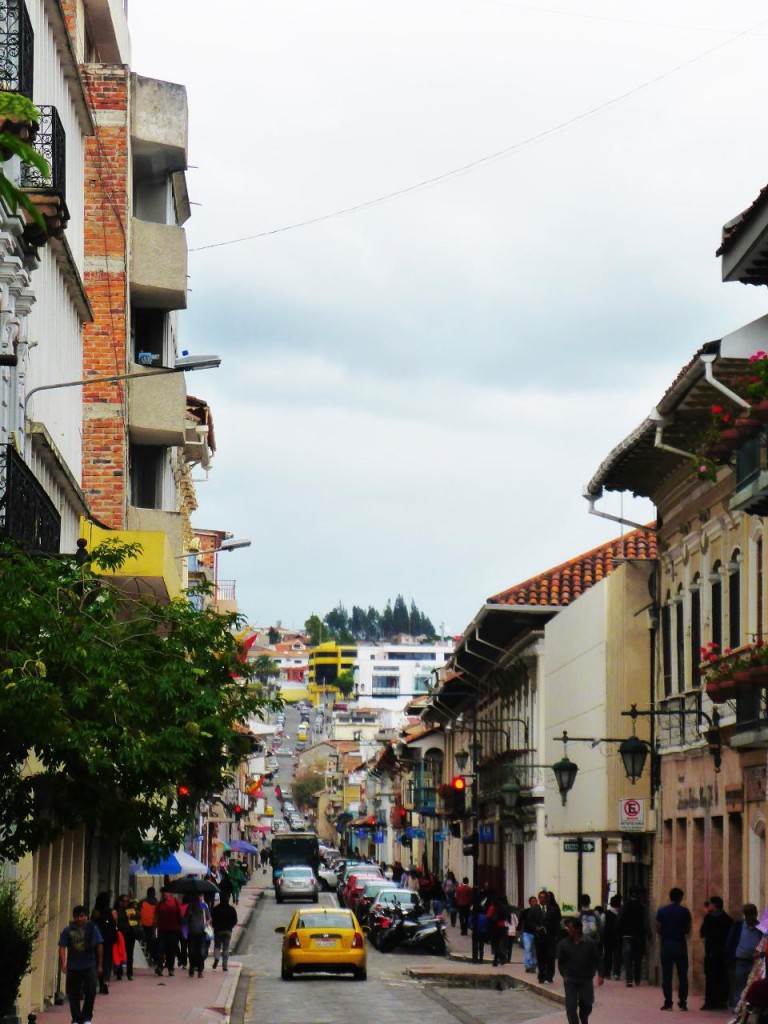 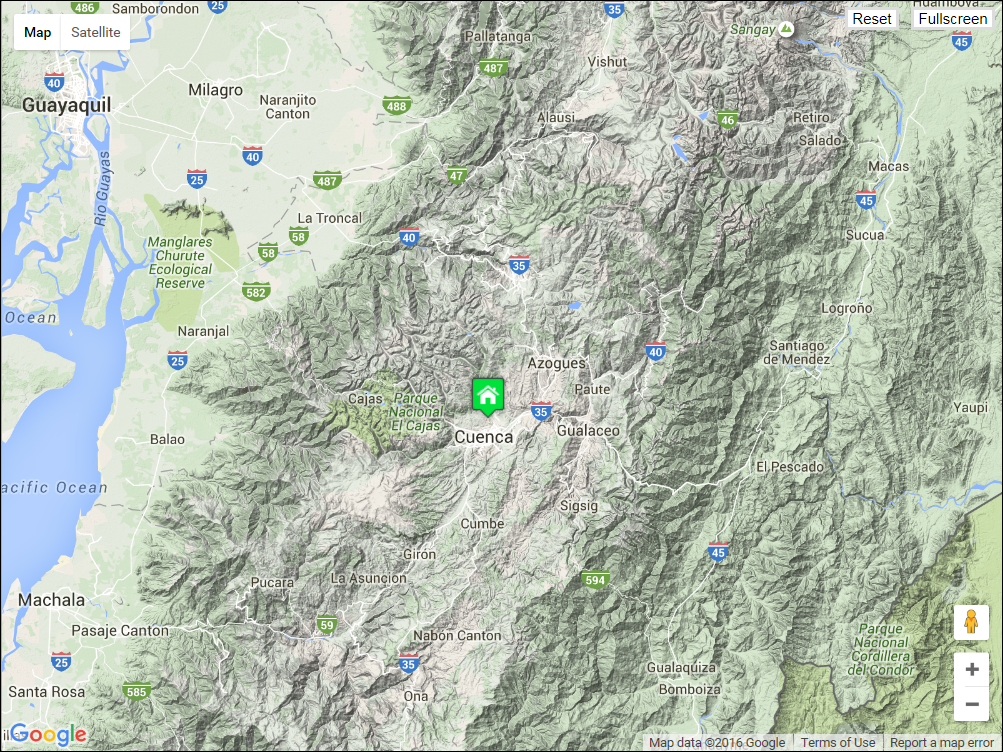