We got a good early start and cycled another long day in the increasing hills and headwinds. It was another day of no services so we had lunch of crackers and tuna at a rest stop. Sitting on a picnic table is a nice relief from the saddle. After a quick tensioning of our Brooks leather saddles we were back on our way with a more comfortable sit. The day seemed to last forever but we spotted an LCBO (Liquor Control Board of Ontario) sign above the general store in Upsala and decided to have a beer. Off in the distance was a large lake and what appeared to be a campground. The proprietor said that it is a campground so after purchasing a 6-pack we found a nice camp site on the lake, paid the $21 fee, and each had 3 beers while sitting on our picnic table in the shade. This was such a nice and unexpected break.

For those not familiar with alcohol sales in Canada it is somewhat confusing as it is controlled by the government with limited sale times and set prices. It was fine up until Ontario which has very limited hour. Most days’ sales stop at 6pm but in larger cities sales are open until 8 or 9pm on Fridays and Saturdays. Tomorrow is a “civic” holiday and sales are from 12-4. Those that have been following us know that we do enjoy our beer and wine especially after a long hot day on the road. In the U.S. beer is pretty much available in a small market like 7-11 and grocery stores – but not here. Some smaller towns may have only one licensed LCBO. We stopped at a small country store for a break of Twinkies and chocolate milk. The store did have an LCBO license and the guy ahead of me purchased two 24 packs of Busch beer. The cost of that was an astounding $87! The bottom line is that to enjoy a cold one takes a little bit of luck and timing. A few nights ago in the town of Ignace there just happened to be two restaurants that served beer with food. The motel was near The Tavern and across the street was an LCBO store. What a score that was.

We set up camp on Lake Upsala then returned to the general store for dinner ingredients and more beer. What a treat. It was a holiday weekend so there were many party people camping. So we used our earplugs to sleep.

The next morning Jocelyn cooked us a 6 egg omelet with hot dogs and broccoli. This was a very good start our goal for the day, Kakabeka Falls was further away but we did find a self-serve restaurant in Shabaqua Corners. After increasing hills, we made it to the falls and inquired about camping. It was $41 with no electric or water! After checking out the falls we continued to the Happy Land Campground and paid $34 which is still high.

This morning we had a short day so we “slept in” whatever that means in a tent. Earlier this year while in the country of Panama we met a fellow traveler, Gabrielle, whom Jocelyn became friends with. She is from Ontario and said to look her up if we ever pass through. Well, here we are staying with her parents, Elaine and Steve, in Thunder Bay. They immediately welcomed us into their home. Tomorrow we will take a break from riding and explore the area. 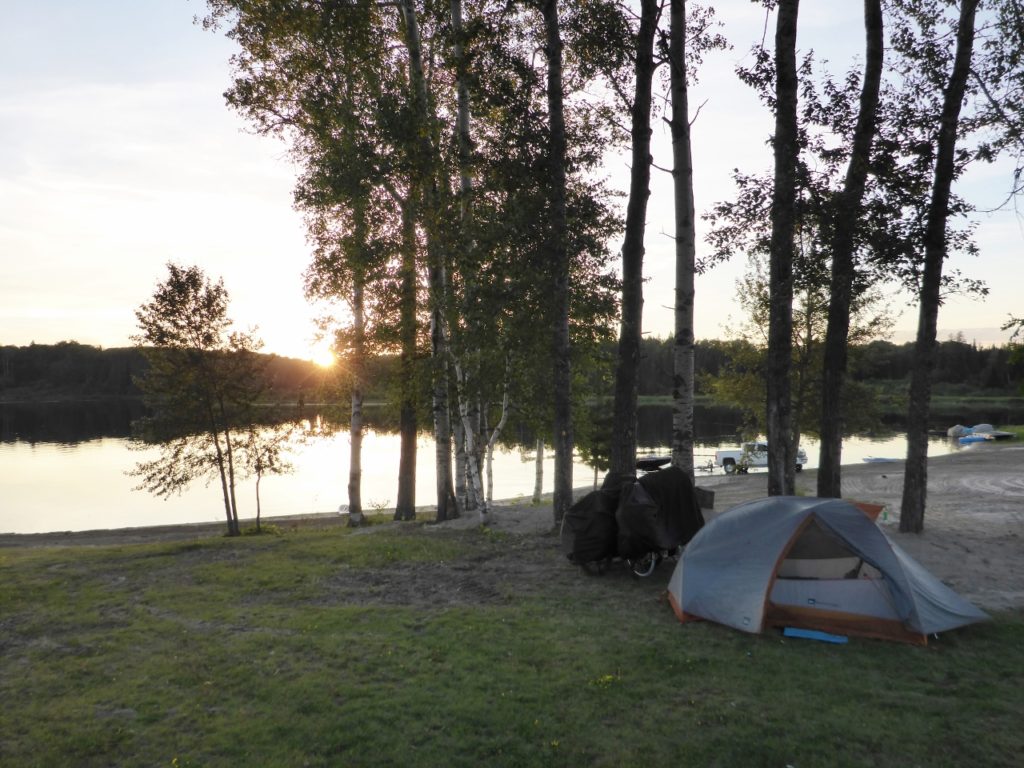 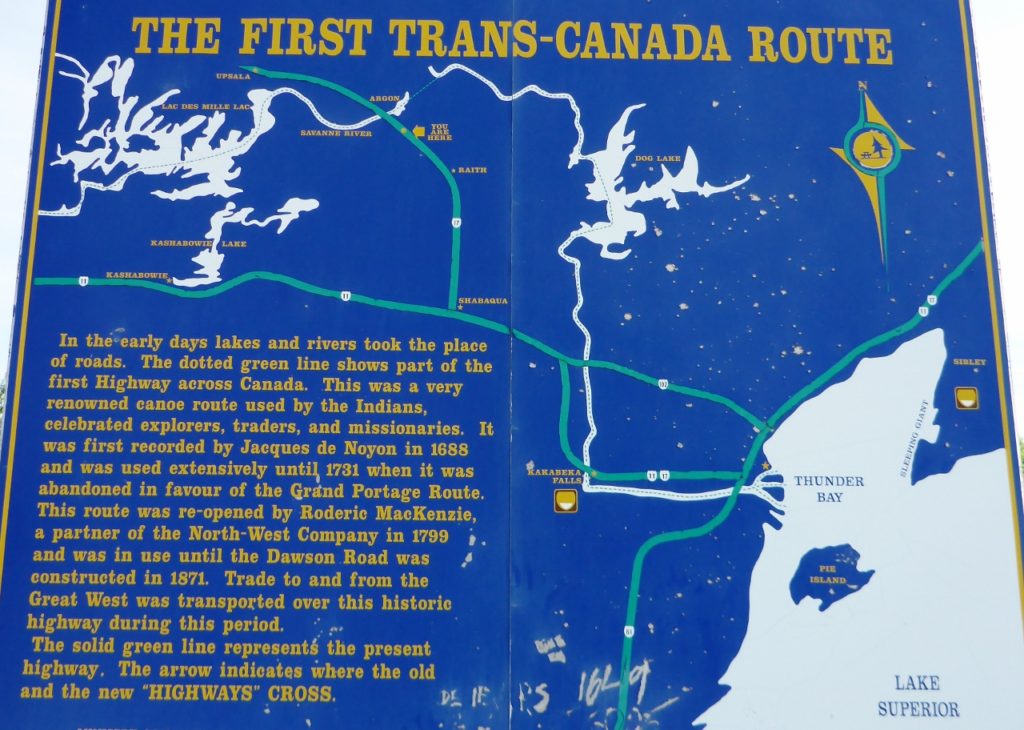 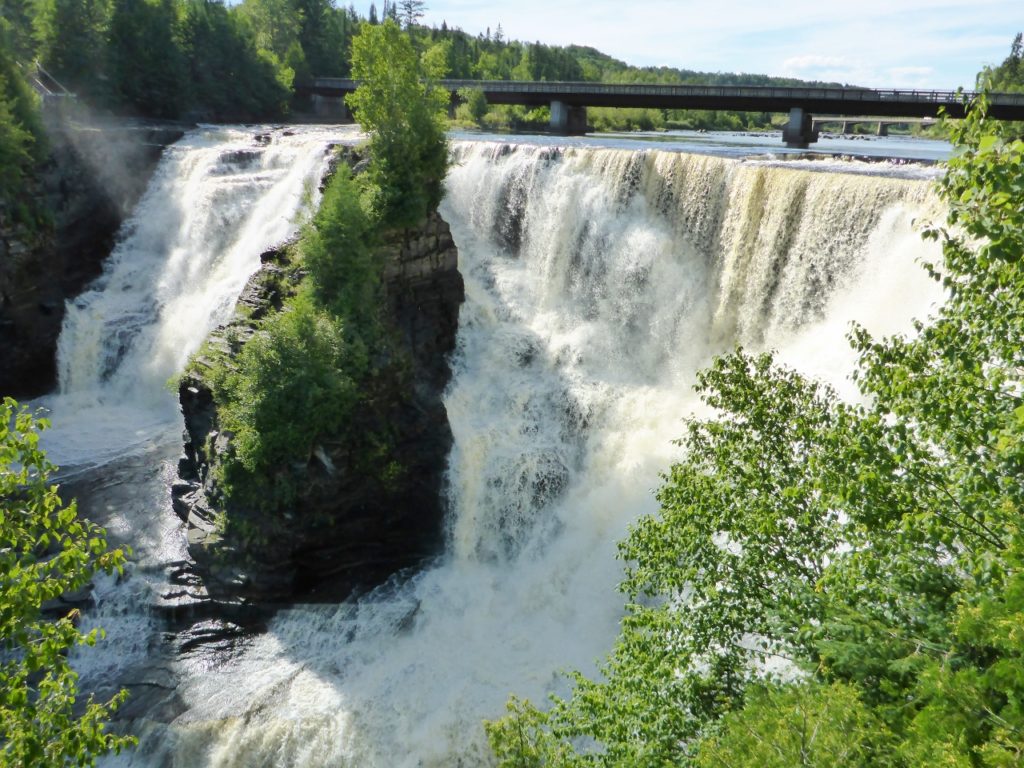 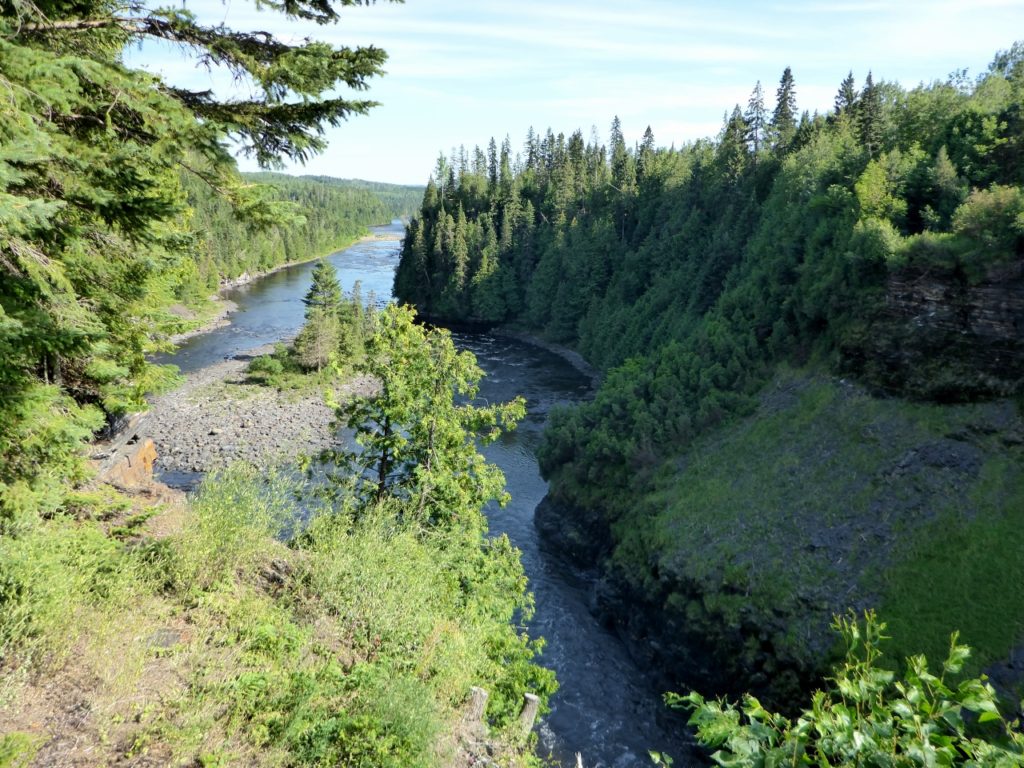 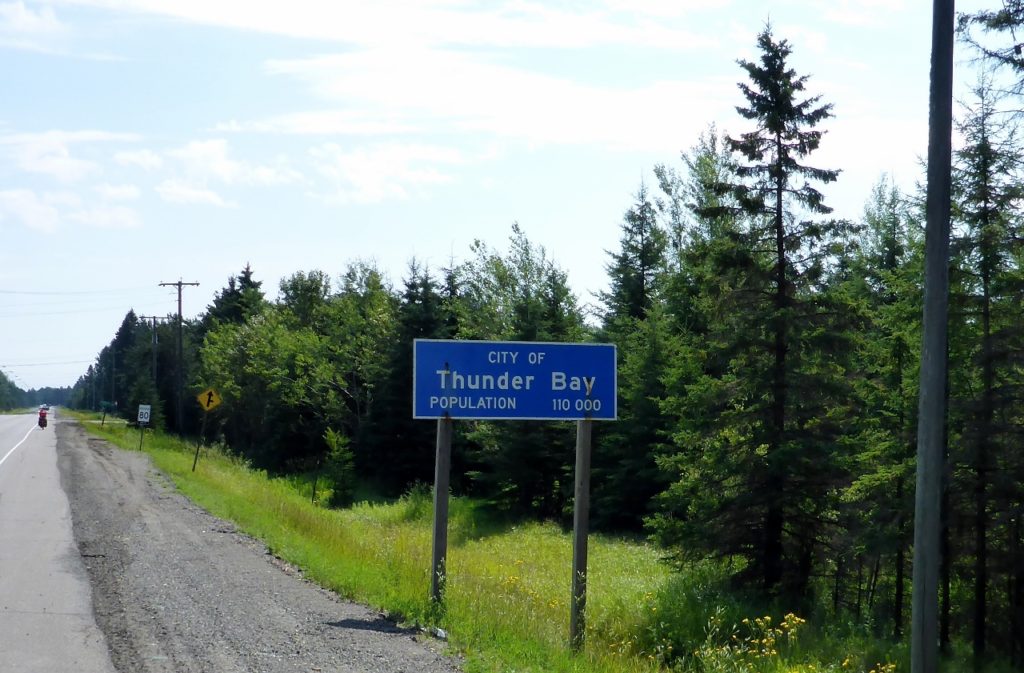