Our first ride without my wife and Jocelyn’s mother, Andee, turned kind of depressing as we missed her positive and happy ways. It was so fun having her around and helping to make us welcome everywhere we rode. But she was gone so we carried on without her. The first day it took us over two hours to exit Winnipeg on this quiet Sunday. We passed many housing projects where the houses seem to be on a zero lot line as they are so close together.

When we were back in the quiet countryside I was engulfed in a huge swarm of bees. Thousands of black dots buzzed through me and I tried to maintain steerage and not move as the bees covered me and started stinging. I have never been through an attack like this before and through the stinging I didn’t flinch because if I did they would have attacked me. I’m just glad I am not allergic to their stings but I did get about a dozen or so on my back, neck and arms. Fortunately, my head buff covered my entire head almost including my mouth. Between this and dog chases I don’t know what is worse.

Manitoba is known for unpaved shoulders and they appeared early afternoon. I do not understand where a country has graded shoulders but does not pave them. So we rode on the road or on the gravel shoulders or and on the tiny width paved shoulders with rumble strips. I don’t understand this at all. The road would go to a paved shoulder to nothing at all. Fortunately, most drivers respected us but then at times we thought we were back in Peru.

After a long day it started raining and we raced to the next campground, Pine Tree Campground. We have never been so attacked by mosquitoes as here. In fact, when we checked in the manager said there was no refund if the mosquitoes were bad. We had such a hard time setting up our tent as the swarms of mosquitoes were there to torment us. And they were huge! The rain was off and on so we had our rain gear on but the mosquitoes still tried to bite through the plastic. About a mile or so back was a gas station/restaurant so we walked there for dinner instead of trying to cook. What a miserable walk. I could never live here.

After dinner at the gas station we walked back and tried to hang out in a screen enclosed room. But even that was filled with mosquitoes. Sunset is now around 9:30 and we were in the tent before 9. After crawling in Jocelyn swatted all the mosquitoes and we had a good and long sleep. In the middle of the night you do not want to get up and pee. The days are so long and sleep is hard.

As we lay in the tent the mosquitoes just buzzed between the rainfly and the tent. They knew we were there. The next morning, they were still there waiting for us and knew when we would exit. I know they provide food for other animals but this is ridiculous. We are from Florida where mosquitoes are everywhere on the coast but we have never seen this before.

The next day the first few hours were spent swatting away horse flies. Bugs do love Canada.
After an all-day ride on again off again paved shoulders we made it to the town of Kenora, Ontario where we found a last room in a hotel before we tackle the northern route to Thunder Bay. This is a hard place to get a room in the summer. Since we were in town there was no camping.

Last night we had a fun dinner of mussels and fries along with excellent local draft beer at the Lake of the Woods Brewery. We then had one of our favorite Canadian rides so far as we rode a hilly 55 miles along many beautiful bright blue lakes. It was a really fun ride with nice shoulders and just enough hills to make it a bit challenging. At the end of the day we reached Crystal Lake Campground on Vermilion Bay, Ontario. We were glad that there were very few mosquitoes. At our campground two nights ago I had my first puncture since Nicaragua. I still can’t believe I did not have any punctures in South America, even after all the rough roads we traveled. When I changed the tube I could not find the source of the puncture so I used a new tire. After setting up camp I inspected the old tire and finally found a tiny less than a ¼ inch shredded tire wire. Hard to believe that that could get through the tire but it did just enough to puncture the tube.

We continued riding and putting in long beautiful miles even though whenever we slowed the mosquitoes and blackflies swarmed us. We haven’t seen blackflies since the west coast of New Zealand. Fortunately, once moving they don’t follow but they do bite and run fast. We are in long stretches of nothing and last night camped in a rest stop that had bear trash cans. This is a picnic area only but since we didn’t want to ride after dark we were determined to stay no matter if someone wanted us to leave. The paved shoulders have gone down to about 8 inches in most areas. When we woke this morning there were two other cyclists camping near us. By the time we left they were still in their tents. After three hours we entered the small town of Ignace, Ontario and after lunch decided to get a cheap motel room since there are no other campgrounds for another 60 miles. After a few days of camping it sure is nice to wash clothes, have a shower and just get out of the flying biting things. 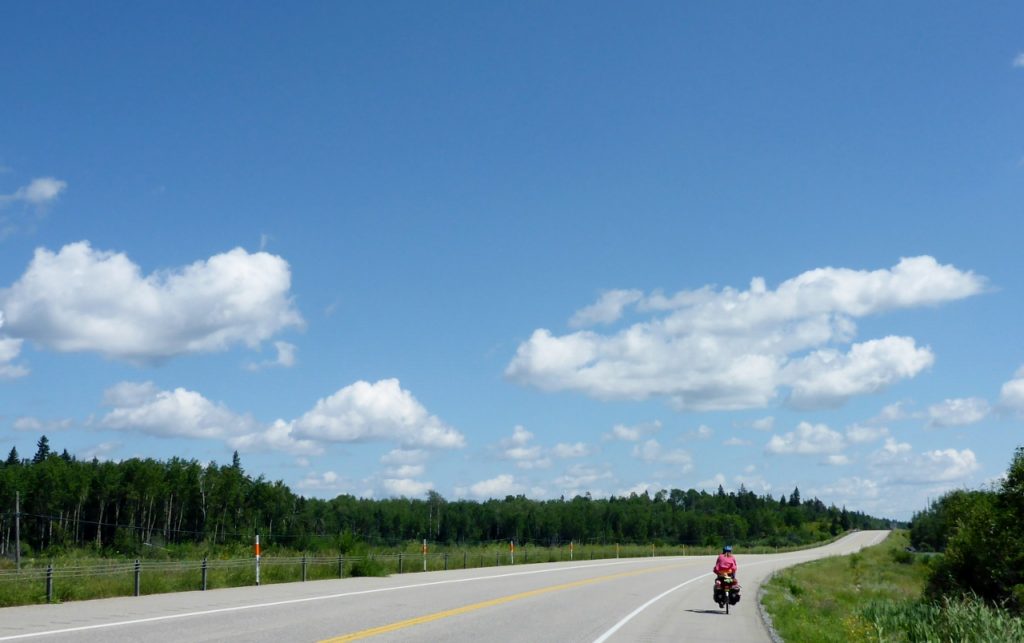 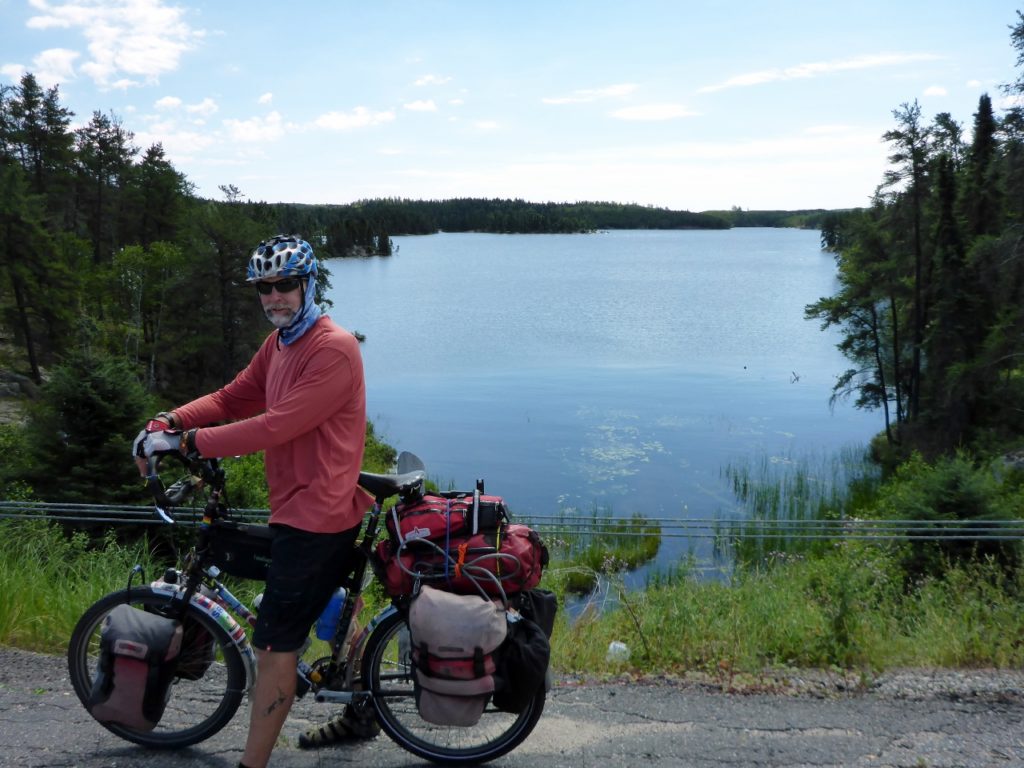 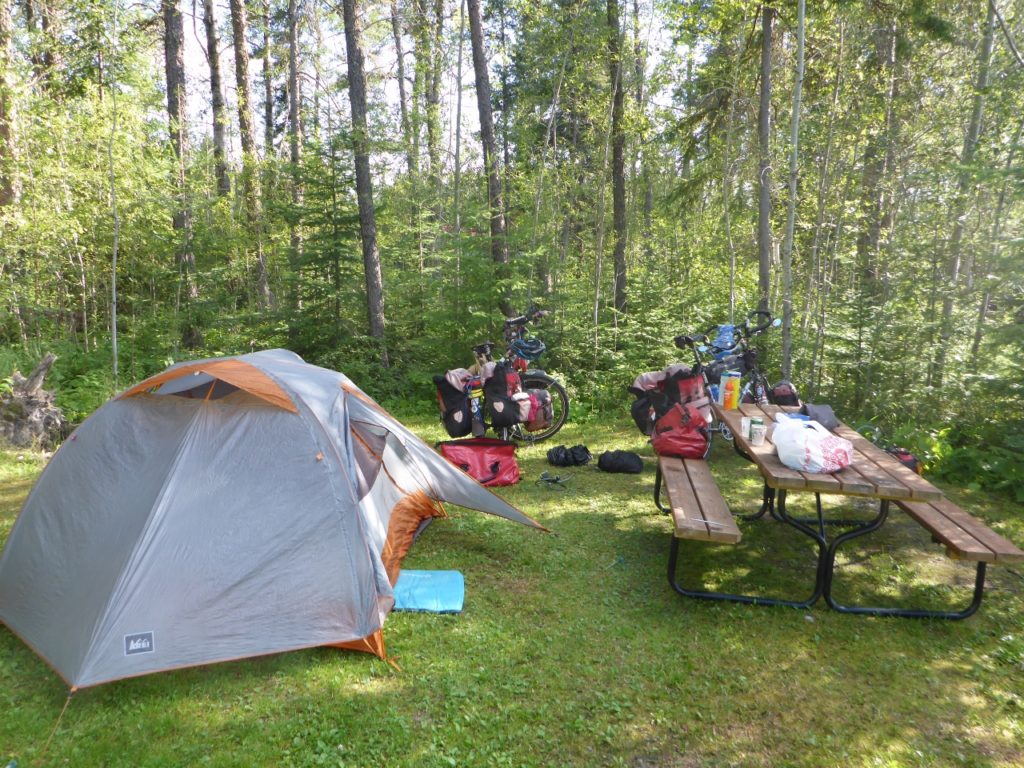 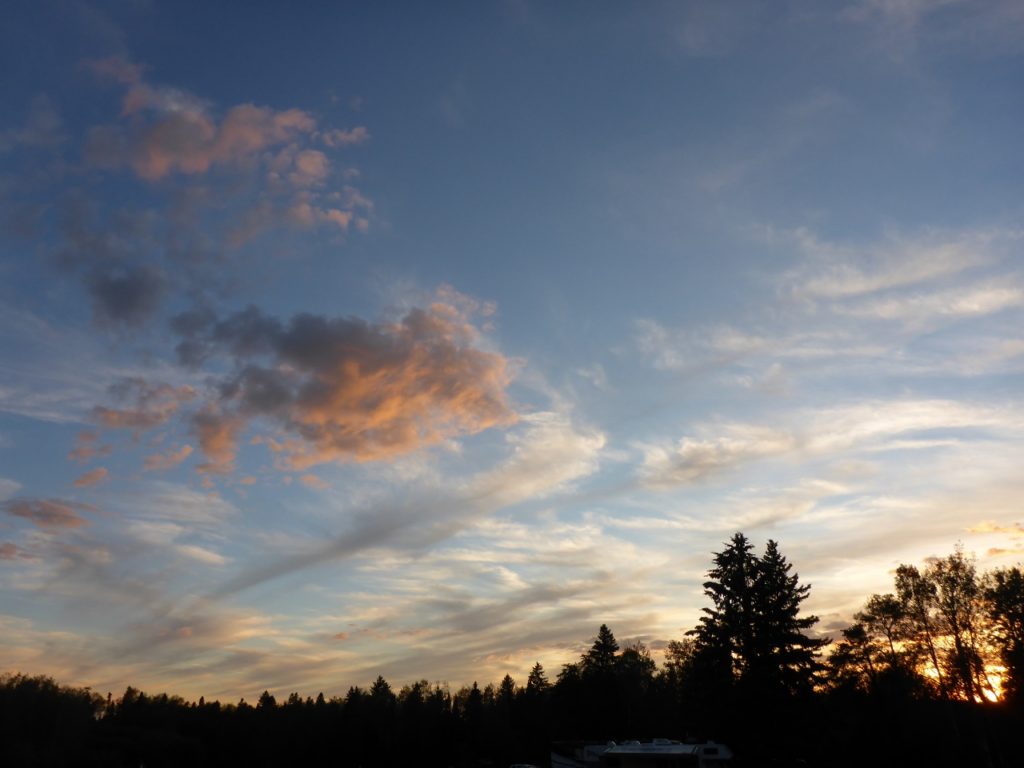 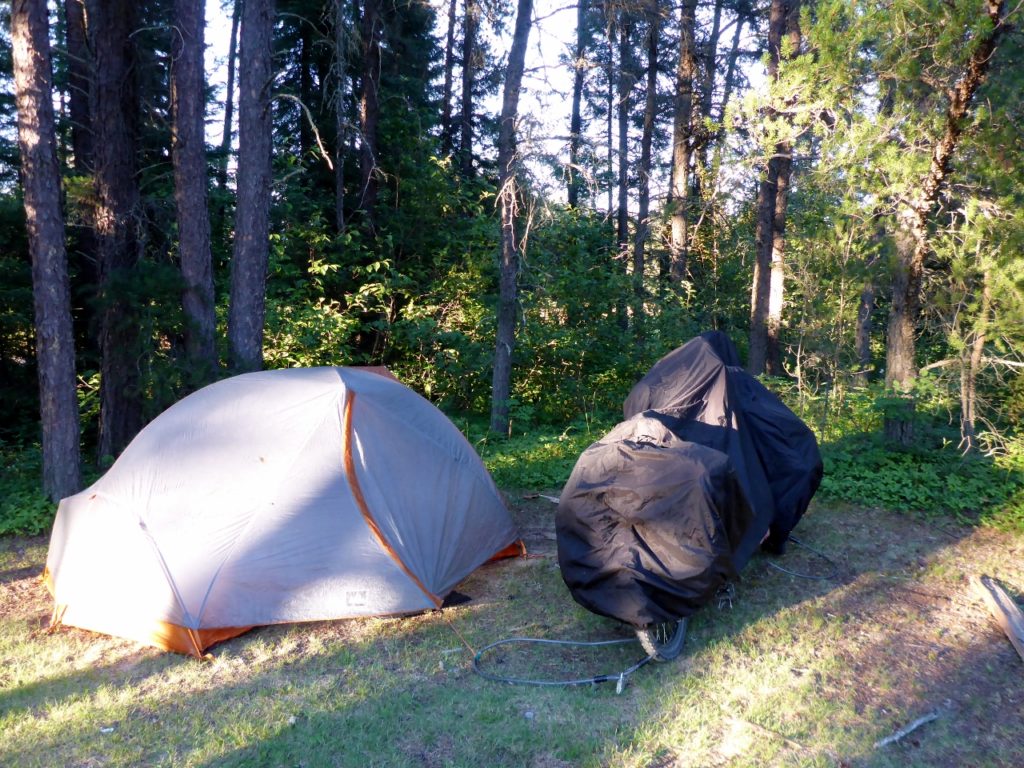 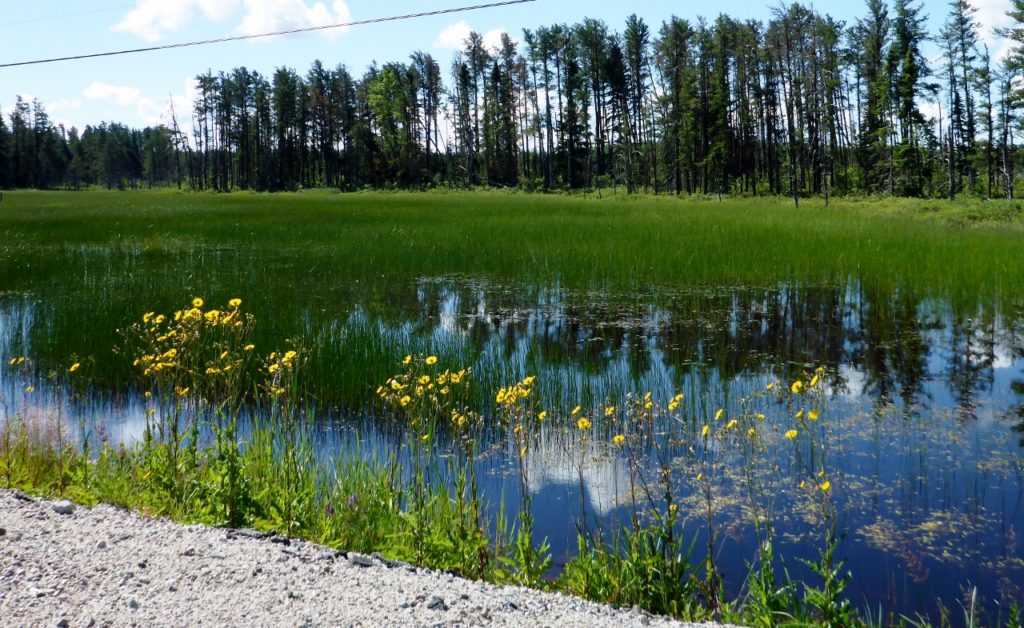