February 10, 2016 Descending from San Agustin took less than five minutes, a huge difference from the over one hour climb. We backtracked about 15 miles before making a turn towards Macoa. Soon we were climbing again in the rain. Around 4:30 we started looking for a place to camp just to get out of the heavy rain and cold. The road was very quiet and we soon came upon a restaurant and talked about our options. We decided to hitch a ride to Macoa. A truck stopped at the restaurant and we asked the driver about a ride. He agreed since he was headed there too so after a nice hot bowl of fish soup we were lying in the back of his truck full of jackfruit and descending on a very winding road. The only 40 more miles to Macoa took almost two hours over the rocky road. At one point he asked us to lie down and hide through a Colombian military checkpoint. I kept wondering if the guards would see our bikes but we got through. We kept thinking about him driving to a local guerrilla camp for them to kidnap us after all it was dark and the road very bumpy and winding. I was ready with my Delorme SE two way satellite communicator as it has an SOS button to activate when in trouble anywhere in the world. Fortunately we didn’t need that. We did arrive in Macoa after 8 and immediately saw a large well lit Hotel sign. What a day! The riding was great although cold and wet and the truck ride was quite the adventure – for our minds. I don’t think we will do that again and we broke our number one rule which is to not be out at night with our bikes. We finally got to bed after 11.

February 11, 2016 We slept in a little until 7:30, had a delicious breakfast and then on the road. Getting out of Macoa was quite the challenge during rush hour, hills, and one way traffic on most streets. Jocelyn’s excellent navigational skills did get us out and into one of our favorite jungle rides as we descended the Andes Mountains. What a beautiful ride through the jungle, rivers, waterfalls, and extreme plants and trees. And the sun was out! We haven’t seen the full sun for over a week. Here in Colombia we have experienced very cold freezing rain and intense heat. We do prefer the heat. We are slowly making our way to Ecuador, maybe in another day or two. We have heard that at this crossing we are headed to, not the typical Pan-American Highway crossing, is not always open. This is another road less traveled.

February 12, 2016 We were up for an early start but the very heavy rain changed our minds. There is not much drainage for the roads which were quite flooded so we decided to do a wait and see. During this time we were able to make future travel plans online. In April my niece Mariah is getting married in Hawaii and we don’t want to miss that. We now have reservations to fly from Cuzco, Peru to Hilo, Hawaii a trip of 29 hours since all flights from South America to Hawaii go through Los Angeles. Before that we want to hike part of the Inca trail to Machu Picchu. Reservation and permits are required for this and the April timeframe is busy. We finally left at 10 and after an hour the road stopped and became rocks, gravel, and mud. Every once in a while there was a small paved section but mostly unpaved. We deflated our tires to 40psi. Whenever we stopped cars and trucks stopped to ask if we were ok. We got a few offers for rides but declined. We continued riding and walking until the next town which had no power. We found a room for $5 and settled down for a long night of reading. There is still another 40 miles or so to the border of Ecuador. This is adventure cycling.

February 13, 2016 We achieved Ecuador! What a tough two days over mostly rocky unpaved roads. Occasionally there was a paved area and we have to wonder why it was like this. The border was a delight as both Colombia and Ecuador Immigration was 3 km past the border in the same office. We checked out of Colombia and checked into Ecuador in the next line. It is a quiet border crossing and we were the only ones in the office.

Cycling the frontier area of Ecuador was a stark contrast to that frontier area of Colombia as the road was nicely paved, and the homes much nicer. We stopped in the city of Lago Agrio and found a hotel and were very surprised that once again the American dollar is the currency of Ecuador. That makes three countries now that uses the American dollar: El Salvador, Panama, and Ecuador. What a very difficult but rewarding week.

Now that we have been in the two most popular American tourist countries of Costa Rica and Panama we believe that those countries north and south, Nicaragua and Colombia, have so much more to offer. The prices are way cheaper, the countries beautiful along with very friendly people. 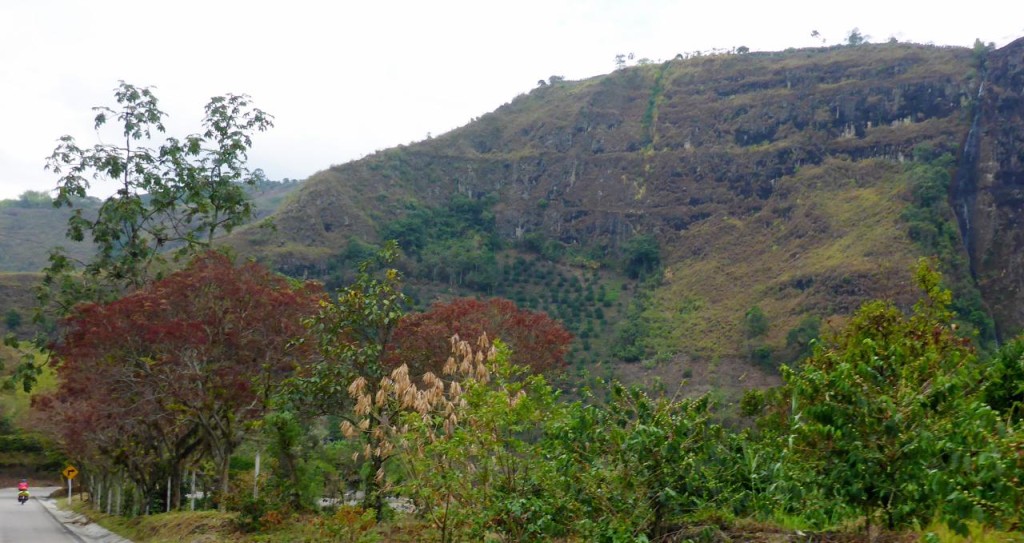 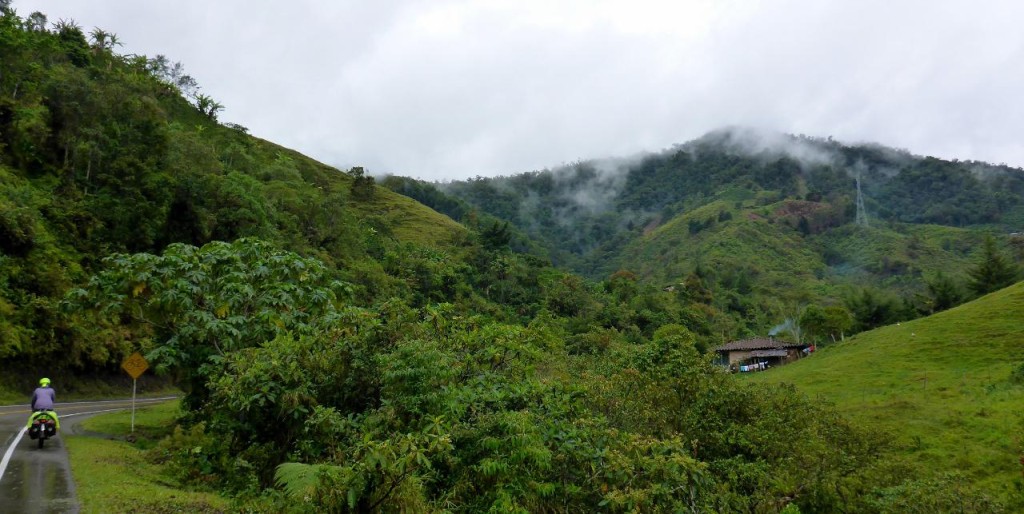 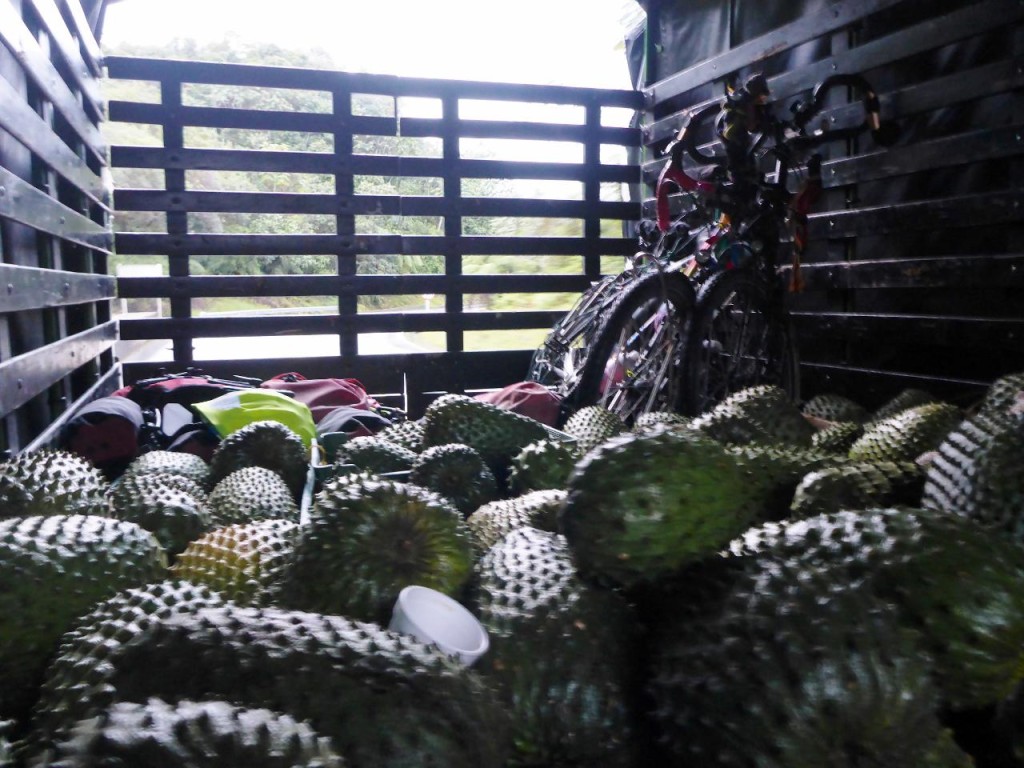 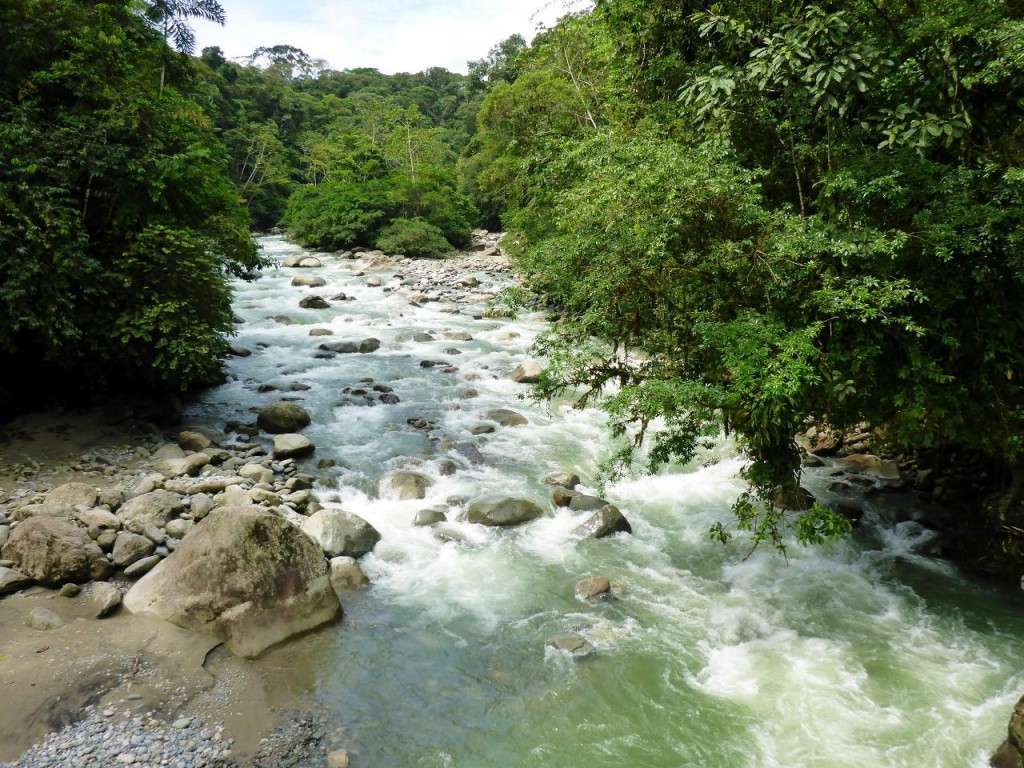 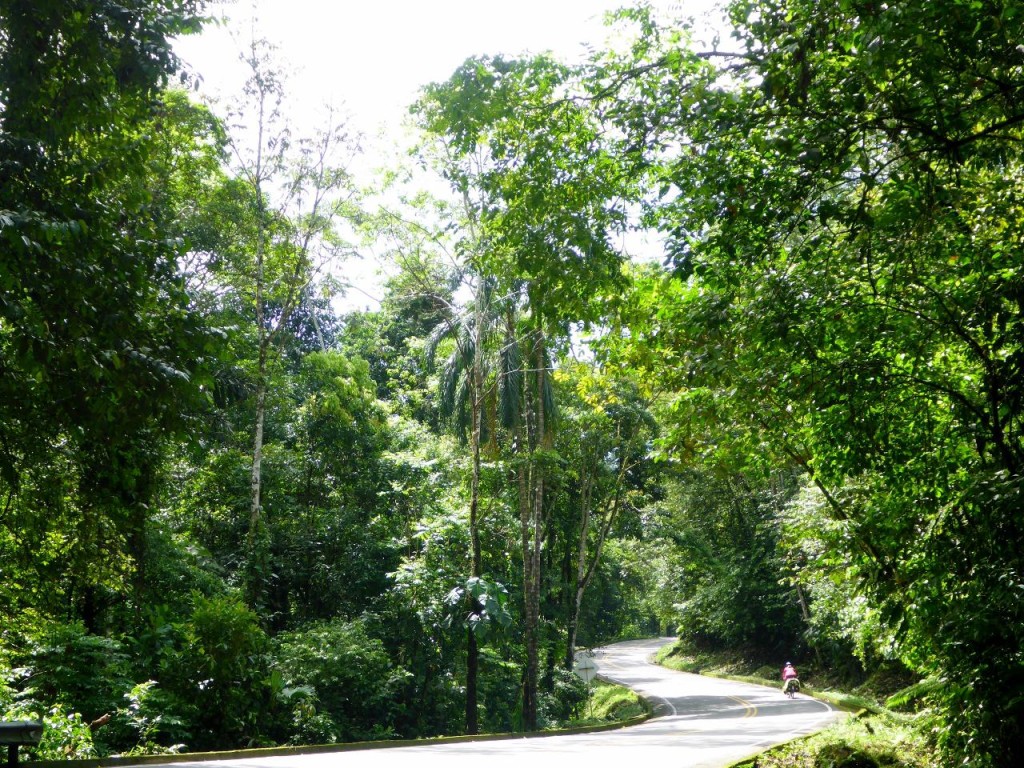 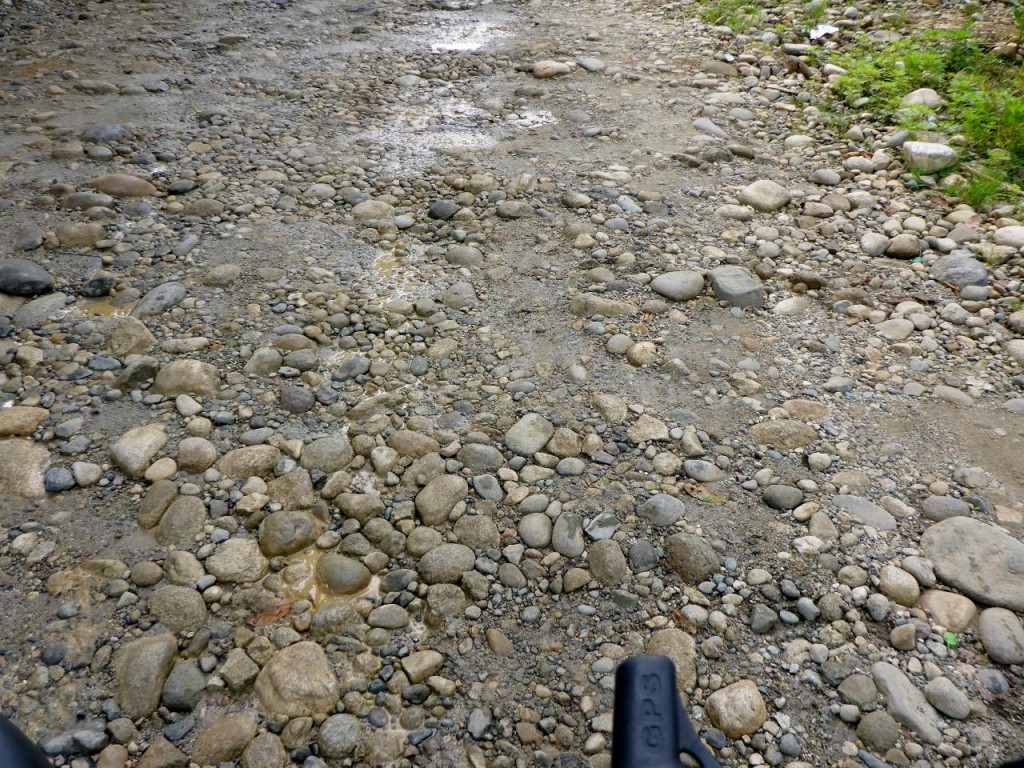 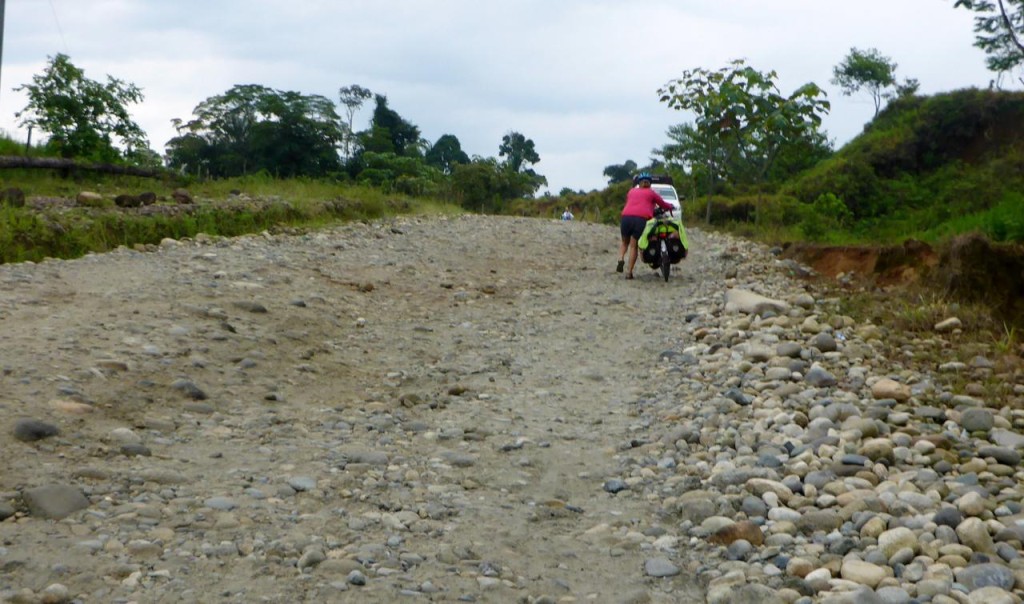 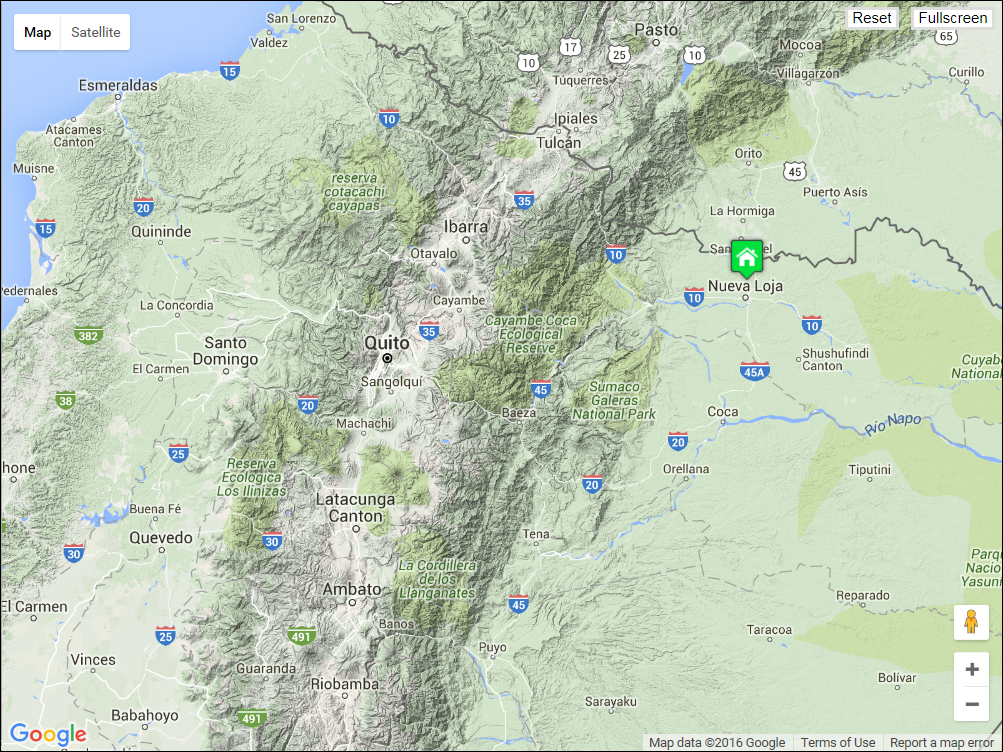