We bused the 112 miles from Pisca to Nasca to avoid the Easter traffic and lick our wounds from the robbery. Jocelyn had read about this town and the Nasca Lines made by the Nasca Indians about 2,000 years ago. They are in various animal forms and must be viewed by aircraft from about 400 meters altitude. Yesterday afternoon we made the awesome flight to view this ancient culture and history.

The Nazca Lines are a series of ancient geoglyphs located in the Nazca Desert in southern Peru. They were designated as a UNESCO World Heritage Site in 1994. The high, arid plateau stretches more than 80 km (50 mi) between the towns of Nazca and Palpa on the Pampas de Jumana about 400 km south of Lima. Although some local geoglyphs resemble Paracas motifs, scholars believe the Nazca Lines were created by the Nazca culture between 500 B.C.E. and 500 C.E. The hundreds of individual figures range in complexity from simple lines to stylized hummingbirds, spiders, monkeys, fish, sharks, orcas, and lizards.

The designs are shallow lines made in the ground by removing the reddish pebbles and uncovering the whitish/grayish ground beneath. Hundreds are simple lines or geometric shapes; more than 70 are zoomorphic designs of animals such as birds, fish, llamas, jaguars, monkeys, or human figures. Other designs include phytomorphic shapes such as trees and flowers. The largest figures are over 200 m (660 ft) across. Scholars differ in interpreting the purpose of the designs, but in general, they ascribe religious significance to them.

Due to its isolation and to the dry, windless, and stable climate of the plateau, the lines have mostly been naturally preserved. Extremely rare changes in weather may temporarily alter the general designs. As of recent years, the lines are said to have been deteriorating due to an influx of squatters inhabiting the lands.

Today we took another day off to rest and ended up on a private tour of the Cemetery at Chauchilla.

Chauchilla Cemetery is a cemetery that contains prehispanic mummified human remains and archeological artifacts, located 30 kilometres (19 mi) south of the city of Nazca in Peru. The cemetery was discovered in the 1920s, but had not been used since the 9th century AD. The cemetery includes many important burials over a period of 600 to 700 years. The start of the interments was in about 200 AD. It is important as a source of archaeology to Nazca culture. The cemetery has been extensively plundered by huaqueros (grave robbers) who have left human bones and pottery scattered around the area. Similar local cemeteries have been damaged to a greater extent. The site has been protected by Peruvian law since 1997 and tourists pay around seven U.S. dollars to take the two-hour tour of this ancient necropolis. The site is by the Poroma riverbed and can be accessed off a dirt track from the Panamerican Highway. In 1997, the majority of the scattered bones and plundered pottery were restored to the tombs.

The bodies are so remarkably preserved due mainly to the dry climate in the Peruvian Desert but the funeral rites were also a contributing factor. The bodies were clothed in embroidered cotton and then painted with a resin and kept in purpose-built tombs made from mud bricks. The resin is thought to have kept out insects and slowed bacteria trying to feed on the bodies.

The following is Jocelyn’s excellent description:

In the desert of Southern Peru, lies one of mankind’s historical mysteries. The Nazca Lines, geoglyphs etched into desert sand, were constructed for religious ceremonies to pray for water and life/fertility. The Nazca Lines are possibly open air temples. The most famous lines portray familiar creatures but there are thousands of geometric lines that can be seen throughout the valley. The Nazca people were a civilization dating roughly from 100 B.C- 700 A.D. Eight hundred years these people survived by constructing underground aqueducts that are still used today. They lived in the harshest and driest of conditions, where their bodies adapted to. They were very small people that barely ate meat and didn’t need to drink much water. The people collapsed and faded from history possibly from an Inca take over. They believed in human sacrifices, where many of the sacrifices were babies that had no sin, ultimately “pure.” We flew over the most famous of the Nazca Lines yesterday. It was magnificent to see how large these images are and how precise the geometric shapes are. They were very skilled and focused people.(we both got very sick from the flight haha) Today we visited the Cementerios de Chauchilla, where a specific bird that buries it’s home into the sand helped archeologist find this enormous cemetery in the 1920s. Many grave raiders stole things inside and threw around the bodies but it was finally protected by Peruvian law in 1997. The mummies are so well preserved because of the dry desert and the process the Nazca used before buriel. The bodies were clothed in cotton(as you can see in the photos) and painted with resin. Most of the bodies found were identified as shamans. They are jaw dropping to see, all cross legged, facing the sunrise and most were sacrifices. One interesting point, they have a red toned hair color and wore their hair in dreadlocks. It was a bit creepy to walk around and see all these mummies within arm distance. But I highly recommend making the visit if you are traveling in Peru!

Our cemetery guide was the first in all of Latin America that really disliked what Spain had done to this world. The Spanish plundered, pillaged and raped all the Americas. He wishes that no Spanish were ever spoken here. Very interesting. Juan is an freelance tour guide that has learned 7 languages. As he puts it, “The more languages I speak, the more jobs I get”. He is a very smart guy and was a pleasure to talk with. 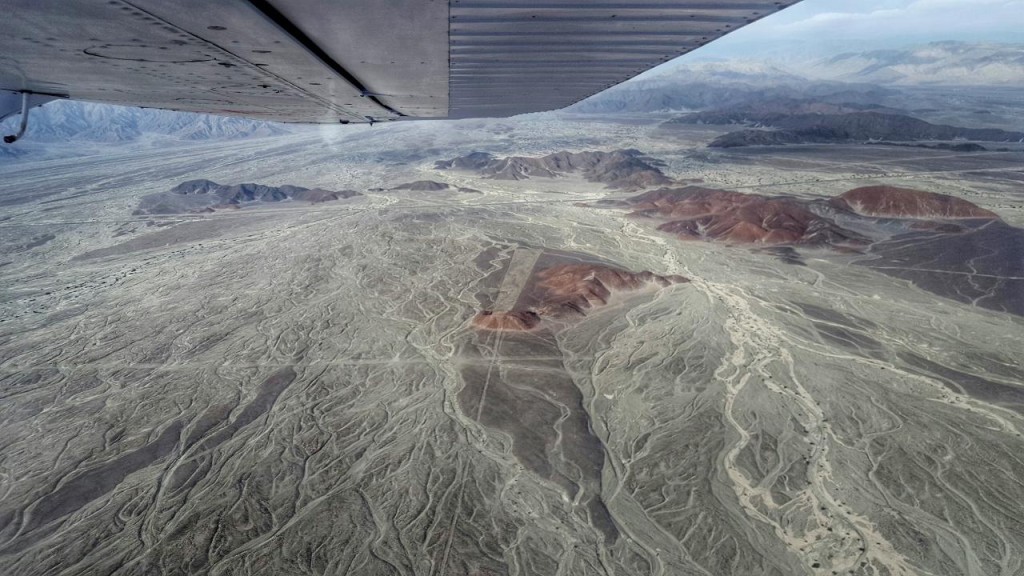 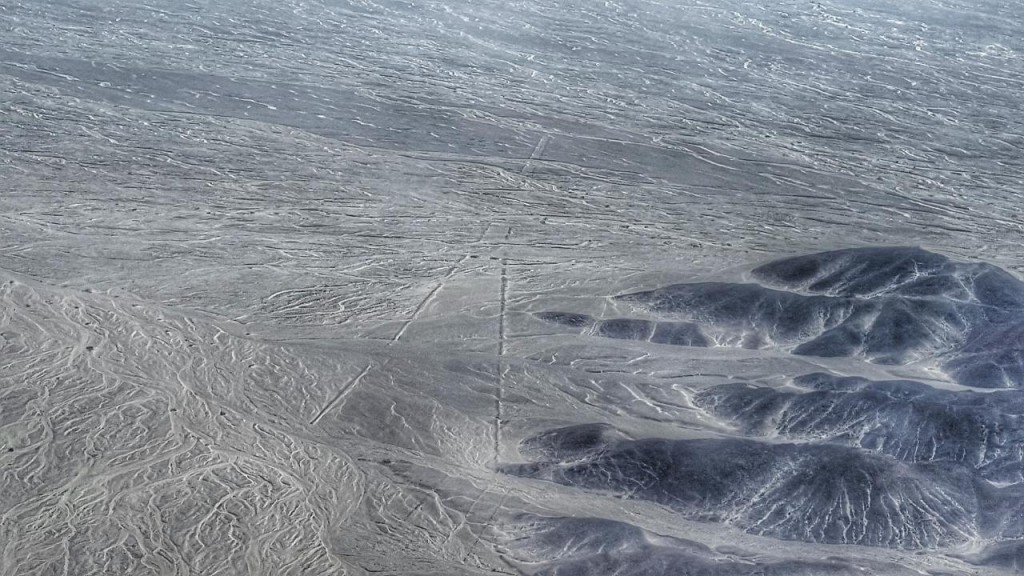 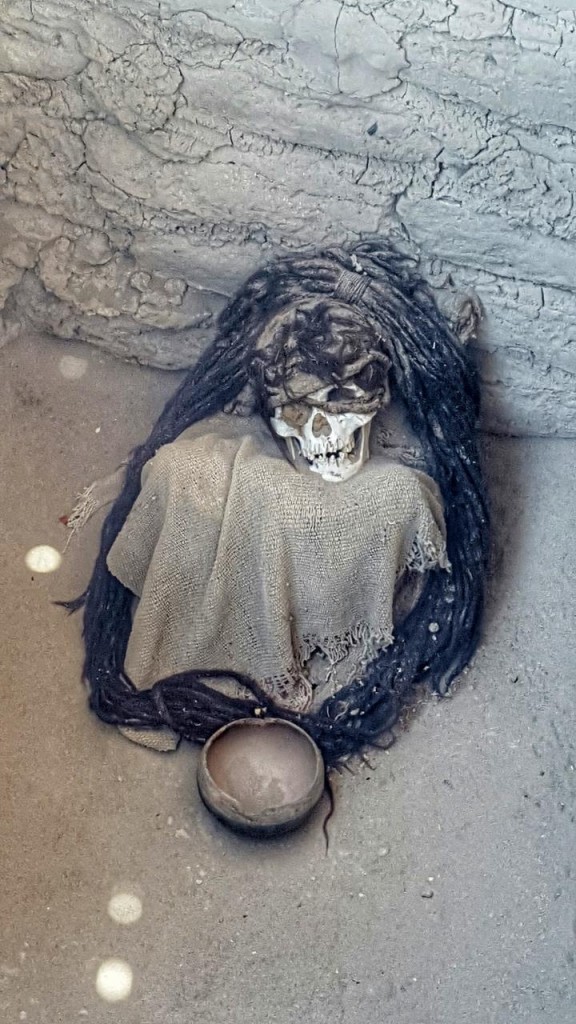 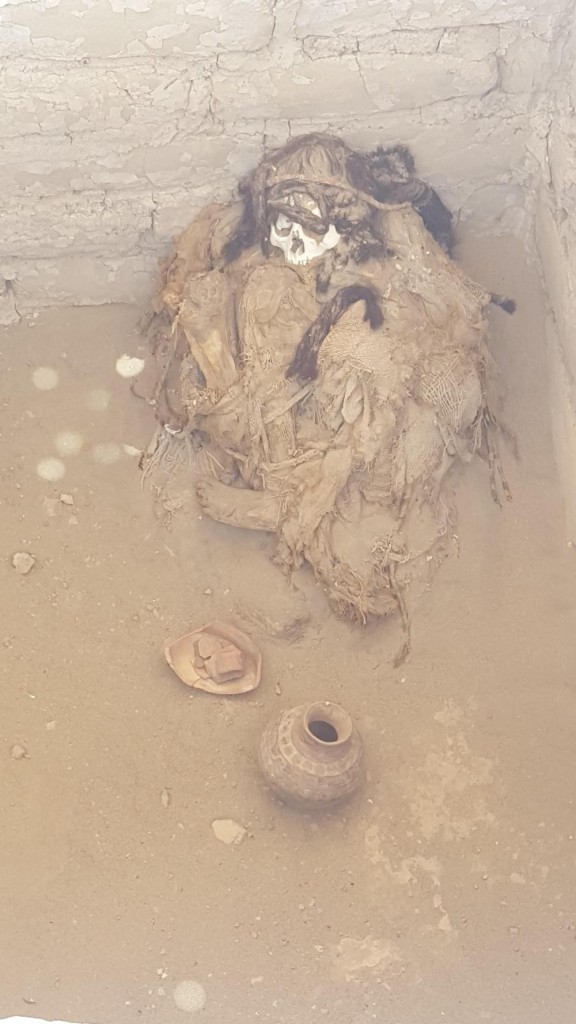 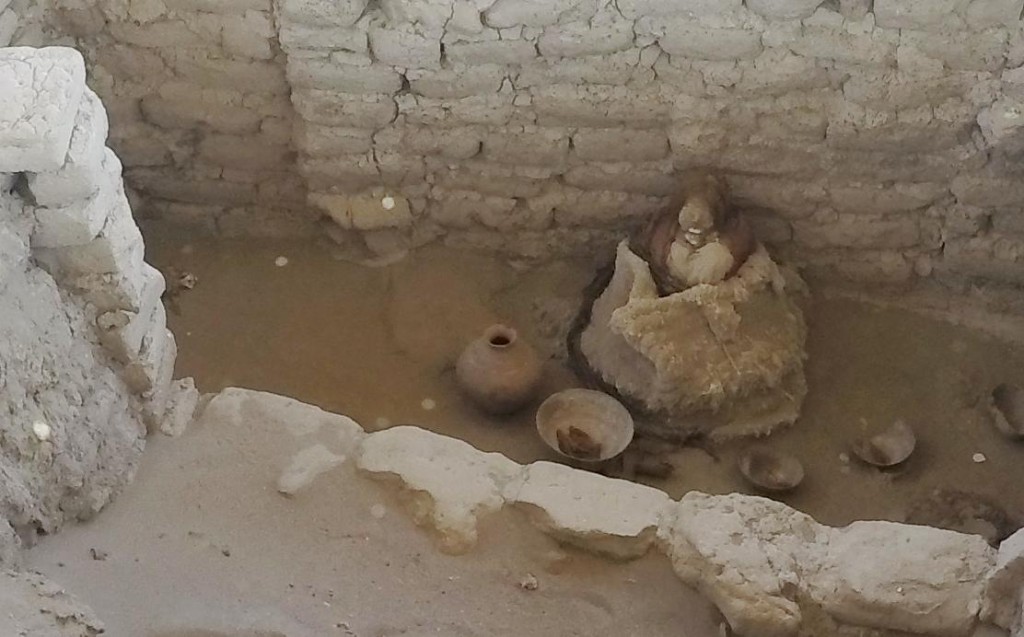 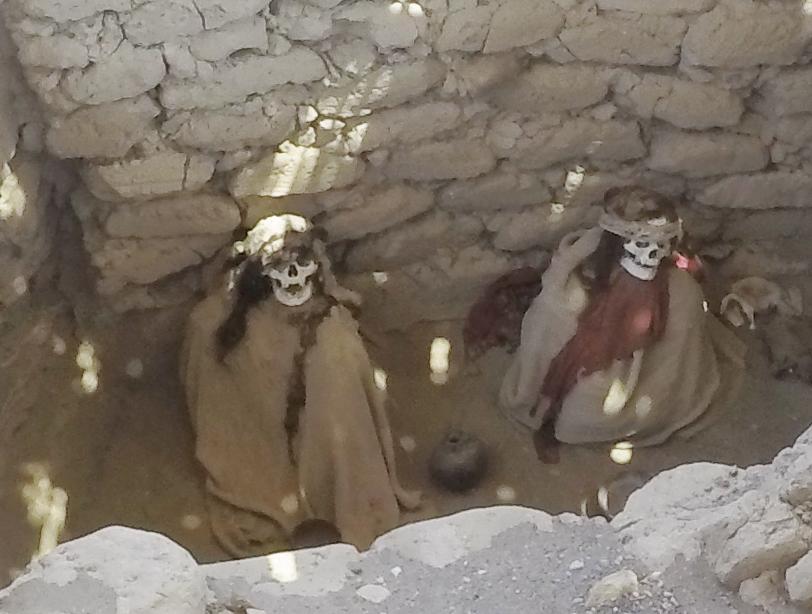 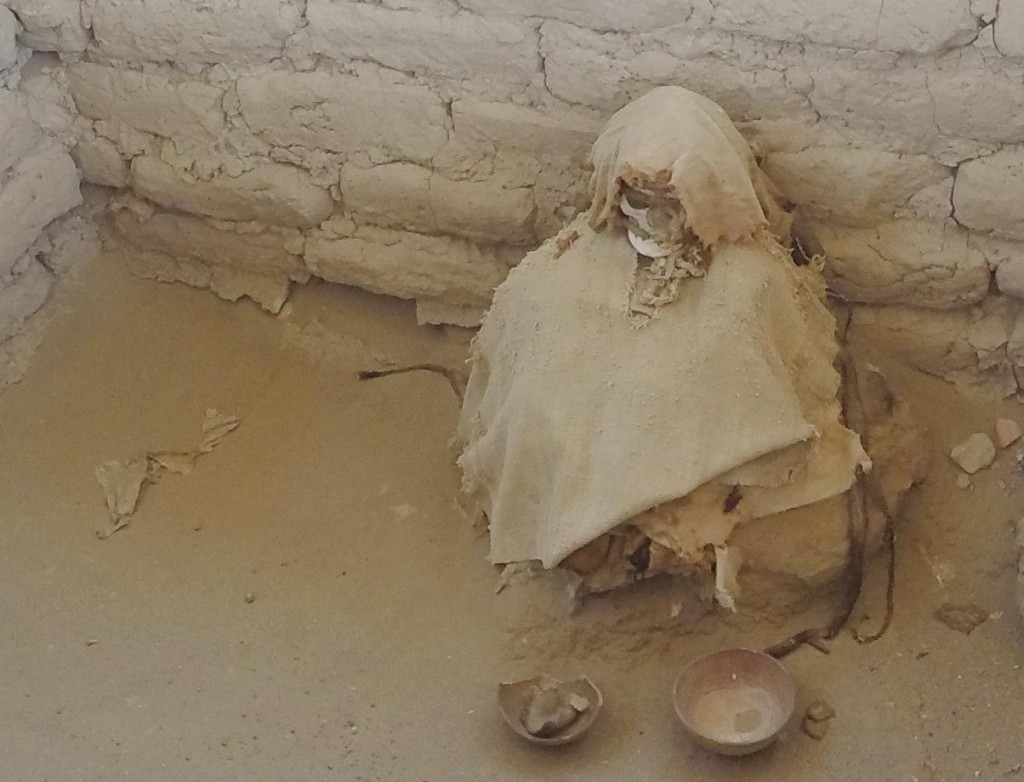 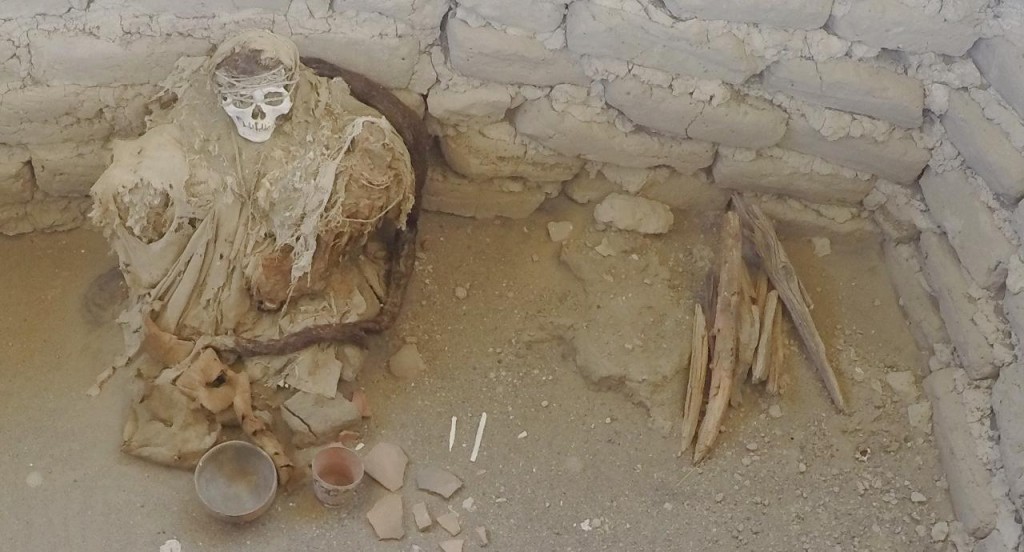 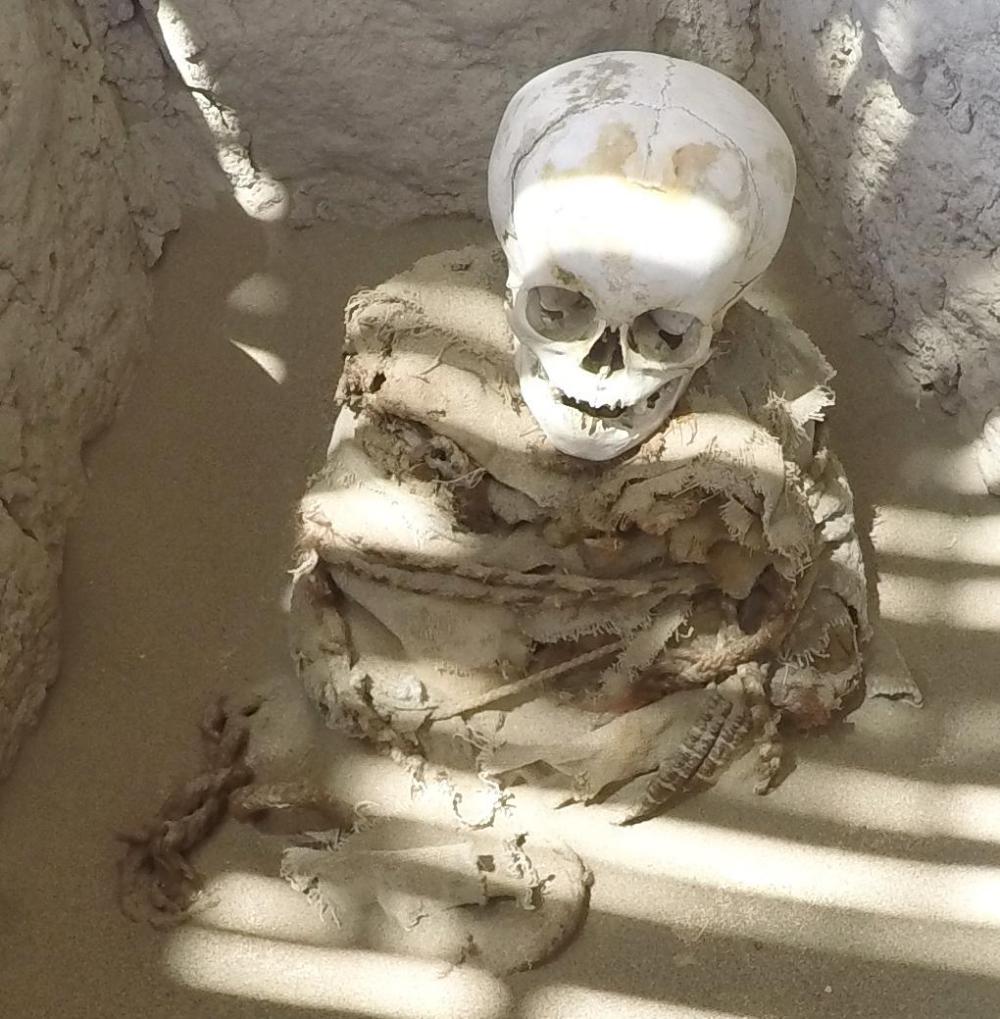 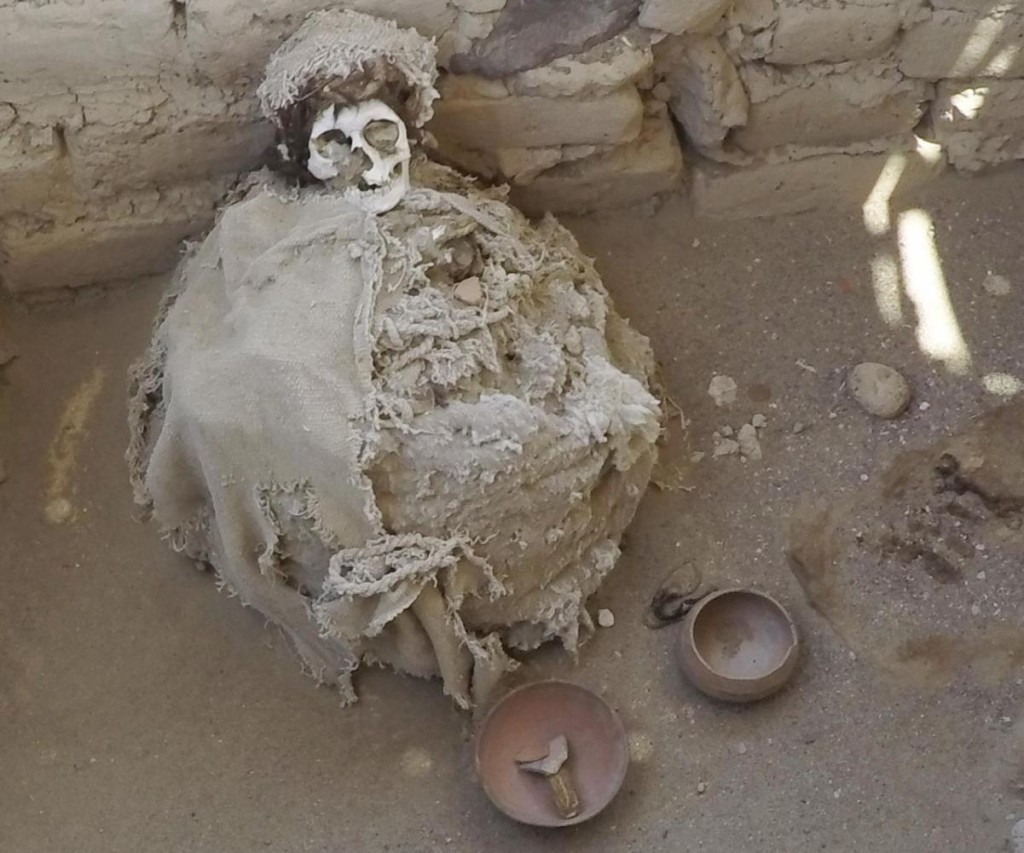 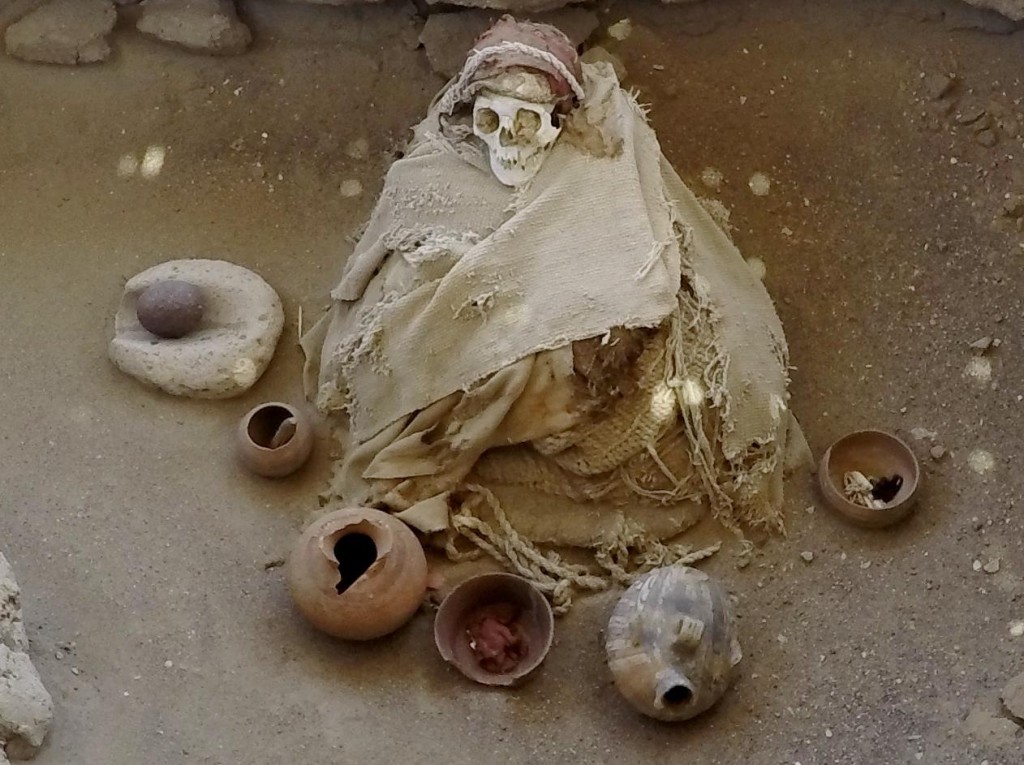