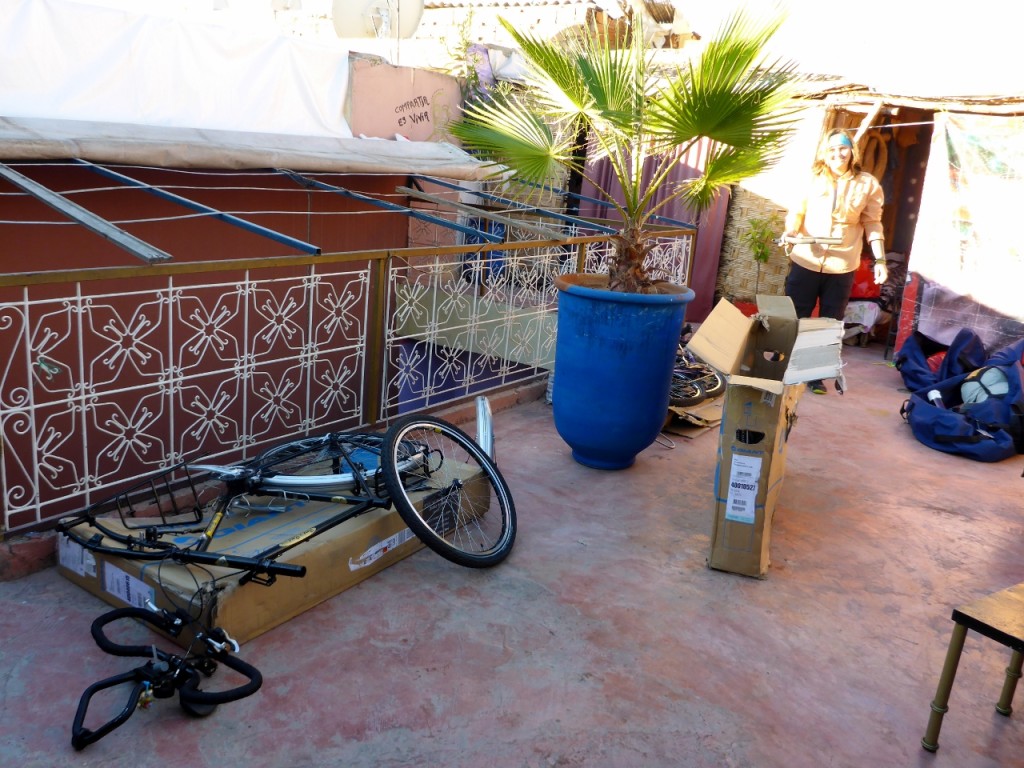 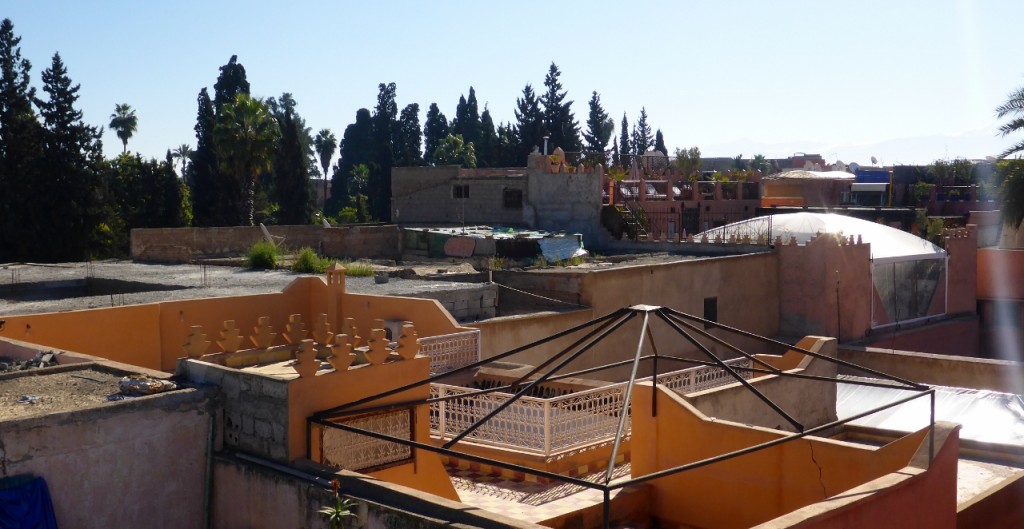 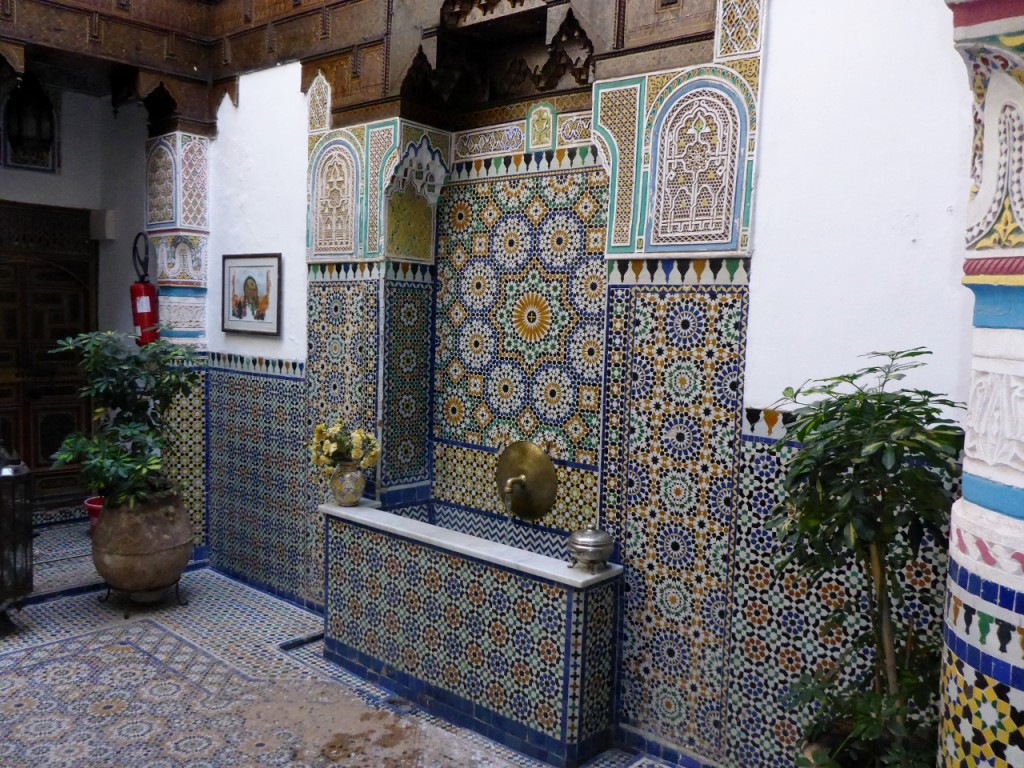 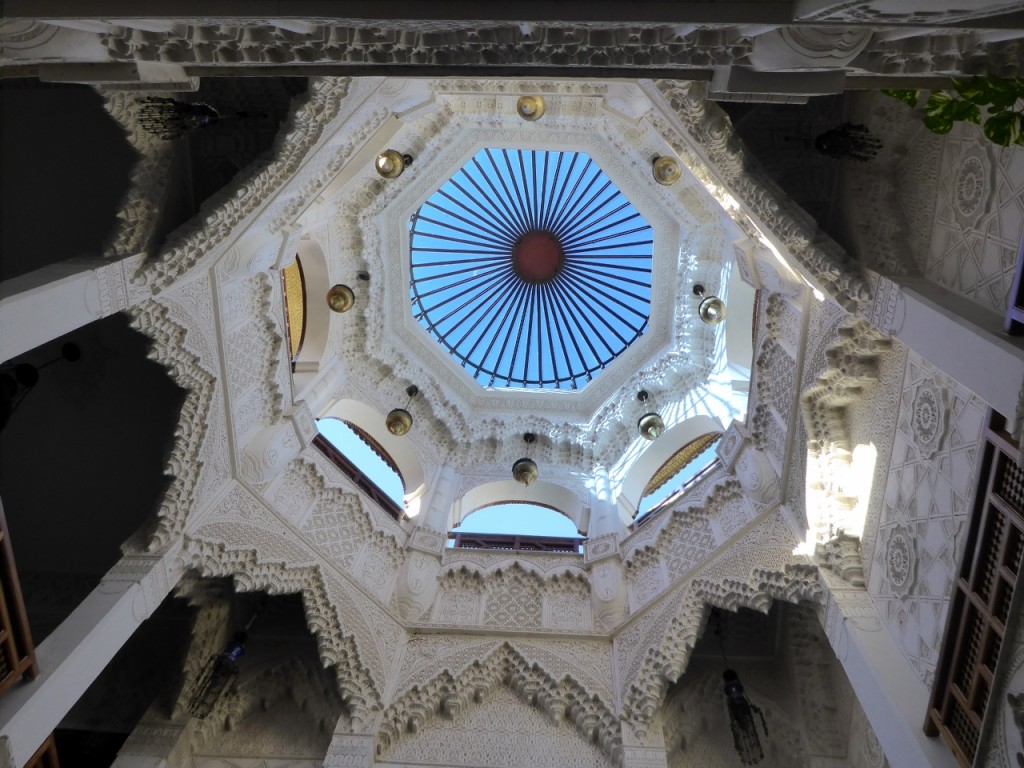 We arrived at Orlando International with 2 bike boxes and 4 large duffels full of our panniers and 2 trunk bags. When we checked in at British Airlines we were told that since we had purchased a one way ticket to Marrakech we may not be allowed to stay in the country. We thought it strange that BA would sell the ticket in the first place. Because of this we purchased an additional ticket from Marrakech to London to show that we planned to leave. Since we had no problems at Marrakech passport control we will cancel this fully refundable ticket.

The flight to Gatwick London was very smooth until we landed in a full gale. They have been having 6 weeks of rain and flooding. We had thought about leaving the airport for a few hours but decided it was too cold and wet. For our 6 hour layover we had breakfast, napped, and walked through many airport stores.

The weather was even worse when we took off for Marrakech but soon turned nice for the 3 ½ flight. We arrived at Marrakech International at 6pm with beautiful clear skies. I have now been on all 7 continents! Passport control and customs was a breeze. Our hostel had arranged transportation and we were met by a large van. It was a crazy ride to the hostel with much moped and bicycle traffic. In fact we saw a crunched bicycle lying in the street and our driver bumped into 2 mopeds. The mopeds drive really crazy and don’t pay attention to any traffic or road signs. After arriving near the hostel we and others carried everything down a dark alley. I kept waiting for someone to run off with something but the people were very polite and efficient. On arrival there we carried everything up three stories to the open courtyard 3rd story terrace. Our room consists of a bamboo structure with three walls and a roof, 4 beds, and a small table. It is really cold at night and are happy to have our -20F sleeping bags. It was a full house last night and our room was full with a German and British backpacker. We decided to eat pretty late after we had settled in so braved the local streets for our first excursion. The German guy said we were hardcore for our first outing and it was pretty crazy. Lots of good stories there.

We awoke this morning at 4am to the sound of praying throughout the city. It went on and on through loudspeakers. Right after that it was roosters and donkeys greeting the morning. This morning the hostel served a full breakfast. After that we reassembled our bikes. It took a few hours and some challenges. We then wrestled them down the 3 stories of a very narrow stairwell. We rode through the streets and I must’ve lost a few lives during that harrowing adventure while negotiating people, traffic, mopeds, and even donkey pulling carts. Jocelyn was my wingman and kept me out of catastrophe several times. She finally had had enough and said “Let’s get out of here dad!” This first foray into Morocco was enough biking for one day.

After cleaning up our bags we covered the bikes next to our little “cabana”. We feel very safe in the Mama Marrakech Hostel along with all our stuff. Our hostel is in old town Medina which is very conservative. There is a more touristy section but during this trip we want to live with the locals. Once again we ventured outside by walking to a very popular market square where we enjoyed great food, a few beers, and some really crazy times. It suffices to say that our world as we know it no longer exists.