Five days 251 miles bicycle 150 miles bus We have two friends that we want to hang out with in Panama City starting today so we left Jaco in Freddy’s Transportation van for a ride closer to the border. We then cycled to the first major Panamanian city of David and boarded a bus to take us further south past a major road construction project of over 100 miles. The road was down to one lane each way with several areas of just gravel. Without this van and bus transportation we would never have been able to arrive in Panama City to see our friends.

The border crossing was interesting as once again it is a “game” to figure out where to go and the “proper” procedures. In this case we had gotten an early start and stopped at a restaurant near the border for breakfast. As we waited for our food I took our passports across the street to immigration to try and figure it out. I learned that once again we had to pay an exit tax. When we flew home for Christmas the airport exit fee was $29 each. Costa Rica is full of taxes. In fact at a restaurant there is added 13% tax to the bill along with a 10% service fee (called the propina or tip) for the workers. Anyway I asked 4 different people where I pay this tax and got 4 different answers (mostly pointing). I even walked into the police station at the border and was told there is no tax. Back at customs I obtained two exit forms after standing in line. Exit forms are never just sitting around to make it easy for people to pick up. This is true for most of the countries we have visited. I took our forms back to the restaurant where Jocelyn was eating and we filled these out as I ate. I then went back to immigration and asked several more people “where do I pay the tax”. Finally a kind girl took me to a van where another girl was collecting this fee. It’s hard to believe that the tax is collected in a car – but it is. Armed with my receipts of $7 each I was able to get that all powerful exit stamp on our passports. Checking into Panama was a breeze. We then exchanged our Colones for U.S. dollars. This is the second Central American country (the other was El Salvador) that uses U.S. currency. Panama does however have Balboa coins which is the equivalent of U.S. coins.

We are very happy to be out of Costa Rica due to high prices. The ride to Panama City is along the Pan American Highway (C.A.1). There are no alternatives. This road is very busy with and without shoulders. Most of the shoulders are very trashy and some are just plain gravel. It is a tough road to bicycle on. About 20 miles out of Panama City the road widens to 3 lanes each way but the shoulders are clean. Since there is no alternative riding along C.A. 1 is allowed. Most countries would not allow cycling on such a major road.

Sunday morning found us cycling over the “Bridge of the Americas”. It was indeed a banner moment as we cycled over the bridge and around the historical part of the city to our hotel for the next three nights. I was last here July 5, 1998 when I was working for the Sea Launch Program (on loan from Boeing). I worked on the Assembly and Command Ship in St. Petersburg Russia to help it prepare for launching Ukrainian Zenit rockets from a launch platform in the Pacific Ocean at the equator. On this day we transited the Panama Canal from the Atlantic to the Pacific and up to the new homeport of Long Beach California.

We have stayed is some very cool hostels in Costa Rica and Panama. Jocelyn also found us a cool camp spot on Palmar Beach, San Carlos, Panama at a surf camp. There was a hotel at the surf camp at $70 a night but when I was told about camping on the beach at $10 we were sold on that. We love beach camping. There is something about hearing the surf lap the shore all night that makes sleep come easy. There were no rivers here so we did not fear the crocs!

My Spanish is getting better. I attribute that to my riding. Sitting on a bike for hours every day I read signs. I practice my pronunciation and learn how to speak better plus I learn several new words each day as it is pretty easy to figure out what the sign is about. In this way Spanish comes easier. 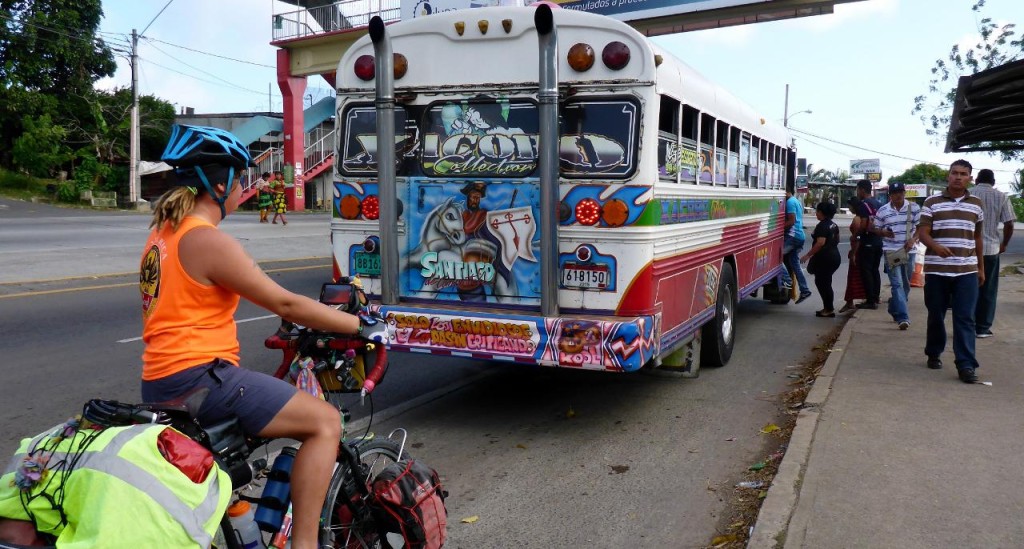 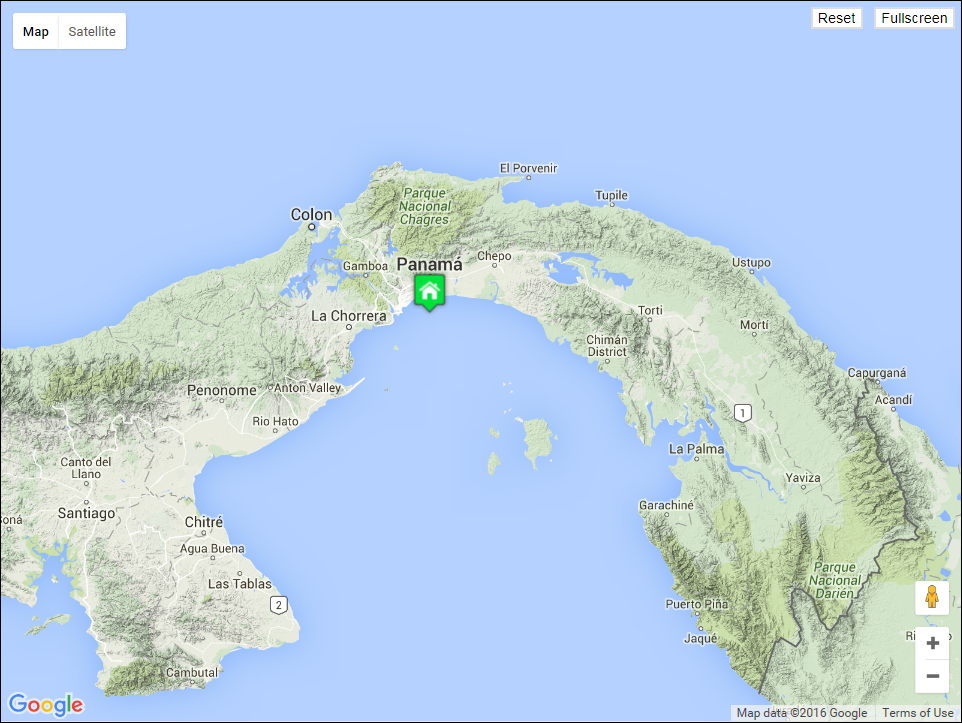