May 13, 2014 52 miles We left the hostel in Bechet and rode to Port Bechet, checked out of Romania and paid the $3.00 ferry fee. I asked when the ferry leaves and was told around noon a. There were three cars lined up and two hours to kill so I decided to move some weight from the rear to the front to relieve pressure on the rear wheel. Jocelyn laid out the tarp to take a nap. After I had everything off my bike I noticed the cars start up. The ferry was ready to go. So we quickly threw everything together and were the last to board. The ride to Bulgaria wasn’t even a mile across the Danube River. We then checked back in to Bulgaria and I finished the weight redistribution outside the border crossing.

Our goal for the day was the city of Vratsa, a large mountainside city. What a cool city profile. We finally made it there after a roller day of 52 miles. We are so glad the ferry left when it did as shortly after our arrival at a very inexpensive apartment in Vratsa ($28 per night) the forecast thunderstorms started. During the day our rain gear was on and off. We are on our way to the border city of Sofia then hopefully Greece.

May 14, 2014 Weather day We awoke to thunderstorms and after checking the weather forecast we pulled the plug on riding as our next city is Sofia which is also experiencing storms. We are in a really nice place with an attached restaurant so no problem. What’s strange is that there are about a dozen television channels broadcast in English with Bulgarian subtitles, yet hardly anyone speaks it. In fact the further east we travel the more English television.

I have been asked how father and daughter, I and Jocelyn get along as there are some that say they could never travel with their kids or vice versa as we do. I look at us as the “Odd Couple” with me as Felix and Jocelyn as Oscar. Whereas I prefer a hotel or regular campsite she would rather wild camp every day. Jocelyn wants to experience the world while sometimes starving or thirsty. I know that as we head further east she will get her wish. But given the alternative I will get a room and enjoy the local beer and wine. I try to keep things neat and organized and Jocelyn just wants to go, go, go. If I were younger I would probably feel the same. But at 61, I do prefer a little comfort. Every day I feel like an old guy meticulously getting my bike ready for the day with a certain routine whereas Jocelyn just hops on and waits patiently. I also compare us to the couple Todd and Margo in the movie “Christmas Vacation” as some days it is like “DAD…” or me saying “JOCELYN…”

We have had our share of arguments with name calling and yelling. As a father I have never thought I would say such things to my daughter but I have. It is the weakness of the moment. Some think that we are on a vacation and in some ways that is true. But there is a huge amount of stress in a bike tour such as ours and not knowing where we will end up for the day. We like it this way too. Throw in bad weather, traffic, and the “heat of the moment” hurtful words sometimes fly. We argue, we cry, we each have our quiet and non-speaking times but we also laugh, we smile, and we gaze in wonder as we discover and live in this world with our bicycles. Jocelyn is an excellent navigator and keeps us on track .She is my wingman and is always looking out for me. I am a little slow but try to keep track of her too. We are good and still going strong together.

Bulgaria is pretty depressing. The old communist world is apparent everywhere. The farmed country side looks like anywhere else in the world but there is starkness in the towns and cities…almost ugly. We walked this morning in-between storms and couldn’t get over the “ruins” whether the road, buildings or sidewalks. All trees, bushes, and weeds are totally overgrown. It makes me really appreciate what we have at home. Plus the people aren’t as friendly. We only spent two days in Romania but they seem worlds apart.

What do we do on our weather day off? Eat junk food, drink a few beers, watch television, and catch up with wifi. In general we get bored and look to tomorrows ride. There is a gym here and Jocelyn thought about it but me? No way. 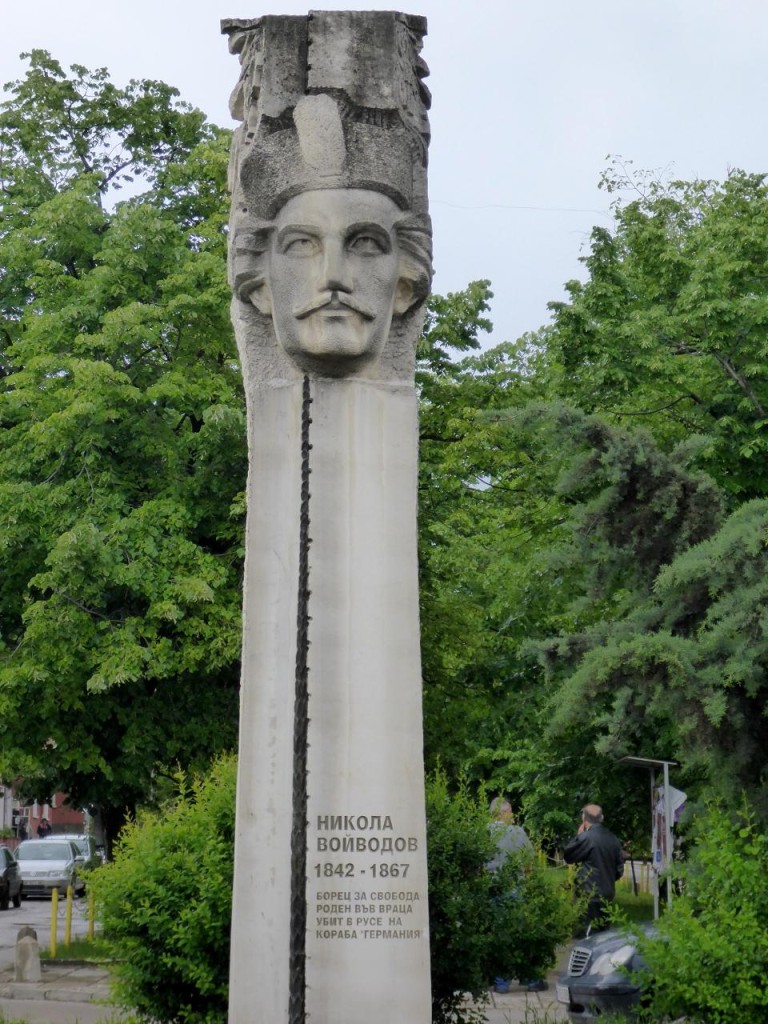