Tuesday August 26, 2014 3 days 120 miles We decided to head north again into the mountains. The climbing was easy in the much cooler weather than the desert. The summit was about 7,200 feet and as we looked at the epic downhill on the other side we heard thunder. We haven’t been rained on since Erzurum, Turkey! Thunder means lightening so we started our downhill run only for it to be spoiled by an extremely bumpy and broken up road. It was the worst road we have ridden in Iran. Many of the hairpin turns were down to one lane due to the road missing from landslides. So our epic run turned out to be an epic bust as we were jarred and shaken all the way down. Plus since I use my brakes too much on a clean downhill road (as Jocelyn says) I was really using them here as I didn’t want any “air time”. Needless to say it was very hectic and I was very happy to be back at sea level where we found what we thought would be a great camping site.

That night we went entered our tents at 8:30 for what we thought would be a long needed rest. The locals had other plans though as they started appearing at 10 pm for their late night park playing and dinner. Even though the park lights were not working it was packed with kids playing and adults cooking. I still don’t understand this late night ritual and it seems as though no one works in the mornings. Maybe they are just bored since there is very little for them to do in the smaller towns. The families near us started leaving around 12:30 am then several intoxicated men appeared and took over the small pavilions as the families left. After this the motorcycles appeared and raced around the park. They all finally left around 3 am. There is an old Farsi saying: “Some people are born cows and die donkeys.”

The next two days we continued heading north then a little east as we head towards Mashhad. We did find a much quieter camp site the next day. Except for a family of wild boars we were the only ones around. We left the mountains and climbed once more into the high desert at around 4,500 feet. This very desolate area was still very pretty in its own way. But the heat was back as it was almost 120 F. Jocelyn and I are drinking about 10 liters of water between us each day and we are still parched. The miles become difficult in the heat and continued headwinds. 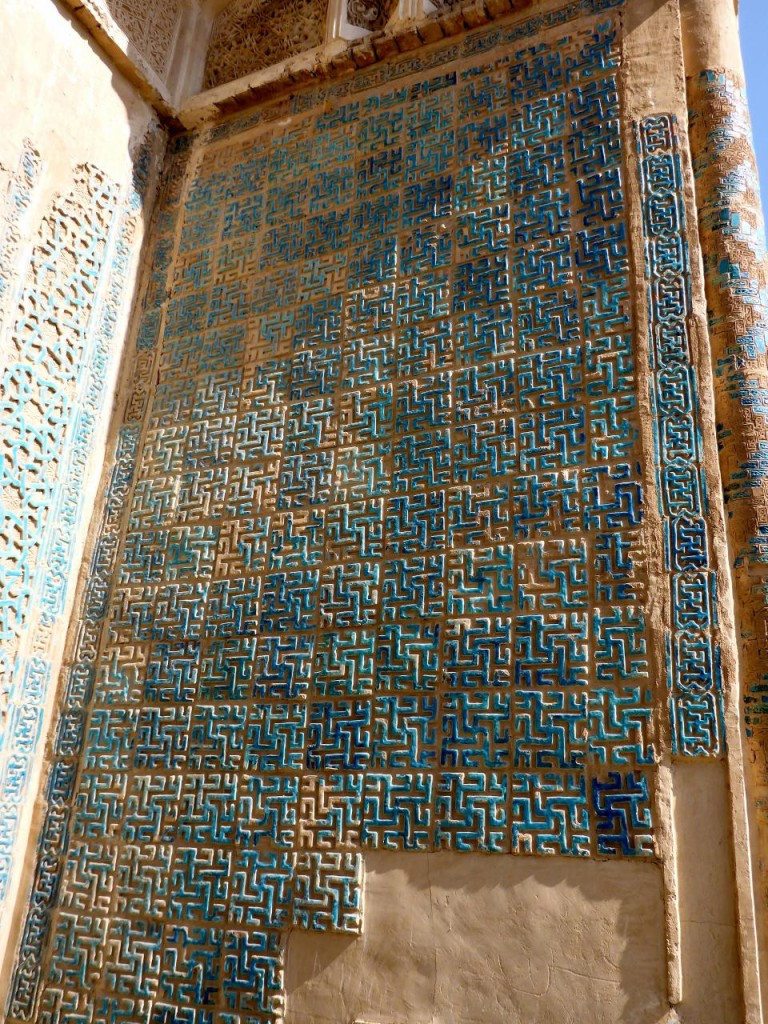 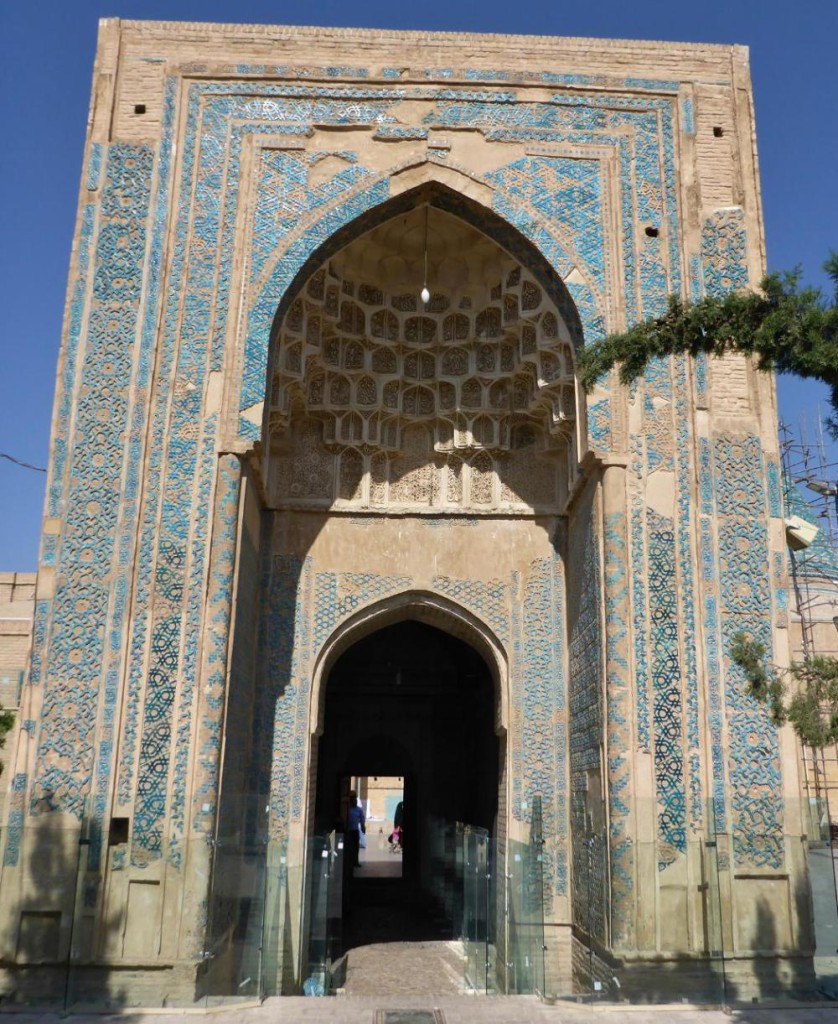 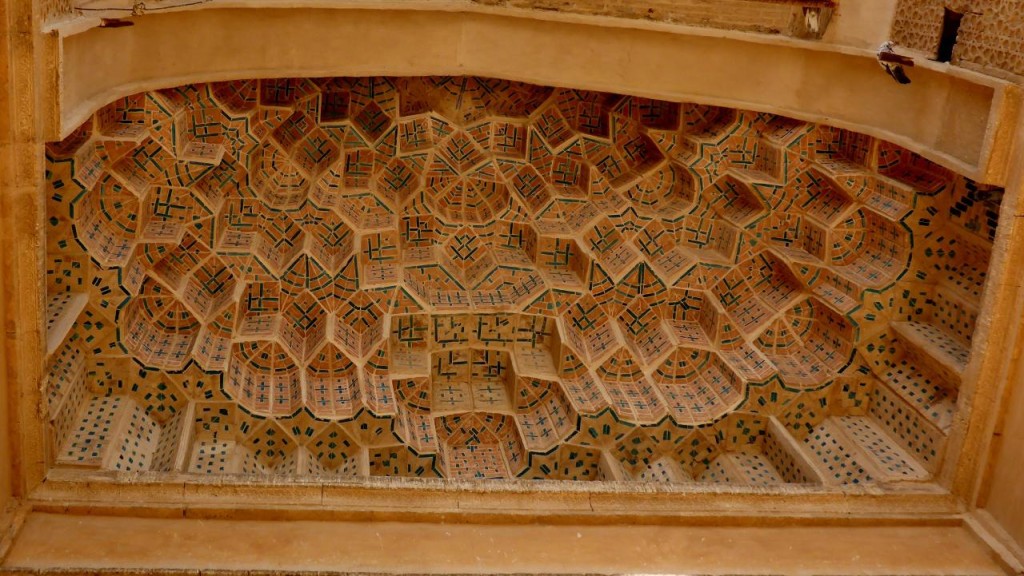 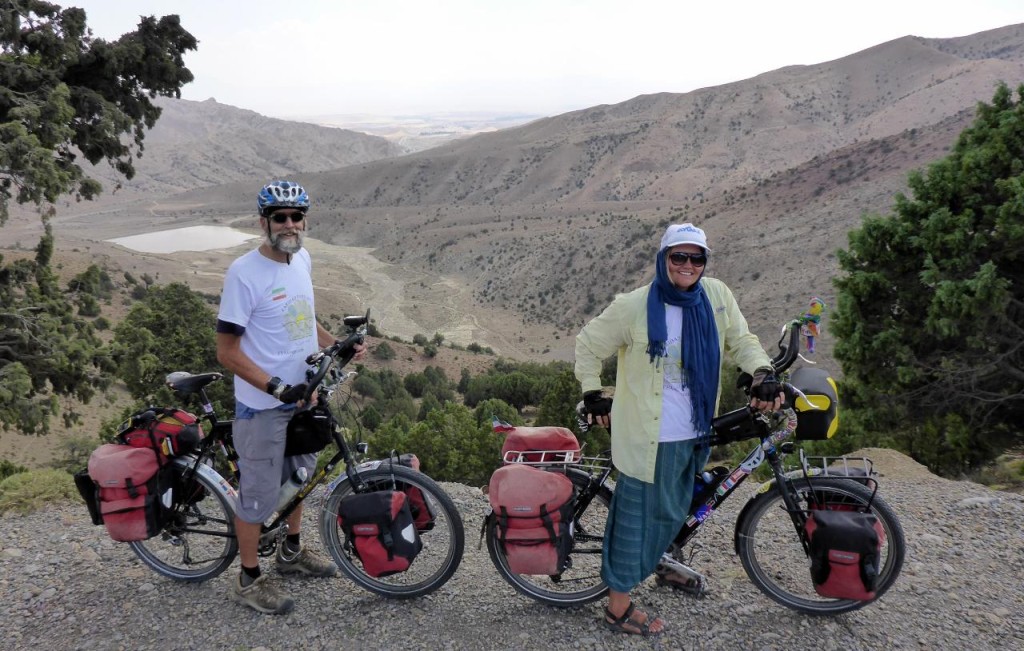 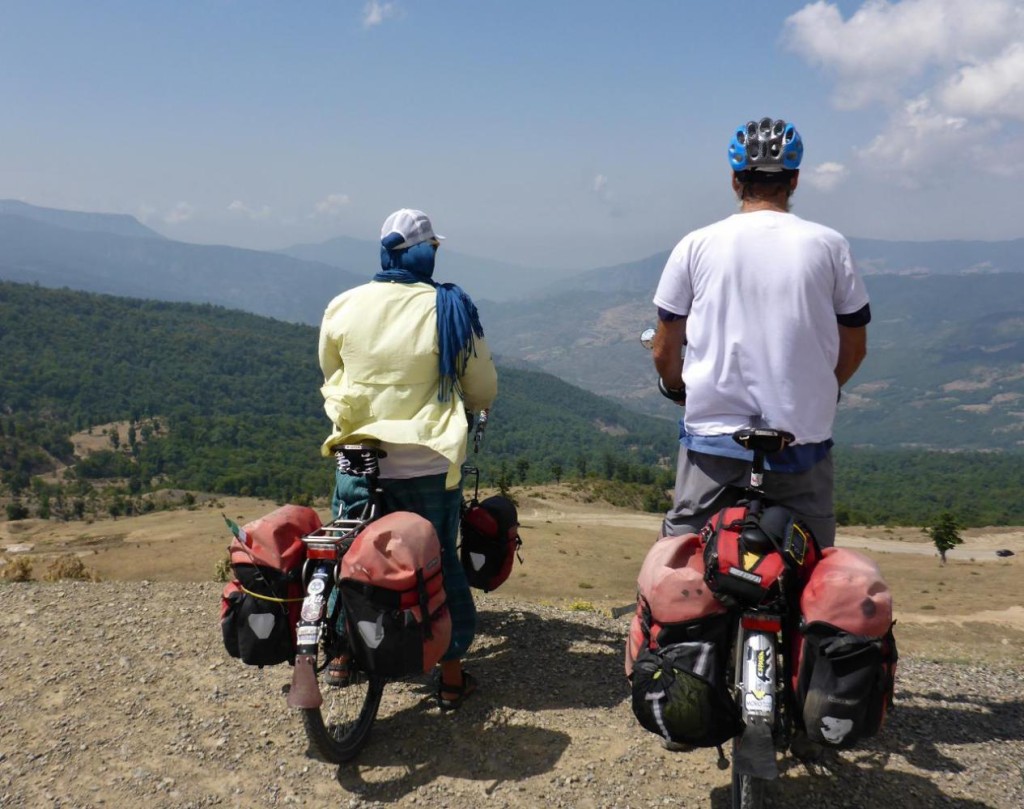 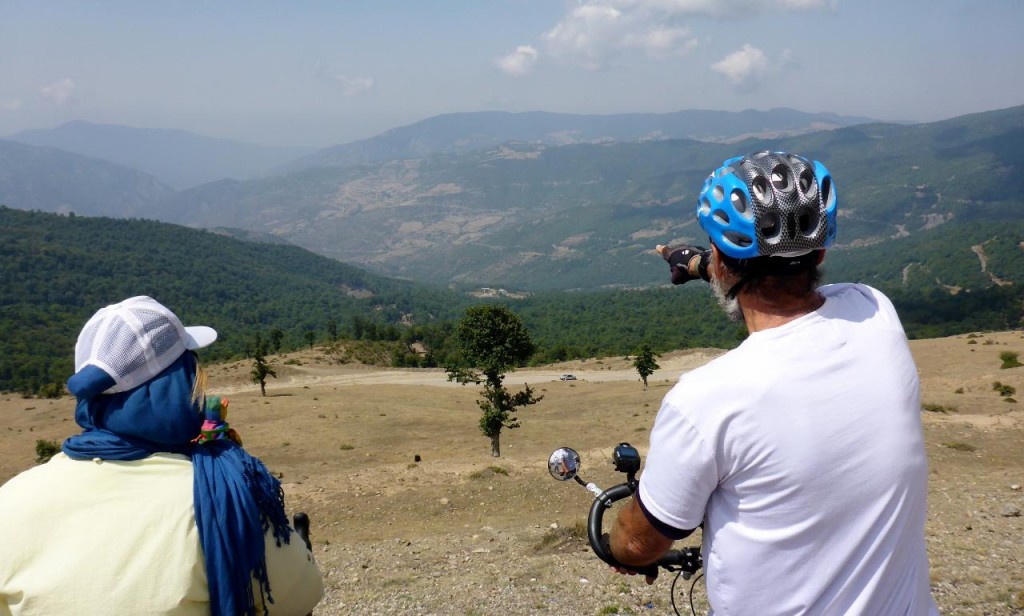 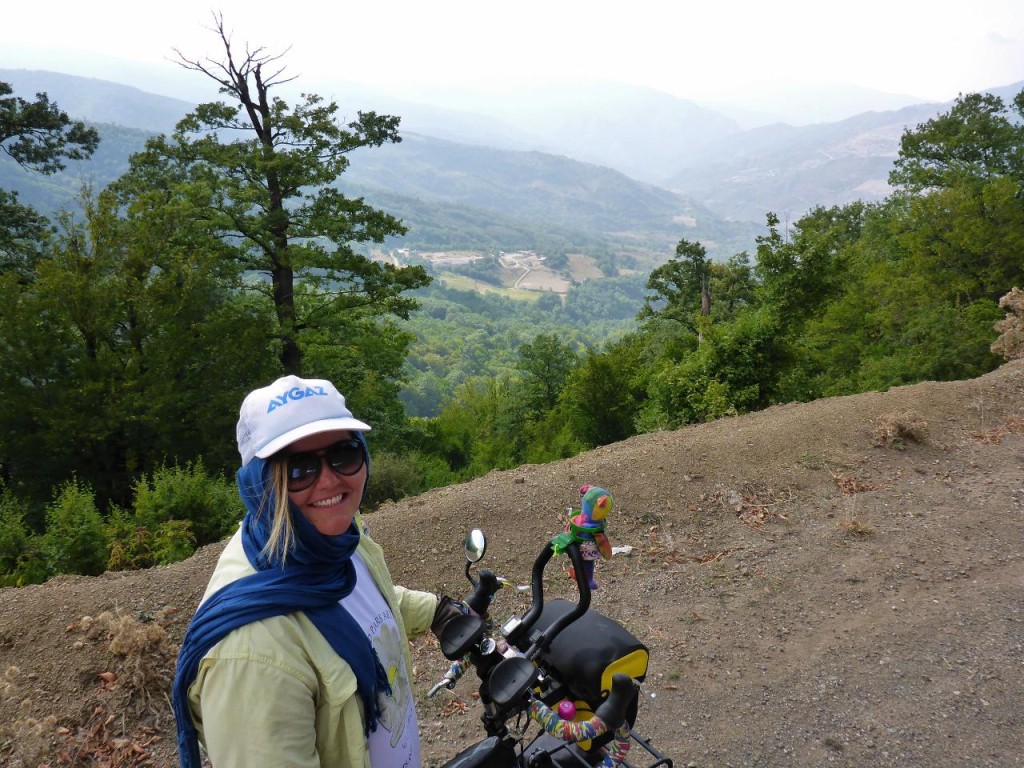 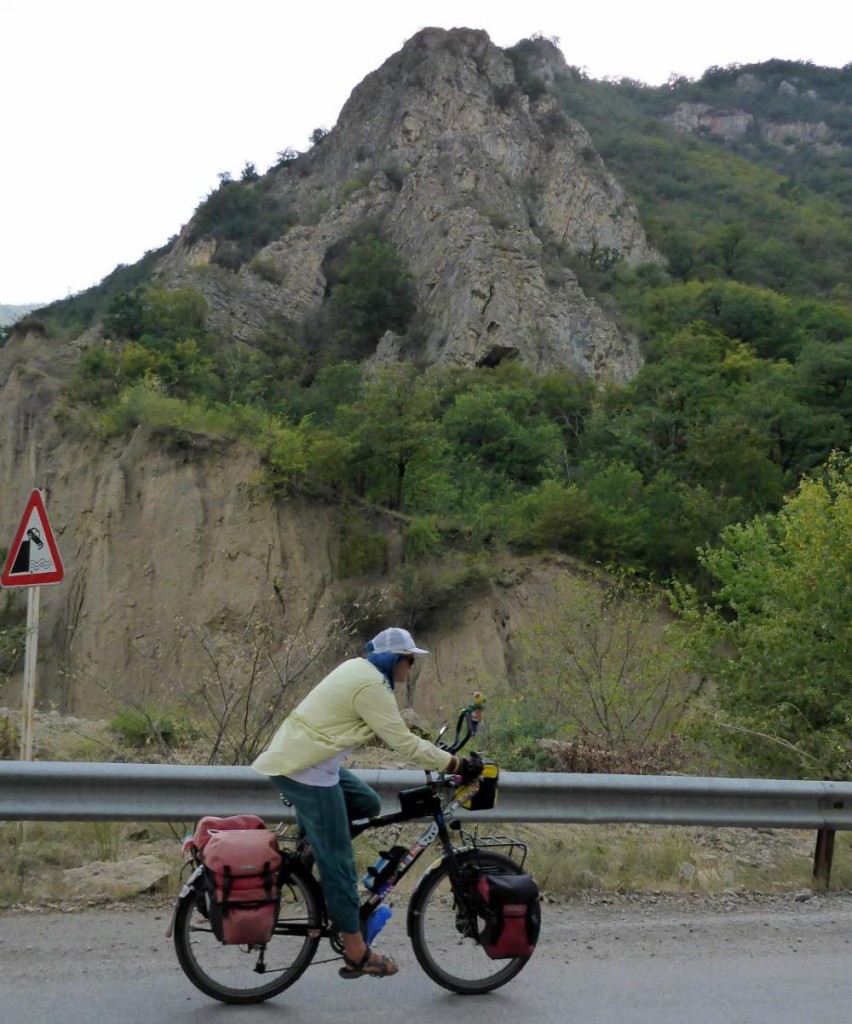 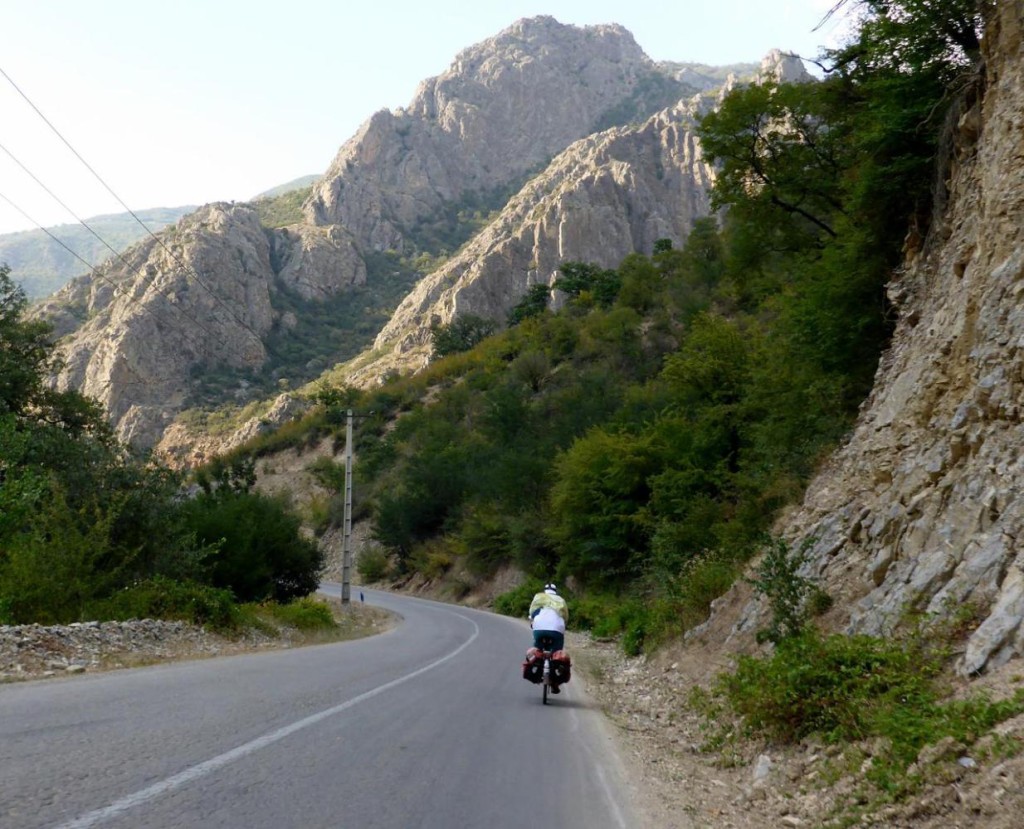 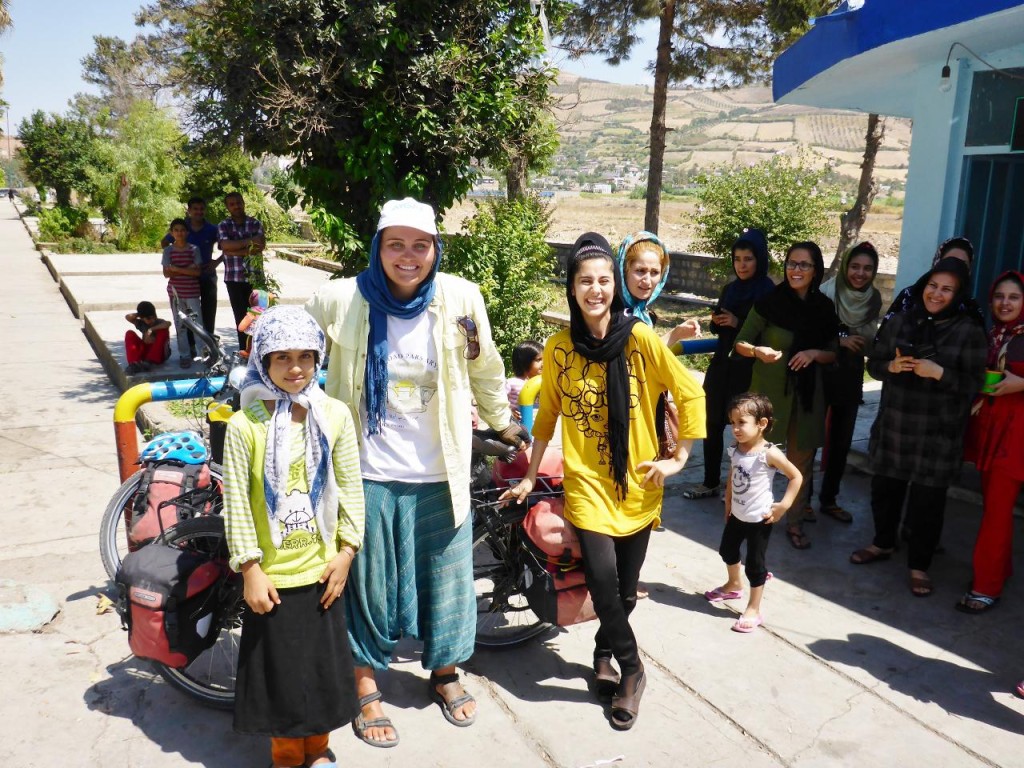 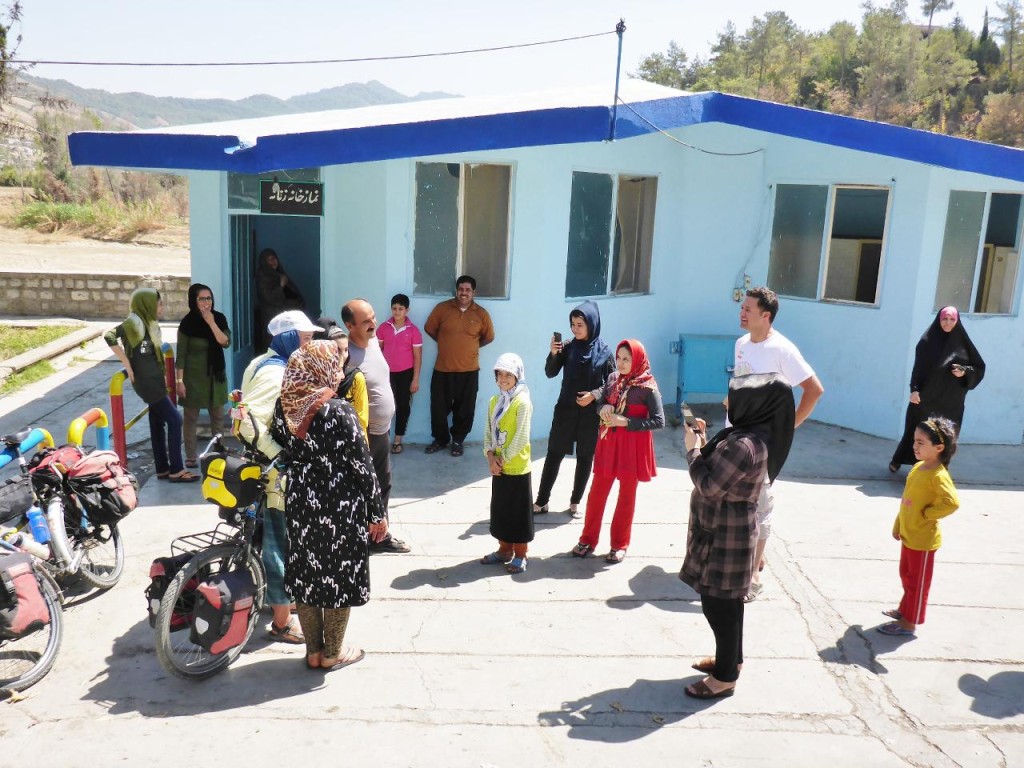 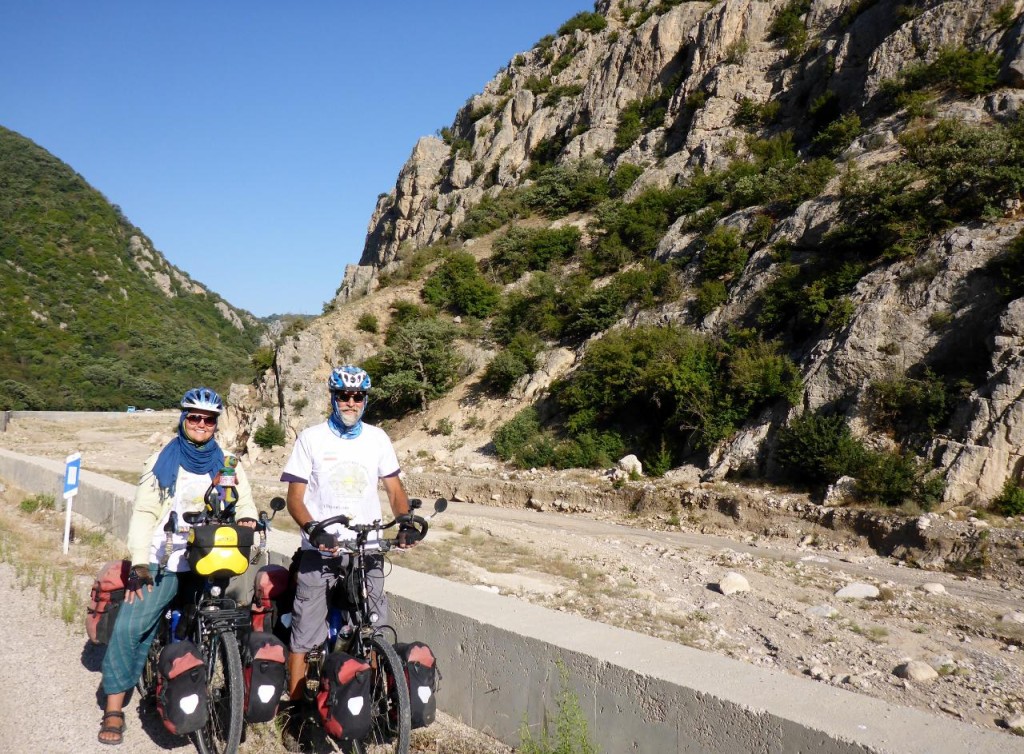 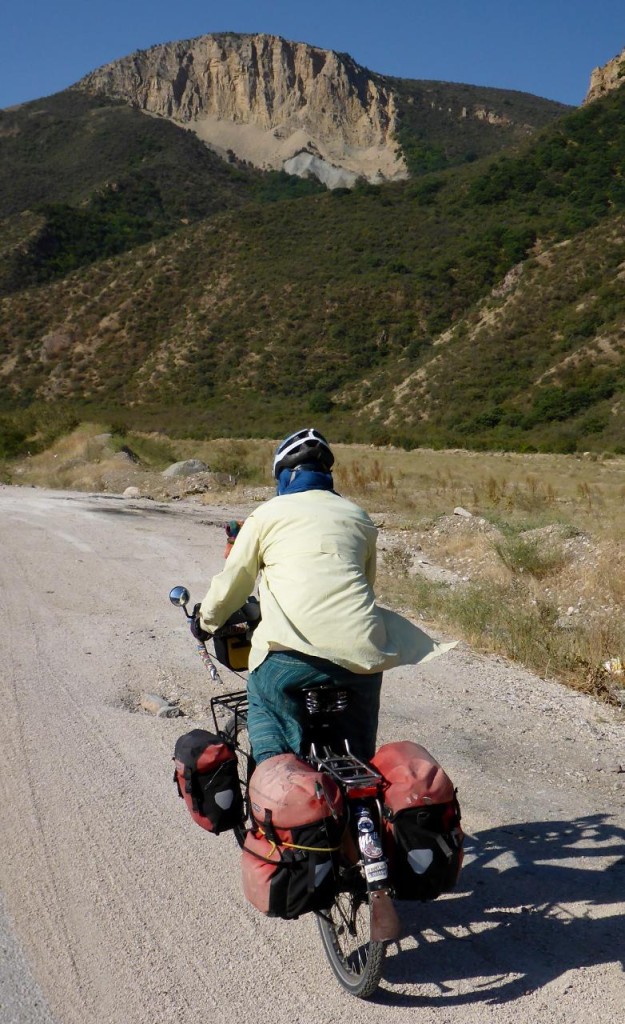