Saturday August 23, 2014 88 miles After a good rest we rode over one last but much smaller mountain range to drop down into the Semnan Desert. The temperature was in the lower triple digits so it wasn’t as hot as expected but the dry headwind parched us. The miles were slow until the wind switched with a very strong tail and we reached speeds in the low 20’s. Then about 20 minutes later the wind switched once again to head us. Our destination for the night, Mehmandoust which means a guest hospitable village was soon in sight. At this point little did we know what that truly meant.

We came upon an ancient 11th century tower that is still proudly standing although there is nothing recorded about its use. We were going to camp here but were soon joined by an Iranian couple who were visiting family in the village and they invited us to the family home for chai. We cycled to this home where we were soon joined by about 20 family members for delicious chai, fruit, nuts, bread and homemade jam. The family was so friendly and generous and we all really enjoyed the time. They invited us to spend the night but since they were so many we decided to stay with camping at the tower. When we drove back there we met another man who invited us to stay inside the local mosque community center. We cycled to that and it was an ideal location for sleeping and cooking since it had a kitchen and also a bathroom. As we settled in the man’s family brought us chicken dinner. As the evening went by several others came and gave us fruit, nuts and bread. The generosity was amazing.

Our ride through the desert continued to the city of Shahrood where we had a roadside lunch before our destination city of Bastam where we are enjoying another hotel. Along the way we met a fellow Iranian cyclist who is spending 16 days riding from Tehran to Mashhad. The wind in the desert does 360’s during the day so sometimes we get headed, then tailed then headed again. We have never rode in such fluky winds before. 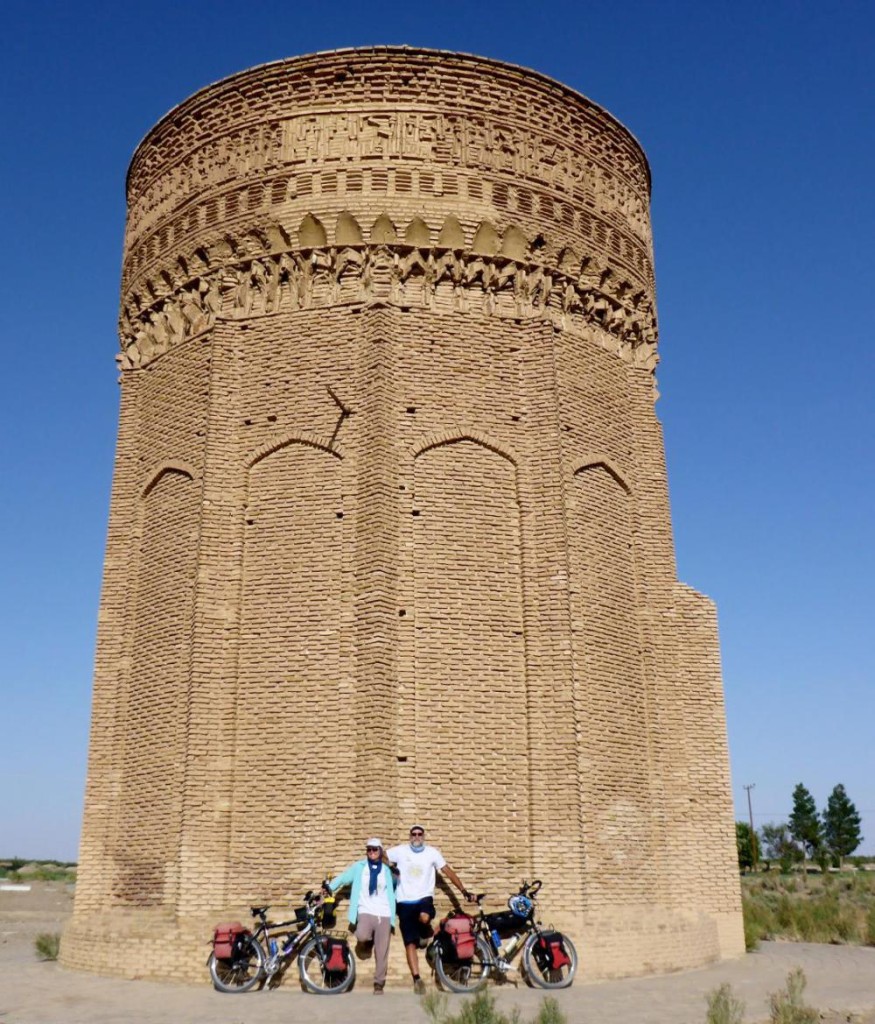 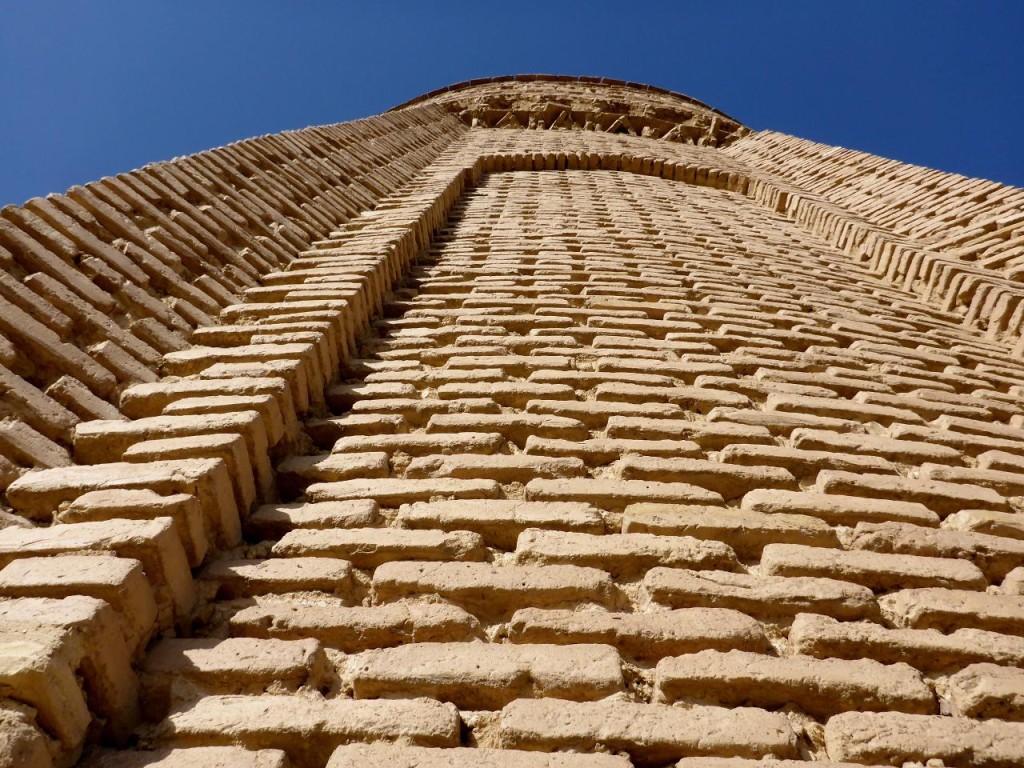 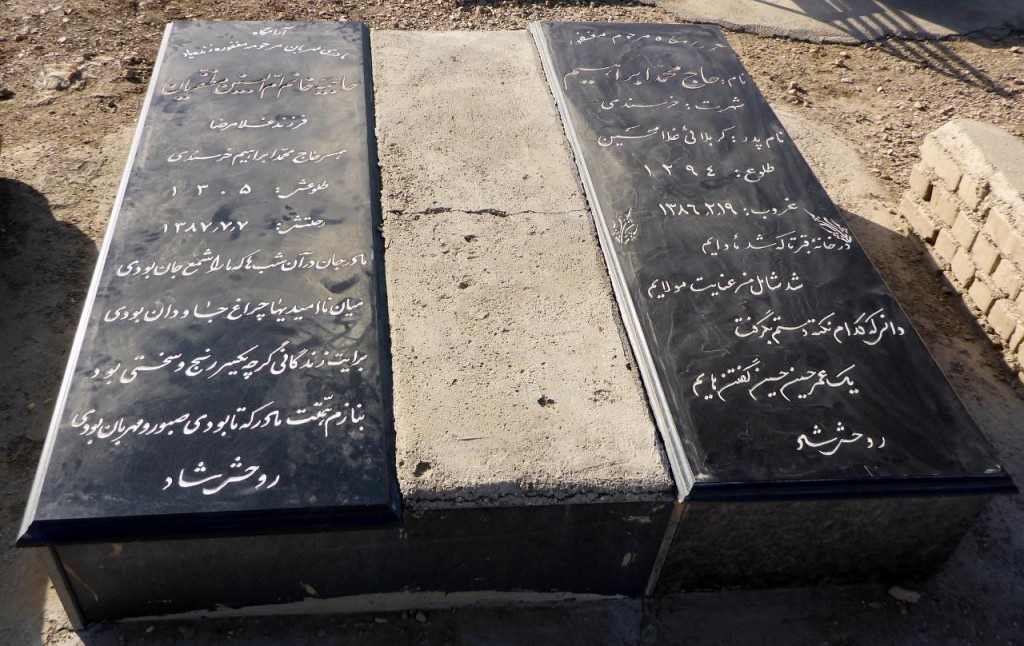 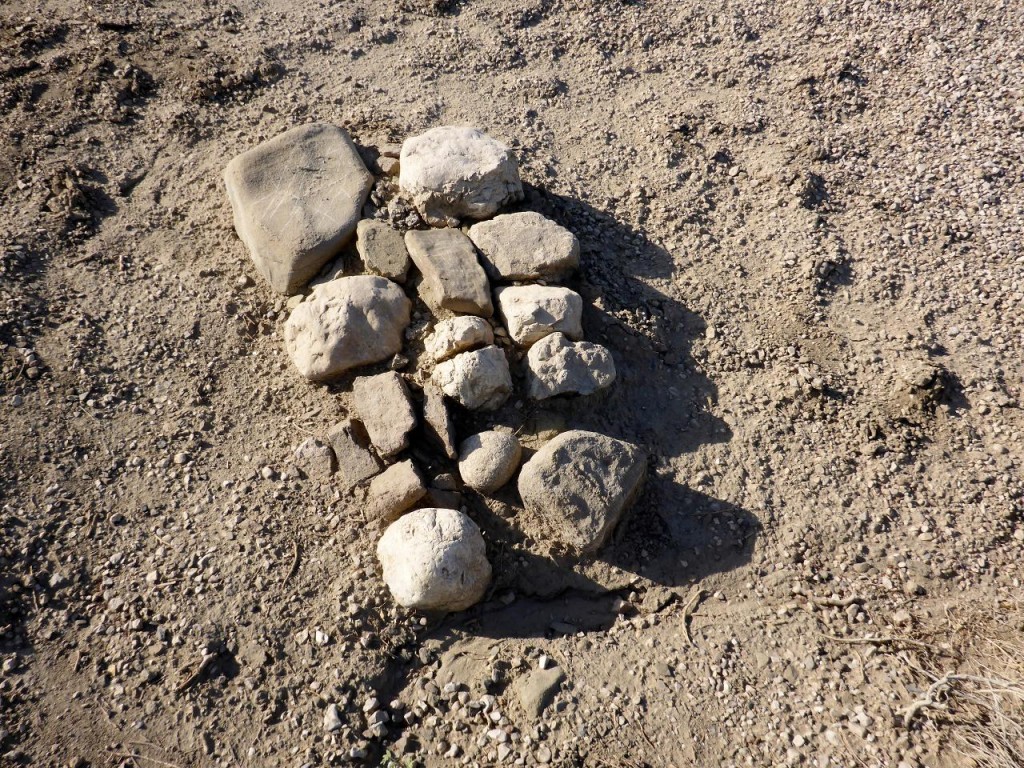 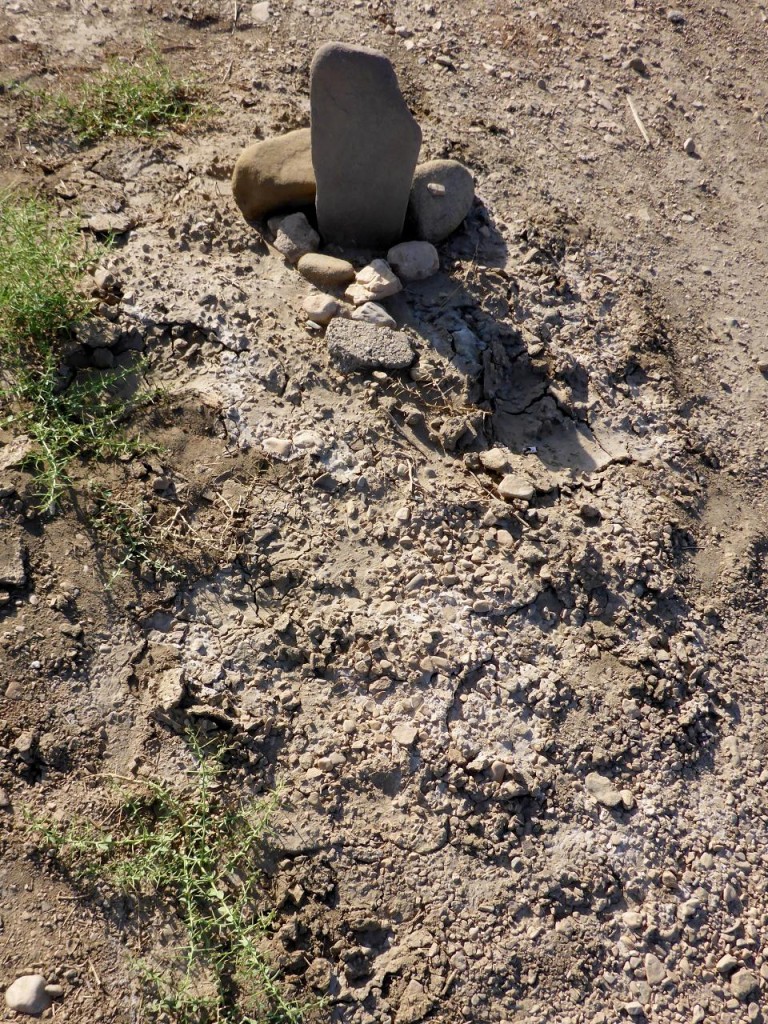 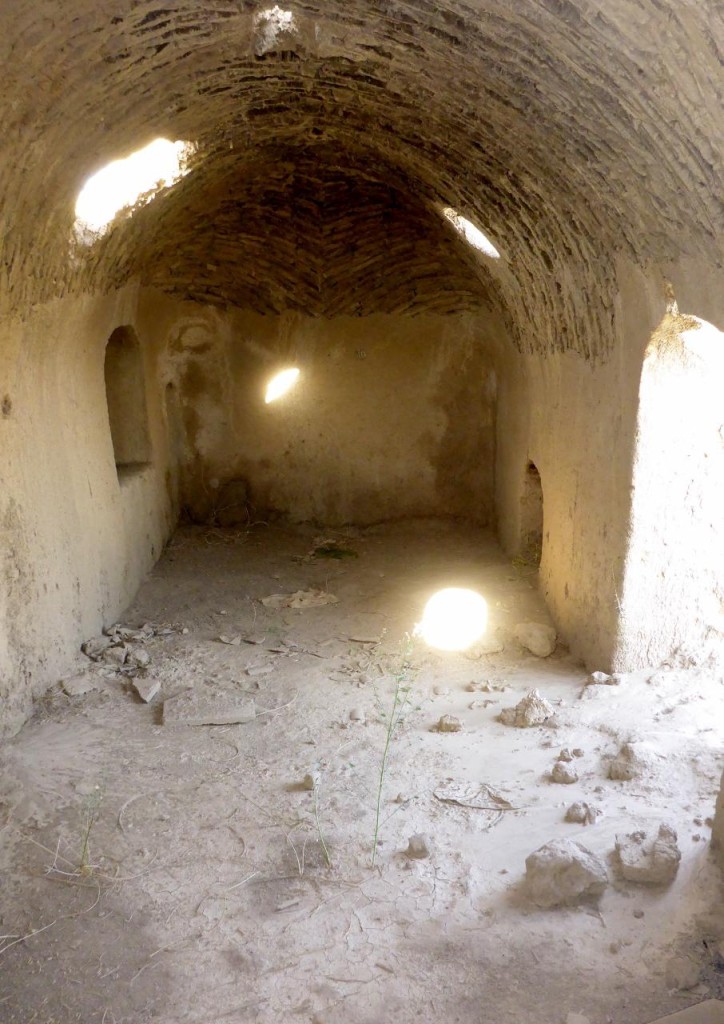 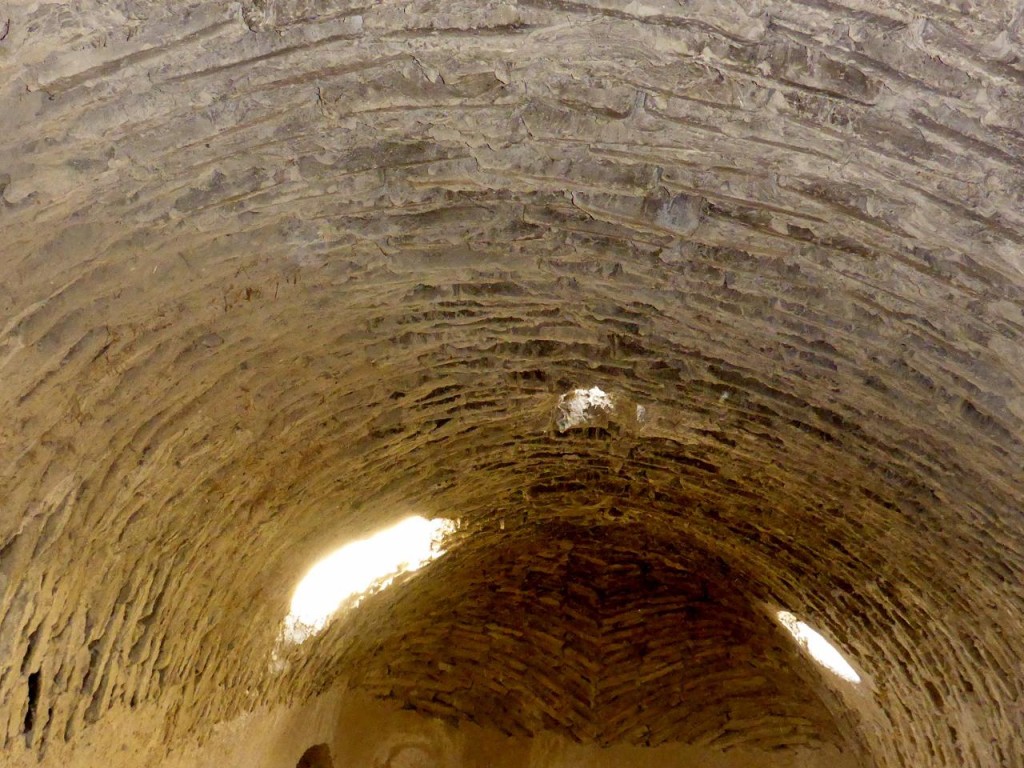 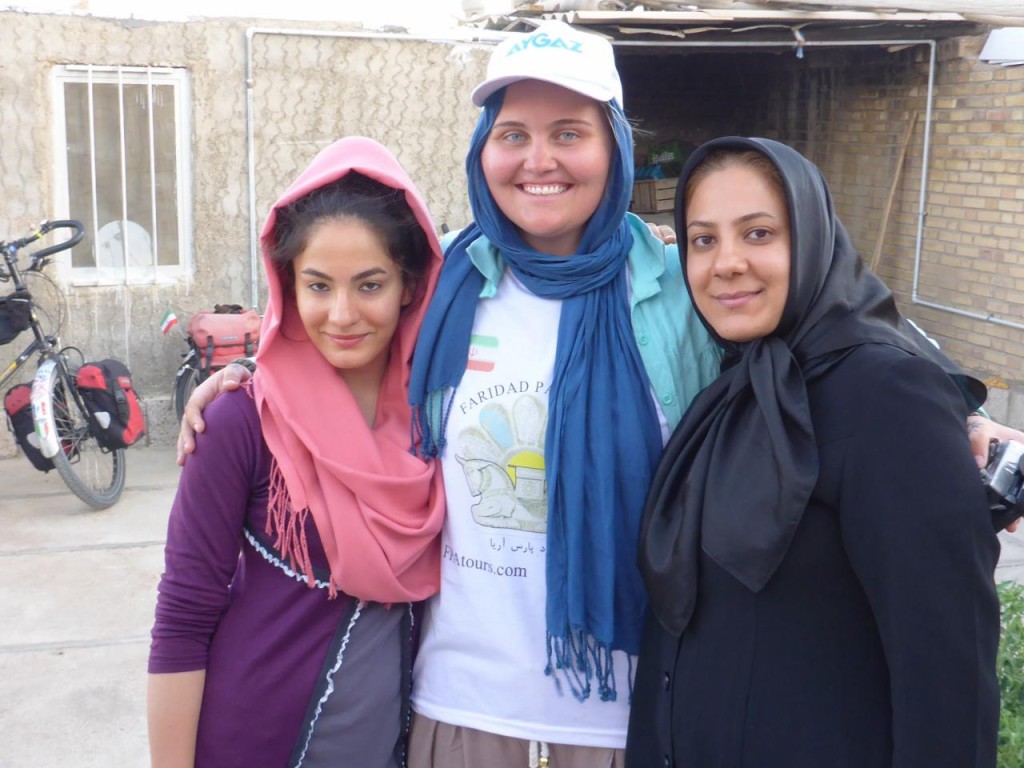