We were up early at 5:30 and met another couple that would hike with us. A taxi picked us up at 6 as on Sundays the chicken bus doesn’t run. At 6:30 we met our guide at the base of the volcano and began our climb. The first hour was fairly easy then the “fun” began as the jungle closed in and the climb became very vertical and increasingly steep. It rains quite a bit here and the surrounding jungle growth gave us a muddy sliding path. 5 hours later we were at the intersection of the descending path. Our guide had repeatedly told us that no matter where we were at 12:30 we must begin our descent so we don’t get stuck on the volcano at dark. It was 11:30 and we were told that at our pace it would take another 2 hours to summit. The guide along with me and Will headed out but I soon dropped out as the route required climbing larger boulders and steep mud slides. I didn’t want to fall and get hurt so I met Jocelyn and Kirin back at the intersection. Our guide said we hiked 80% to the summit and that was fine with us. At 12:30 the guide and Will met us as they had made the summit. We were told that it is about 50/50 for summiting the 1,610 meters as towards the top is vertical climbing rocks. As it was we made it to the road shortly before dark. It was a very satisfying 10 hour hike through jungle, old lava streams, large rocks, mud, beautiful jungle growth, lots of very pretty butterflies, lizards that we have never seen, some kind of mountain rat and of course monkeys. The male monkeys did not like us walking under their families and let us know with their growling. Back at the hostel we cleaned up and enjoyed a few beers with new friends before our long deep sleep.

This afternoon we cycled a few miles north to Altagracia and decided we were too sore and found a decent hotel to take a break in. 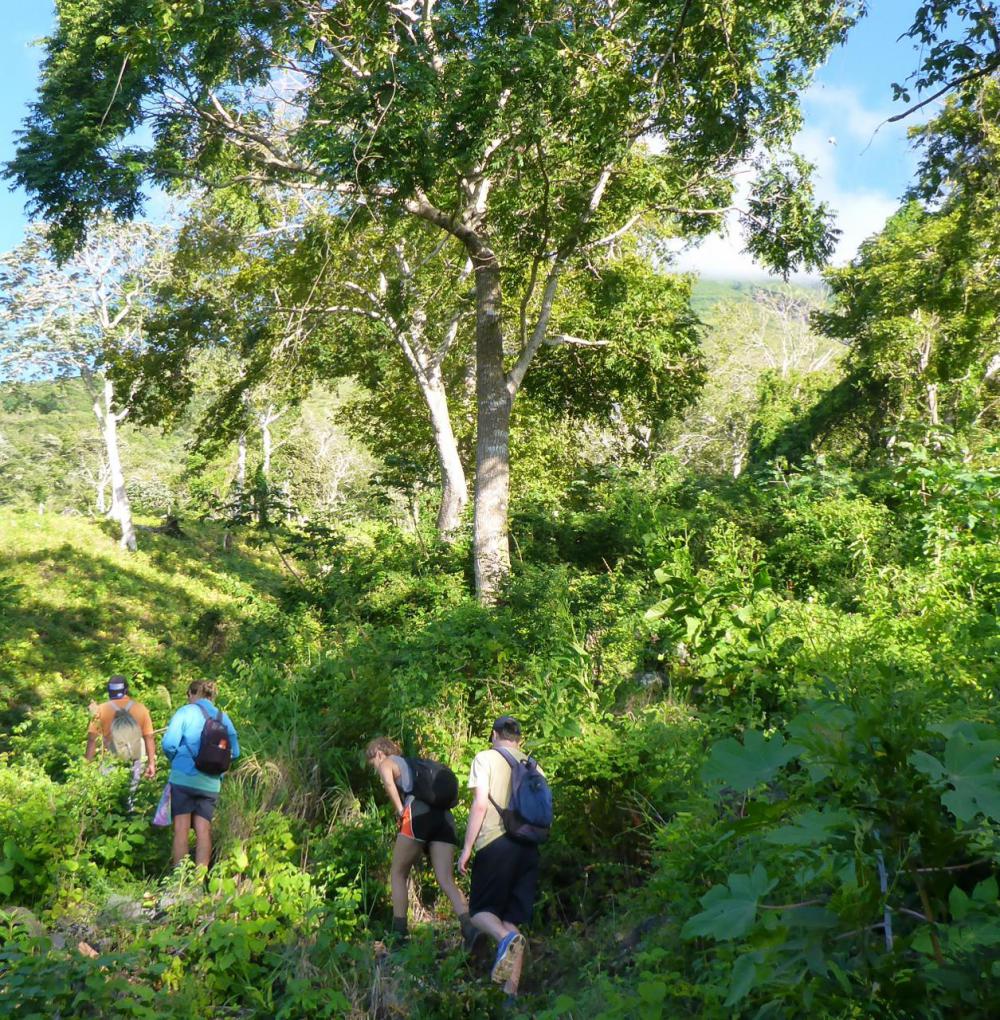 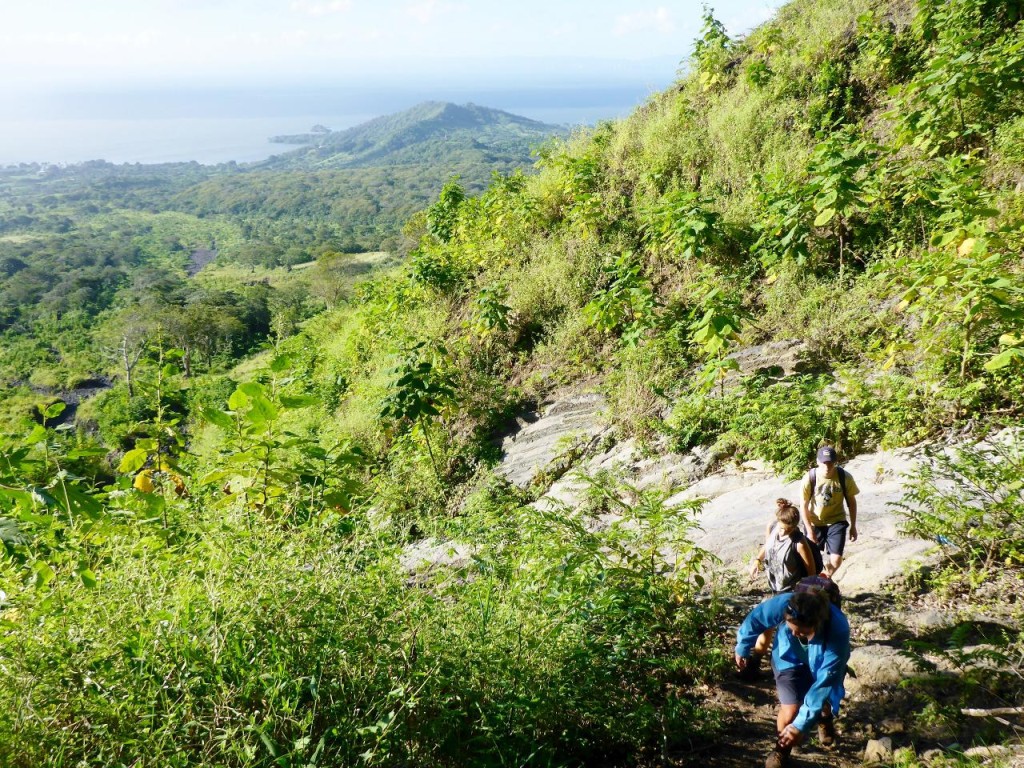 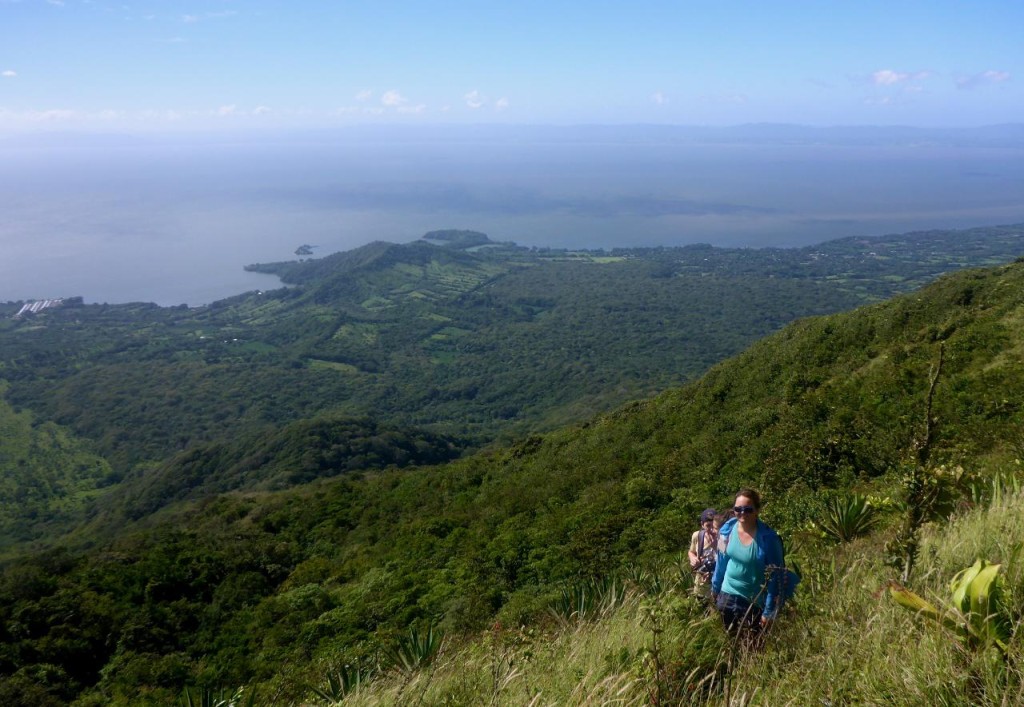 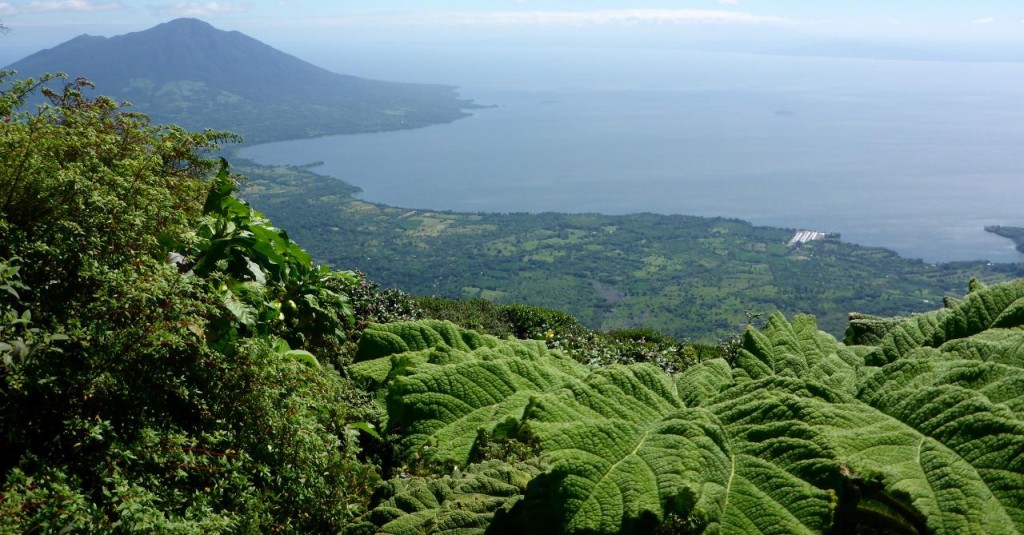 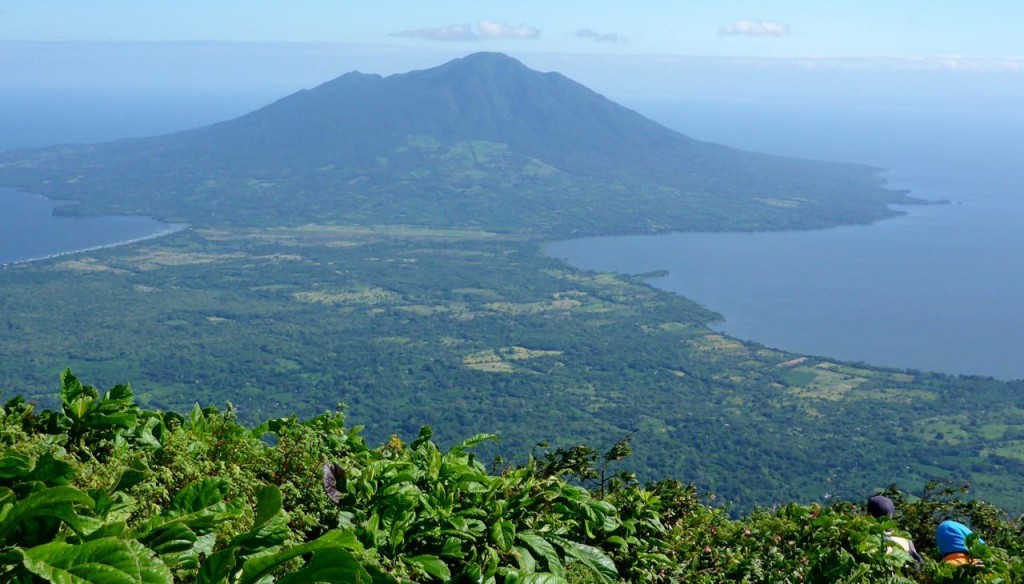 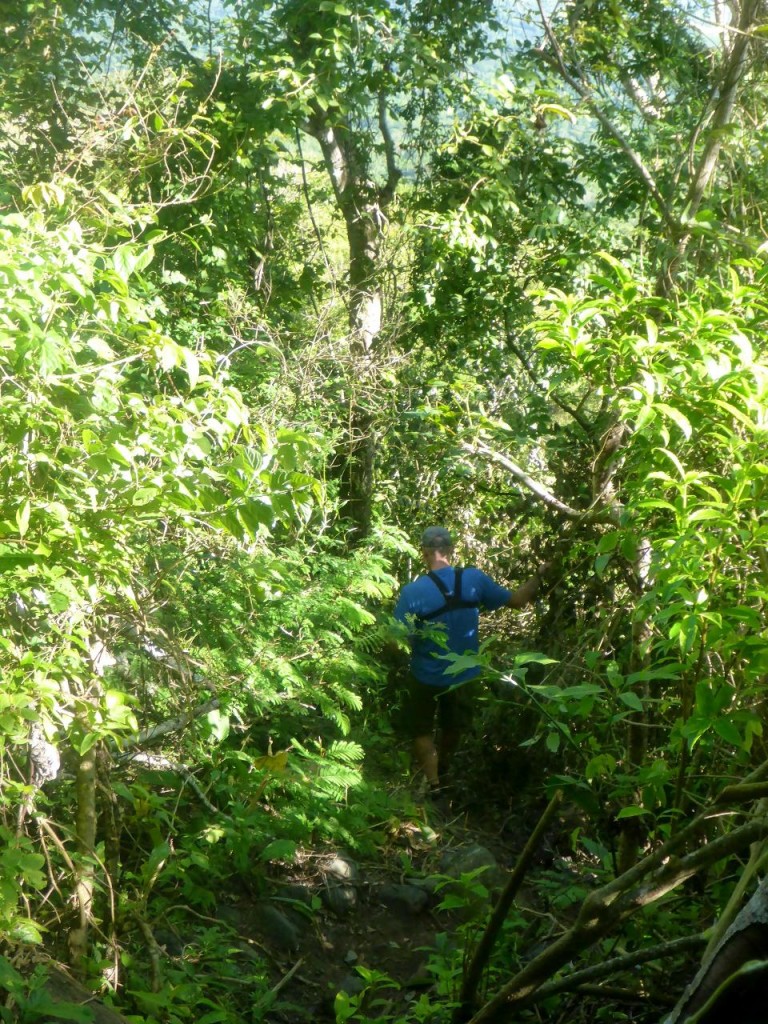 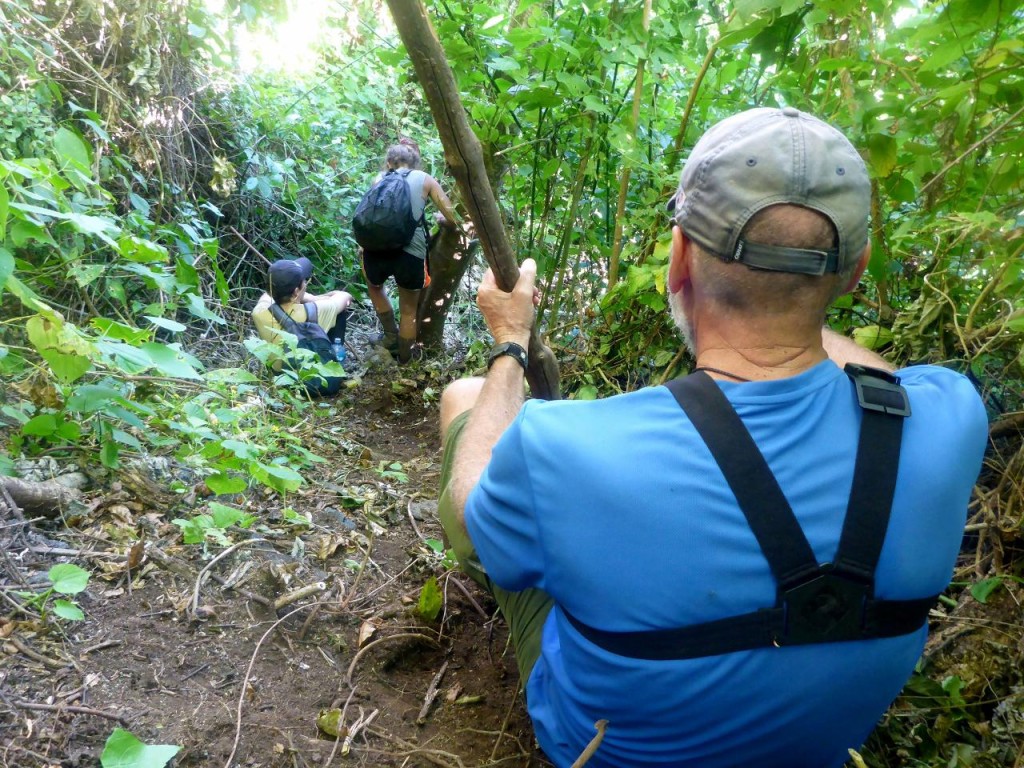 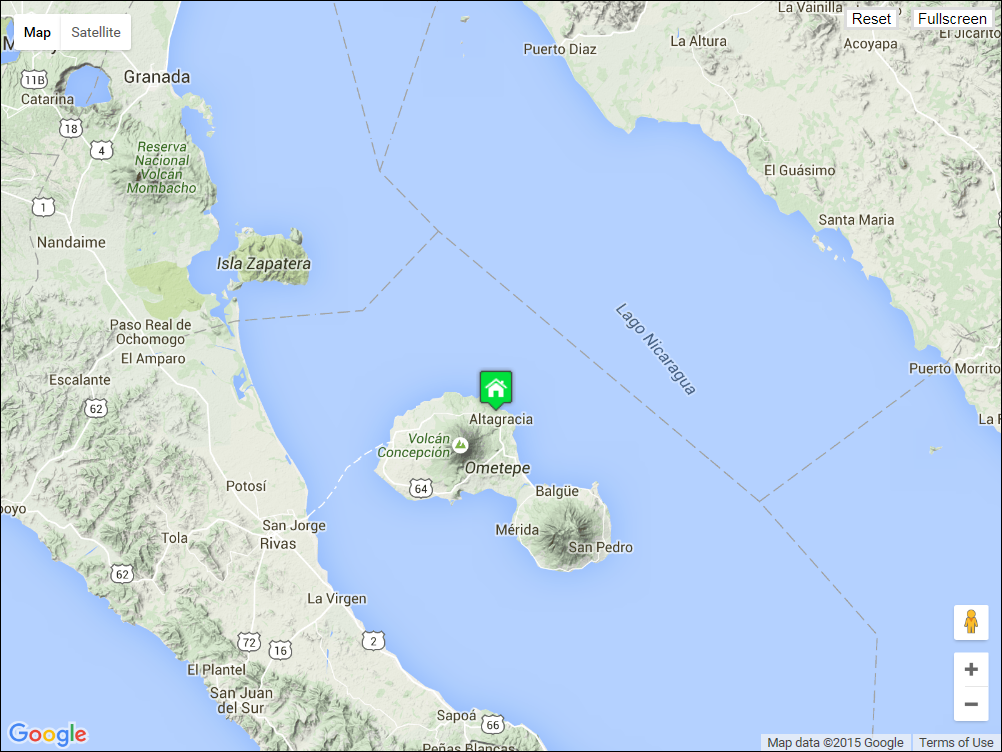