January 16, 2016 We returned to the Costa Rica’s Nicoya Peninsula after a great Christmas vacation at home in Cape Canaveral, Florida. Jocelyn had met a couple outside of Nicoya on warmshowers.org who immediately welcomed us into their home. We stored our bikes at their house before flying home. Armando recently closed his bike shop in town and is managing another so he checked out our bikes when we were gone and recommended a few items to be changed out. We were able to bring the parts with us. The major repairs were to Jocelyn’s headset that continued to loosen (new bearings) and another rear hub replacement on my bike because of bearing failure. It had become increasingly noisy to ride. This is disappointing as this Shimano Deore XT hub was new in San Diego 4 months ago and the bearings have failed. The previous hub had cracked in half on the drive side flange back in Northern California. But who knows – I could be at fault. Through Washington, Oregon and California I would stand out of the saddle and really crank it up the hills. The hub gave way on a hill in California. I don’t ride like that anymore. And the hub bearings – maybe there is too much of a side load on the rear wheel. This can happen if the wheel is not installed straight after removing say for a puncture. So it all could be me.

We flew Spirit Airlines and arrived in San Jose at 2:30 am on the 14th. We were concerned that our Spanish would falter when we returned so on the plane I reviewed my Spanish notebook from our one week class in Nicaragua. While checking in with immigration it all came back. In fact I was shocked that we just fit right in where we left off in December. I guess it is just like riding a bike! It was tough finding a hotel because most were full. After driving to several that were full the taxi driver finally found Charly’s Place after calling several. We took the last room. After a few hours’ sleep we made it to the new bus station in downtown Costa Rica (a 40 minute taxi ride from the airport). Then it was a tough 5 hours bus ride (we were in the very back seats) to Nicoya. The last two days we have spent working on our bikes, sorting all our gear with the new stuff we returned with and playing with Armando’s and Patience’s 14 month old son, Lucas. They have a nice country house high above the city of Nicoya. Every once in a while you meet someone with an immense knowledge of bicycle theory and repair. Armando is one of those few we have met around the world that really knows his stuff. It is people like Armando that help us get back on the road in better shape. Whenever we meet people and they see what we are doing they assume we are bike experts. We are far from that but manage to stay on the road with the help of others. I’d like to say I am an expert but I’m not. Jocelyn has more mechanical knowledge but meeting “experts” makes it easier.

January 17, 2016 After three nights in Nicoya it was time to leave. Thanks to Armando for the bike work, Patience for the excellent local meals she served, 14 month old Lucas for bringing the kid out of us. I’m 62 and would love to have a grandchild especially after playing with Lucas. We also enjoyed playing with their dog and three cats. It was a typical “winter” day in Costa Rica – 90 degrees in the shade and 105 degrees in the sun. We met two cyclists from Holland and enjoyed “tales from the road”. In the mid-afternoon we arrived at Playa Naranjo. Tomorrow we will leave the Nicoya Peninsula by ferry to Punta Arenas. By doing this we avoid a very busy section of the Pan American Highway.

We have a busy year planned which includes storing our bikes to attend my nieces’ weddings in April and July wherever we may be. 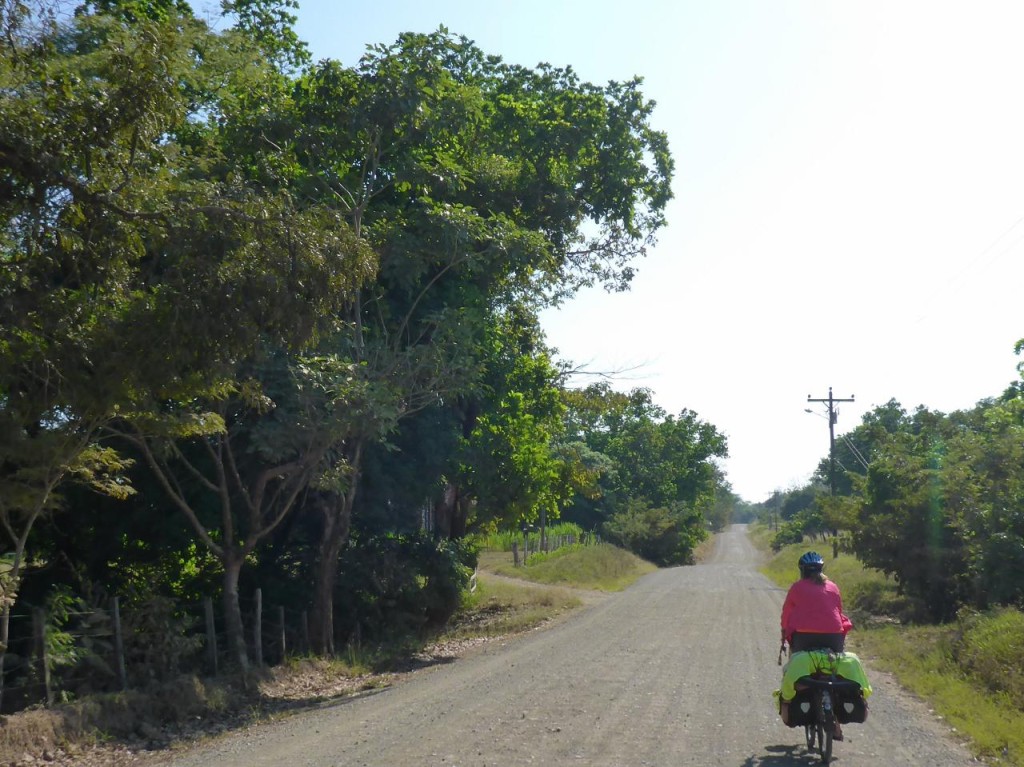 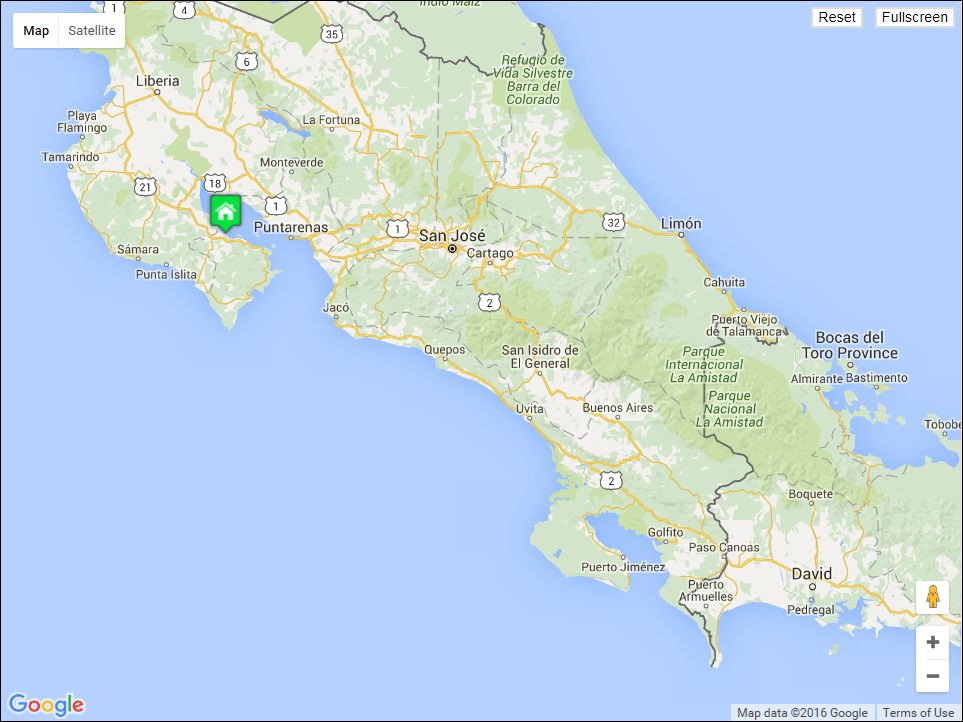