Chinese transportation tickets are difficult to purchase unless you or someone with you speaks Chinese. As in Kyrgyzstan we found an excellent English speaking travel agent in Kashgar. Musa was a tremendous help in obtaining our train tickets, knowledge of the area, as he is a local, and general recommendations for China travel. Musa can be reached by email or cell:

We had originally planned to spend two extra days in Lanzhou so that we could travel to the Tibetan Plateau and Grasslands and tour the Labrang Tibetan Monastery. We had checked with the bus station for the 4 hour drive but really couldn’t figure it out and because of inclement weather sometimes the pass is closed due to snow as it was on Monday. While discussing options with the hotel manager another guest mentioned that he and his friends were considering renting a van and driver for the next day to go there and if we were interested the cost would be split 7 ways. We immediately said yes and Tuesday morning we drove with five new friends from Malaysia. It was raining until we climbed the Tibetan Plateau to about 10,000 feet and arrived in LaBrang, China to find beautiful but cold weather. This part of Tibet, also called “The Roof of the World” ,due to the immense size of the plateau, is open but the Tibet area south of the Himalayas is closed to tourists and requires a special permit and guide. Tibet is a former independent nation whereas the plateau and highlands were always part of China. Tibet became part of China in 1965.

We spent Tuesday night at a hotel in Labrang and then toured the beautiful Labrang Tibetan Monastery Wednesday. We are back in Lanzhou and travel tomorrow overnight by train to Chengdu then retrieve our bikes and ride south hoping to soon find warmer weather. 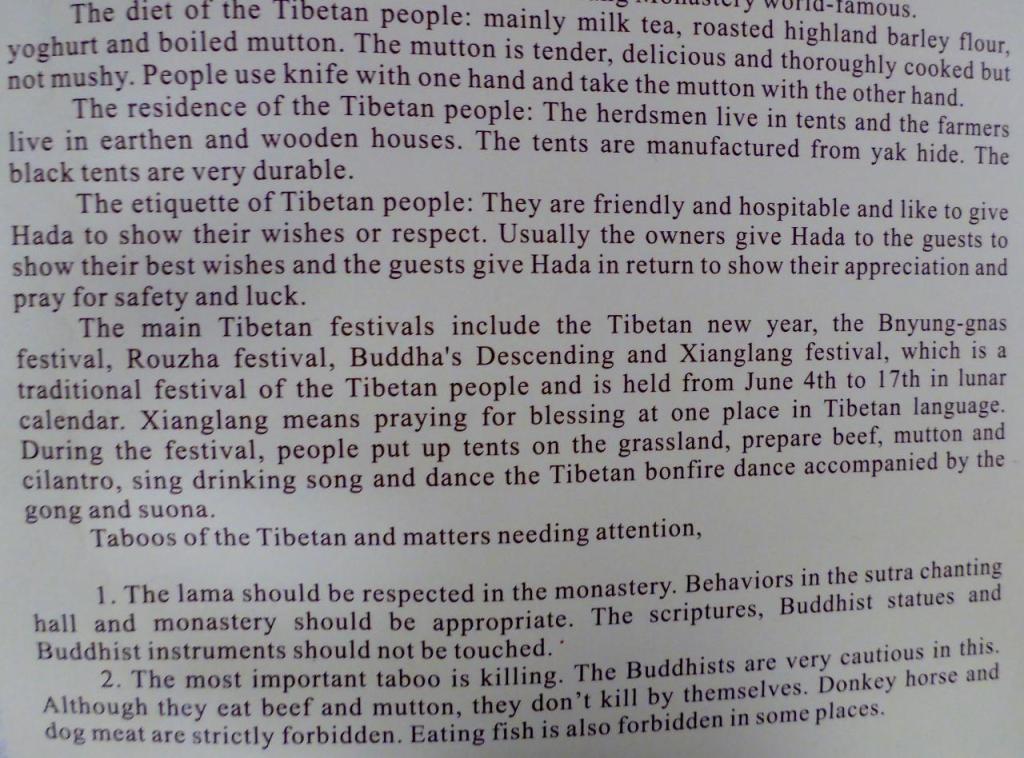 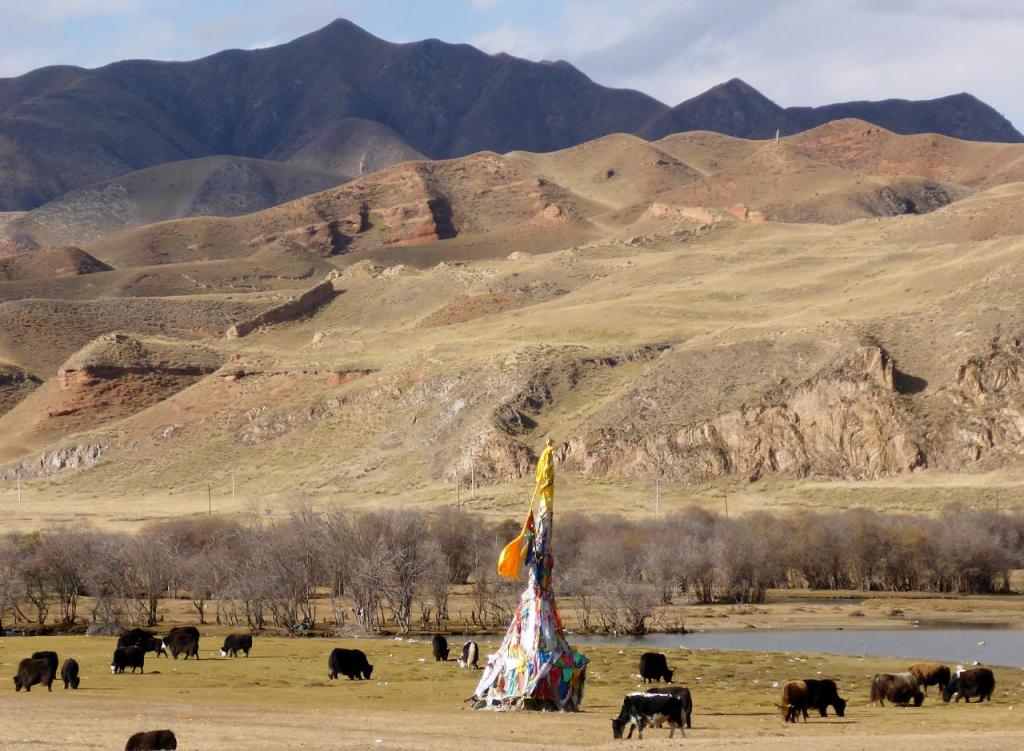 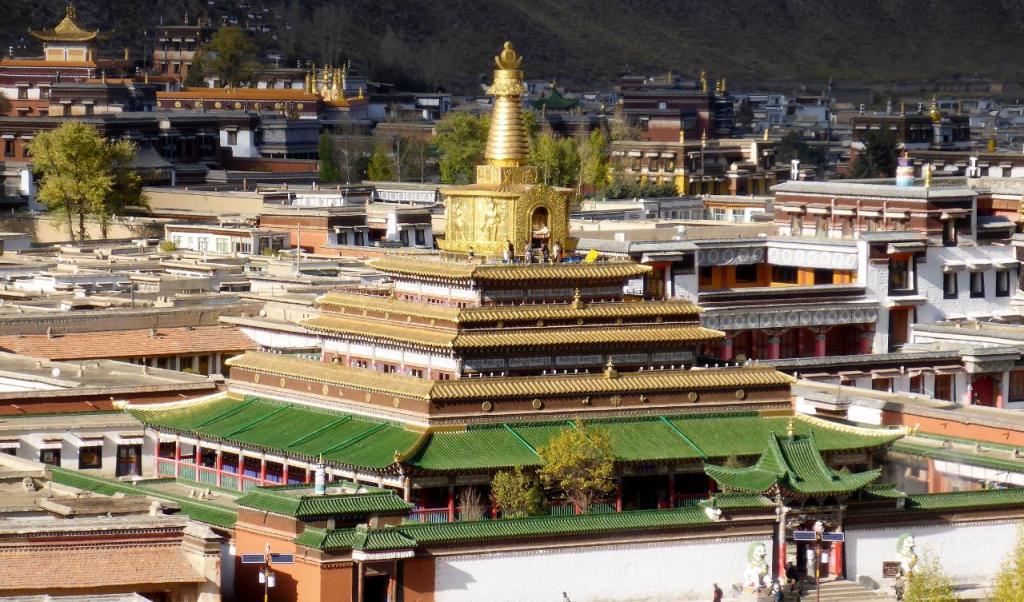 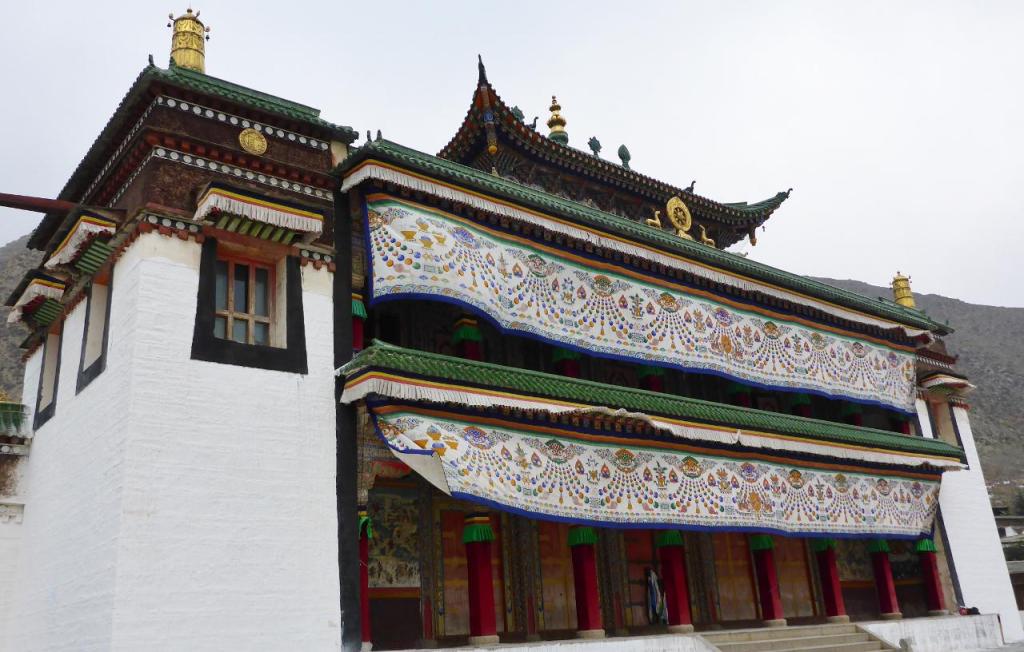 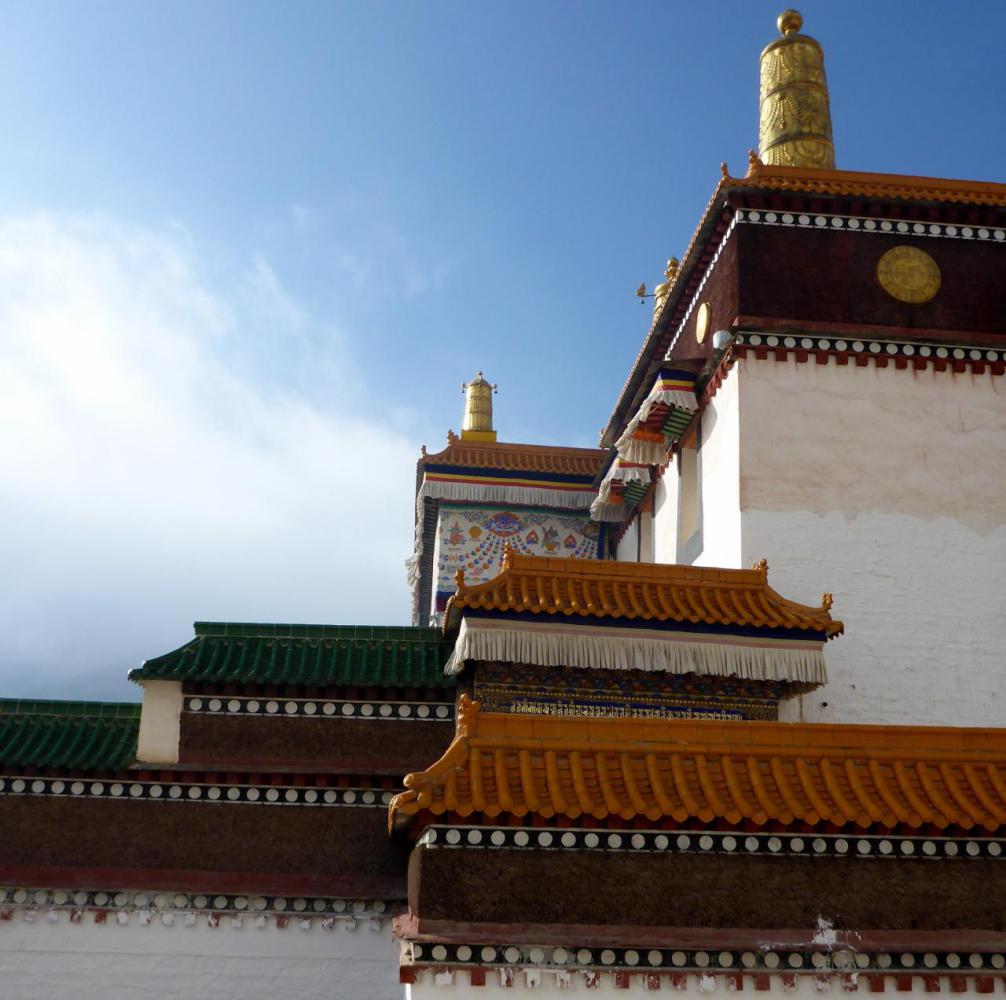 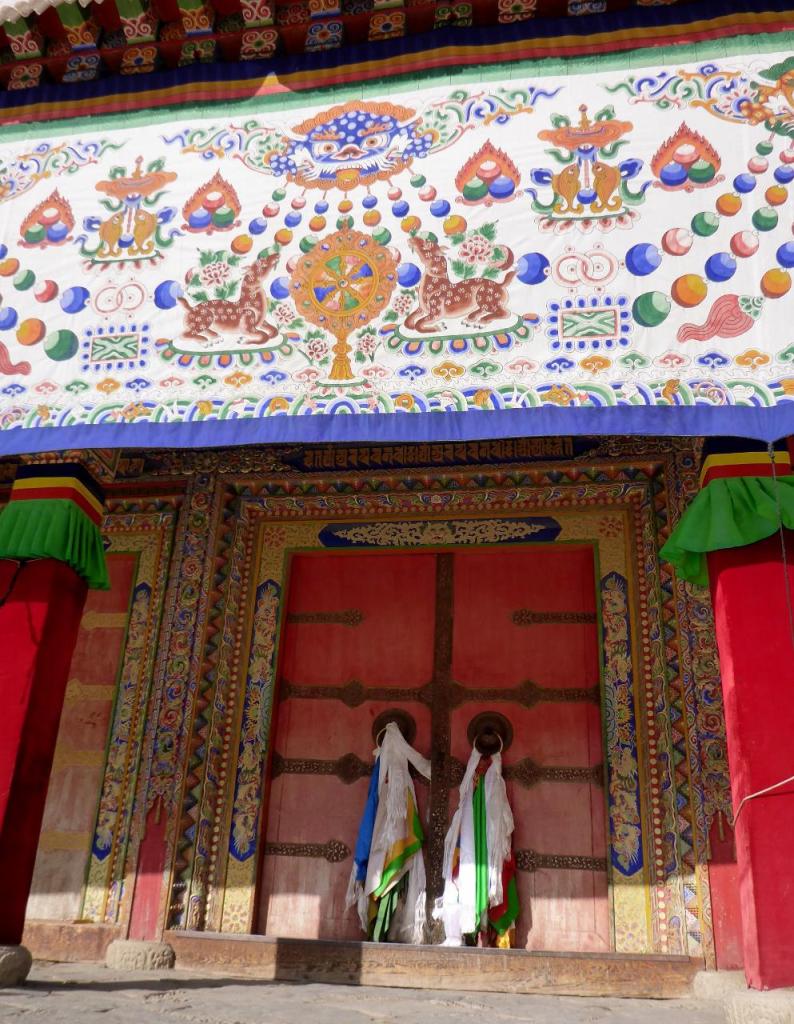 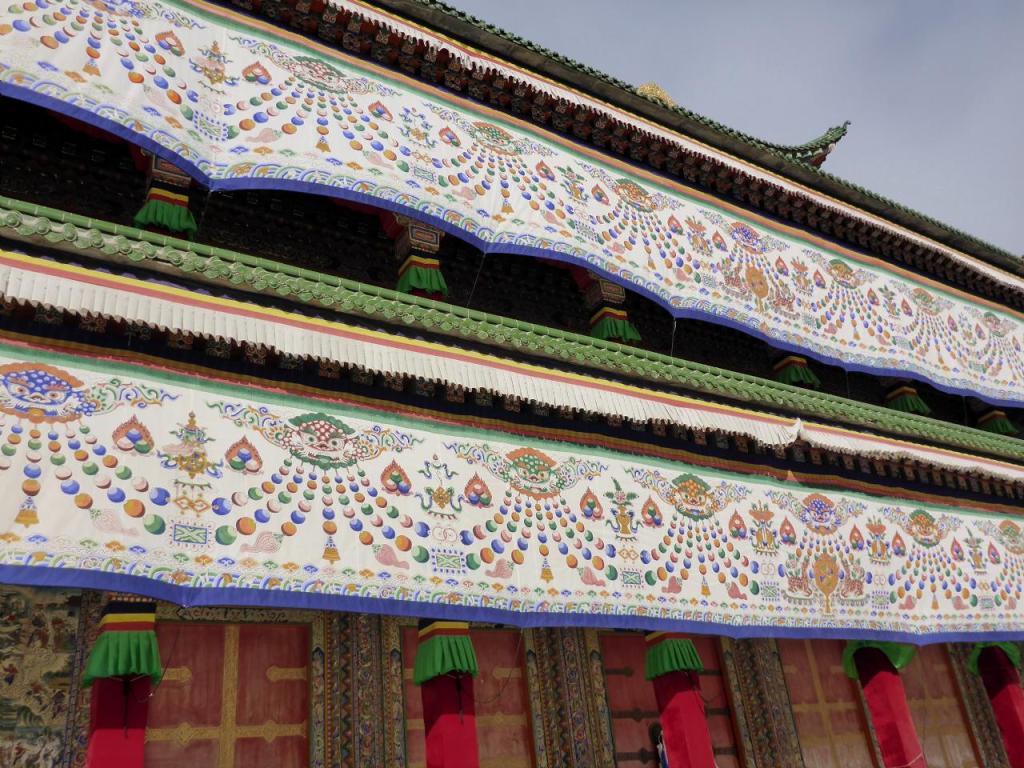 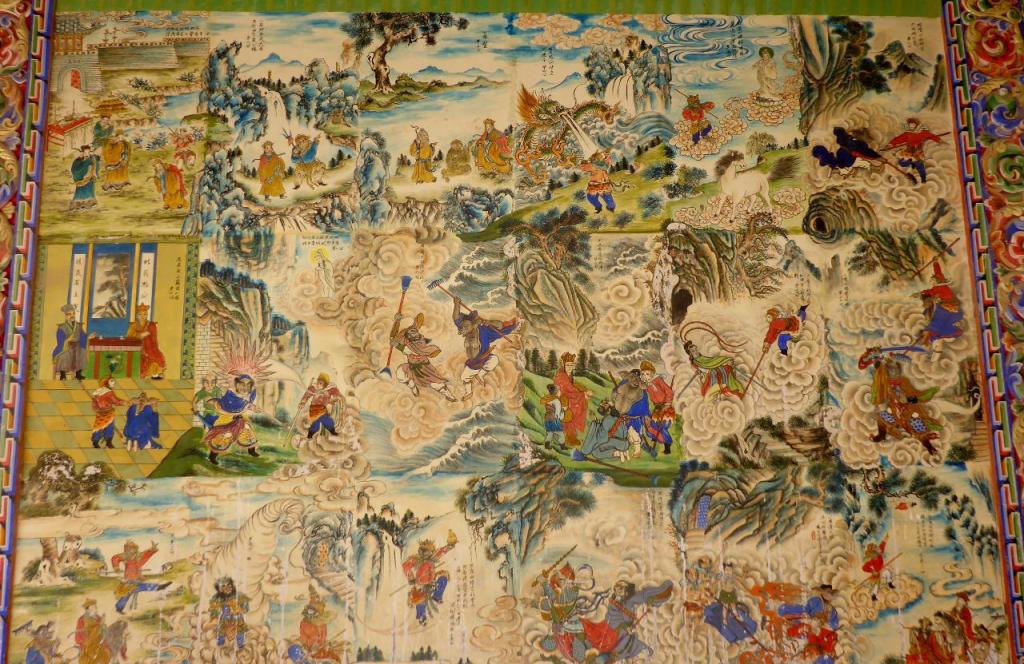 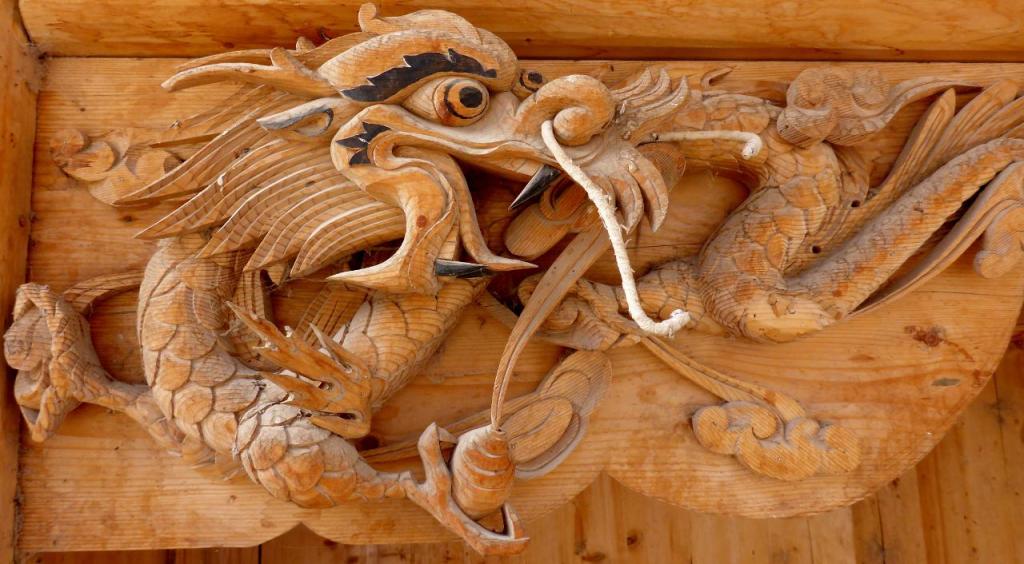 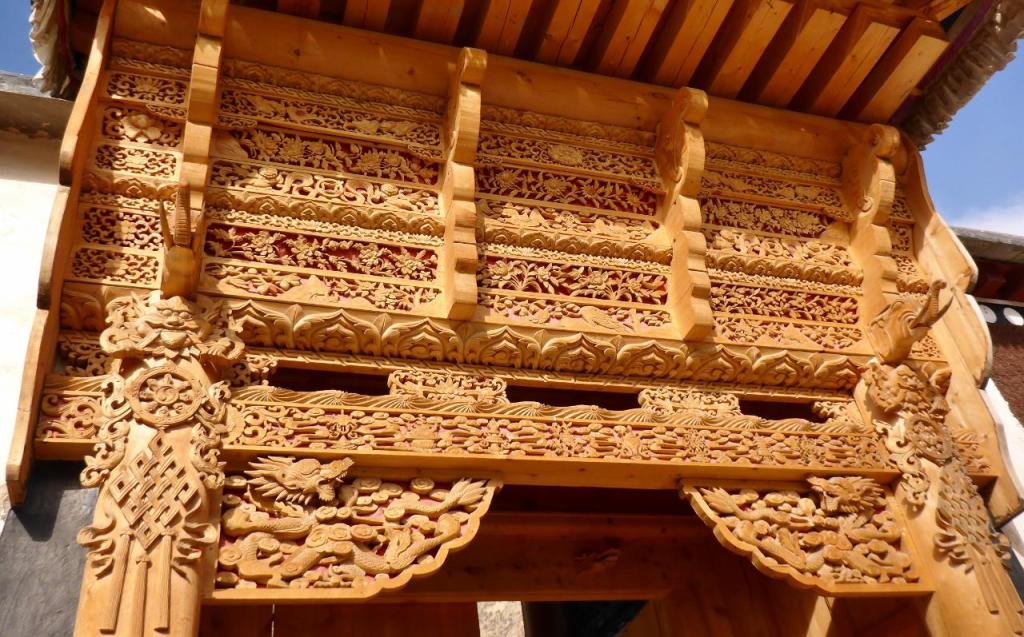 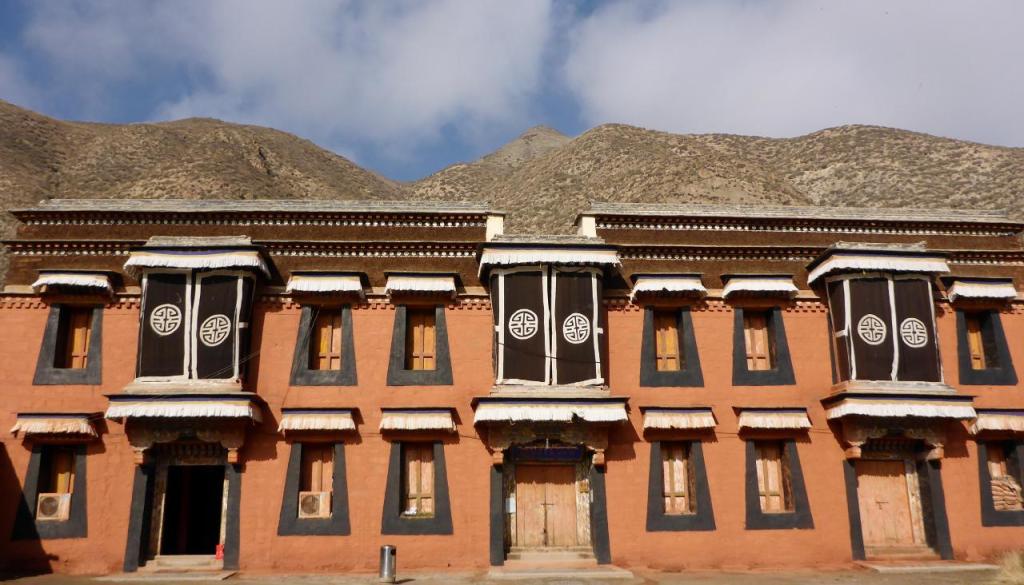 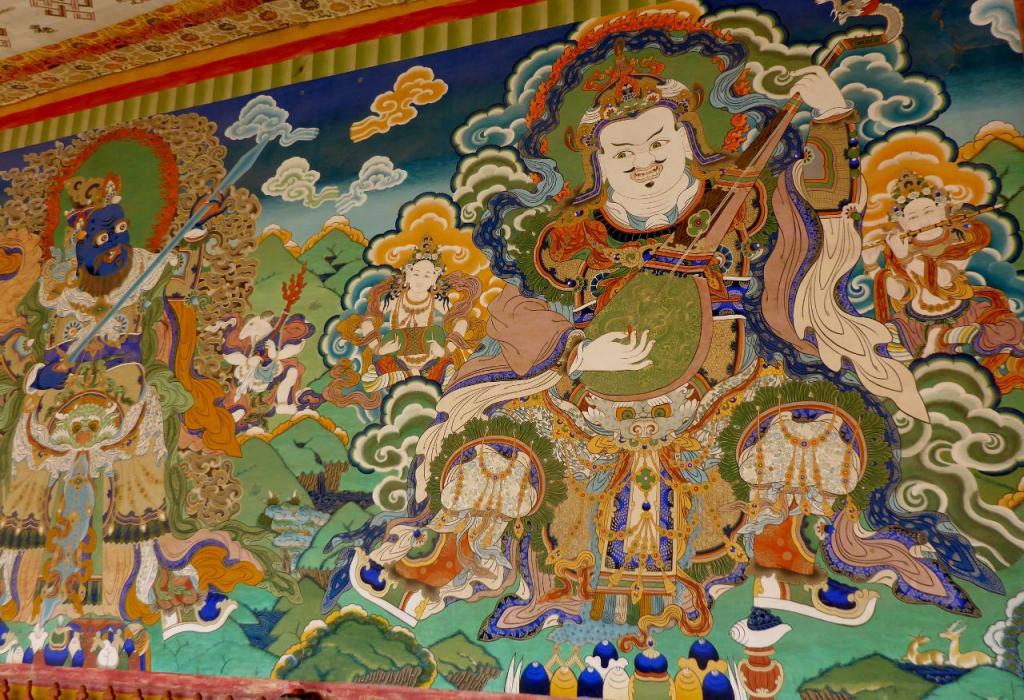 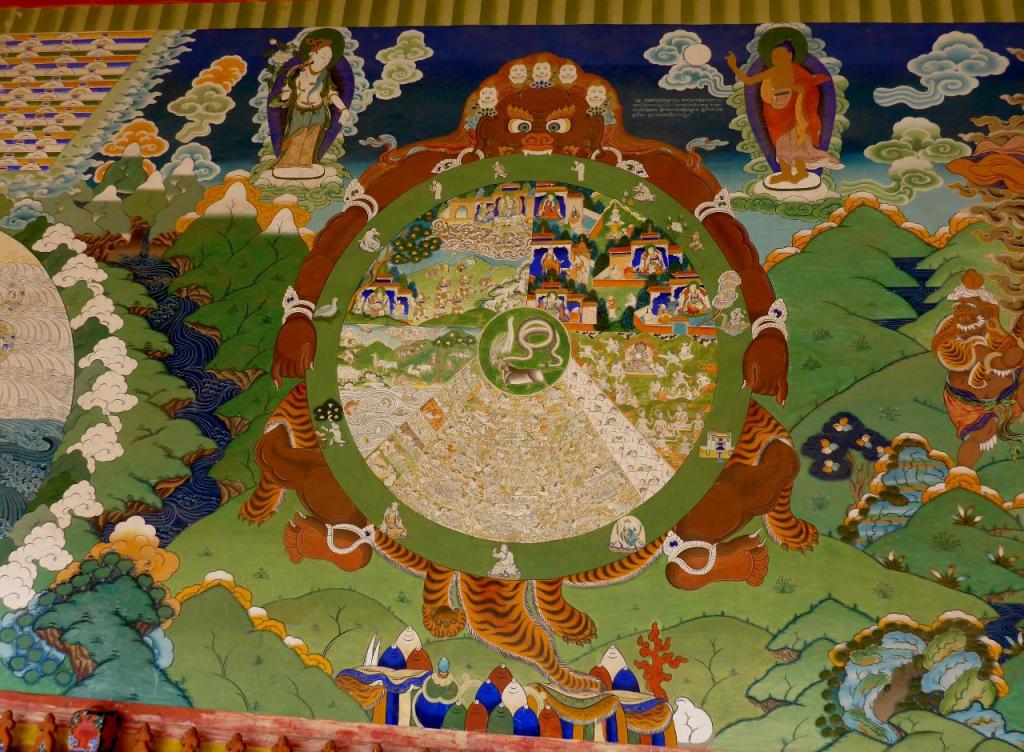 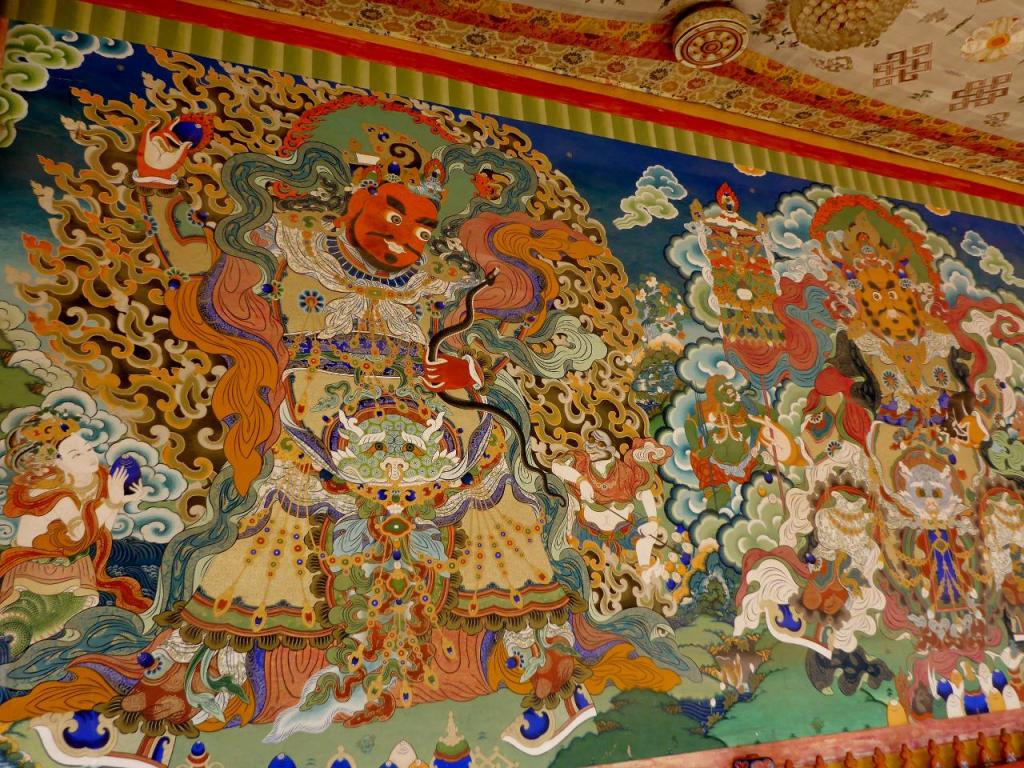 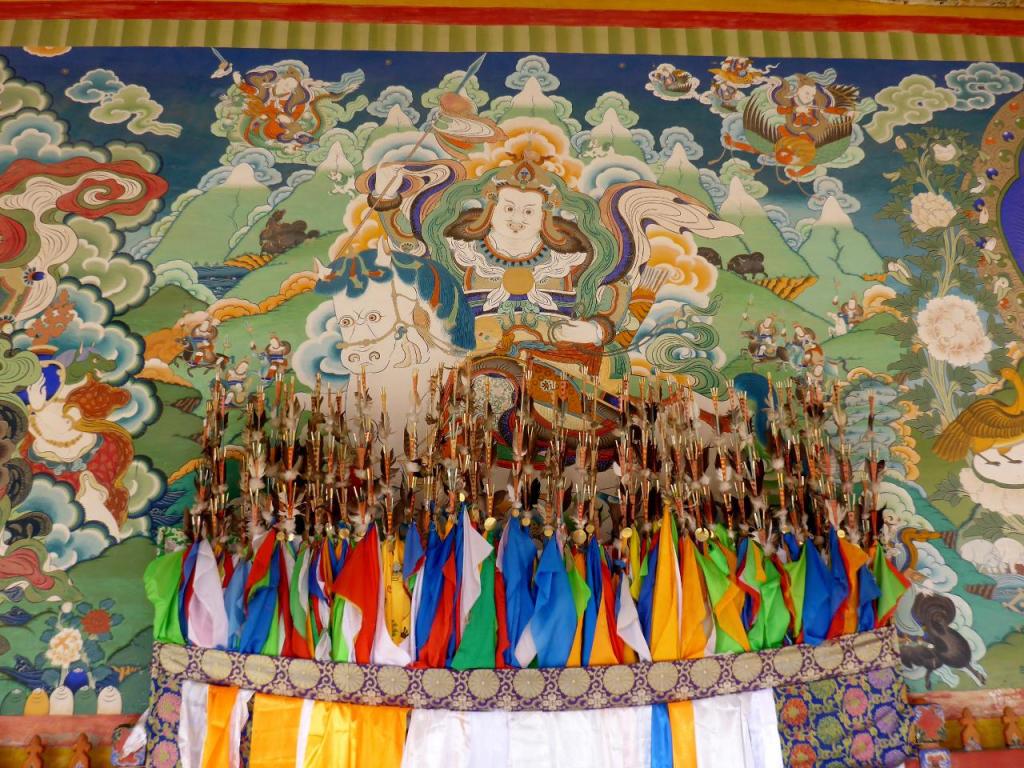 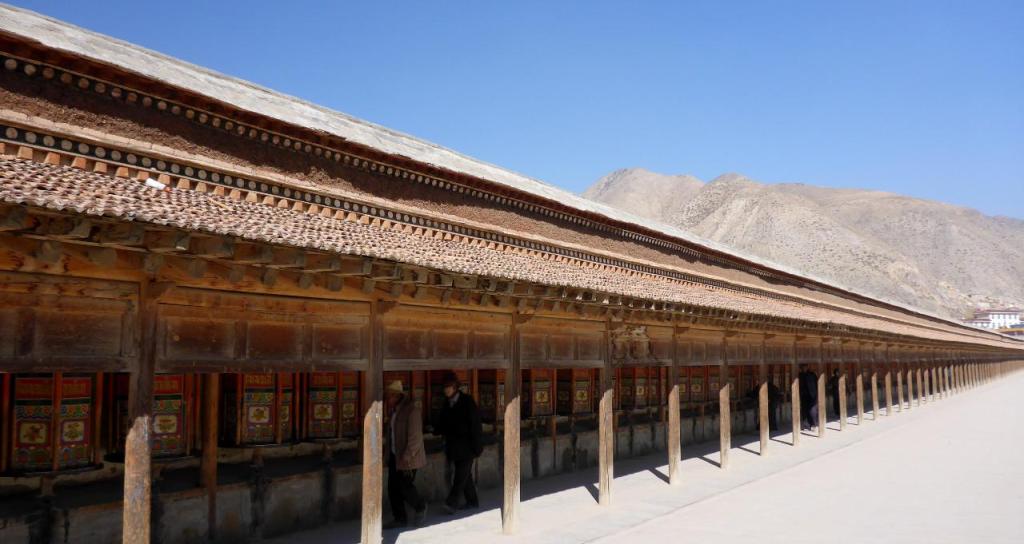