February 7, 2016 39 miles We continued onto our goal for Sunday of San Agustin. The day started cool then the rain kicked in during the long and sometimes steep climb to the town. It was a real struggle to climb about 2,000 feet in the last 3 miles and took a little over one hour. I walked the first ½ mile but Jocelyn excels at this type of climbing. I soon enjoyed the climb as it was up, up, up, instead of the last few days of up, down, up, down. At least we were getting somewhere. Once in San Agustin we struggled through the very busy Sunday afternoon streets before finding a really cool hospedaje off the main road. Hospedaje El Jardin (garden) Casa Colonial is a really cool place full of rooms (singles and dorms) in a garden setting with much of the construction in bamboo. After cleaning up we went in search of the Super Bowl but ended up finding a fine pizza parlor. However when we returned to our room we found the game in on our room TV complete with all the English commercials with the commentary in Spanish. I went out and found some beer and chips to enjoy with the game. It was a very fine day.

February 8, 2016 We are taking a day off to explore San Agustin.

San Agustín (Spanish pronunciation: [san ayus'tin]) is a town and municipality in the southern Colombian Department of Huila. The town is located 227 km away from the capital of the Department, Neiva. Population is around 30,000. The village was originally founded in 1752 by Alejo Astudillo but attacks by indigenous people destroyed it. The present village was founded in 1790 by Lucas de Herazo and Mendigaña. San Agustín Archaeological Park is an archaeological site in San Agustín, Huila, Colombia. It was declared a UNESCO World Heritage Site in 1995. The site contains the largest collection of religious monuments and megalithic sculptures in Latin America[1] and is considered the world's largest necropolis.

The archaeological park corresponds to the upper basin of the Magdalena River and its primary tributaries, and relates to several municipalities in Colombia and in the town of San Agustin in Huila in the eastern foothills of the Colombian Massif, from which emerge the three Andean mountain ranges traversing the country from south to north in the Andean Region. San Agustín is 520 km from Bogotá.

The park itself corresponds to a small area with a high concentration of graves. San Agustín Archaeological Park consists of three properties:

The last two do not belong to the archaeological park of St. Augustine but are independent parks found in the town of San José de Isnos, a few miles from San Agustine.

Upper Idols is 4 km from Isnos. People can walk or horseback from St. Agustine, crossing the Strait of Magdalena River. In Upper Idols, is the tallest statue of St. Agustine is 7 meters.

Upper Stones is 7 km from Isnos. There is the I Double statue. There are also Plank, The Chaquira, Ball and Purutal nearby. From the Chaquira you can see the Strait of Magdalena.

The remains of the ancient cultural groups are scattered over an area of over 50 square kilometers, on plateaus located on either side of the canyon formed by the top of the Magdalena River.

February 9, 2016 Yesterday with 7 others we toured the surrounding tomb areas around San Agustin by horse. We spent 6 hours riding to three sites of tombs with statues before ending up at the National Architectural Park at San Agustin. The area contains 508 statues collected from many countries. It is the largest collection of pre-Columbian art in South America. Several societies developed here about 6,000 years ago. This vast mountainous territory is one of Colombia’s most significant reservoirs of water, since it is here that five major rivers cross the country in different directions. It also became the major area for burials of the different societies. Entire families were entombed together with one site having 49 people. The tombs were covered by huge slabs of rocks and statues carved to protect the tombs or as headstones. Most of the statues are not from their original placement as throughout the years tombs were unearthed and robbed of any valuables. In fact many of the statues were destroyed as some people thought there was gold hidden inside. Some of the sites we saw were original however. The statues are real, not replica’s, and are dated about 2,000 years ago.

One very interesting aspect of the statues is that it is believed that people from Asia, New Zealand, Africa, Egypt, and Mesopotamia travelled and settled here. Our park guide carried along a notebook that compared the statues to those from different countries. On examination one can see similar face features and styles say when comparing these to those found in Egypt, Africa, etc. It appears there is a definite connection. There are slant eyes and round eyes, large African adornments, different types of ears, and very similar tools shown in hands.

We finally returned to our casa after 7:30 after a long day of exploring. Since we were so tired this morning we decided to take a real break day today and explore San Agustin by foot. Tomorrow we descend to the valley and continue our trek to Ecuador.

One thing we have noticed is that the Spanish we used in Mexico and Central America is not always understood here in Colombia. So we are adapting to the new lingo. 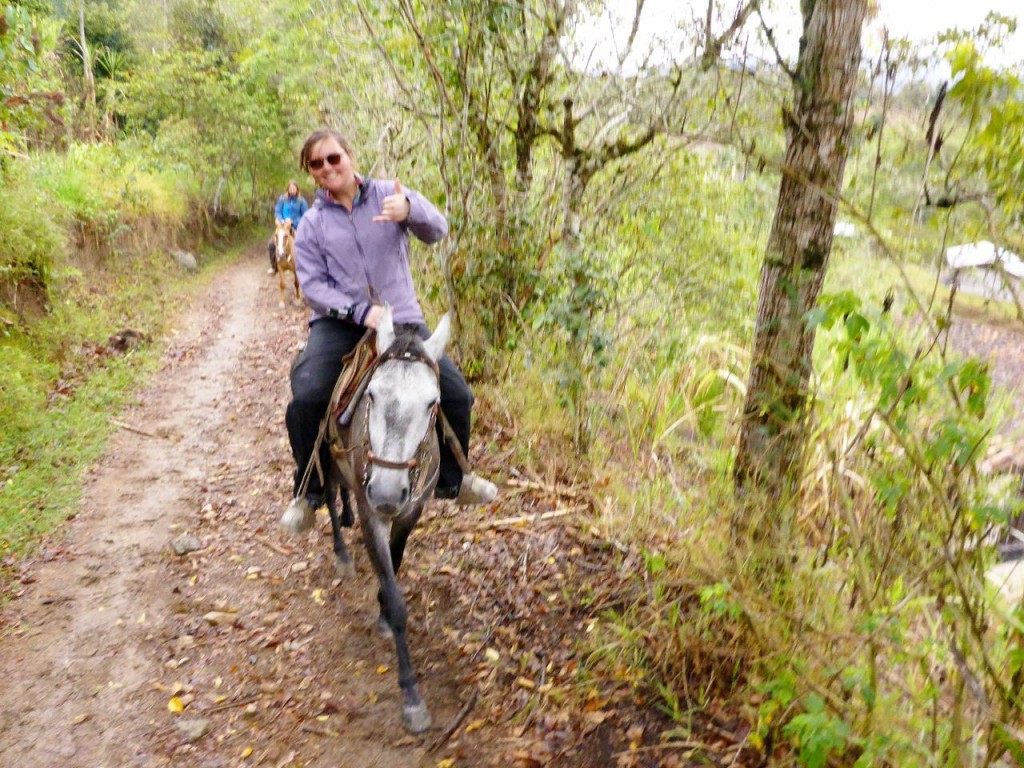 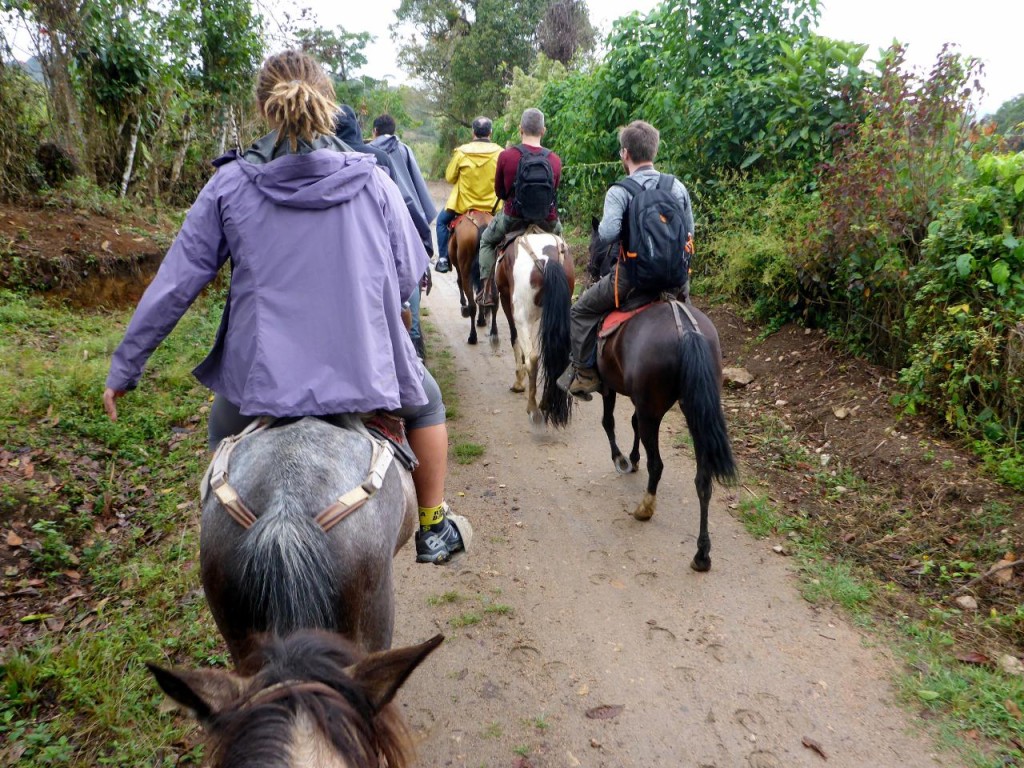 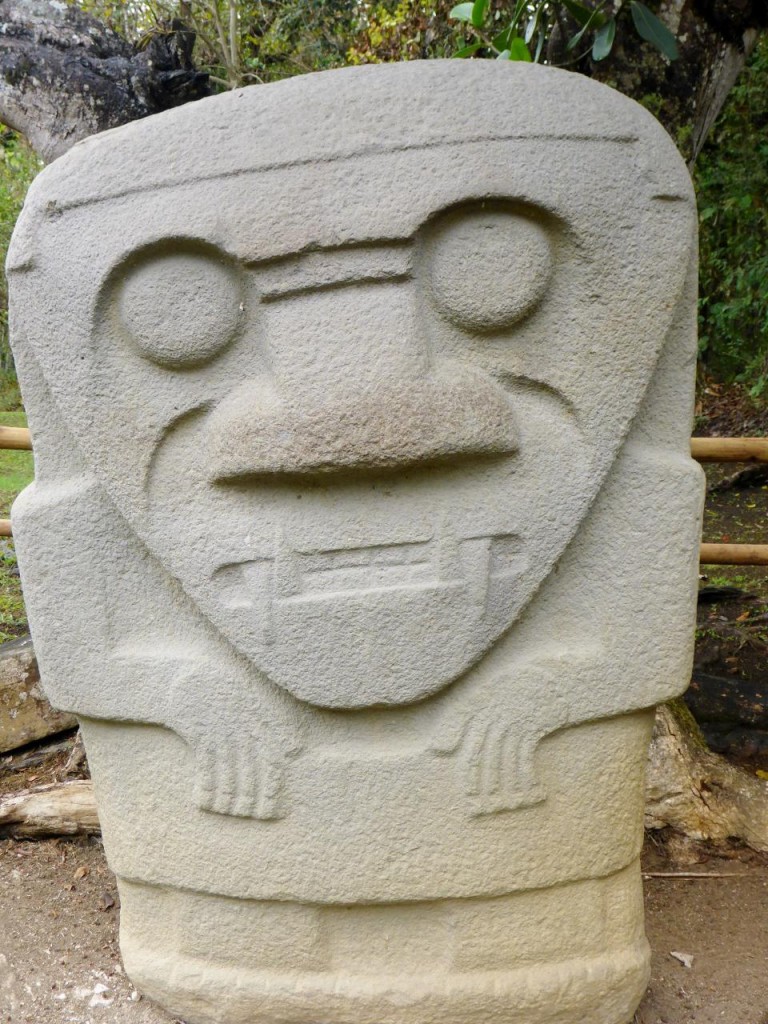 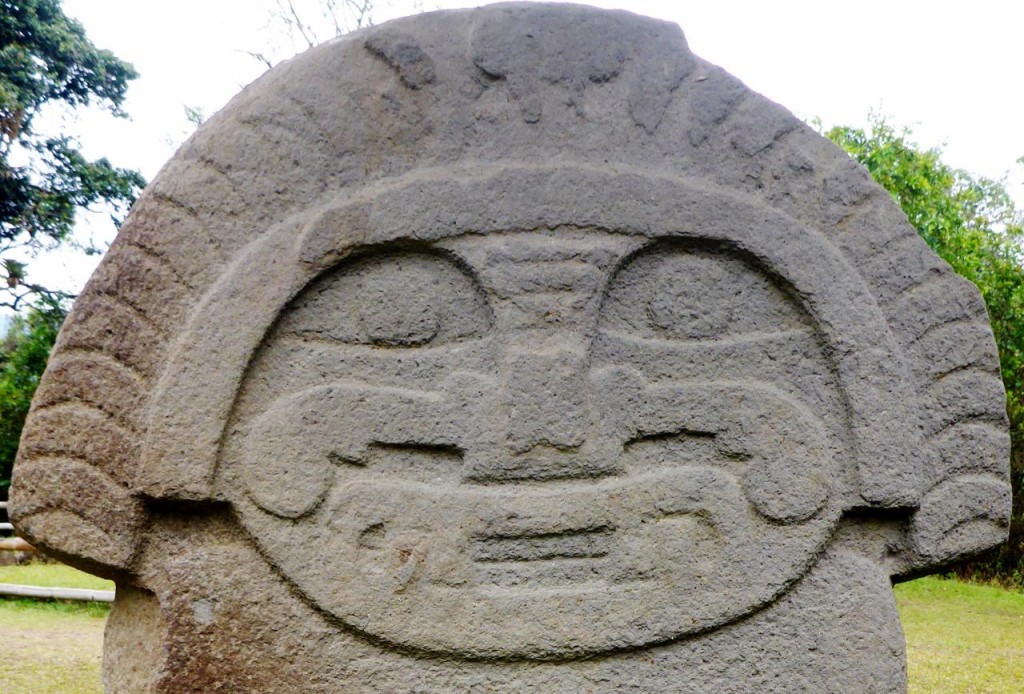 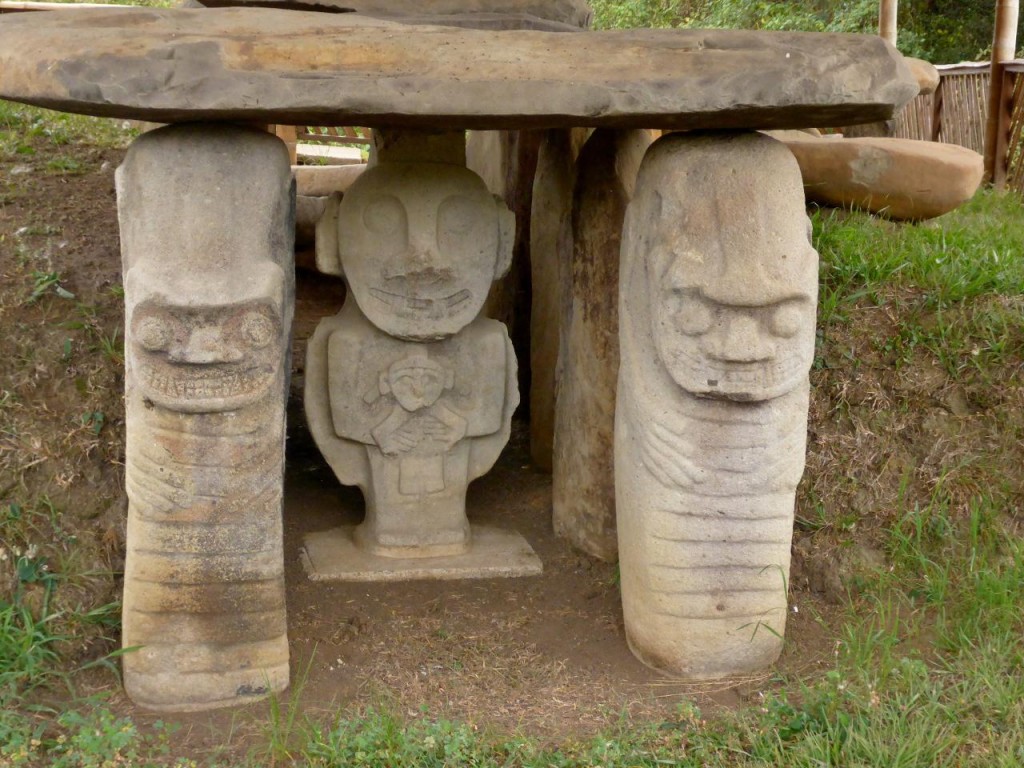