February 4, 2016 105 miles Two days 105 miles Yesterday we got a good early start from Saldana in a cooling morning rain. It was quite refreshing. We enjoyed a typical Colombian breakfast before riding out of town. The night before we enjoyed walking the streets and eating our favorite type of food which is street foods. The day was much easier with the continued cloudiness and soon the hills began with increasing steepness and frequency and we were told that until Ecuador it is all climbing. After a rough afternoon we rode into the town of Aipe where we found a new hotel run by a couple who said they have 17 kids. That seemed hard to believe as they didn’t look much older than 50. Several of the people at the hotel said they were their kids so maybe some adopted? After our usual cleaning up, washing clothes and such we explored the small town and found hamburgers! After that we found ice cream cones! Except for the family parrot who screamed most of the night we had a good rest. This morning we bought breakfast from the local market and continued south. We want to be in the UNESCO World Heritage city of San Agustín which is an archeological site by Sunday Super Bowl time. The city was founded in 1752 and is the site of pre-Colombian ruins. It was another cloudy day so the miles came easier. While we were taking a break outside a market two touring cyclists rode by. I yelled, “Hey” but they kept going. The guy shrugged his shoulders and waved as obviously the girl in front didn’t want to stop. They were like 15 feet away and just kept going. The guy yelled, “Sorry” and kept going. We had that happen to us in Tajikistan as a couple, obviously American, was passing us within a few feet and the female turned to the male and said “don’t stop”. We think it quite rude if another touring cyclist doesn’t stop for a 2 minute chat. We understand if they are on the other side of a busy road but right next to us? If you are having a bad day a simple wave works. We have talked with many other cyclists as we find it interesting and fun to see what others are doing. After lunch in Neiva we cycled through the town of Campoalegre where we found a hostel owned by a very nice older couple. When we were in our room with the senora there was a bell ring at the front gate. The senor answered and it was the national policia asking if there were foreigners in this hostel. At that the senora put her finger to her lips to silence us. The senor told the policia no and he left. Apparently in this country as in China foreigners are only allowed to stay in government approved hotels. I remember in China going into some hotels and being told no for a room. Also in some villages people shunned us. We were forced to camp illegally at times because of this. The hostel owners asked us when we would leave in the morning. We told them 7 and they were pleased as the policia start making their rounds at 8. Obviously a neighbor called the policia when we entered the hostel.

February 5, 2016 56 miles Last night thunderstorms brought lots of rain. Since Colombia is in a serious drought this is very welcome. We like it too because we cycled in the overcast much cooler weather. We were out of the hostel by 7 and soon started climbing through the beautiful mountains. By 4 we were entering the town of Garzon where we found a hospedaje, which is very low cost lodging and basically a step above camping. At $6 each we got two. These lodgings are very basic with a toilet, sink, shower, bed and the all-important fan. It is open around the roof so critters like large lizards do get in. But they eat the mosquitoes so they are very welcome.

February 6, 2016 46 miles We once again started early into the continuous ups and downs through the foothills of the Andees. The foothills are at 3,000 feet and sometimes drop to sea level before rising again. It can be very tiring for a touring cyclist especially with all the weight we carry. Some of the time there is a shoulder but mostly without. I was forced off the road twice today by trucks. We stopped in the town of Atamira to share a liter of coke along with a few local cookies. While there another touring cyclist, Chris from England, rode by saw us and stopped. He is cycling for a charity from Alaska to Argentina. Together we complained about the ups and downs and laughed about it. That’s all one can do. It is very tough.

Our goal for the day was the town of Pitalito but after 3 hours and 12 miles from Atamira we were beat. Jocelyn wanted to continue the next 11-12 miles to Pitalito but she agreed with me that it was wise to stop since it was almost 4. We quickly found the only hotel in town and at another $6 per room we splurged on two. 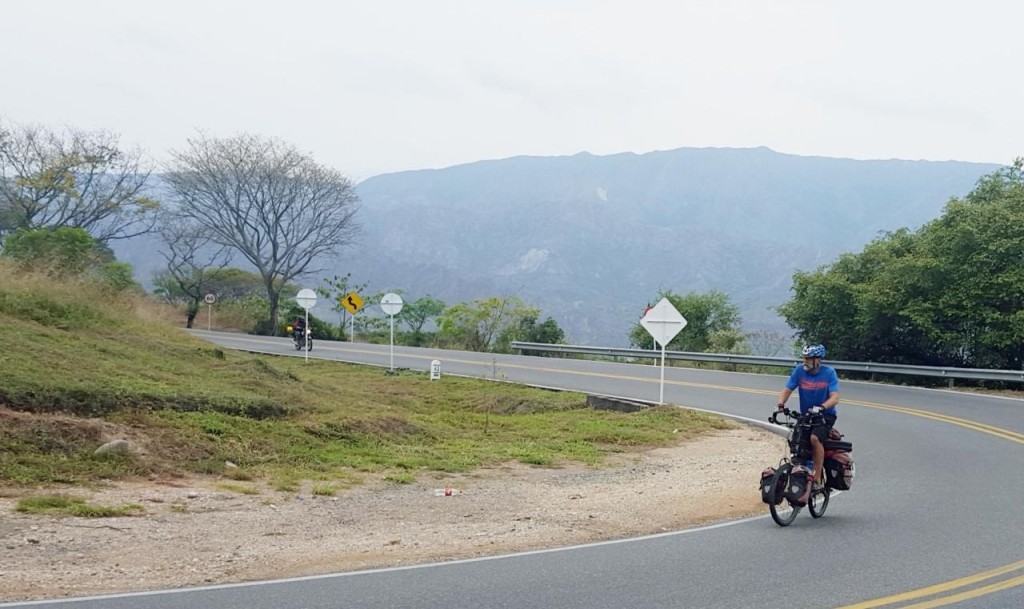 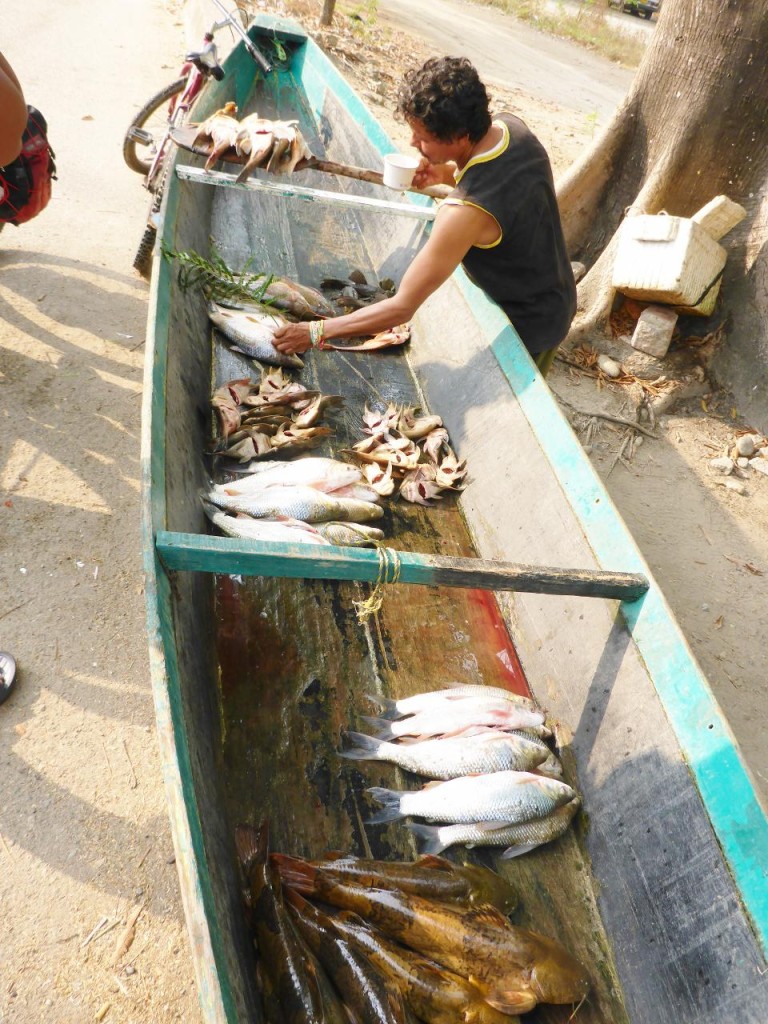 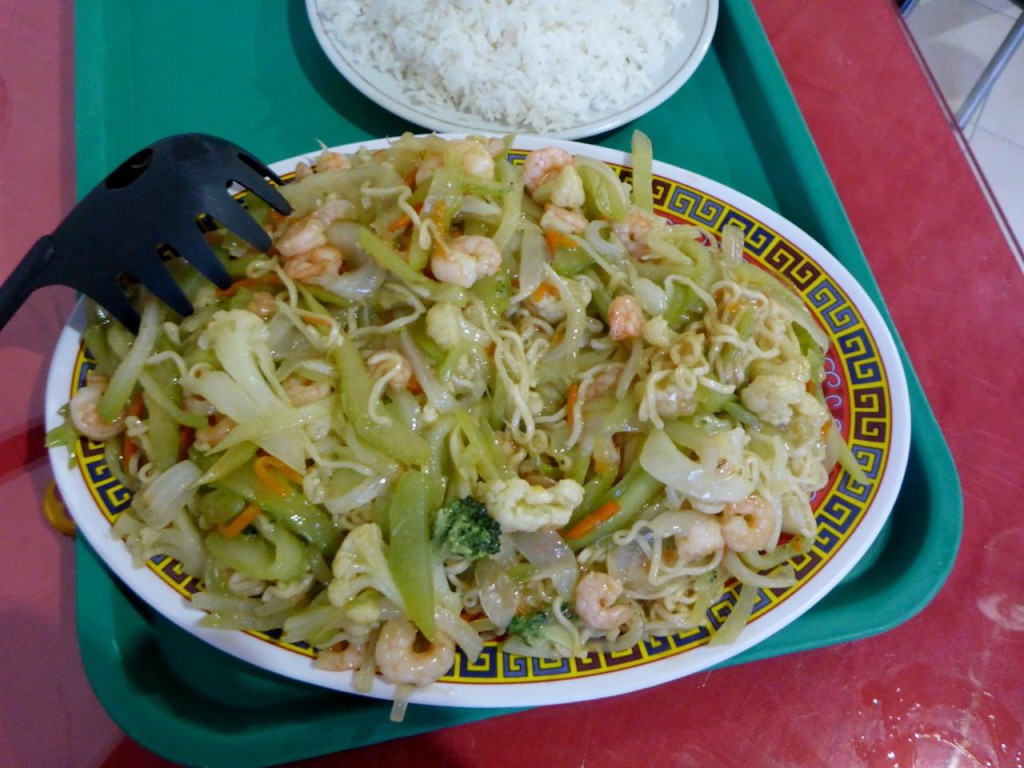 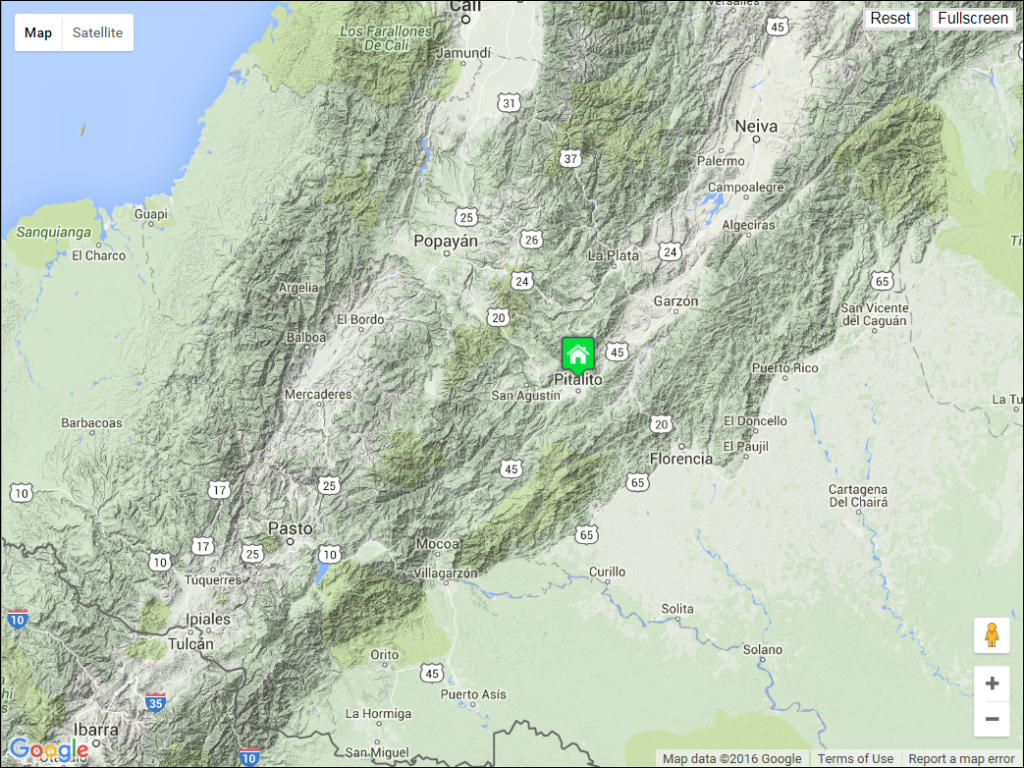