The next day Jocelyn was very sick but we continued cycling until a few miles down the road when she had to lie down. Soon a truck appeared and we were able to score a ride. This truck had a bed in it so Jocelyn rested. Thirty miles later it was the end of the road for the driver so we continued on our bikes to the town of Langar. We had heard from other cyclists the route up to Khargush Pass (4344 m) is very steep, sandy, and narrow and that there are taxis available to take backpackers and cyclists up towards the pass at various levels. It is a two day walk to push your bike up to the pass. We found a taxi who agreed to take us up to the military police border post where our Pamir Highway permit is checked as there are six checkpoint posts along the Pamir Highway. We obtained this permit in Dushanbe. Our driver drove us to the post which is within 3,000 feet of the pass. We arrived at night thinking that we would pitch our tent near the post but instead we were welcomed into the post’s two room building where we were warmly greeted by the police and property caretakers. This building does not have electricity and the heat was provided by a cow chip burning stove. They served us snacks, chai, and a delicious vegetable noodle soup. When we started yawning they set out mats and pillows in the adjoining room and said goodnight. As I often say this adventure is all about the people you meet. Who would have known that we would spend the night with the military police! They were all so friendly and curious about America.
The next morning we mostly pushed our bikes through the 14, 200 foot pass. It was a real struggle through the mostly rocky and sandy road and took several hours. Along the way we met some very friendly climbers, one from Florida. Jason also worked on the space program. We also talked with another Swiss cyclist Michael who is going our way and have met him other places. After the pass it was mostly a downhill but precarious ride until close to sunset when we set up camp.

The next day we finally met up with M41, The Pamir Highway, and once again were on a paved road. We continued on M41 through the small village of Alicar and had lunch with our Canadian cyclist friends that we met in Dushanbe. We then cycled out of town and set up camp on another chilly night. The days and nights are getting very cold and we are glad to have our Sierra Design -29C sleeping bags.

One of our all-time favorite rides was the following day as we rode the 65 miles to the town of Murgab. The mountain scenery was beautiful, the climbing easy, and the quiet road addicting. In the afternoon we arrived in Murgab and had a day’s rest in this cool town. 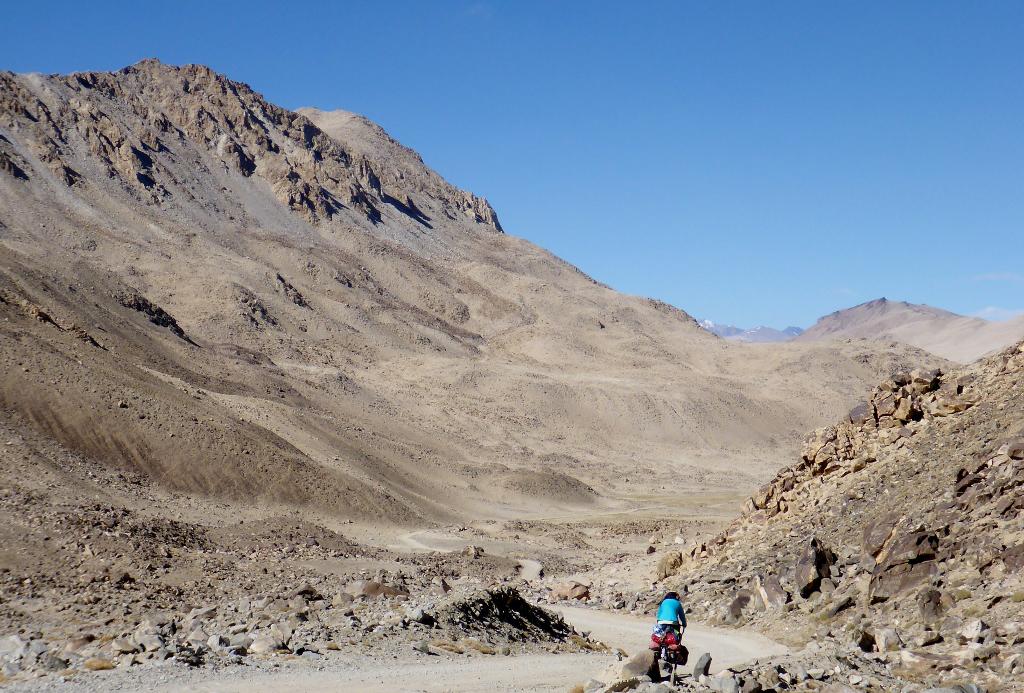 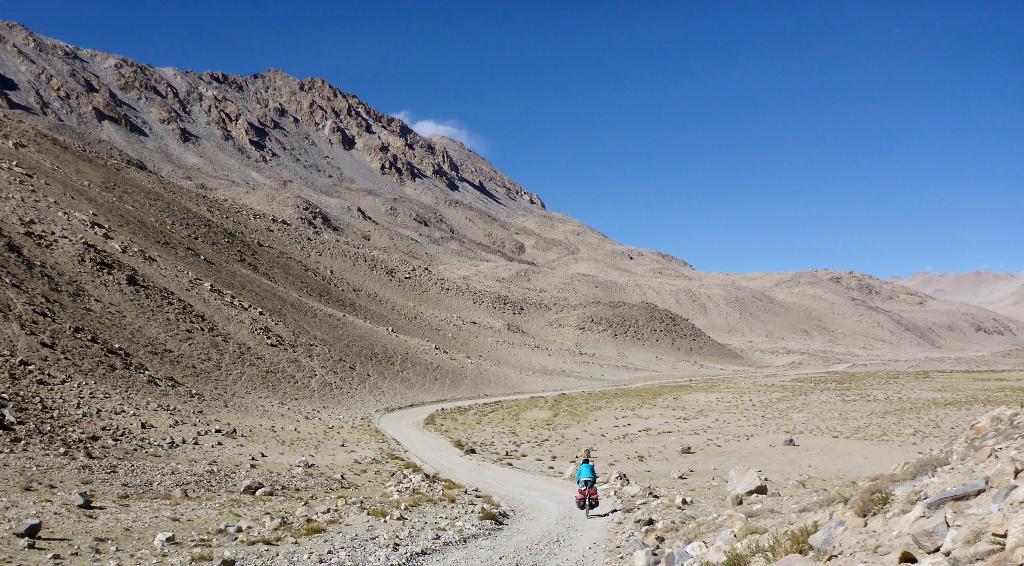