The circumference of the earth is 24, 901 miles (40,075 km) at the equator. We have reached that and more. In 2011 we cycled from Florida to California at 2,650 miles then in 2012 we cycled 6 weeks around the South Island of New Zealand at just 1,099 miles. Those two journeys started our world ride total at 3,749 miles. When added to our third tour of Marrakech, Morocco to Bangkok, Thailand (2014) and Washington State to Puerto Montt, Chile then Calgary, Canada to Quebec (2015-2016), we have over 25,000 miles (40,234 km). How exciting is that! After 29 months, three tours of cycling in a period of almost 5 years we are still going strong and still together. There have been several difficult times between this father and daughter but we have persevered thanks to patience and my wife Andrea’s calming ways to keep us going. Physically and mentally, I have been up and down in some very difficult situations from the sheer difficulty of a trip such as this. But, we are still at it as both of us are head strong and will not give up on our pursuit of this incredible journey around the globe on our bicycles. People look at us and then to our bikes and they seem to always be looking for a motor. We always point to our legs and say, “No moto”. They often walk away in disbelief. Some days I ride and I think of this but we take it one day at a time. It eventually adds up and look where we are now!

We also have “other miles” when we have taken other modes of transportation. These include 4,700 miles by air, train, bus, car, and ferry miles. Total we are about at 30,000 miles. Almost half, 2,500 of these miles include three train trips though the Gobi Desert and south through China. Since we obtained our China visa in Kyrgyzstan and not in the US, we were only able to get a 30-day visa. It is a challenge (to many touring cyclists) to cross China in 60 days. But we didn’t have that time to accept the challenge. So we spent 10 days traveling by rail through three major cities before we started biking. At each city we spent a few nights to explore. As we exited China and cycled into Vietnam on our 30th day, the border guard smiled at us and said, “Very Close.”

There were also many times, such as traveling to Mexico City from Acapulco and traveling to Cuzco, Peru and Machu Picchu from Arequipa, Peru that we stored our bikes with a Warmshowers host and traveled by bus to visit these great places due to time constraints. For example, Acapulco to Mexico City is a six-hour bus ride. That side trip would have taken 12 days round trip on our bikes. While in South America we rode through Amazonia and into the Andes Mountains. After 7 weeks of almost everyday rain during the rainy season, we took a long bus ride to the beach in Northern Peru. Due to the weather there was only one bus operating out of seven companies – and even that one didn’t commit to the trip until the last minute. But it was a “Jesus Bus” so we knew it would arrive to the coast safely. There were also rides on ferries such as La Paz, Mexico to Mazatlán, a ferry from of Venice, Italy to the mainland, and a ferry from Bandirma, Turkey to Istanbul.

Besides intercontinental international flights (not included in these “other miles”) we took two air hops. We flew from Mashhad, Iran to Dushanbe, Tajikistan since at the time our Uzbekistan visas had expired and we didn’t want to pay for that again and Turkmenistan wanted $400 a piece for a 5-day transit visa across their country. While in Panama City, Central America, we tried twice to get boat rides to Columbia but both cancelled, weather was too windy that time of year, so we flew to Bogota, Columbia.
There were also a few times we hitchhiked and were immediately given rides. These were due to three bicycle breakdowns where we could not fix our bikes and had to get a ride to a bike shop in some obscure country, illnesses, wanting to reach a destination in time, or just plain burned out and wanting a break in the heat or snow. I’m glad to say this only happened a few times and less than 500 hitch-hiked miles in 29 months.

Yesterday we had a wonderful sunny ride of 85 miles to a warmshowers host in Nicolet, Quebec. Thanks to Claude and his family for letting us camp in their back yard, warm showers and cold beer! Claude and his wife along with their 4 sons were really nice hosts who gave us a warm send off. Claude has recently ridden completely across Canada.

We rode along the St. Lawrence Seaway with many lakes, boats, and villages. There are so many small villages that we rode through. They were all very pretty and the drivers courteous. Since it was Saturday there were also many water-side activities happening. We stopped at a vegetable/fruit stand for a delicious lunch with fresh fruit.

The next morning, we stopped at a restaurant for a huge breakfast then continued for another long day to a nice riverside camp site on our way to Quebec City. Riding a bicycle in the province of Quebec is so much nicer than the province of Ontario. When Claude made his crossing he agreed that Ontario is not bicycle friendly. I would never ride through Ontario again but I am sure Jocelyn will. Quebec has so many bike paths and so does Ottawa and there are many signs to respect cyclists. So far, all the shoulders are completely paved.
We also feel like we are back in France as all the signs are in French and all the people speak it as well. We always ask, “Parlez-vous Anglais?” (Do you speak English?), and most do… A few years ago Quebec almost voted to become an independent (51%-49%) country. We are really enjoying the quaint villages, beautiful homes and churches, very friendly people, thousands of acres of sweet corn of which we buy and cook at campsite, and wonderful blueberries. It’s hard to believe that all this will be covered in snow starting in November. Another bonus is that the people of Quebec have a choice of when and where they can purchase alcohol. We find beer at almost all stores and restaurants and about $5 cheaper a six pack than in Ontario.

From Wikipedia: Habitat 67, or simply Habitat, is a model community and housing complex in Montreal, Canada, designed by Israeli/Canadian architect Moshe Safdie. It was originally conceived as his master’s thesis in architecture at McGill University and then built as a pavilion for Expo 67, the World’s Fair held from April to October 1967. It is located at 2600 Avenue Pierre-Dupuy on the Marc-Drouin Quay next to the Saint Lawrence River. Habitat 67 is widely considered an architectural landmark and one of the most recognizable and significant buildings in both Montreal and Canada.
Thank you Lily!

We arrived in the city of Levis and will take tomorrow off to explore Quebec City that is across the river from us. 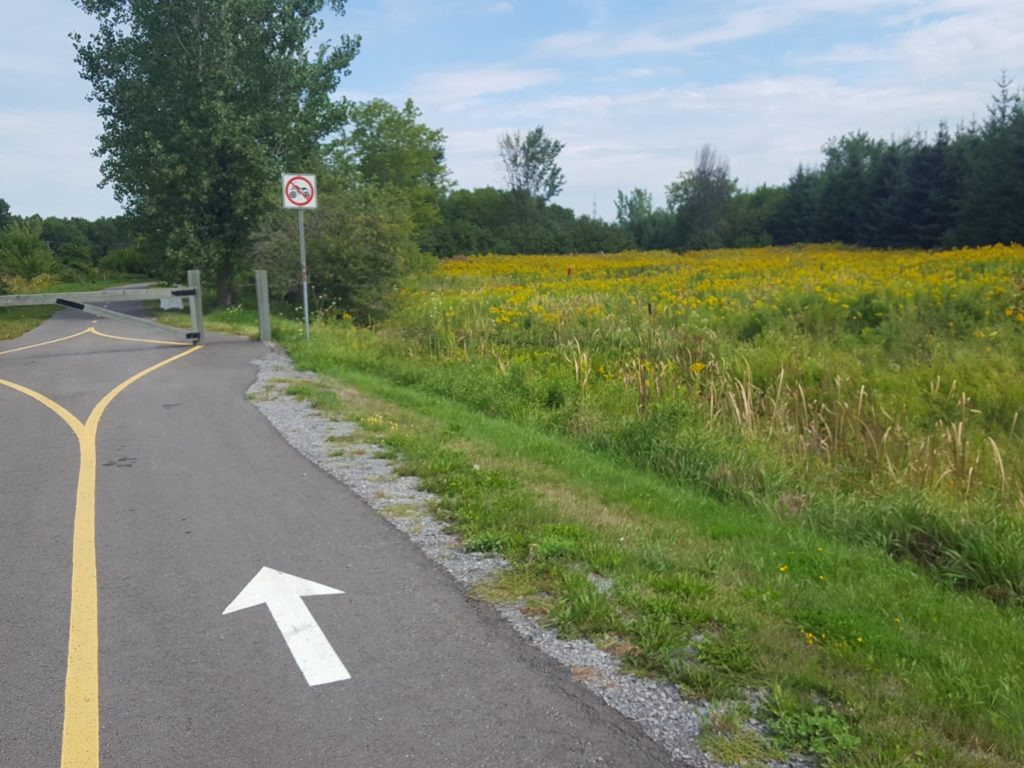 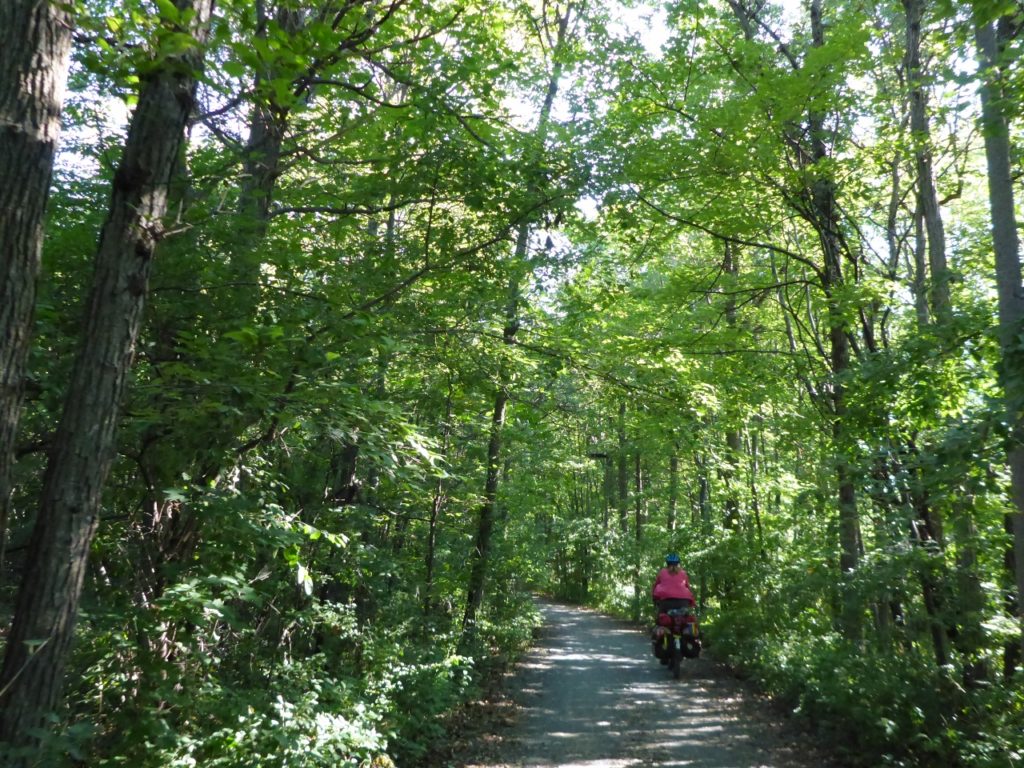 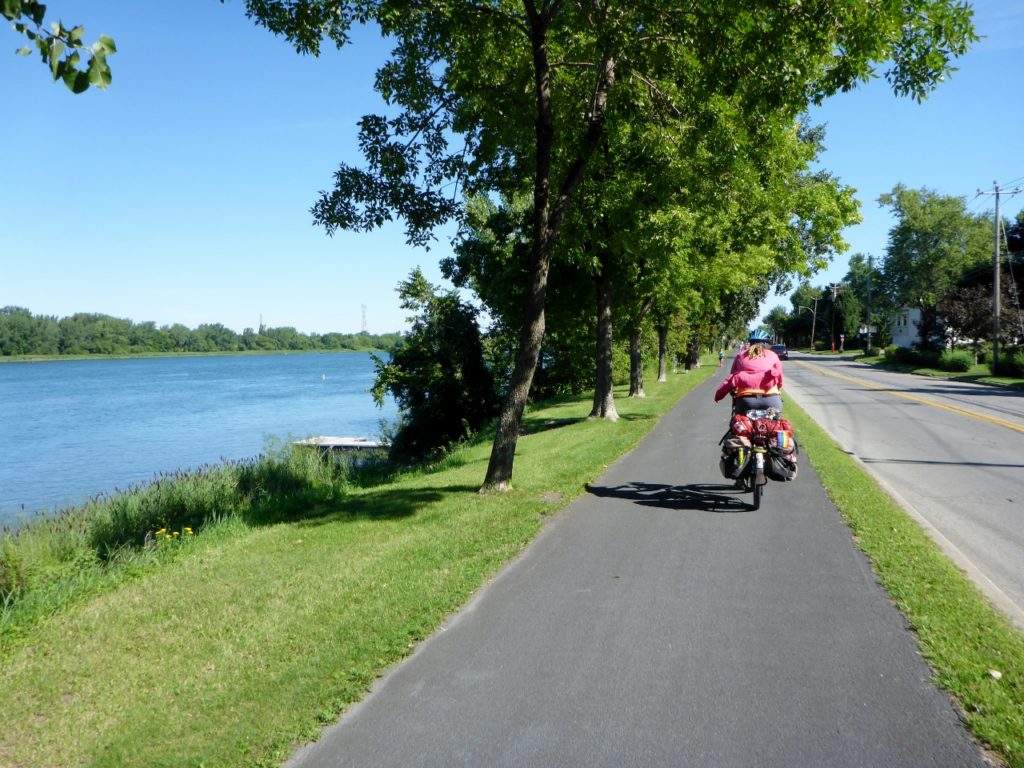 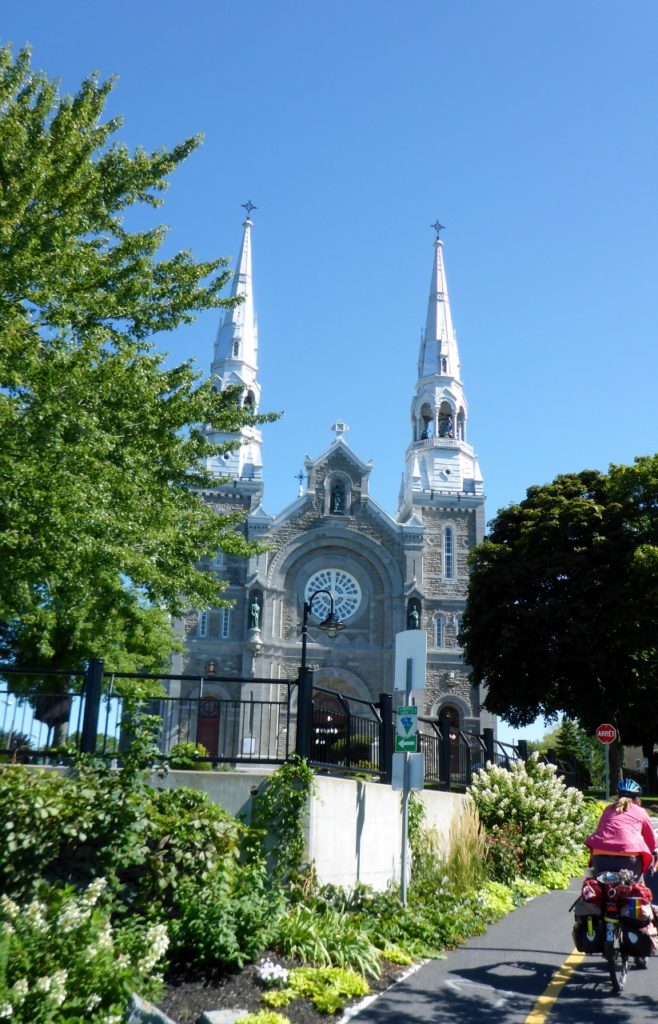 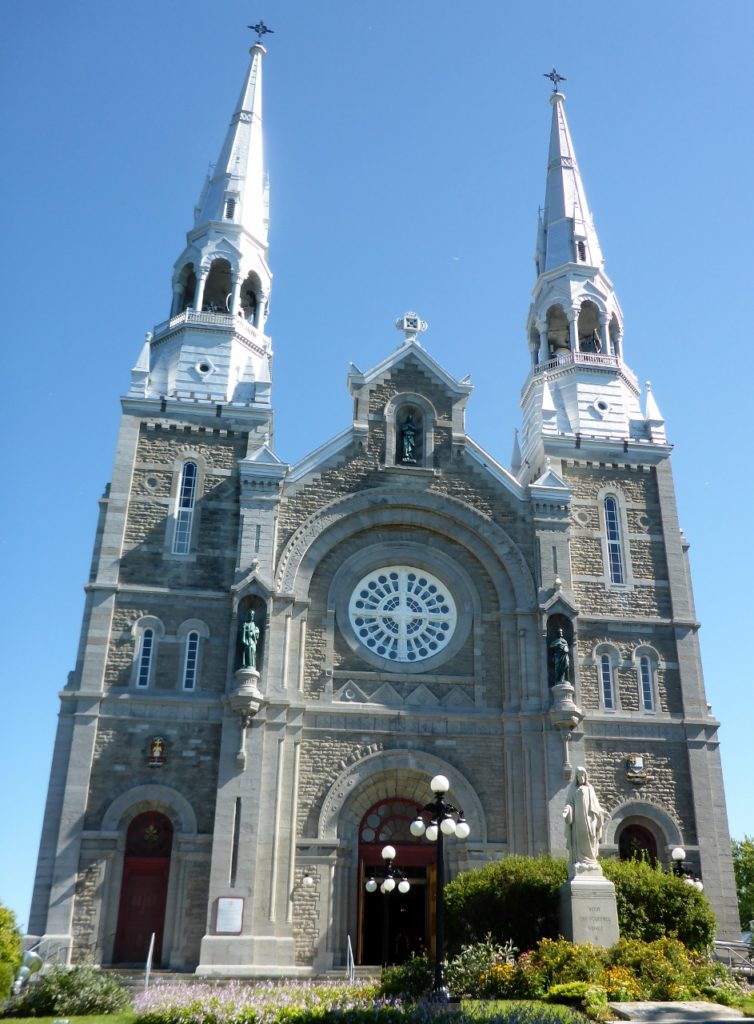 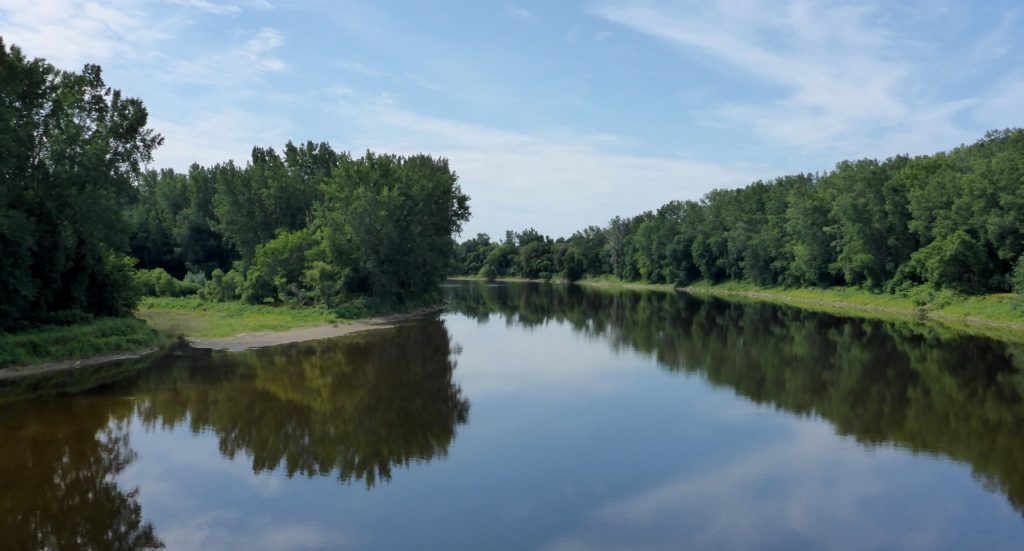 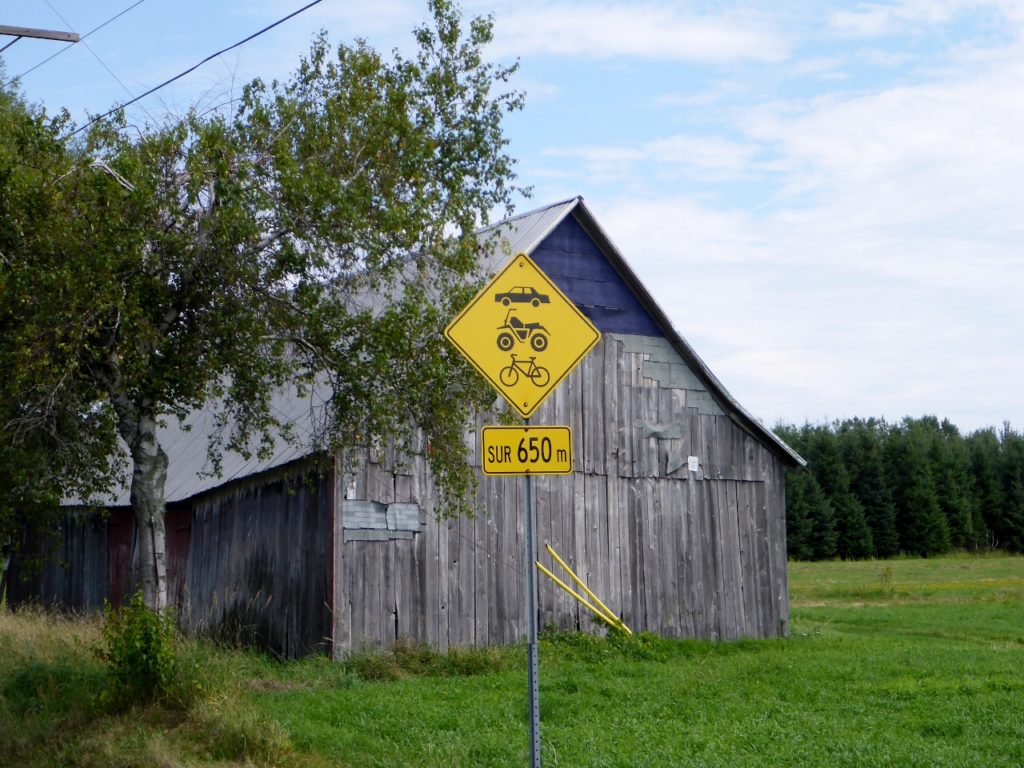 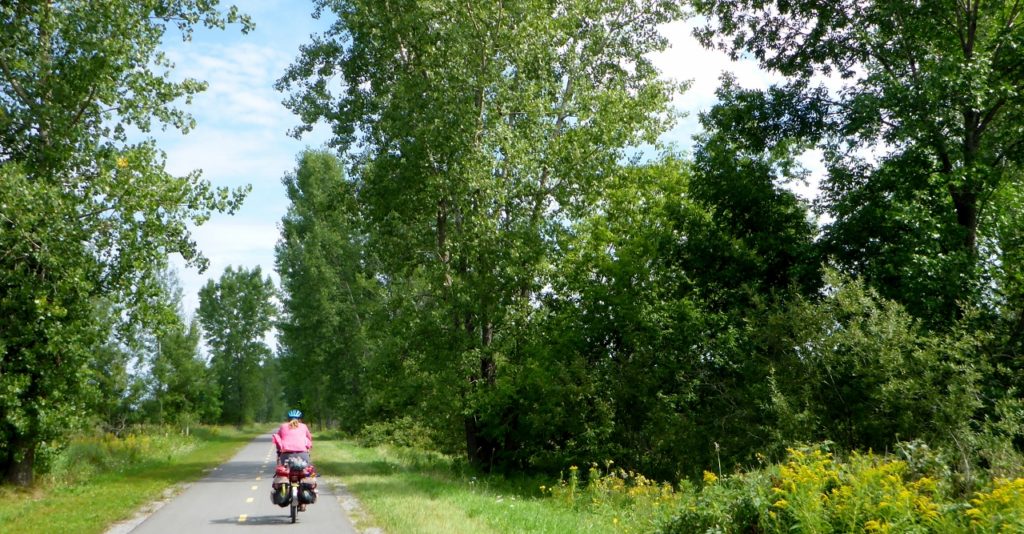 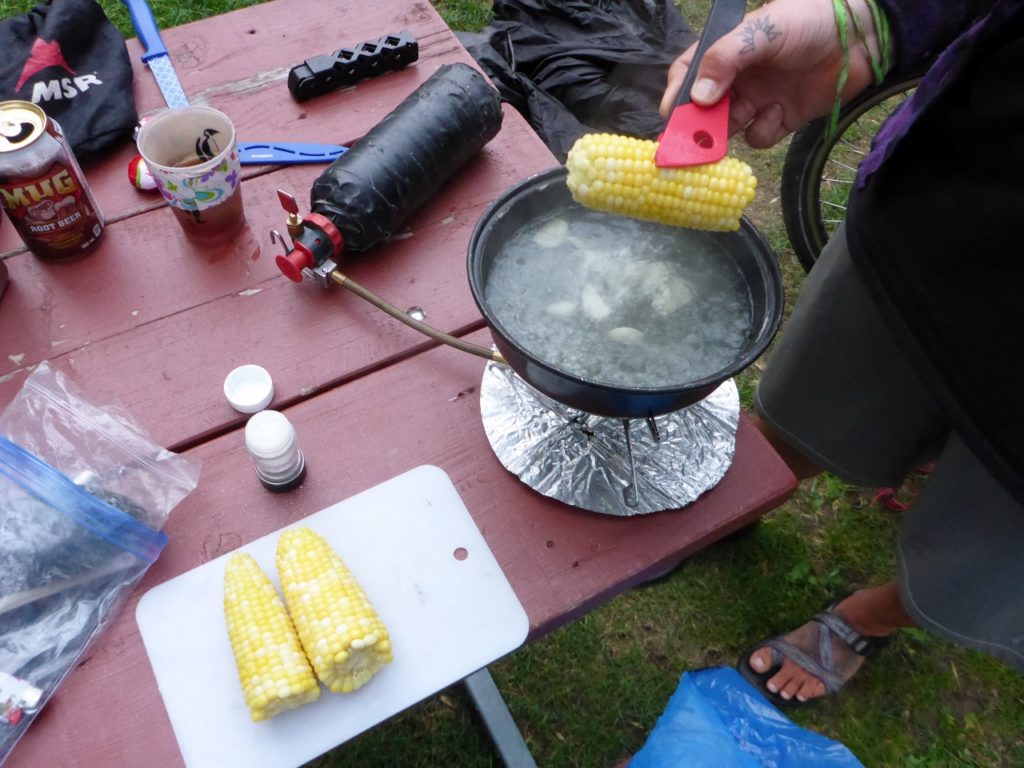 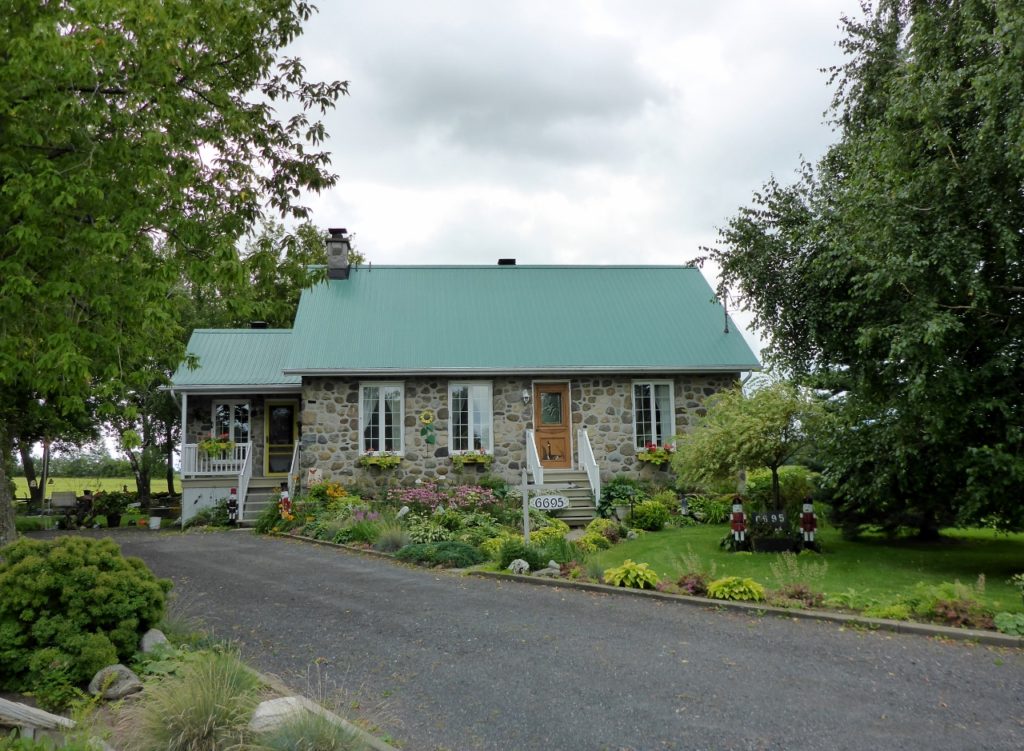 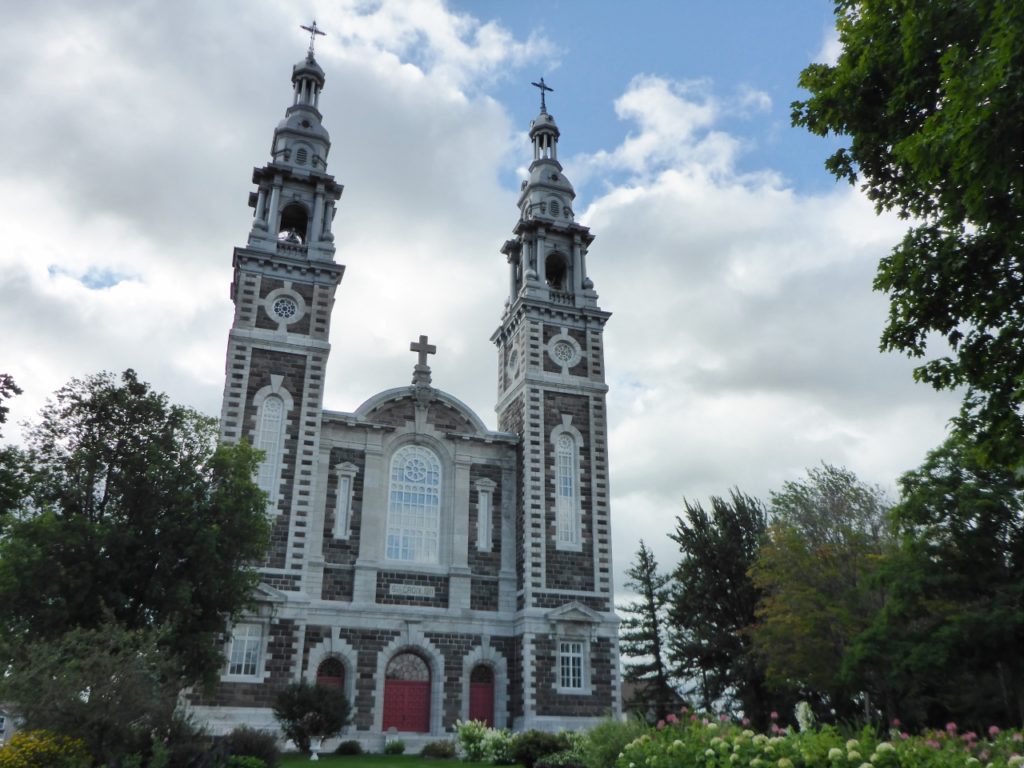