We had a wonderful visit with our Middletown, NJ hosts Toby and Dan. Toby is quite the cook and we probably gained a few pounds from the breakfasts, lunch and dinners. They really spoiled us with two comfortable rooms. Our conversations about world travel was fun and interesting as they have traveled to many parts of the world biking and hiking. We did spend all day Tuesday exploring NYC and rested the next day in Middletown. My wife Andee mailed our absentee voting ballots that arrived so we voted. Wednesday morning, they cooked a large breakfast and then we were out the door. The biking was easy until my right pedal broke but soon we saw a bike shop that installed two new pedals. My White Industry pedals lasted over 25,000 miles. I have been really tough on them and they served me well. Jocelyn’s broke a few hundred miles ago. By the time we left a nearby restaurant the rain was coming. It followed us along the river until Seaside Heights where we found and off season motel. We were headed to a campground that we didn’t think would be open.

The next two days found us in heavy rain again. A cold front was coming through which brought cold along with the wet. As we continue through NJ most campgrounds are closed. We thought about camping in a few anyway but with the “No Trespassing” signs we decided not to. Our goal yesterday was to meet a school friend of Jocelyn’s for lunch in Cape May NJ, on Delaware Bay. With the increasing wind, we were an hour late but we did make it to meet Lauren, her husband James, and child Aiden. They treated us to a delicious lunch at Fin’s Restaurant, downtown Cape May. Thank you, Lauren, and James!

At this point Jocelyn heard from a nearby warmshowers host. We biked there and were immediately warmly welcomed by Carol, Mark, and son Christian. Also, there were friend’s Robin and Ian and another warmshowers biker, Summit who just broke his leg yesterday at a skate park. He has been riding the perimeter of the U.S. but that is on hold now due to upcoming leg surgery.

Carol and Mark’s house is very busy with warmshowers since they are next to the Delaware Ferry. We were immediately welcomed and had showers and did laundry. This morning the rain stopped but a very strong southwest wind above 20 was blowing and since we were invited to stay another night we decided to stay and explore Cape May.

We had a great visit with Carol and Mark and we were treated as family. Their son, Christian is a chef so the meals were excellent, especially the conversation with all. We spent Sunday exploring this cool town. This morning Mark guided us to the ferry and it was hard to say goodbye to our new friends. Someday we hope to see them again – maybe in Florida.

We rode through Delaware and into Maryland looking for a campground. We have not passed an open campground since New York and many motels, restaurants, etc. are also closed. Finally, in Ocean City, Maryland we found an open motel at nice off-season rates. 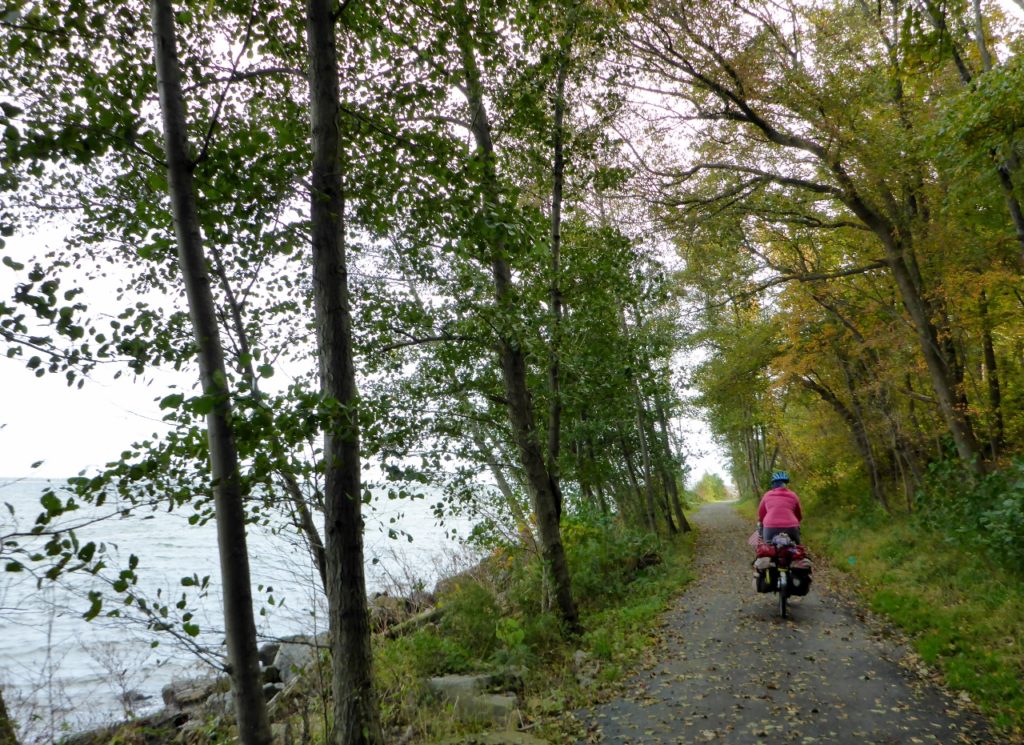 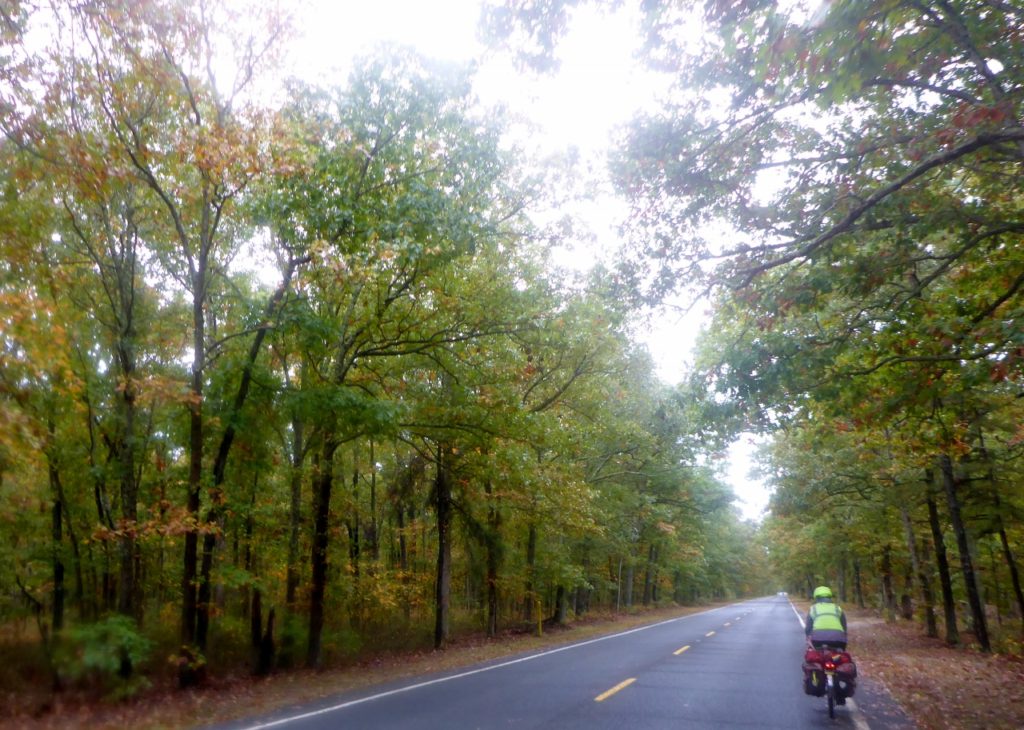 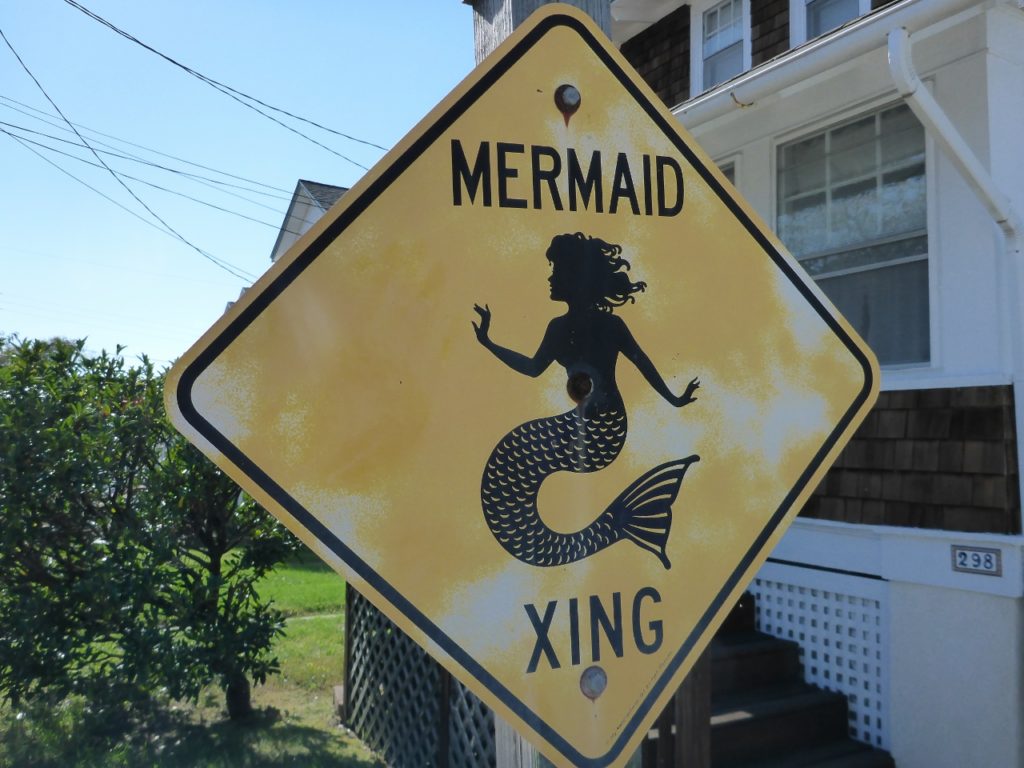 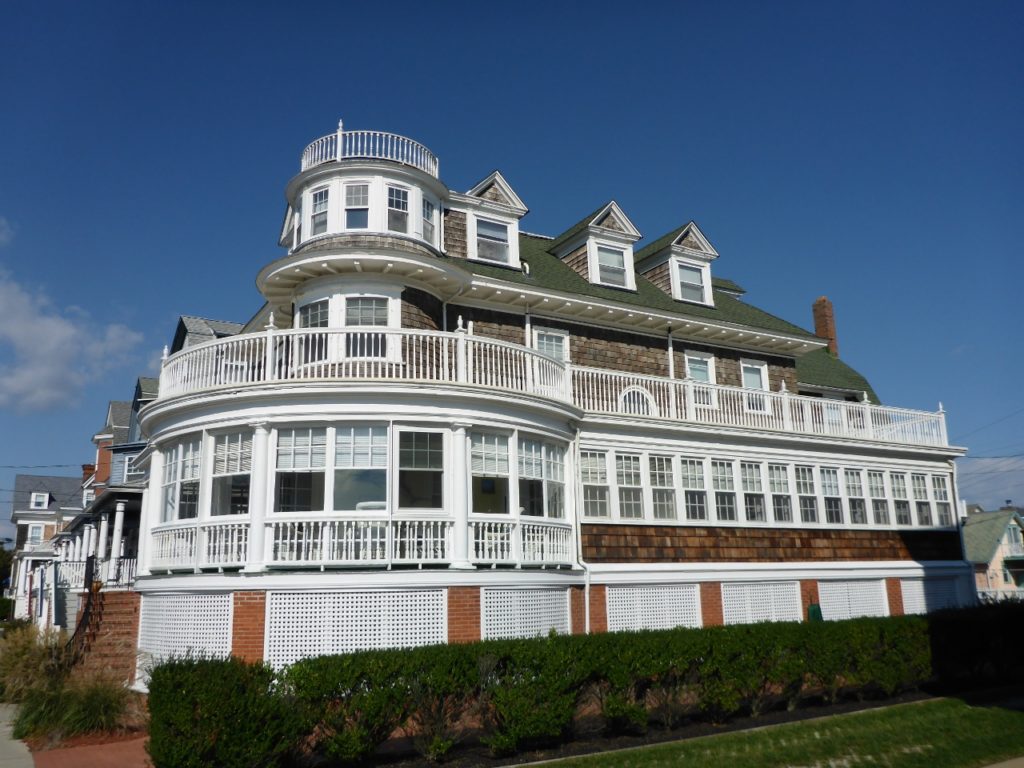 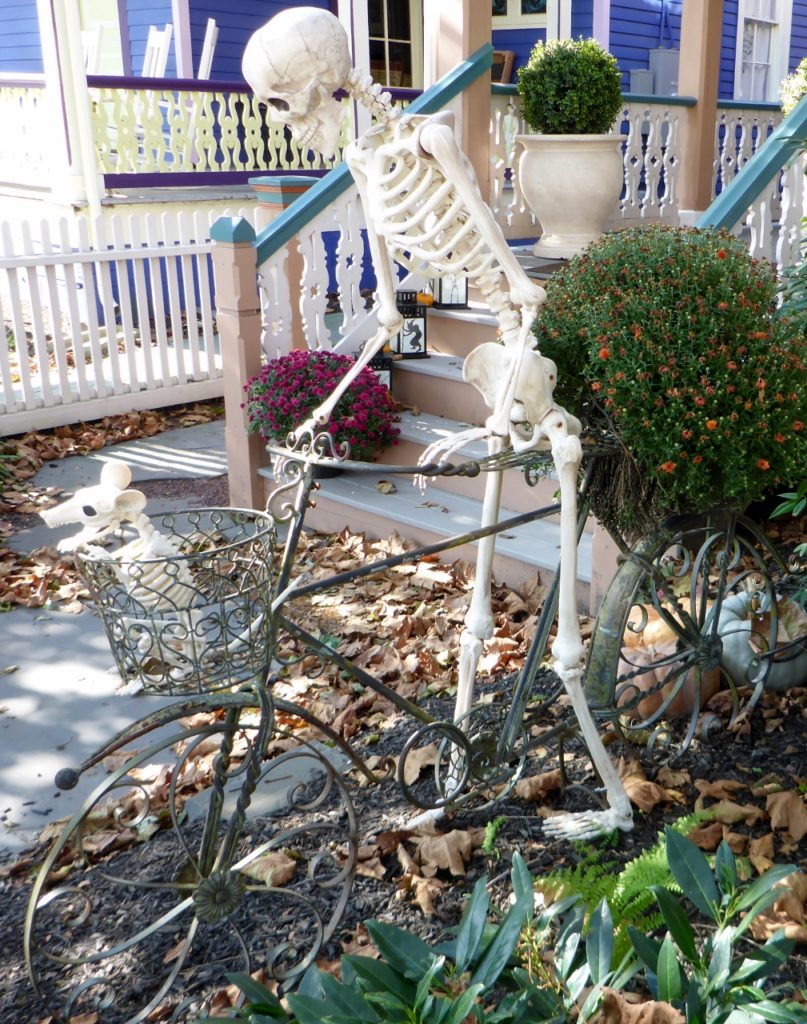 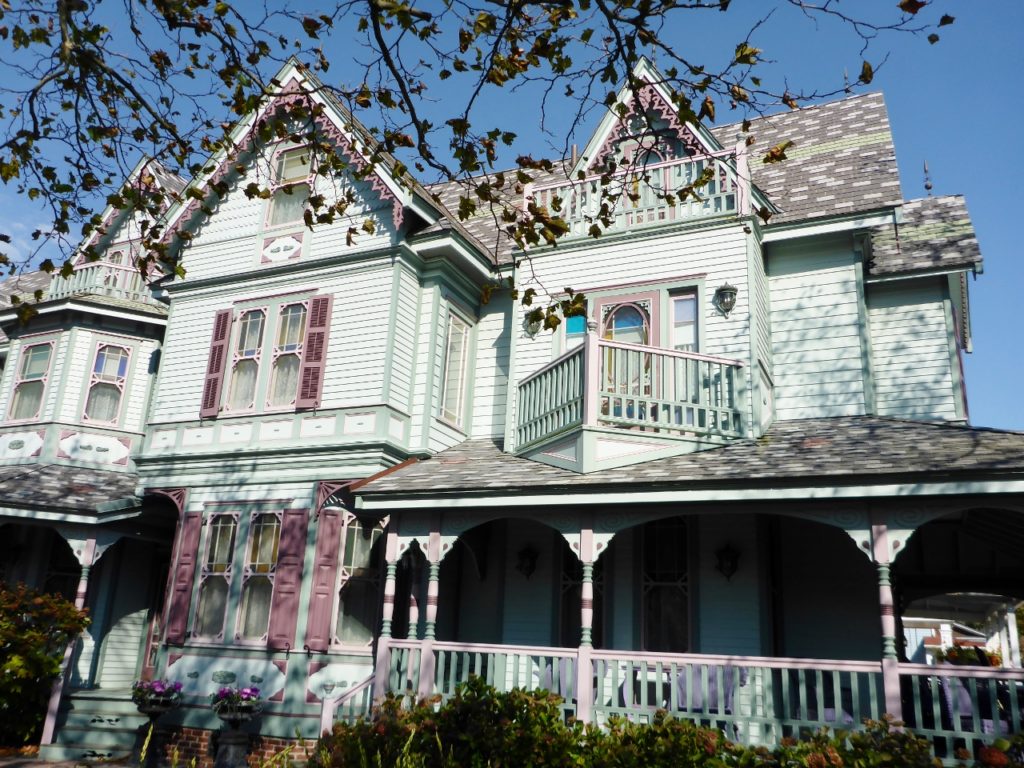 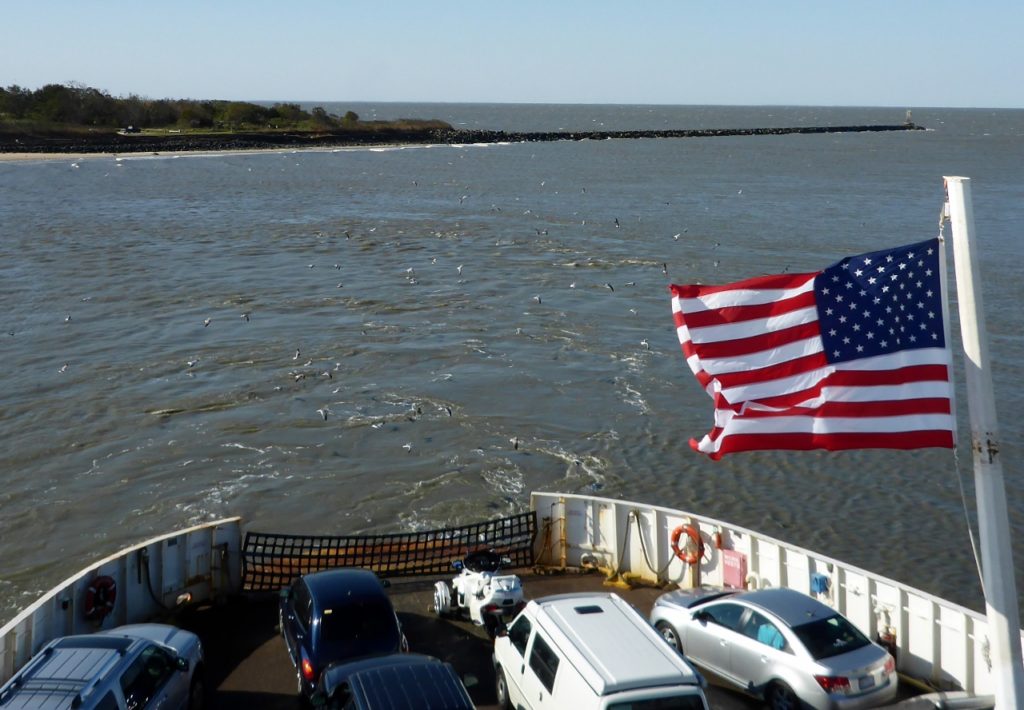 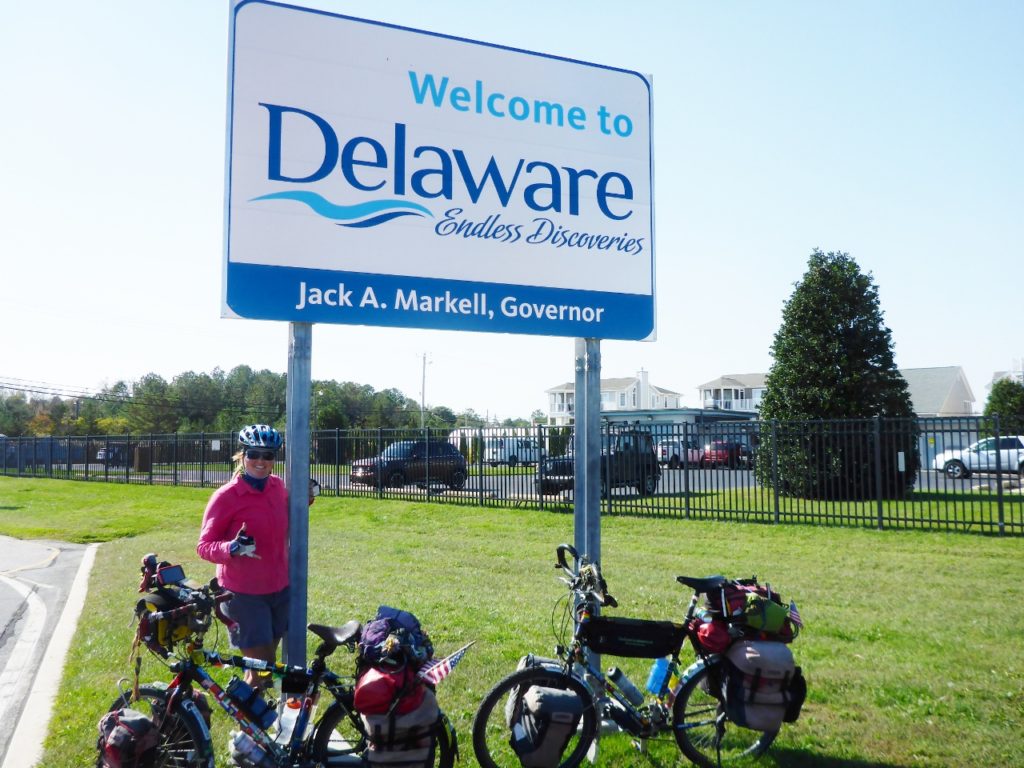 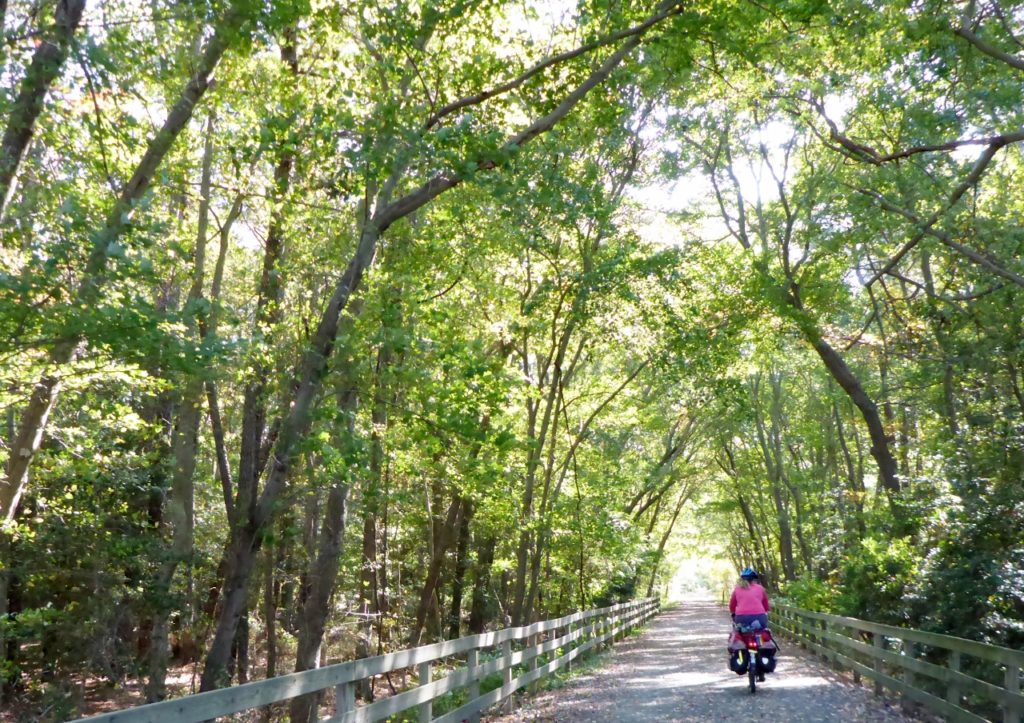 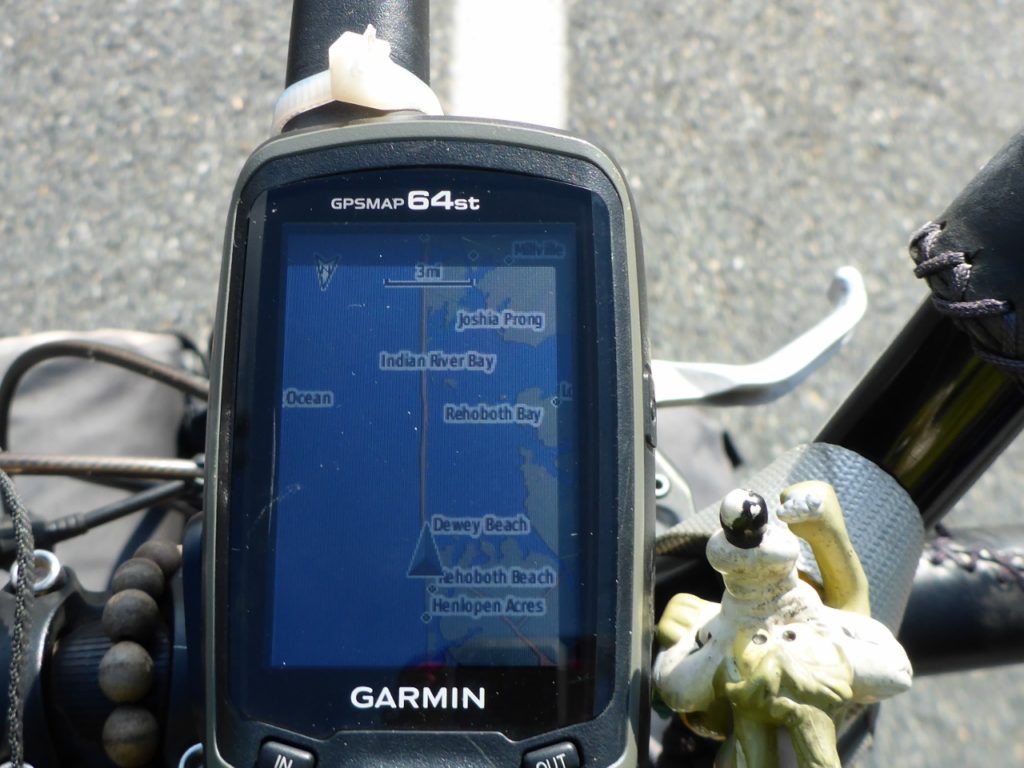 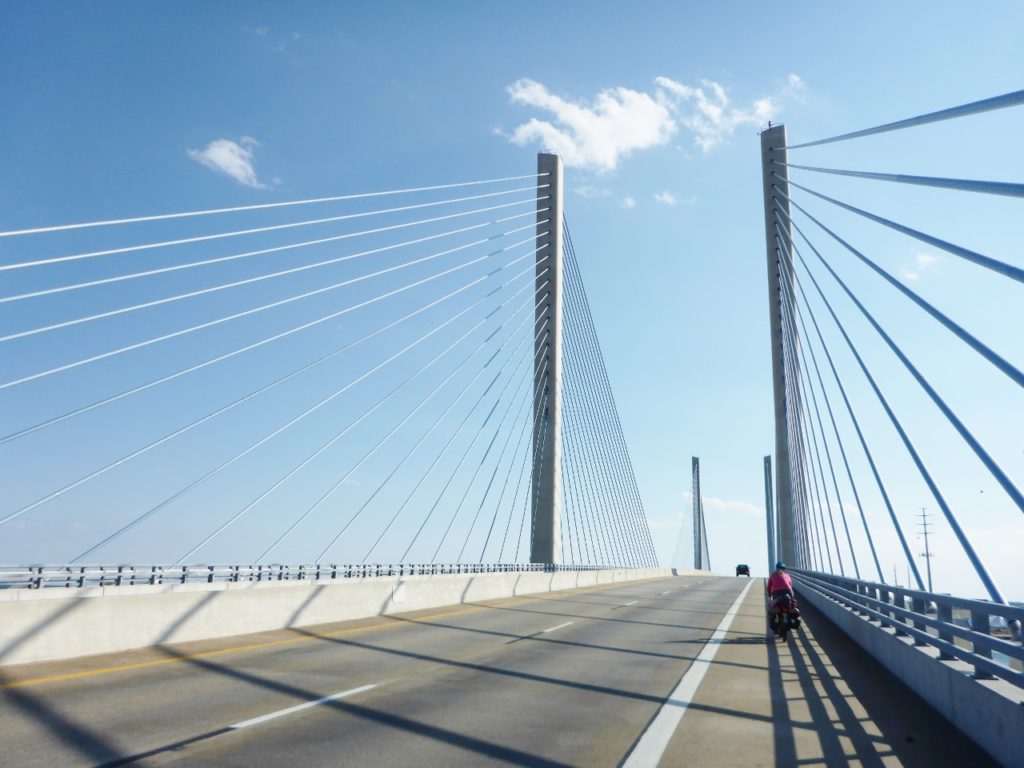 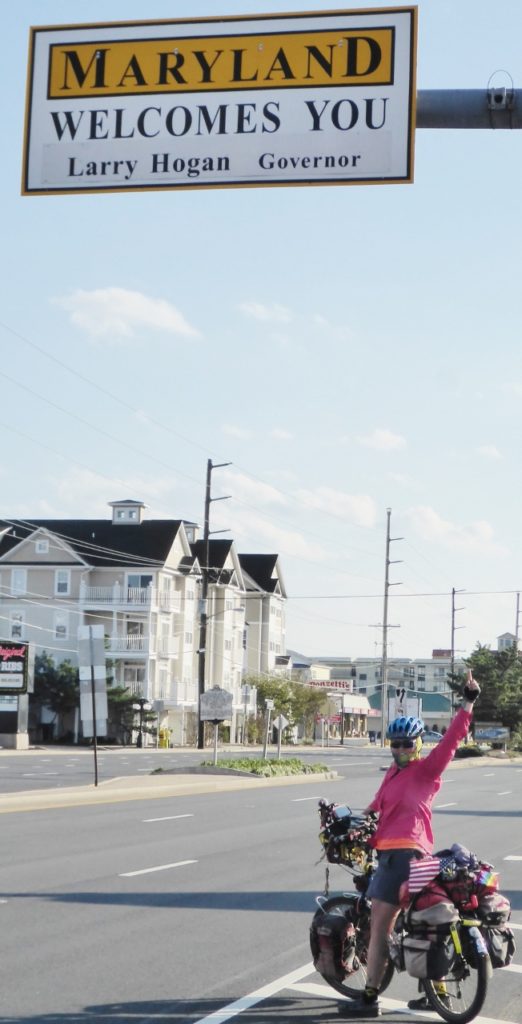