Three days 144 miles We finally left Rio Dulce after two nights. I say finally because it could be one of those kinds of places where a cyclist could get stuck for several days. Some sailors spend months here during hurricane season. They are getting ready to leave and there was a large marine swap meet on Sunday. Everything is here in one place – marina, hotel with pool, great internet, restaurant and bar. Plus most of the people speak English. Also the town is fun and safe to walk through. On both nights the bar was still going strong at 3 am. We were not there but could hear those darn sailors drink and tell sea stories! I have a lot of sailing in my past and at one point after high school wanted to sail around the world. I had found an old wooden sailboat and showed my parents. After that my “sails” were wisely deflated. I have owned a few smaller boats. My wife Andee and I spent time in the Bahamas with four neighbors on a charter sailboat back in 1981. Andee and I then spent three months sailing down the east coast from Massachusetts to Port Canaveral on a 46 foot catamaran. After that we moved back to California for college and we crewed/raced on several sailboats. Anyway, the two days At Rio Dulce was spent reminiscing that and if another sailboat could be in our future. Life is all about exploring the world with whatever vehicle is right for you. Maybe Andee and I will travel in a camper van or trains.

A very sad incident happened yesterday. We were riding along with me at point when a dog was startled and stared at me while she walked out onto the road. I thought “Oh no!” when all of a sudden a medium sized truck came by and ran over her. Throughout all of our cycling tours we have been chased by dogs countless times and that is the one thing we fear, a dog chasing us and getting hit. That is why we stop when a dogs starts chasing and they mostly always stop too because it is a game to them. I watched as this dog was totally run over without the driver even slowing. I was devastated as the last time I saw this happen was when my dog Sunny from many years ago was run over in front of our house in Florida. The dog didn’t even whimper. Jocelyn pulled her off the road with a broken neck it seemed. I called her Guatemala and will always remember the look she gave me. This happened late in the day and we spent the rest of our day’s riding very quiet.

After three days of mountain and valley riding we made it to the town of Chiquimula which is only about 20 miles from Honduras. Tomorrow we will enter Honduras! 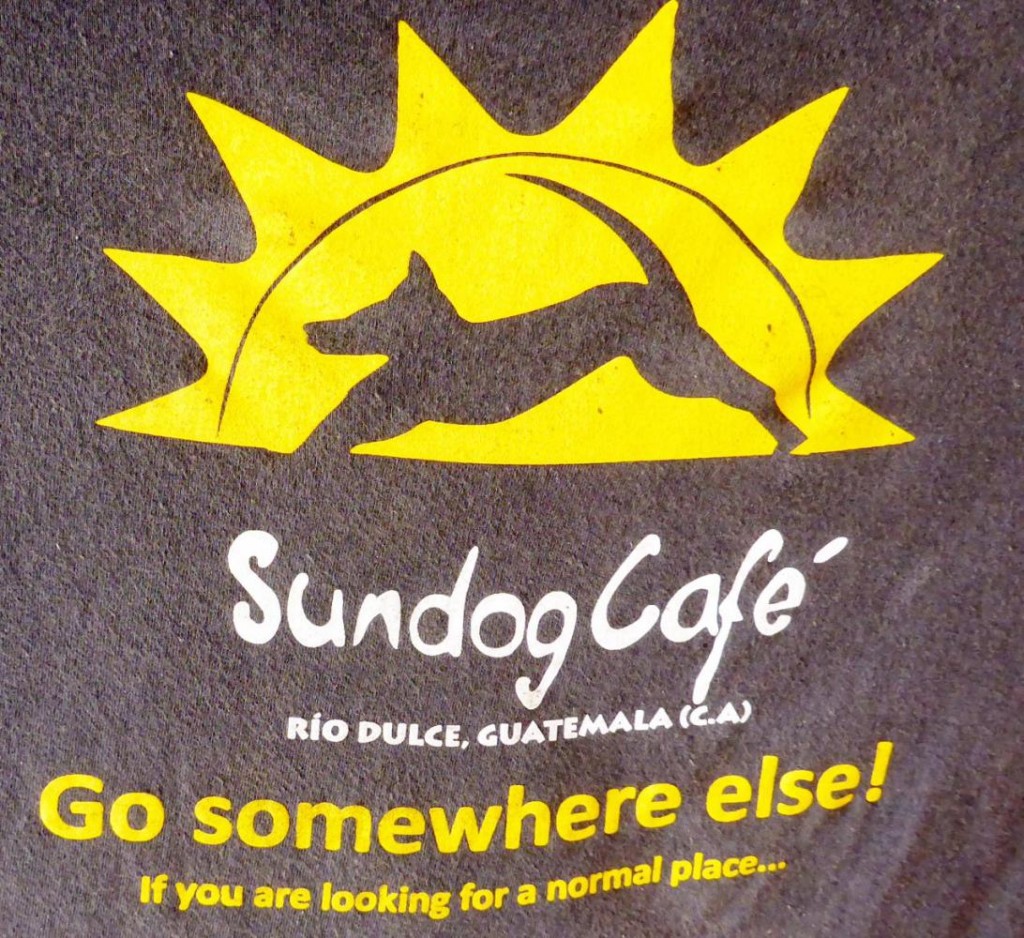