Yesterday we rode the 13 miles to Baja Ferry. It was another sun filled and pretty day. Outside of La Paz are many large homes, resorts, and condos along with several amazing looking golf courses. I wonder how they get the water to maintain the greens in the desert such as this. After two hours of windy hilly terrain we arrived and had lunch at a local resort. Upon arrival at the ferry a few of our panniers were inspected then we proceeded onboard where we stripped our bikes then bungeed and locked them to a bulkhead. Then the workout began as we moved our gear up several flights of very narrow stairways and checked in with reception for our cabin key. We decided to go with a cabin including bathroom at an additional cost of about $60. The alternative was sitting in an airline seat for 18 hours. The bikes cost an additional $12 each. The total cost came to almost $200.

Above our cabin was a large deck with seating, music, and a bar. We enjoyed being at sea and met a fellow traveler from Germany. Matt has been riding his motorcycle through the America’s since March starting in Toronto then all through Canada, Alaska including Prudhoe Bay then down the Pacific Coast into Baja like us. He also intends to ride to Ushuaia, Argentina. Our ticket included dinner and breakfast. Dinner was served in a small dining room with the chow (slop) line opening at 7:30 and prompting shutting down at 8. The food was filling but the best part was the bottle of fine Mexican wine we brought onboard. After dinner we enjoyed a few more hours on deck watching the full moon. Matt did not have a cabin so we invited him into our four berth cabin.

We all slept very well with the gentle roll of the ferry. The sunrise was beautiful and signaled another great day of adventure. Breakfast slop was served in a very crowded dining room promptly at 8 and ended at 8:30. The dining room and main seating salon show English movies with Spanish subtitles. Last night the new Jurassic World was playing. We thought it interesting that all the movies were in English as the ferry is mostly filled with Mexican truck drivers.

I have been on many ships internationally and they have all performed a lifeboat drill shortly after being underway. In this drill life jackets are donned and all proceed to their assigned muster station. This ship did not have this drill which I thought as a bit alarming.

We arrived in Mazatlán after a 250 mile ferry ride. After a very lengthy and tedious departure from the ferry we saw Matt flagging us over to a cafe for very cooling fresh squeezed lemonade. We also met a fellow traveler Peter from England who was also on the ferry. Peter is backpacking through Mexico. Matt took off on his motorcycle to the cooling mountains and we continued south to a hotel. After checking in we saw Peter walking past the beach in front of our room and invited him to our room and offered him the floor which he graciously accepted. What a wonderful world of travel and new friends. 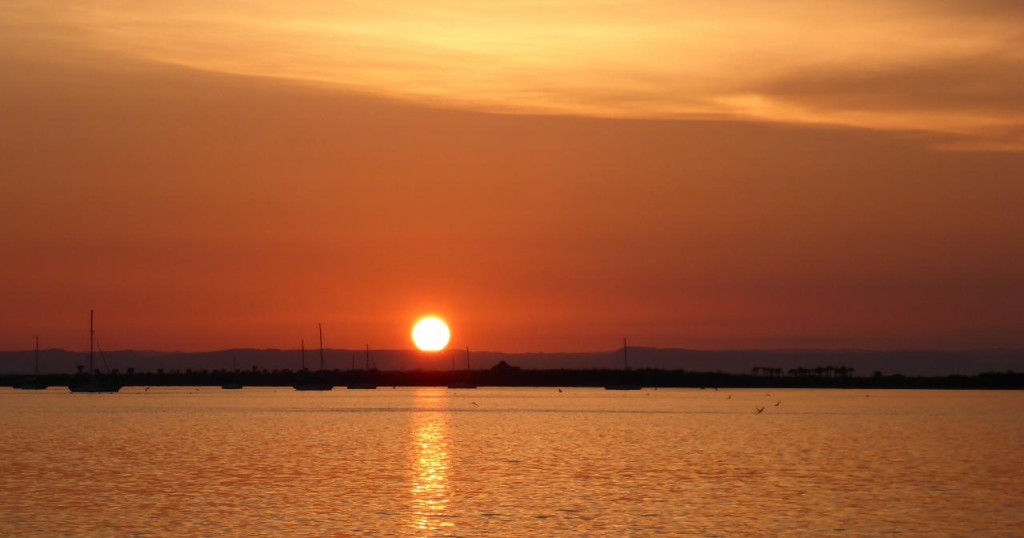 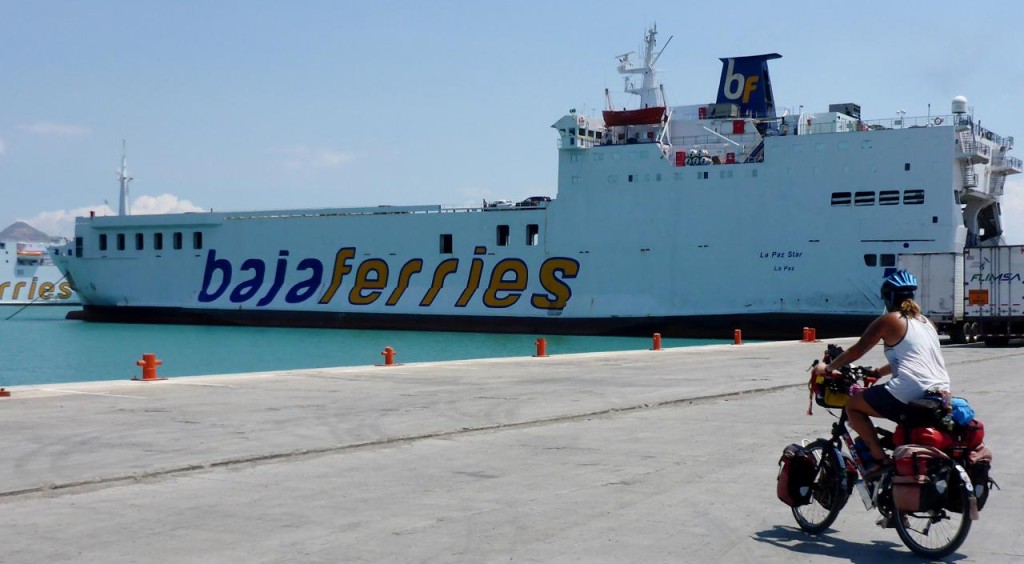 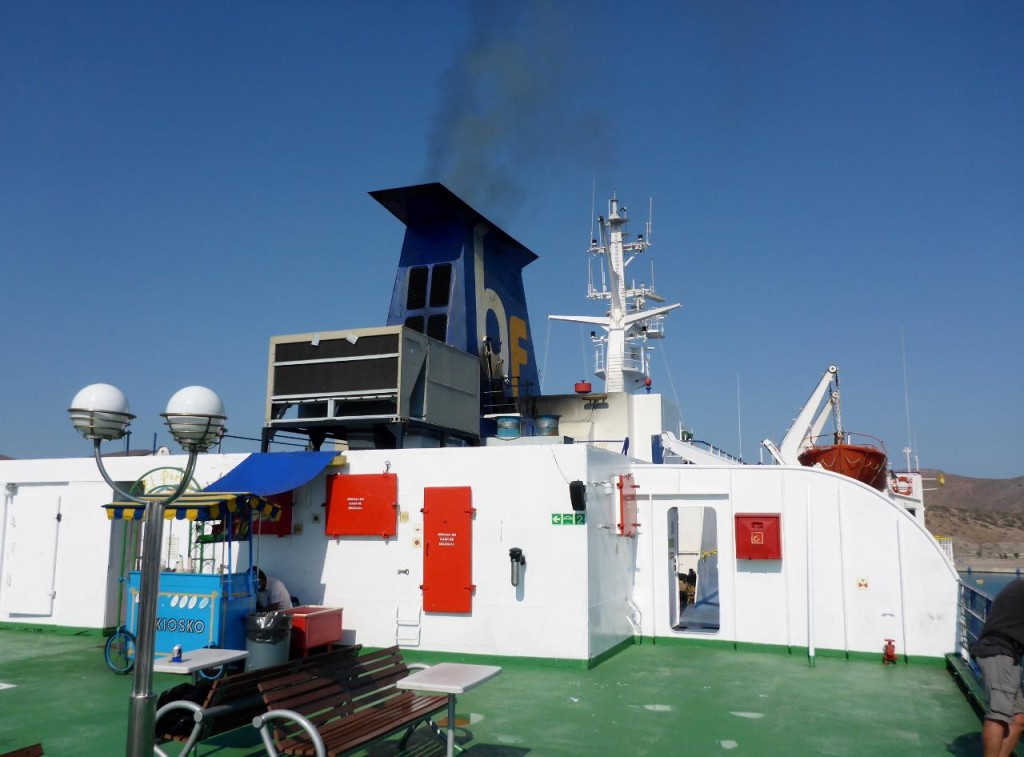 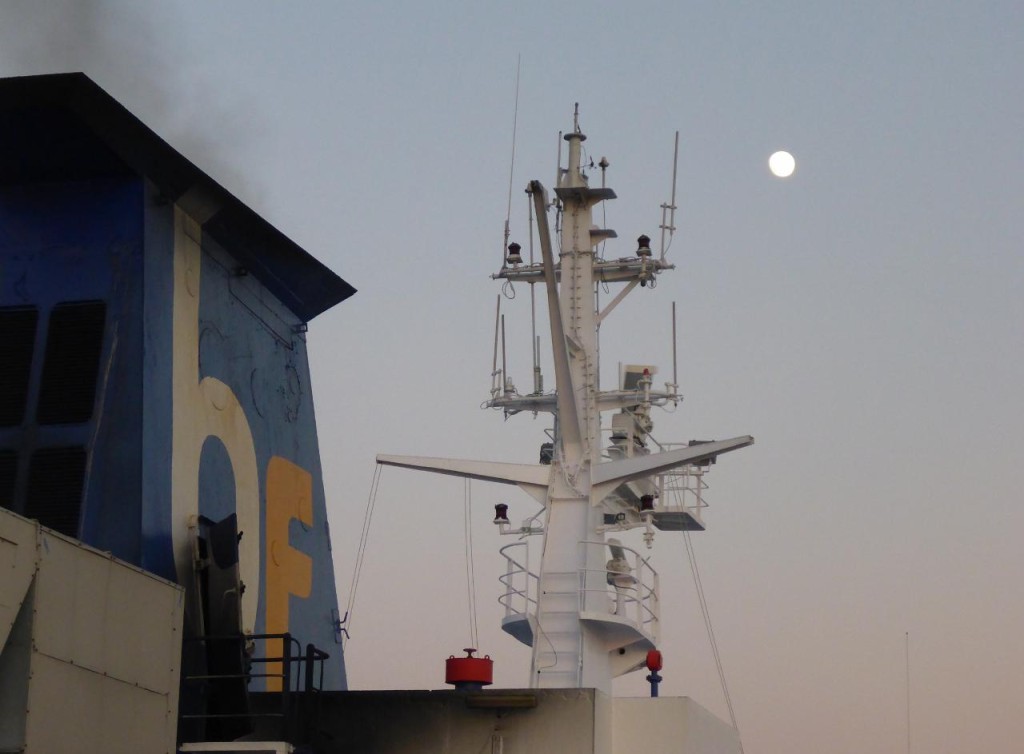 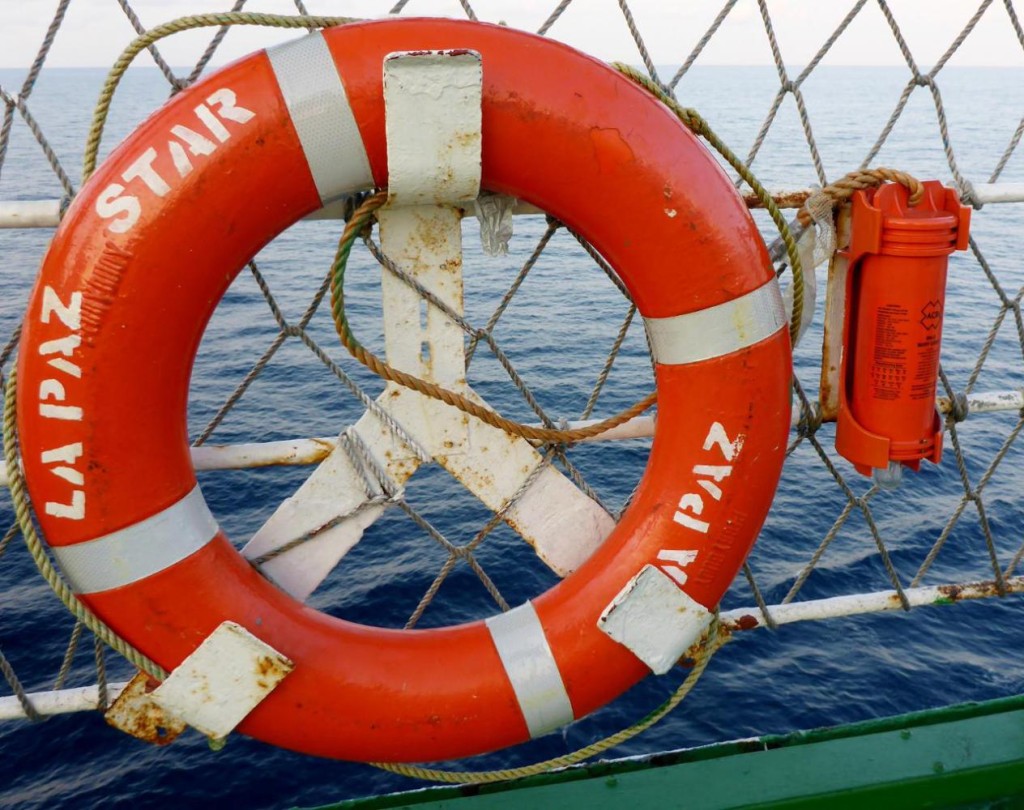 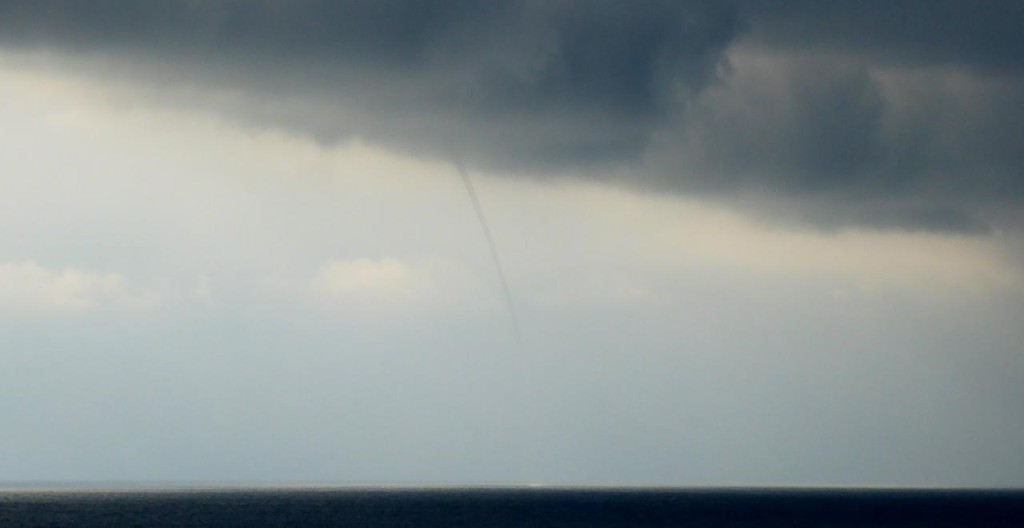