May 15, 2014 67 train and 42 miles bicycle We were up early as usual but I failed to recognize the time change since moving into Bulgaria. We had decided to take the train from Vratsa to Sofia because we want to visit the Greece coast before Istanbul and time is short. The train was scheduled to leave at 8:39 but my computer and watch were an hour off. Jocelyn fortunately knew the correct time so we quickly left our apartment and arrived at the train station in plenty of time. Thanks Jocelyn. When the train arrived Jocelyn immediately called it the “scary train” as evidenced by the pictures. It quickly arrived and without the kind help of others we could not have loaded our bikes on time as it left quickly. It was scary and fast as the conductor barked out his orders. We loaded out bikes into different cars and stood by each for the 1 hour and 50 minute 67 mile trip. We would have liked to sit and watch the beautiful countryside pass by but we were busy moving each bike as passengers wanted to use the stinking WCs (water closet). What a mess!

We arrived in Sofia and very welcomed the elevator to go down to the main crossover but soon found out we were stuck as there were no working elevators to go back up to the main street. So we man-handled each bike up two levels of stairs. For those of you that have not done this it is extremely heavy and difficult with loaded bicycles. We were soon on our way out of Sofia until we spotted a pizza restaurant for our great lunch. After that two Bulgarians stopped us on the street and asked us about our trip. They were cyclists and very friendly and warned us of gypsies. This is the first time in Bulgaria that we have made friends so we were very happy to talk with them and they asked if we needed anything. During the rest of the day there were several friendly Bulgarians that talked with us. We were very happy to see this as so far there had been very little contact or smiles.

We continued climbing out of the city in the pouring rain. Hey…we are used to it by now. After 20 miles a Shell gas station and McDonalds appeared so we took a break from the wet and cold. It seemed as though we were in a different world. I sat and watched all the people as they got back in their dry cars and sped away. How nice for them. We were still full from lunch so we split a Snickers bar and juice. I smiled as we sped away on our bikes and powered through another 20 miles of the rollers and were rewarded with magnificent snow topped mountains towards the end of the day.

Finally after 7:00 we decided to call it a day and found a hotel in Dupnitsa, Bulgaria where we quickly washed our clothes in the sink, set it out to dry then had a nice Chinese (yes, Chinese) dinner. We have used two washing machines and one dryer (thanks to Brian’s mother in France) in the last two months.

May 16, 2014 57 miles We awoke to another rainy day and slowly prepared for our ride hoping the rain would stop. It did for the start then continued most of the day. We earned a hard 57 miles in the traffic, rain and wind. There is only one road heading south so it is very busy. Tonight we are in the last big town, Sandanski, before the Greece border which is about 20 miles away. Tomorrow Greece! 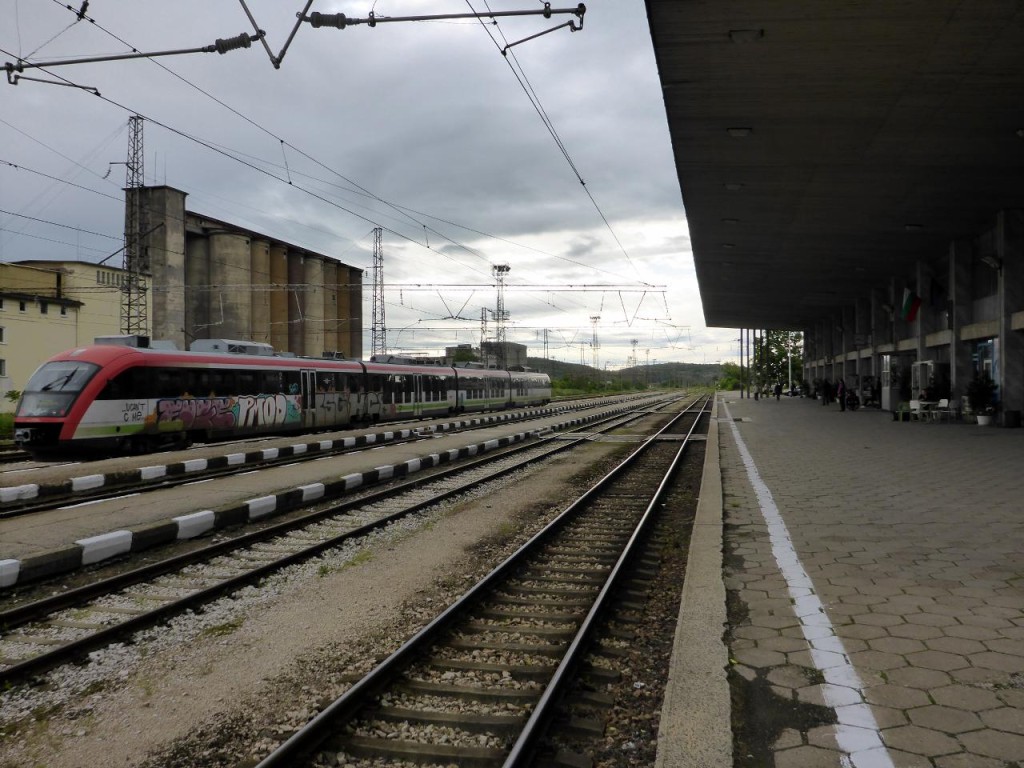 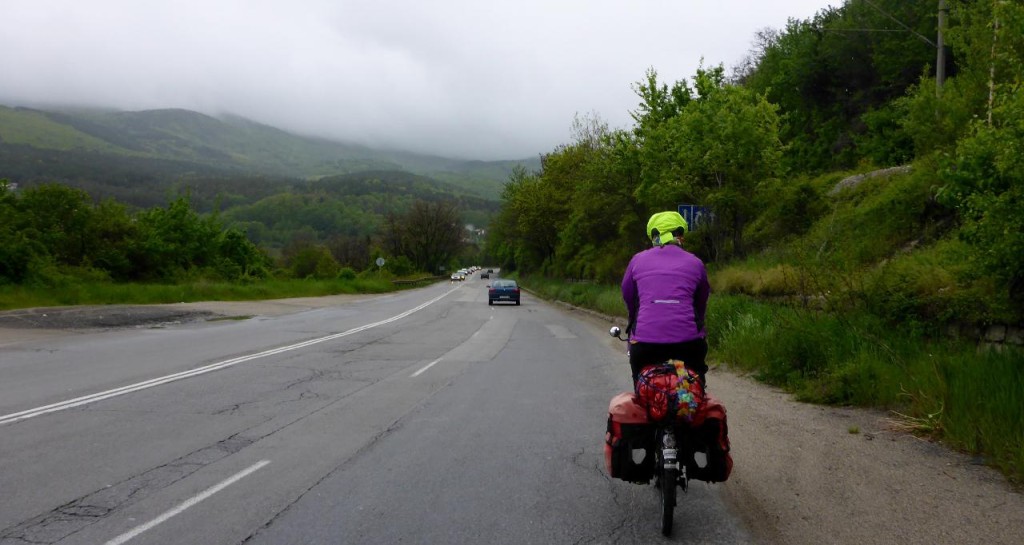 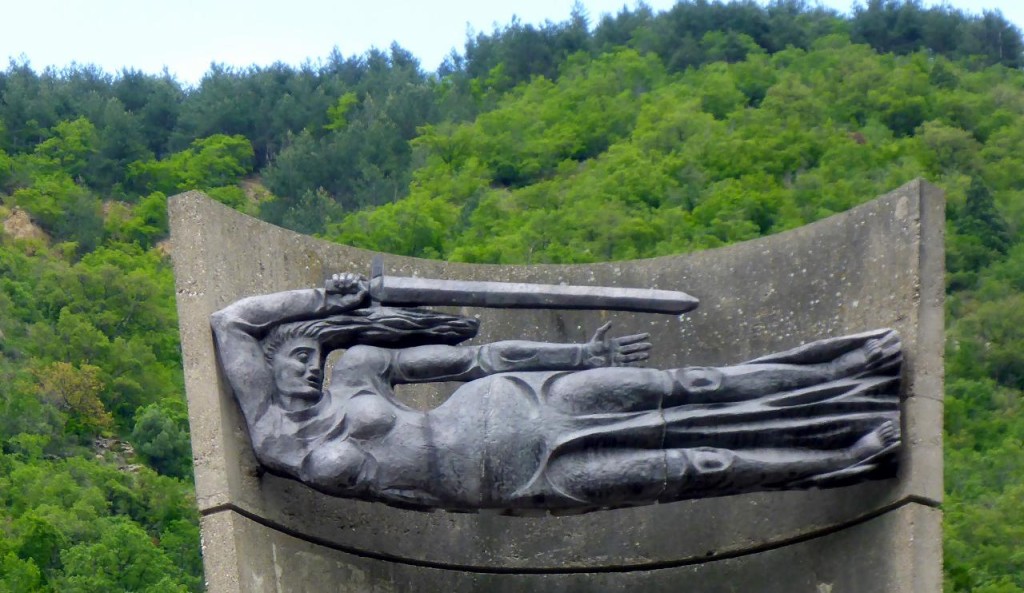 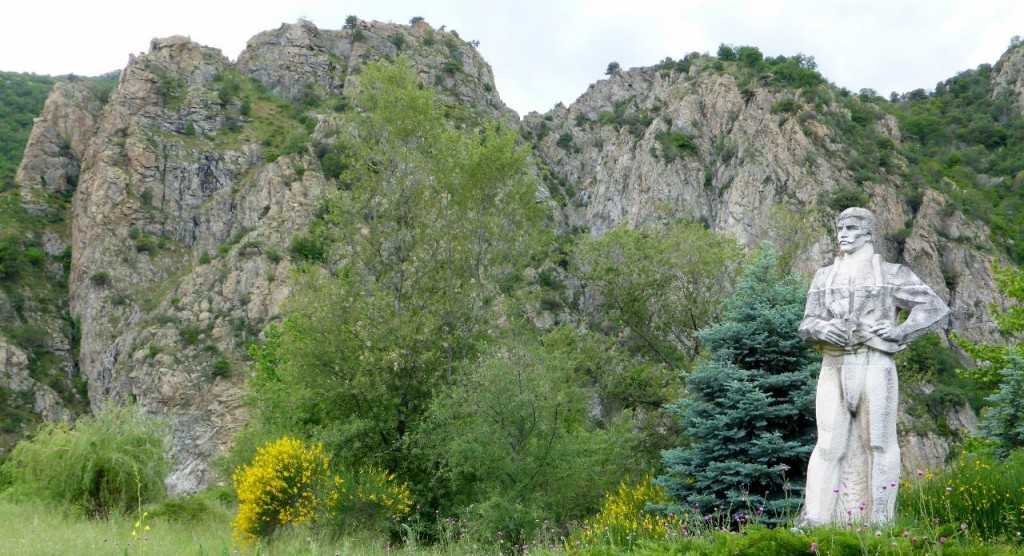