April 16, 2014 37 miles Another border crossing into Slovenia! We started climbing immediately into this beautiful country and soon found a nice place for lunch. We ordered the local favorites which turned out to be a combination of fish dishes which we thoroughly enjoyed. Our server then gave us his home made “schnapps” made from grape skins after the juice is removed. As evening approached we were looking at a campground in Ajdovscina that was closed when a mother and her two young children walked by. She said the camp was closed but that we could pitch our tent in her backyard garden. So we followed her to her beautiful home and set up our tent while playing with her children. Her husband soon arrived and we were immediately welcomed into their home for an evening of great local food and wine. What a treat and a pleasure to stay with Marko, Melita, and their two girls Zoya and Rina. They treated us like family. We had a great sleep in our tent but were also welcomed to sleep in their living room.

April 17, 2014 55 miles After a nice breakfast and route discussions with our new friends we decided to travel south to the Balkan Peninsula then Turkey. Every host we have stayed with has suggested this route instead of Austria, Hungary, Romania, Bulgaria then Turkey. Two have ridden both routes and said the Balkan route is more beautiful and interesting. We had thought about it before but have now made that decision. There is more climbing but we are excited and ready for this next phase of our ride. So we spent the day climbing south then down to the Adriatic Sea coast. We will enter Croatia tomorrow. 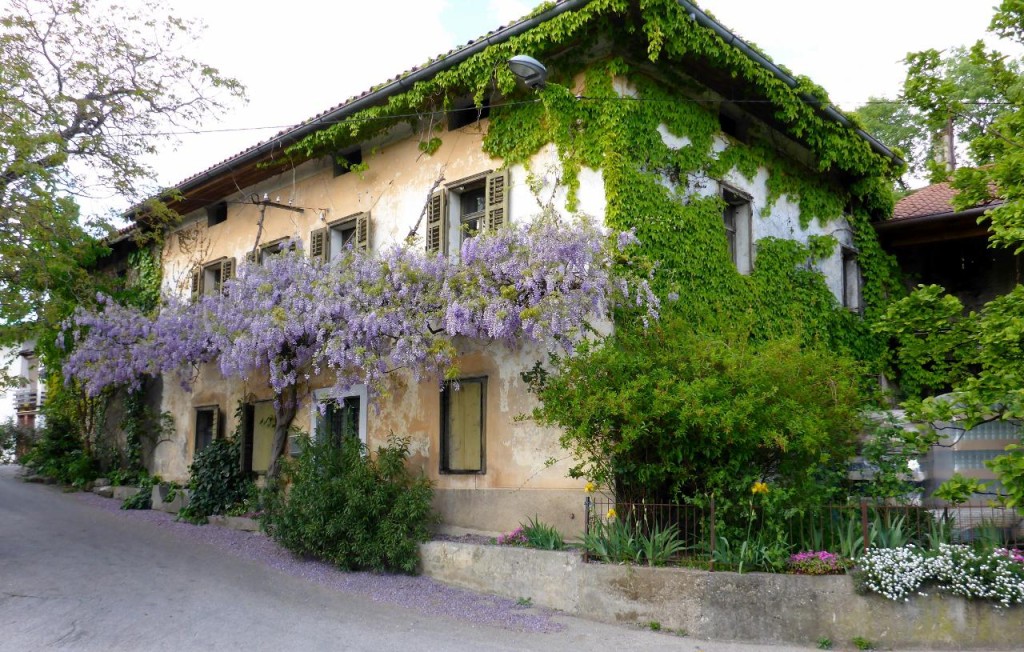 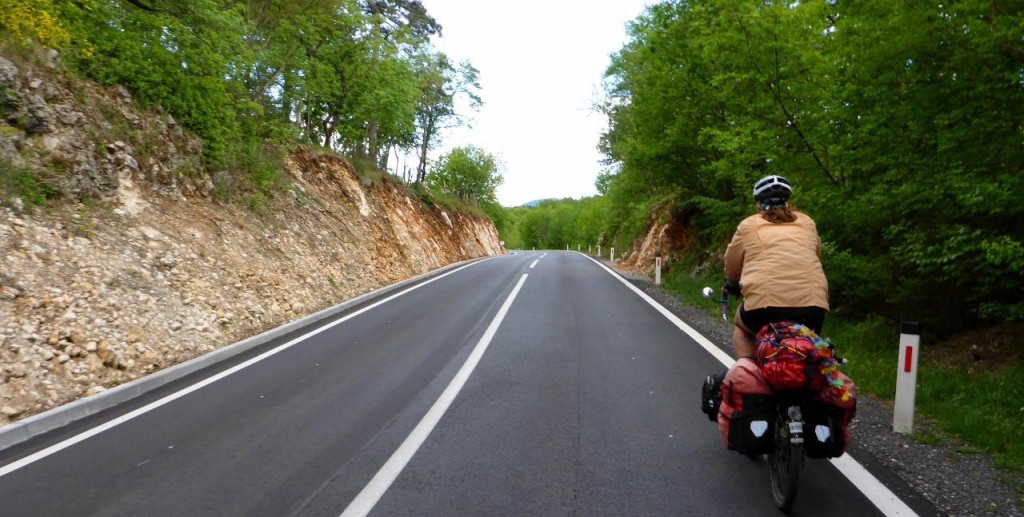 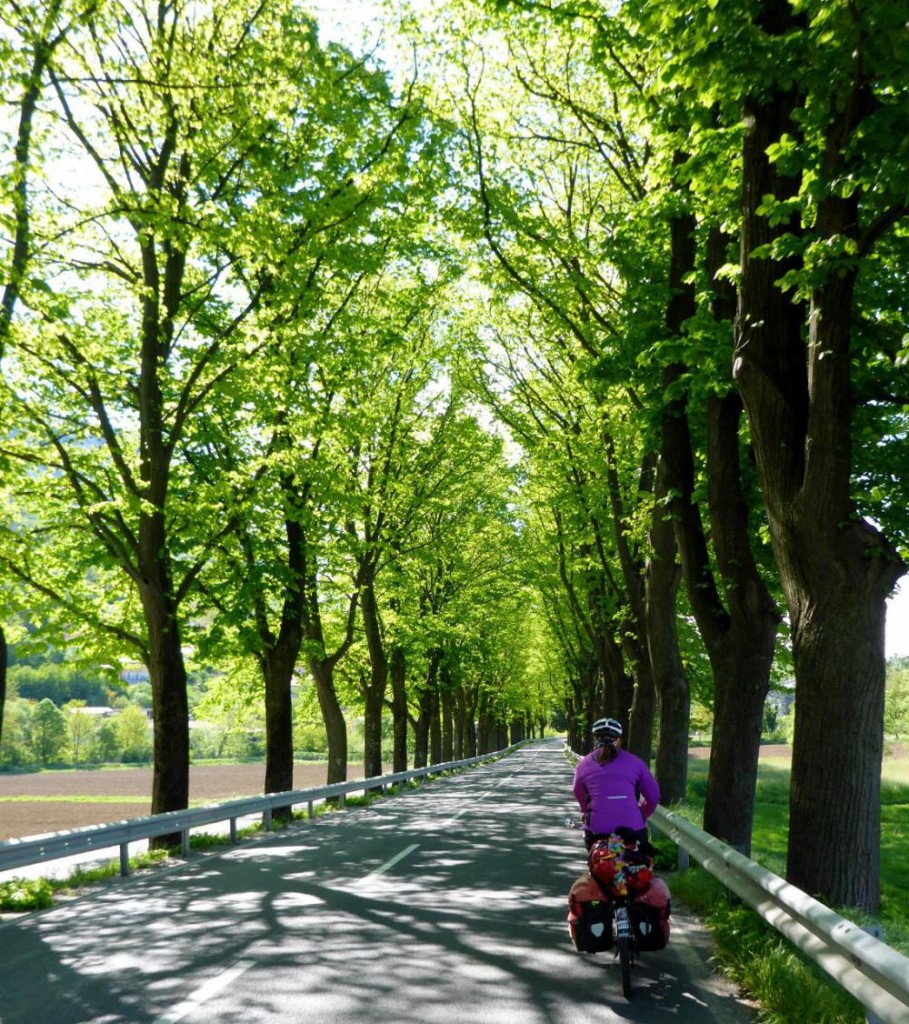 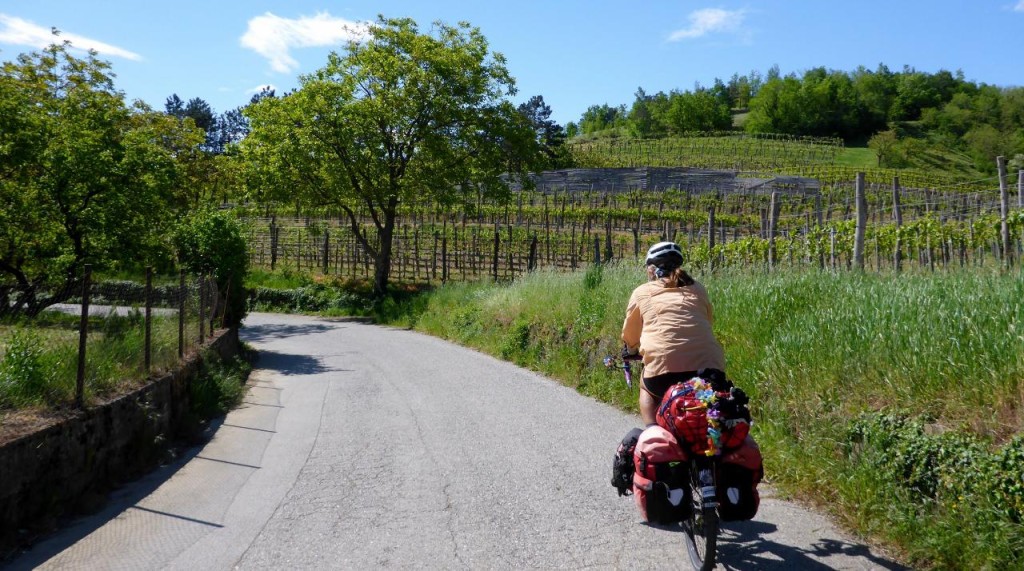 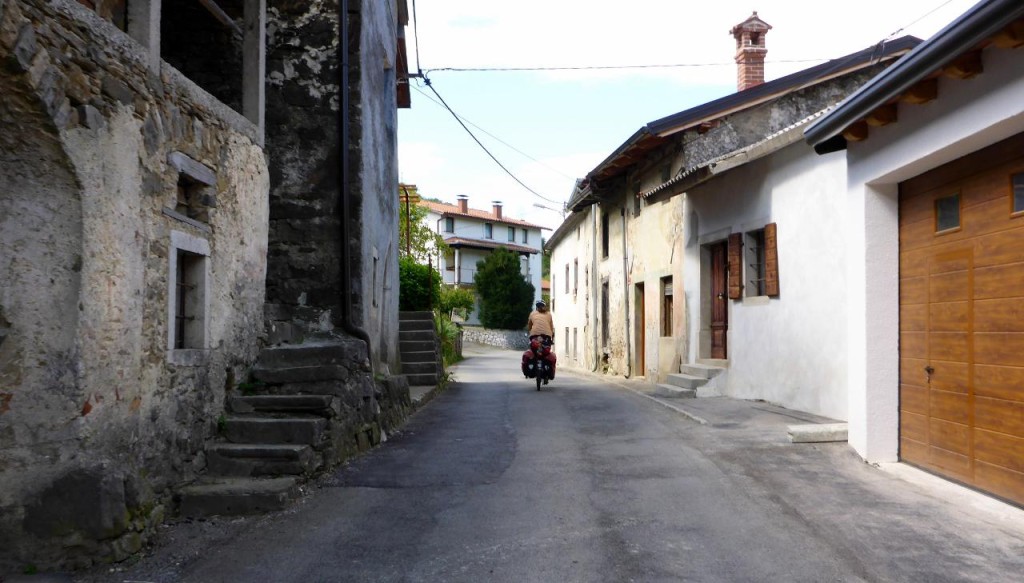 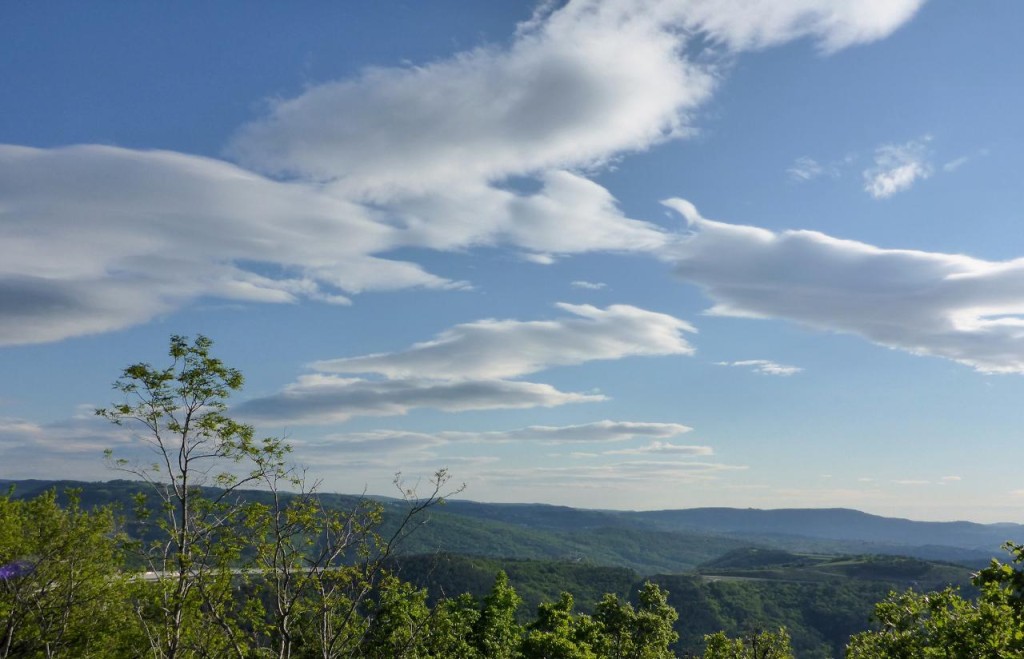