March 24, 2014 26 miles We arrived in Castelldefels, outside of Barcelona, on Sunday afternoon after a fun but sometimes scary cliff-side ride around a peninsula. Since it was a Sunday the narrow winding no shoulder road was filled with cars and roadies. Whenever there was room we pulled over to let strings of cars pass. The road was about 10 miles long with five climbs. It was fun but very nerve-racking at times. We had contacted another warmshowers.com host who lived nearby and was available for us on Monday so we found a room in a family bar/hotel. These are a lot of fun and in the bar that night there was a huge crowd watching Real Madrid take on Barcelona in futball. So we joined in the festivities. We were expecting a package from DHL so had planned to hang out a few days.

March 25, 2014 After a leisurely morning on the beach we rode the 3 miles to their home high in the local hills. Alba and Gerard were at work so a neighbor let us in. We spent the afternoon cleaning our bikes then reading and napping until they arrived home. After a delicious vegetarian meal we made plans to go with them to their office in downtown Barcelona so that we could check on a DHL package from home and tour the city. Our tent and other bicycle gear had arrived and were waiting for customs declaration. Jocelyn and I hopped on a bus to the cargo terminal, filled out some paperwork at the DHL office then went across the street to customs where I had to make a statement about what the contents are. Once that was complete the package was released to us and we travelled back to Alba and Gerard’s office. The afternoon was spent exploring the fascinating city of Barcelona. That evening another delicious meal was served to us.

March 26, 2014 37 miles We said our good-byes to our very fun and gracious warmshowers hosts then started our ride around Barcelona as the city is too crowded to bike through and the airport prevents a coastal route. We rode inland into the hills along a river path then finally turned east and we are now in the town of Sabadell waiting for a large bike shop to reopen for the day at 5pm. In Spain shops close around 2 for siesta time. Jocelyn’s rear gears are slipping and my rear wheel needs to be trued. 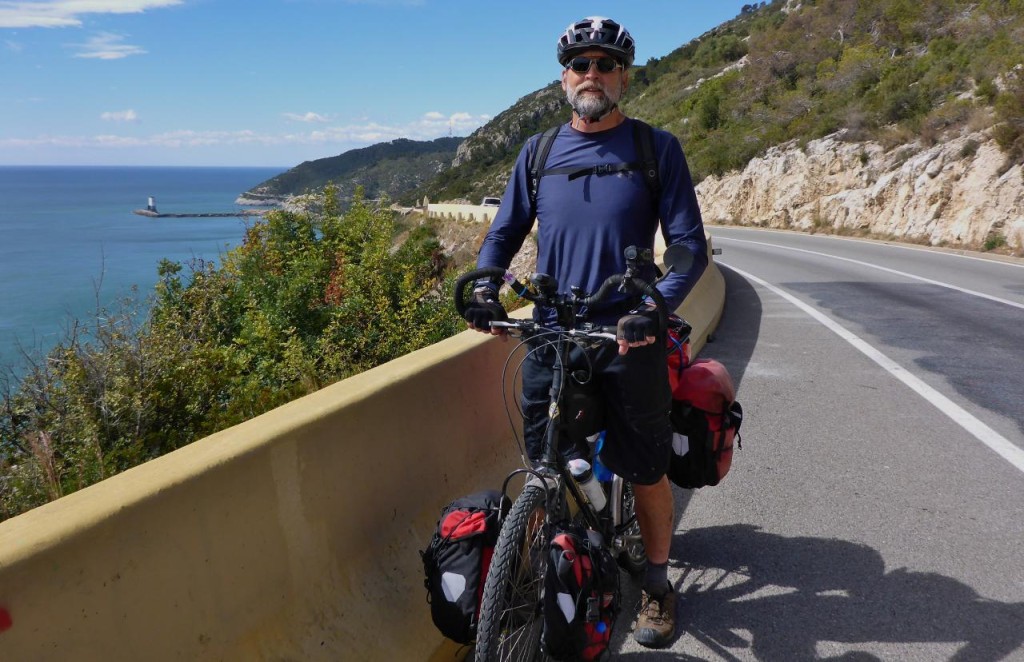 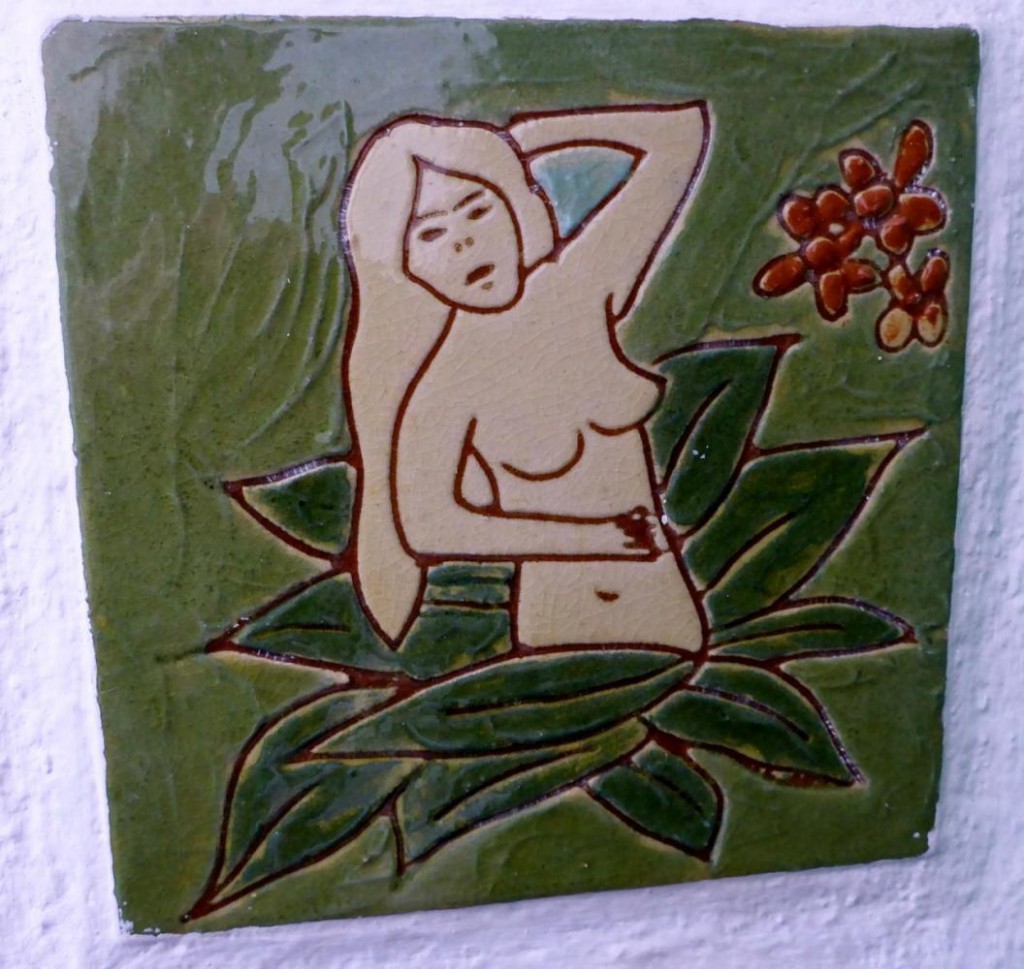 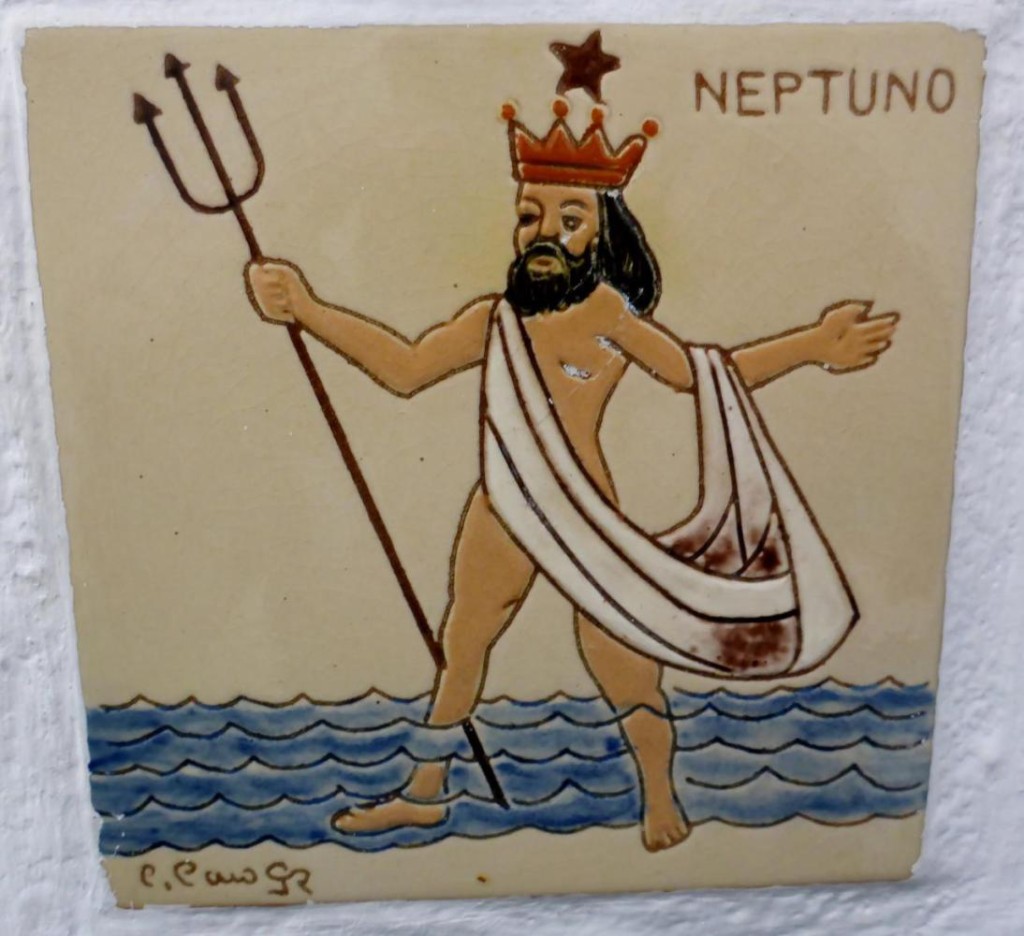 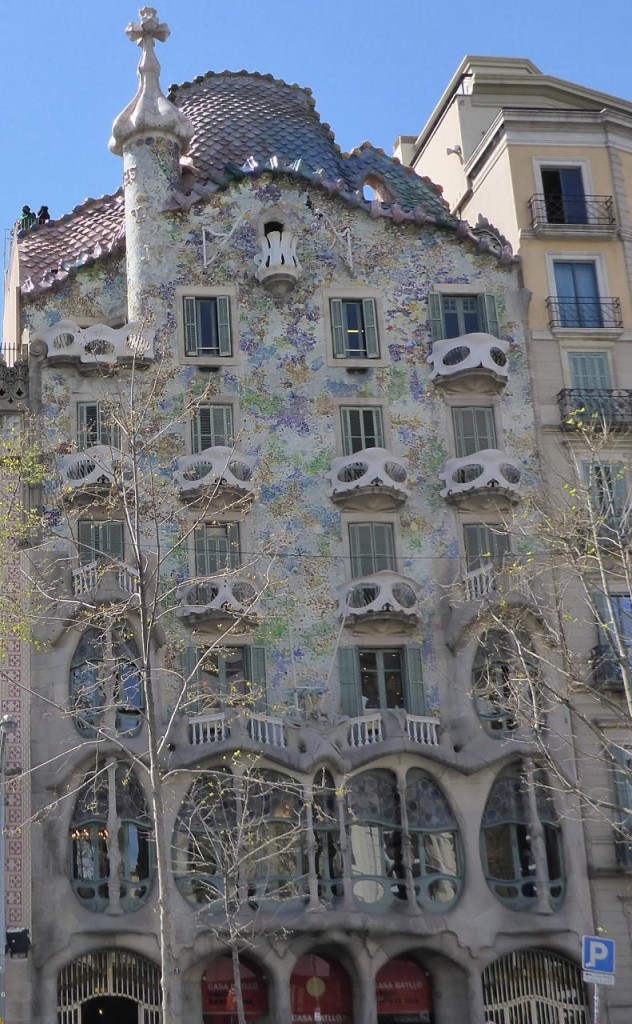 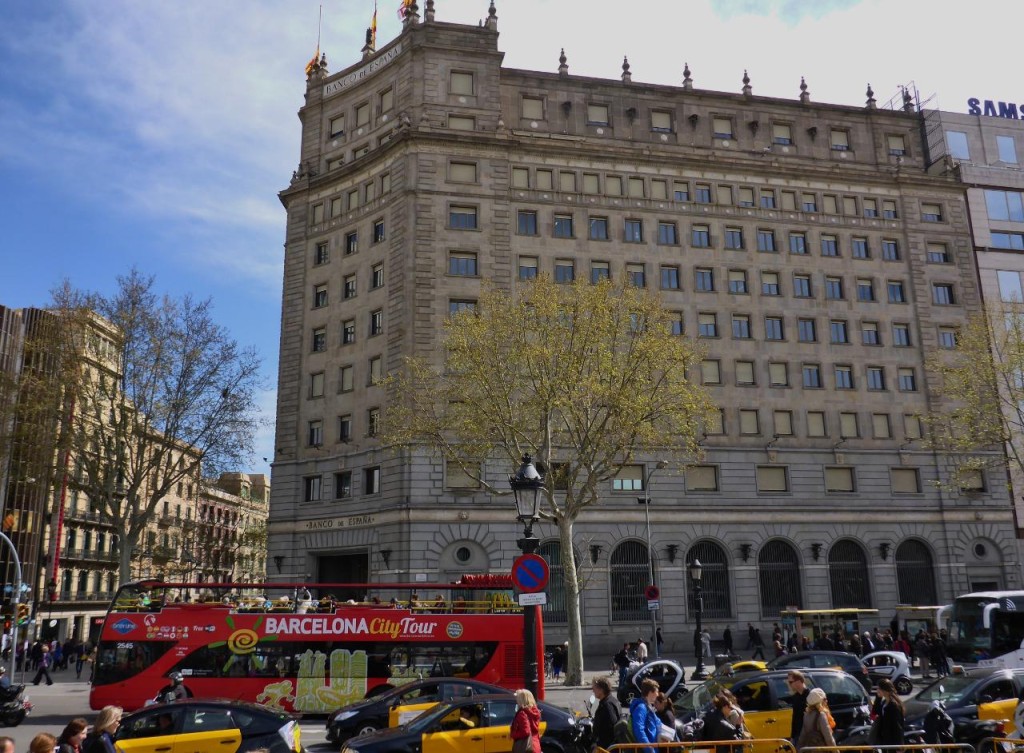 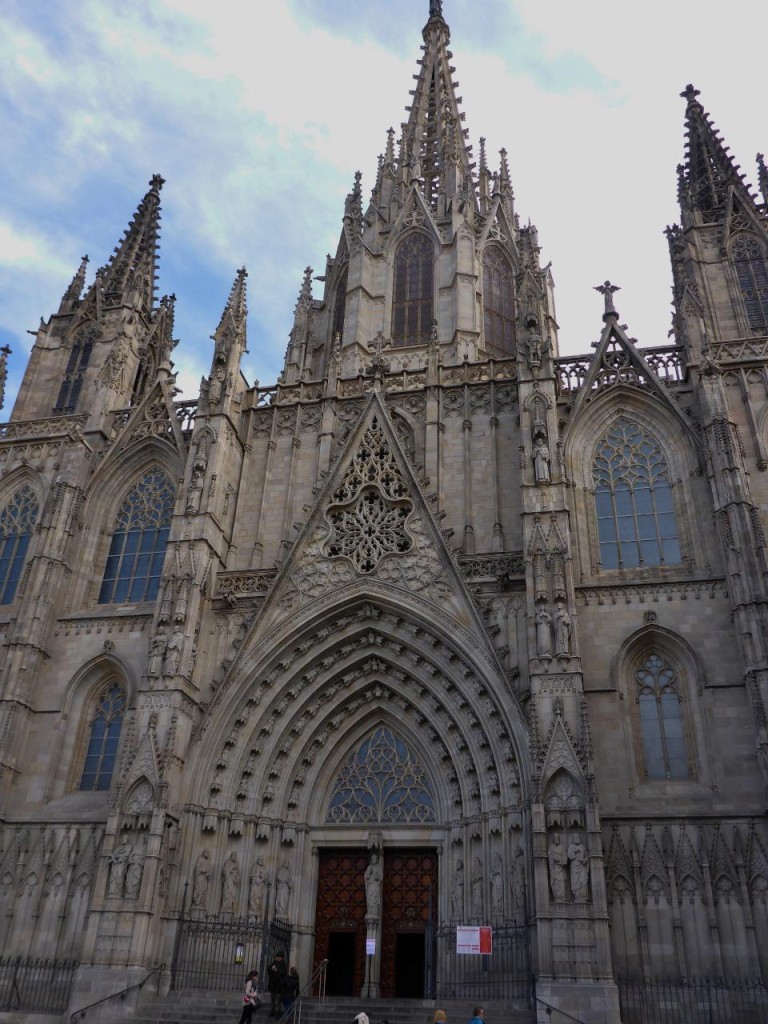 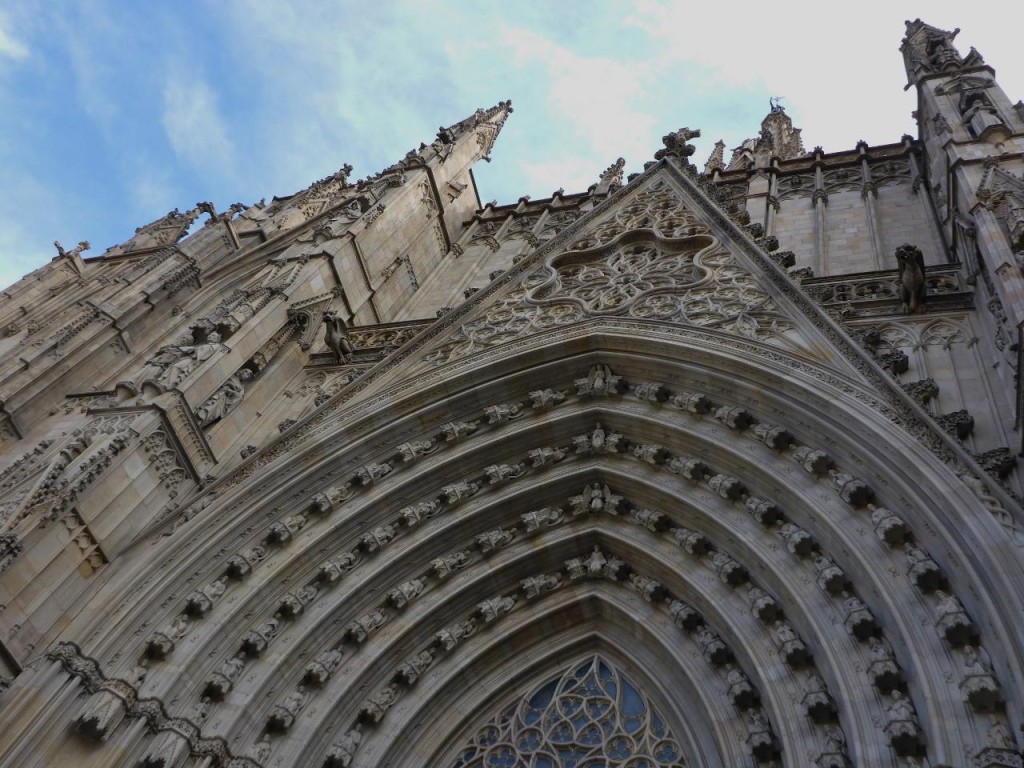 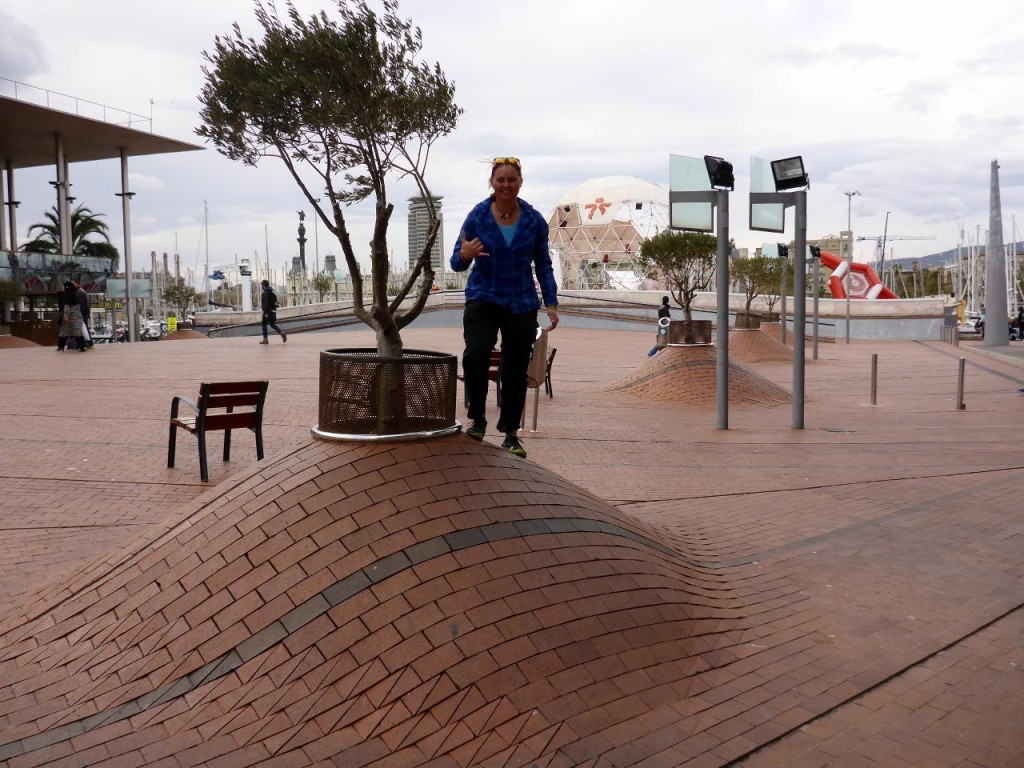 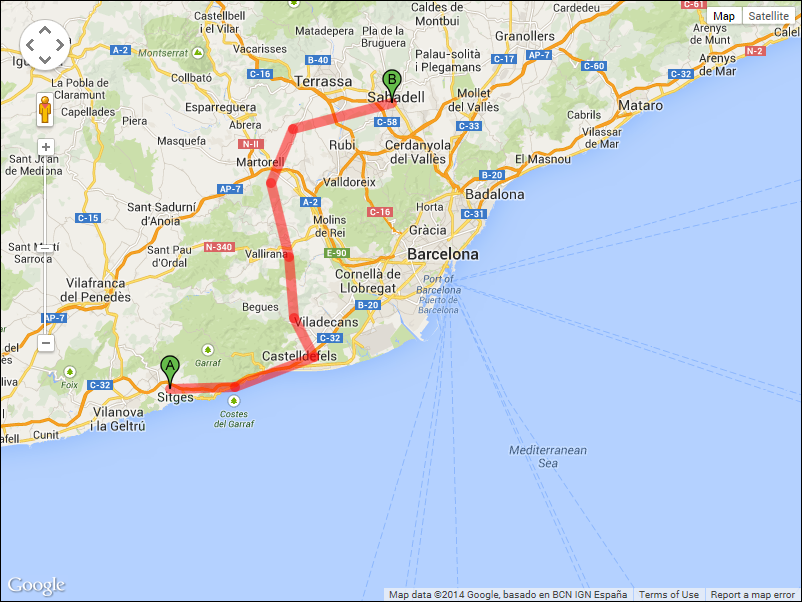