July 6, 2014 48 miles This was a long, hot, and dirty day as we rode west along a major tunnel, bridge and dam project. The current road west is a marvel in itself with the 41 tunnels we passed with most over 1,000 meters in length. Our new SON28 front hubs and lights work great. The cost of this road must have been overwhelming and now most of it will be replaced by a new road that is in work. Massive earth moving and tunneling machines are abundant. Most of the day we traveled over washboard road with dirt flying as cars and truck passed. Plus there is a new dam project in work where the river route was changed. This forced many people from their homes and the flooded old mountain villages are seen everywhere along this route. Along with this every time we stopped biting flies would attack. We did enjoy the day until we ran out of water. After another hour we reached the mountain side city of Artvin. It was a long day so we looked for a hotel which required a major climb. For some reason we kept climbing and eventually walking to find one. After two hours of this we arrived at one. A kind gentleman saw us struggling so loaded our bikes in his truck for the last .7 mile. The Turks always seem so ready to help us and love practicing their little English. We then moved our bikes up three flights of stairs. Needless to say we will never do this again. We should have rode on and camped but we were just too tired and wanted a shower, air conditioning and a bed after two late riding days. Some days seem a real struggle but at the end of the day there is always a big smile on our faces.

Monday July 7, 2014 42 miles The ride out of town was scary fast as we dropped 1200 feet in a matter of minutes. We then continued west and then north and immediately noticed trees on the mountains instead of just rock. The scenery was beautiful as we climbed then descended to the Black Sea city of Hopa. Once again we had one of our favorite rides and found a nice seaside hotel. We immediately noticed how busy the seaside road is and are glad with the mountain inland route we chose. Tomorrow Georgia! 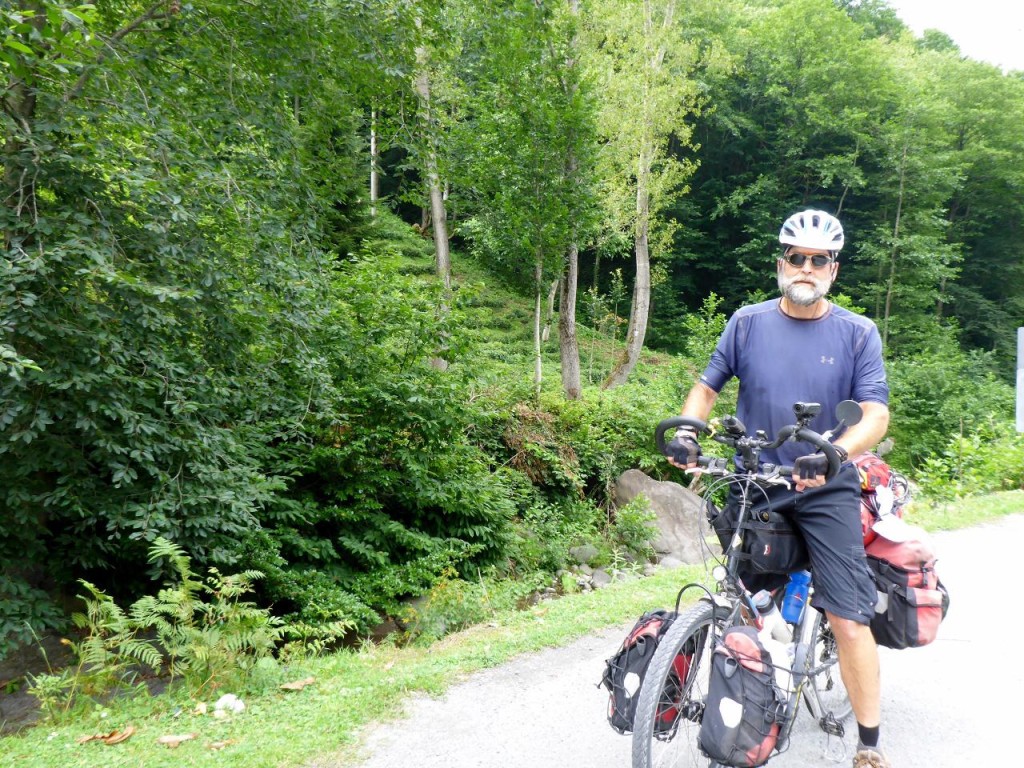 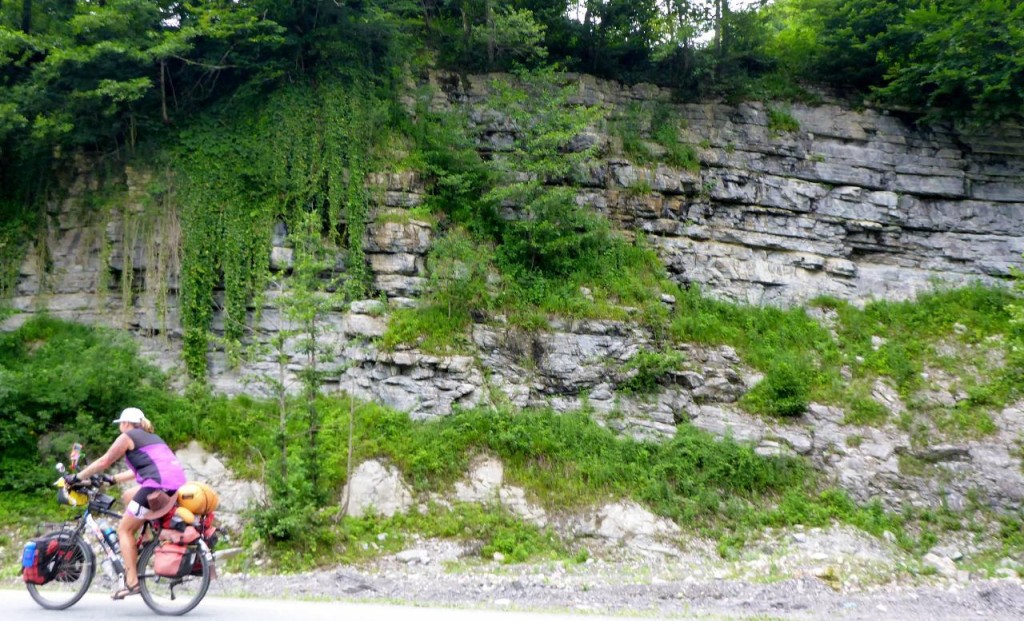 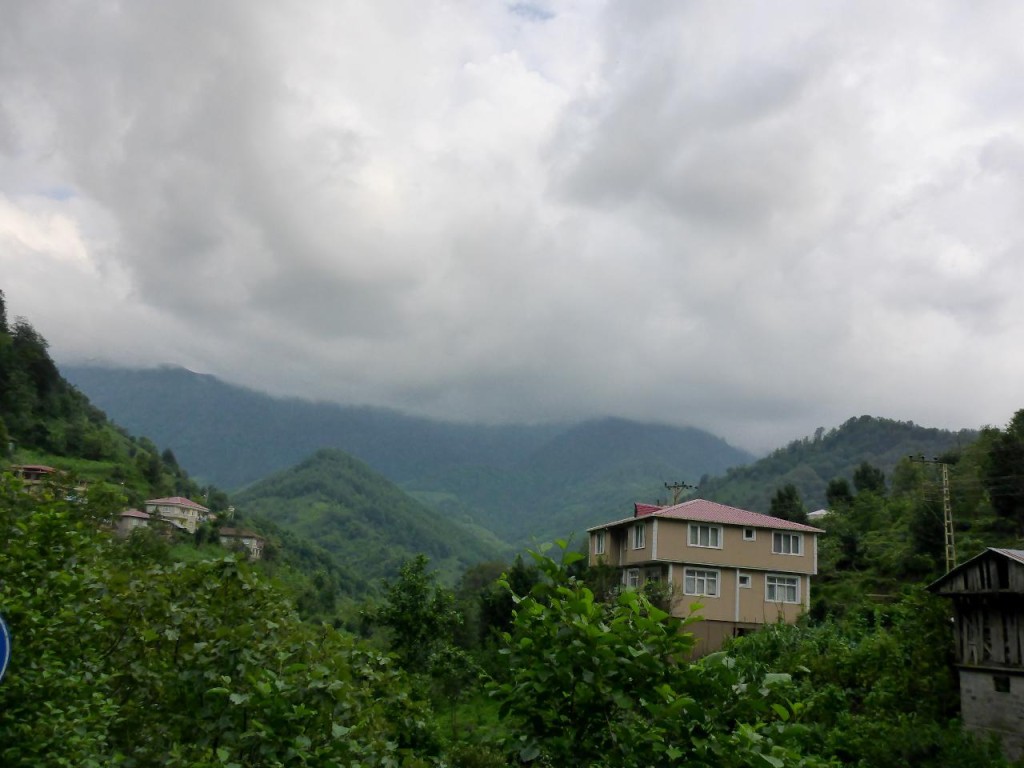