Tuesday November 25, 2014 3 days 121 miles After a rest from the crazy bus ride we were on the road again with the goal of reaching Laos later in the week. Neither my Garmin GPS nor Jocelyn’s “Maps with Me” on her phone showed the road west until several miles later. It was a bit confusing but as usual Jocelyn found our way. We started climbing immediately and passed through many small villages. The big bonus is that the sun is out now and the temperature in the 80’s! We were so tired of the cold. There was no rain either. At the end of the day we cycled into a larger town and found a guest house for the night. We immediately named it the “No” guest house as everything we asked for or used the point-it-book for was answered “no”. They did have very cold beer though.

We also saw the most disturbing things we have ever seen. As we were walking our panniers past the open kitchen a man had a gas tank fueled torch and was torching an animal that looked like a child. This stopped us dead in our tracks as it turned out to be a monkey. In fact there were three monkeys in the process of hair removal – one being torched, one in hot water and being scraped with a knife and one just sitting tied up on the floor. Our curiosity was peaked so we took pictures that we will not post. This is the real world though where everything is eaten. We have seen some strange things on this trip but this tops it. Sometimes reality is sad. We have also seen raw meat sitting outside for sale throughout Asia. Animals are killed, butchered and sold right on the street with no refrigeration. In this part of Vietnam communication is non-existent except for hello and bye, bye. The locals don’t understand pictures with our point-it-book either. It is difficult to order food without meat and we have sent many dishes back once we have seen it. Most of the touring cyclists seem to ride to Hanoi and then east to the beaches. As usual we take the roads less traveled and have been rewarded with beautiful jungle mountains, small roads and villages, and very friendly people.

It is so nice to once again not be on a schedule and will enter Laos in a day or two or maybe three. It all depends on if we find an interesting spot for the day. 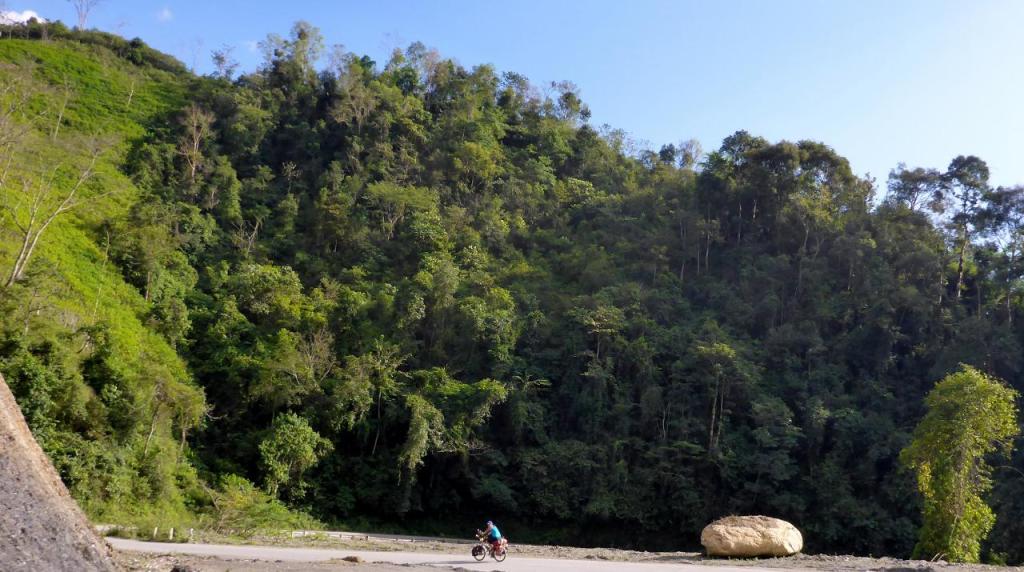 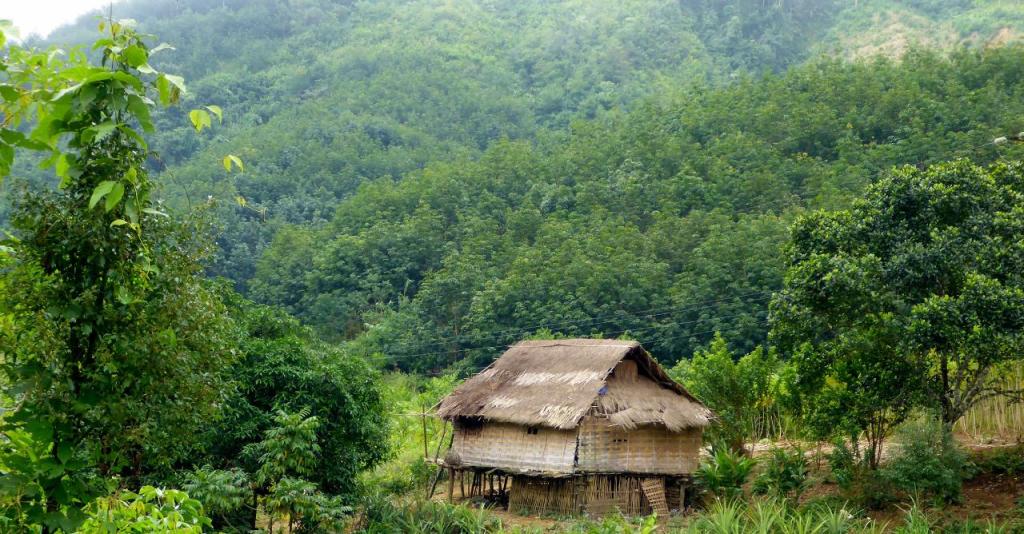