In Puyo we had a most excellent pizza at Pizzeria NewYorkina. The owner, Edwin, spoke excellent English and cooked up the pizza, chicken wings, and fresh salad all from scratch. The next day we cycled up the Andes Mountains from Puyo to Banos. It was a great ride and destination and took us over 8 hours with one 30 minute break.

Baños de Agua Santa commonly referred to as Baños, is a city in eastern Tungurahua Province, in central Ecuador. Baños is the second most populous city in Tungurahua, after Ambato, the capital, and is a major tourist center. It is known as the "Gateway to the Amazon", as it the last big city still located in the mountains before reaching the jungle and other towns that are located in the Amazon River basin.

Baños is located on the northern foothills of the Tungurahua volcano, at an elevation of 1,820 metres (5,971 feet) whose activity has been characterized by frequent powerful ash explosions and lava flows can be seen from Banos.

The city is also a Roman Catholic religious center, as some Catholic believers say that the Virgin Mary appeared nearby a waterfall. So a sculpture of the virgin, called Virgen de Agua Santa, was placed in the cathedral. The history of the town is intimately linked with the highly active Tungurahua volcano. In October 1999, all 17,000+ residents were forced to evacuate the city for weeks.

Baños is one of the most popular tourist attractions in Ecuador due to its amazing natural beauty (it is home to more than 60 waterfalls) and its plethora of available adventure sports. Locals and visitors alike enjoy rafting, kayaking, canyoning, bridge jumping, hiking, biking and horseback riding. We decided to stay an extra day here to explore the town.

Tomorrow we will continue up the Andes towards the Pan-American Highway. This will take us to the city of Cuenca 320km away. 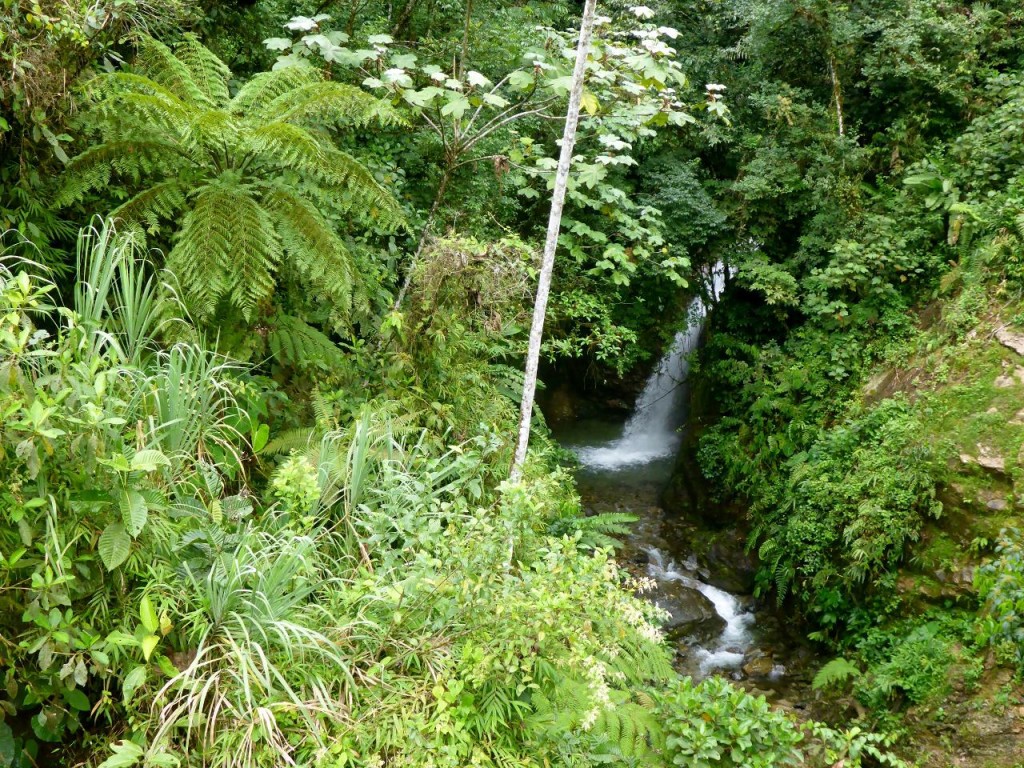 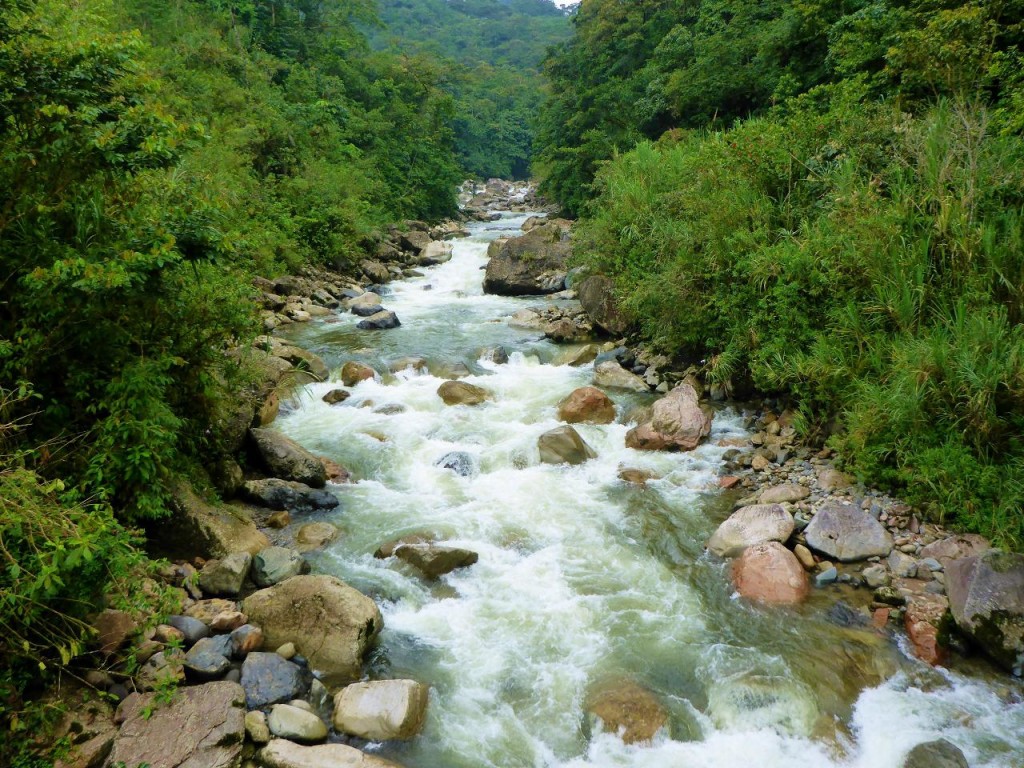 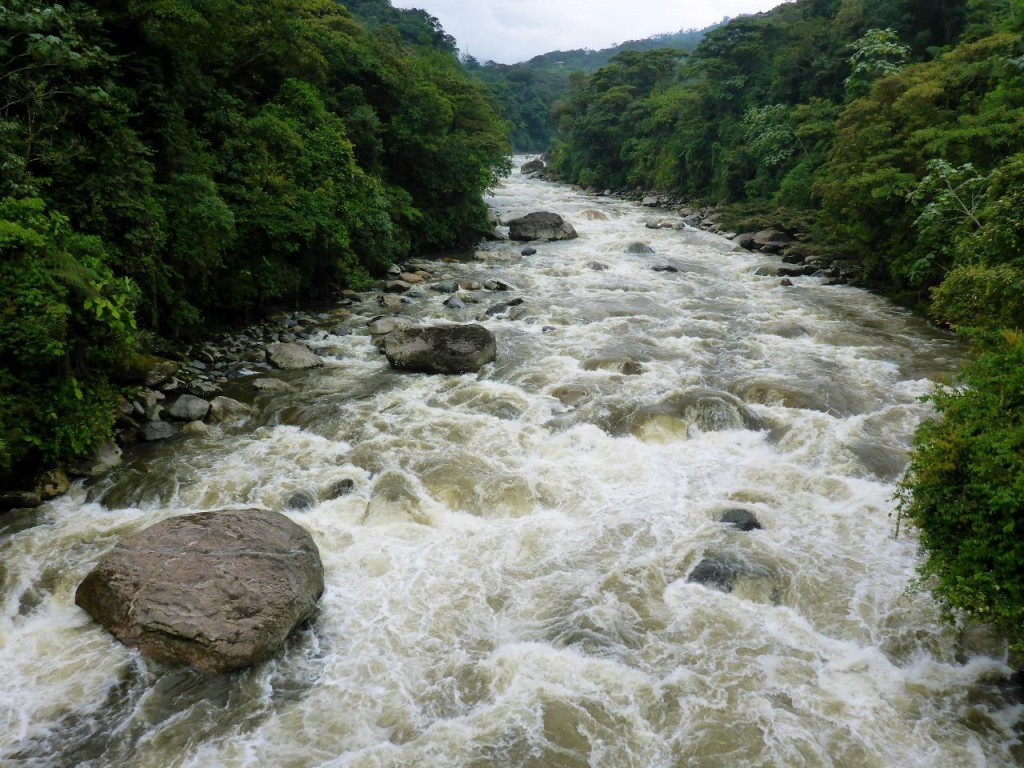 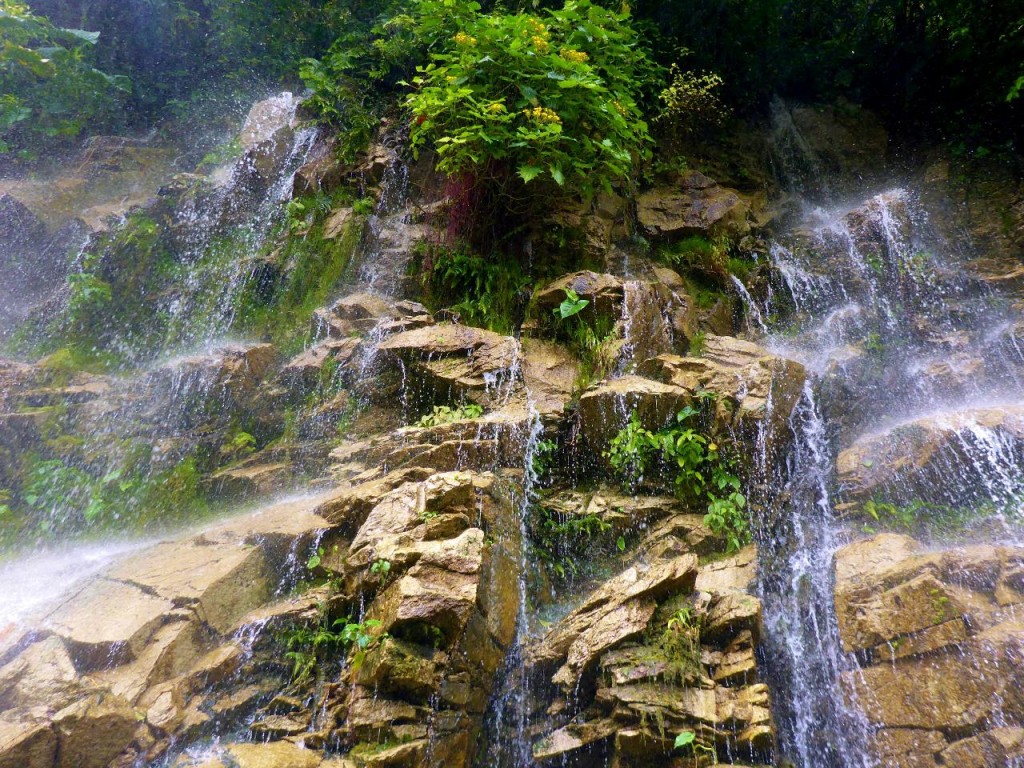 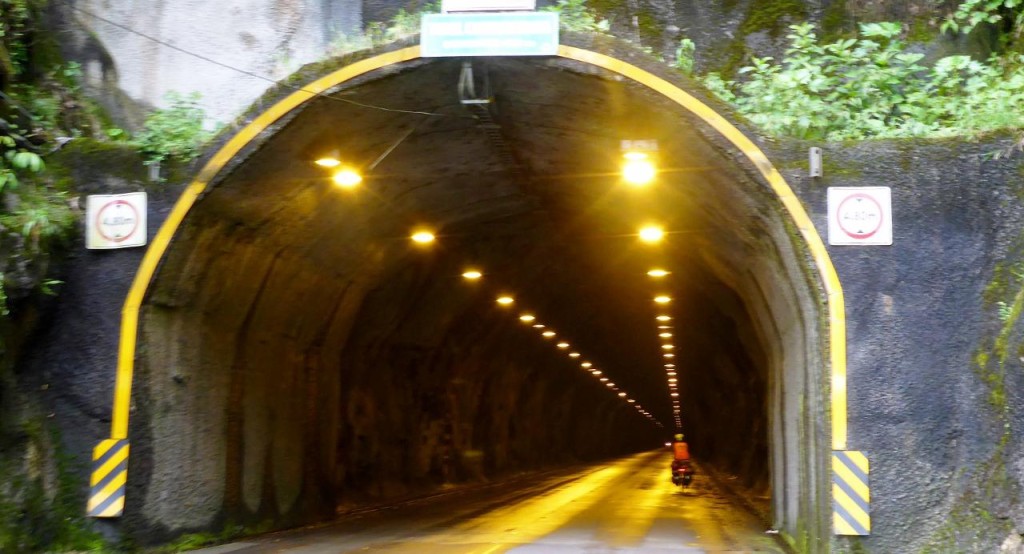 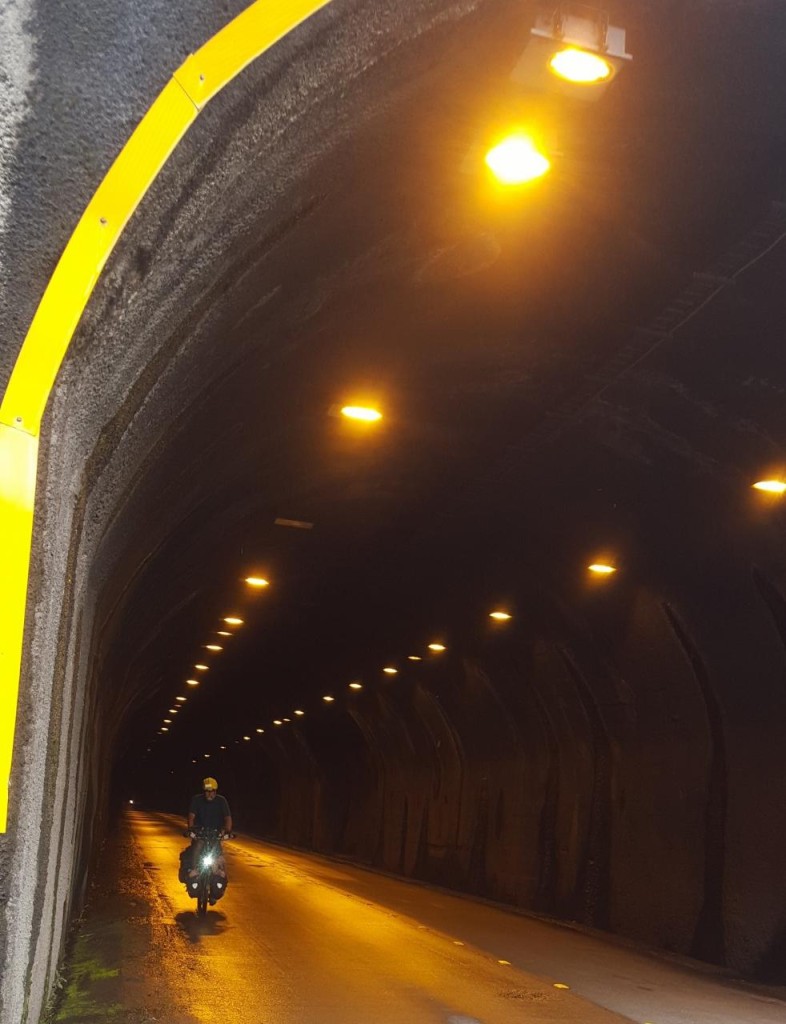 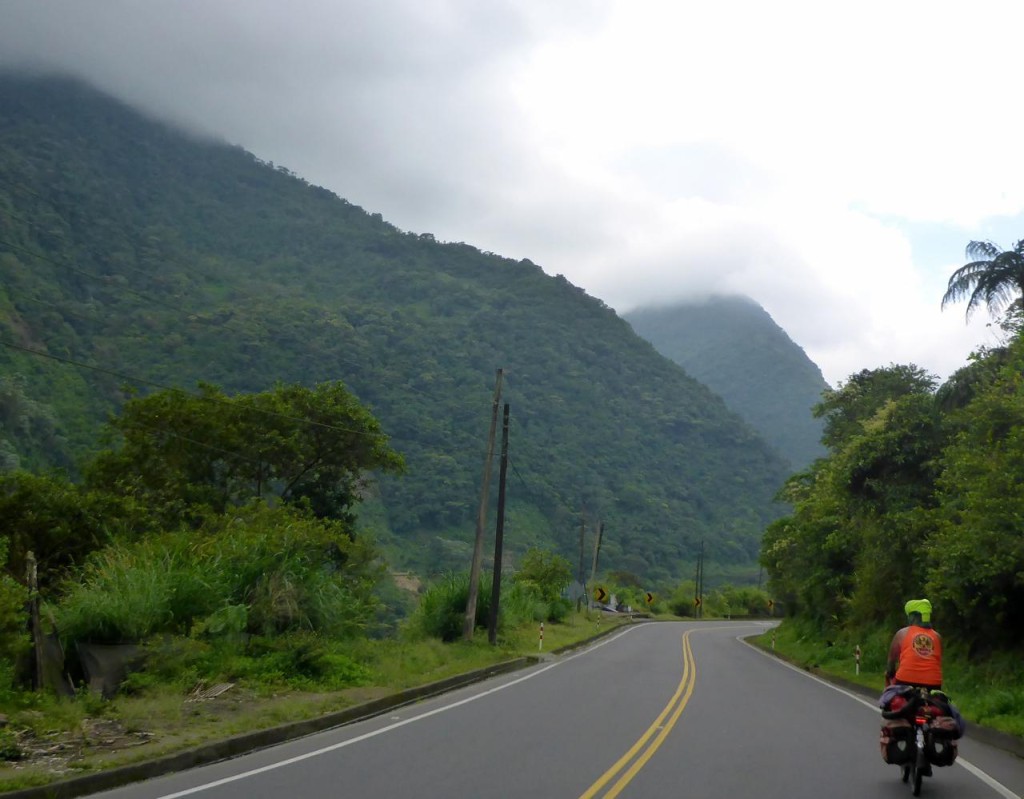 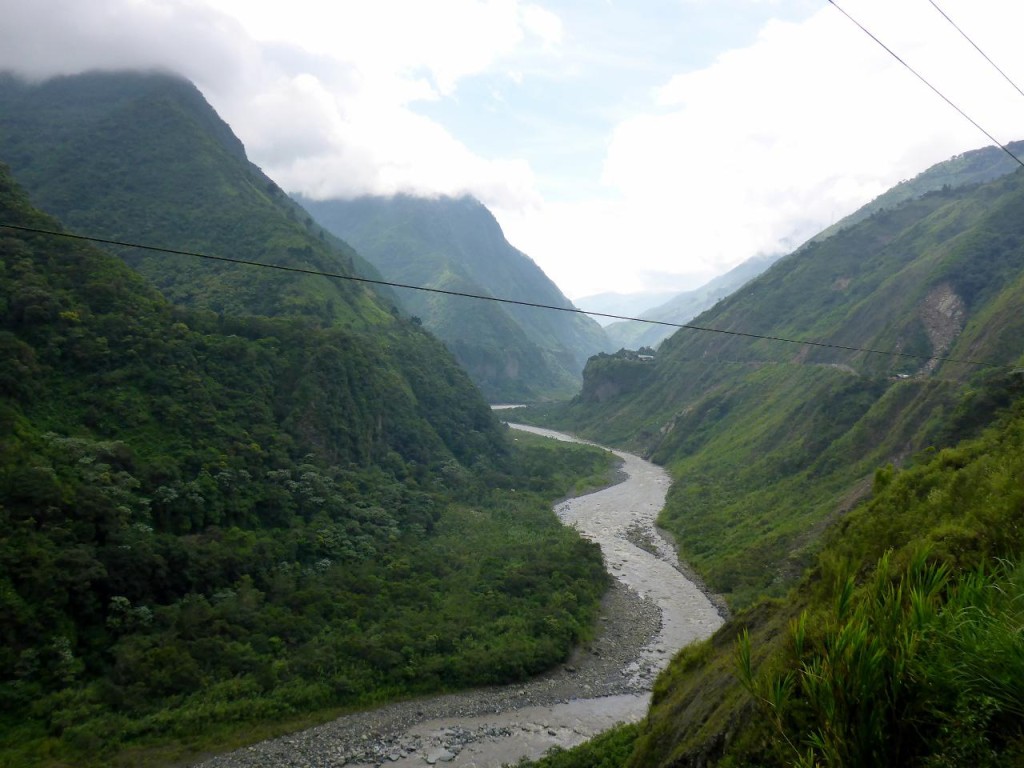 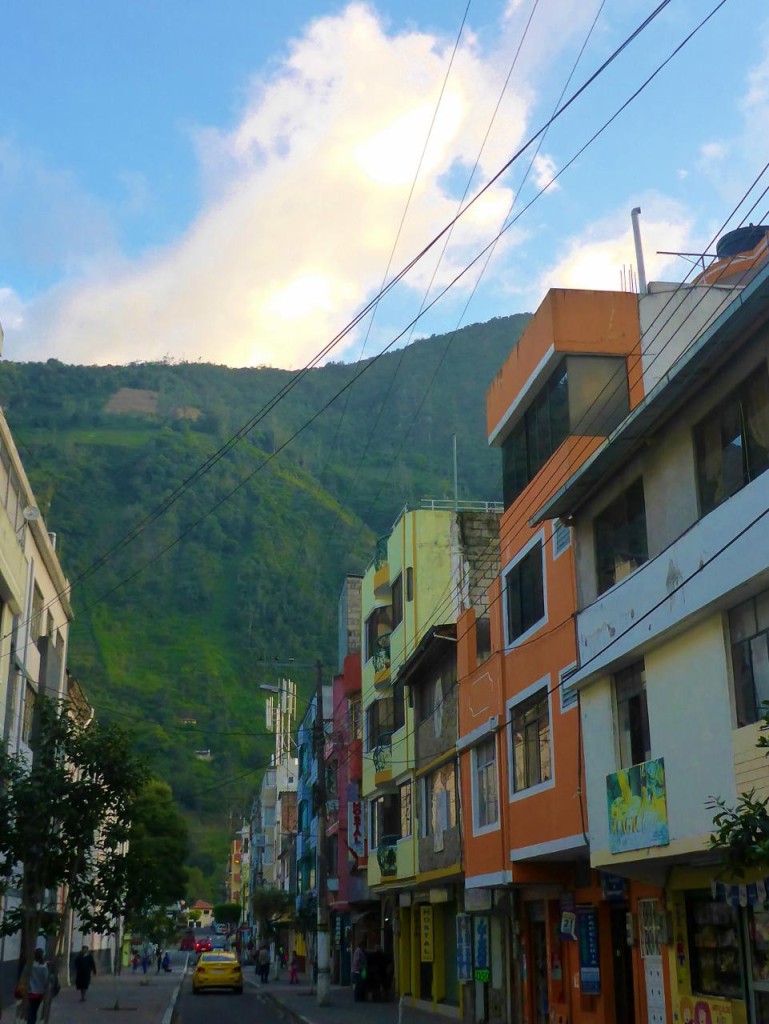 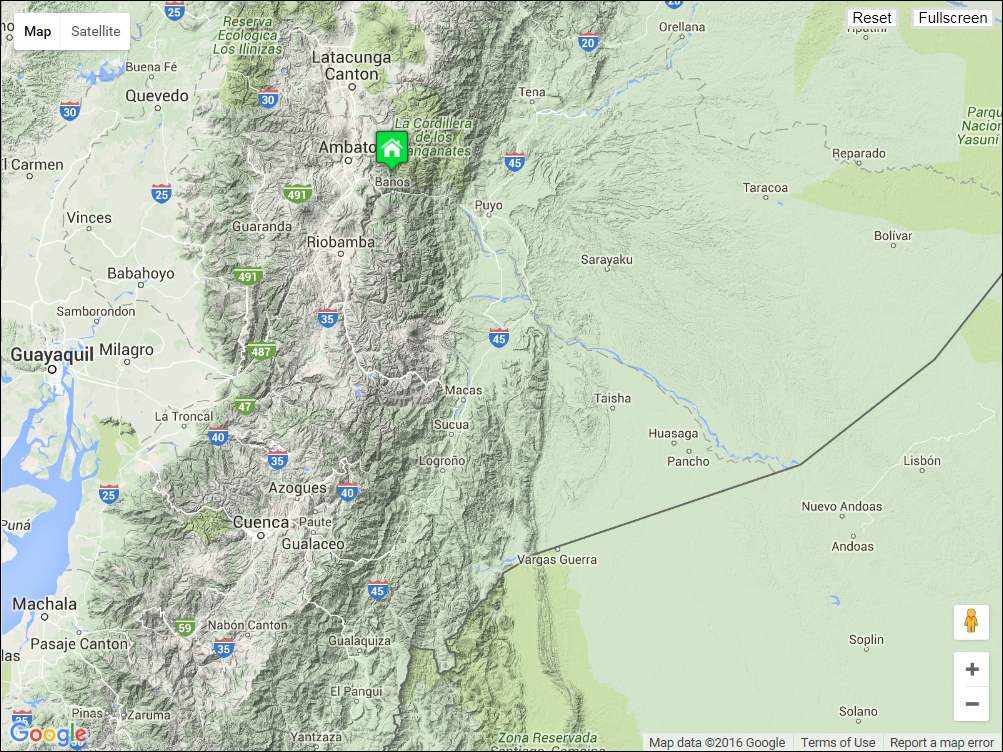 2 thoughts on “A most excellent Andes Mountain climb to Banos, Ecuador”