June 6, 2016 Yesterday we decided to explore Laja Falls with a long hike around the top and bottom. Jocelyn got soaked walking around the lower splash zones, hey that’s what “kids” do! The different views of the falls were incredible. We then enjoyed lunch in the small village then back to the hotel for a nap. As touring cyclists, we take advantage of our rest days… with sometimes rest. Jocelyn is trying to get over a cold and I my continued sore right knee that was twisted when I almost fell on the oil slick.

Sunday morning found us back on the road and in the up and down hills. The last few days were nice and mostly flat for a change. But the scenery change was awesome as the large forests, rivers and bridges began. If fact at around 2pm the sun was shining bright as the fog and mist rose. It was the first time in over a week we had a clear sun and warmth. We even wore our sunglasses again! We were attacking the hills one after another when all of a sudden the sun was down and we had to find a place to camp. Hills can get you into a charging mood and make you forget the time. So we ducked into an open gate and rode until we found a space among the trees. We quickly set up the tent but since it was so cold just crawled inside and decided to forget dinner. As we laid down at 6:15 my mind was hoping the gate would still be open in the morning. We don’t have our really cold weather sleeping bags with us. The Sierra Design -29f bags were great on our last trip but we didn’t want to carry them and the extra 5 lbs. on this trip. This is the first time we really needed them and with another 10 days of cycling the weight save was worth it.

We awoke and “forced” ourselves out of the tent at 8:30 with a crunching ice noise under our shoes. That is a long time in a tent but at time you just don’t want to leave the bag. Sunrise is at 8 but you never really see it until the afternoon. The temperature was under 30f. Even though it was this cold it did rain overnight which gave our gear another good soaking. Inside the tent was wet too from condensation. I remember on our tour through the Pamir Mountains in Tajikistan waking up in our tent with icicles inside along with frozen water bottles. It was below zero then but clear at over 14,200 feet. It was so beautiful there.

We rode uphill into the next down and really scarfed down on a huge breakfast since we had missed dinner the night before. After that the rain was coming down hard and we rode up and down the hills. About three hours later we passed a hostel and I thought of my frozen hands and toes. I stopped and asked Jocelyn how she was doing. Her hands and feet were in the same condition so we decided to call it a day. But the day wasn’t over as we had much sink washing of our clothes to do finding a place to dry out all of our camping gear. We found a covered patio along with a heated wood burning laundry room. All the camping gear we spread on the patio and the manager graciously let us put all of our washed clothes in her drying room. Not only that she said we could use her kitchen. She then called a taxi which took us to the large market in the nearby town. We bought enough food for lunch and dinner, along with the mandatory delicious Chilean wine. We then returned to the hostel cooked lunch, then dinner before resting. Sometimes the end of the day’s work is much harder than cycling 60 miles!

June 9, 2016 We continued south into the Land of Lakes through mostly rainy days but today enjoyed a sunny afternoon. We asked a restaurant owner at lunch today when Patagonia starts and he told us we were now entering the region with the land of the lakes. 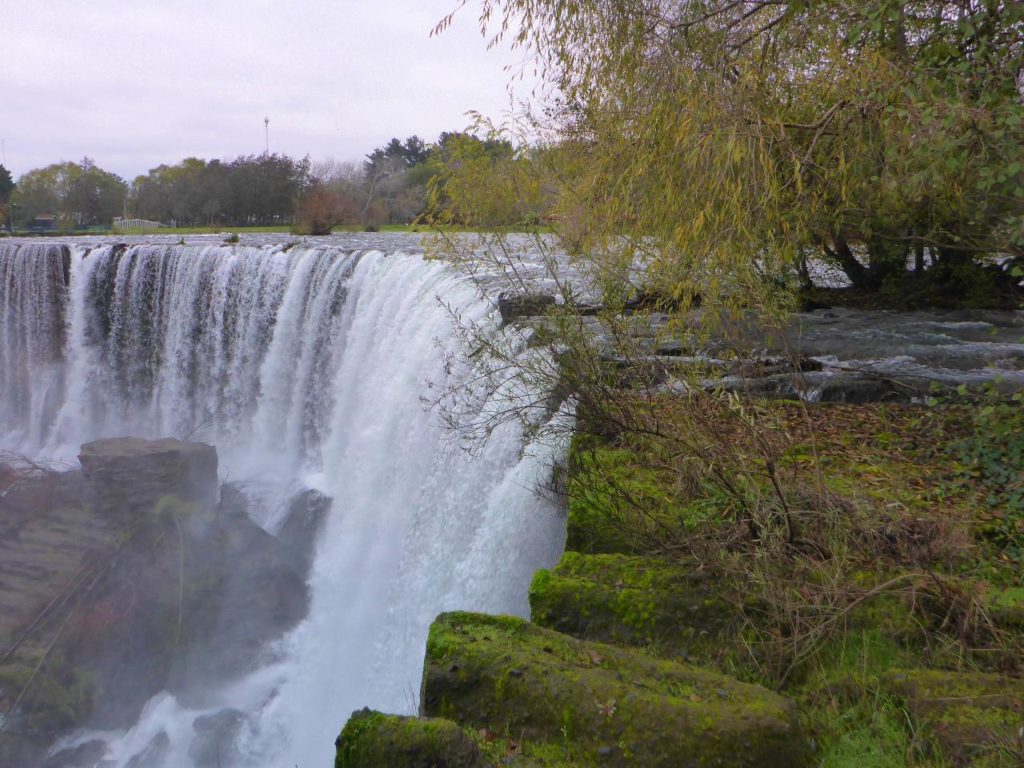 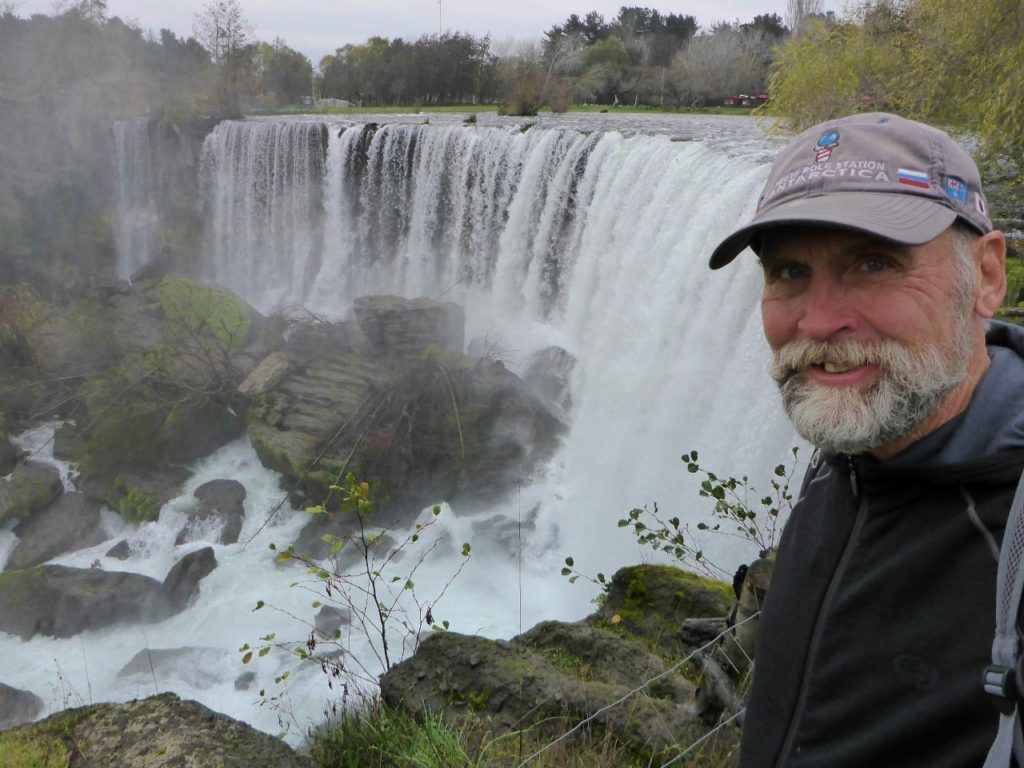 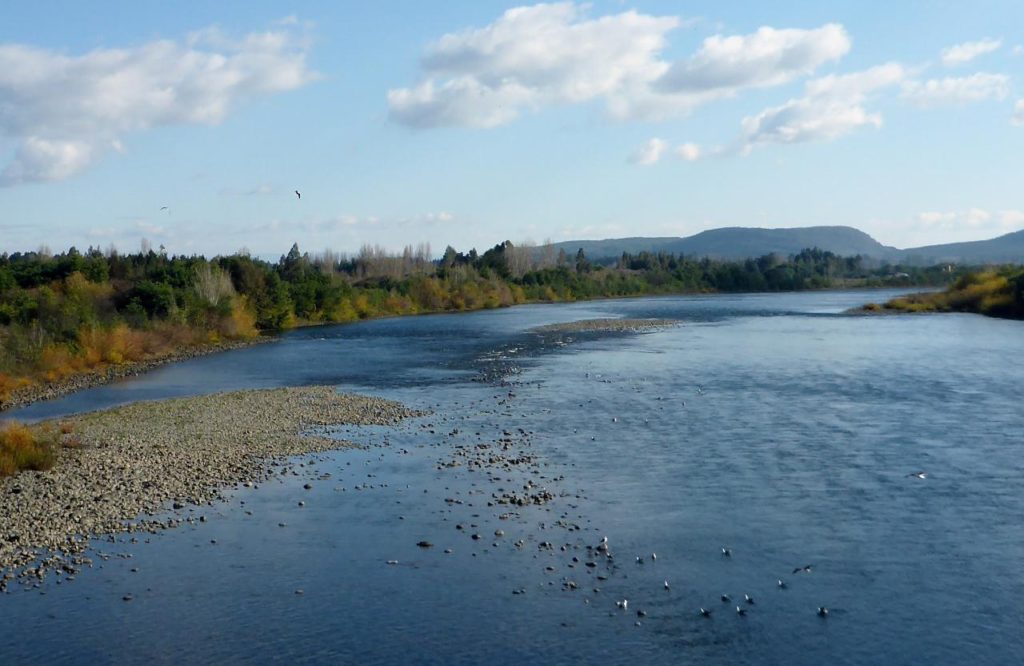 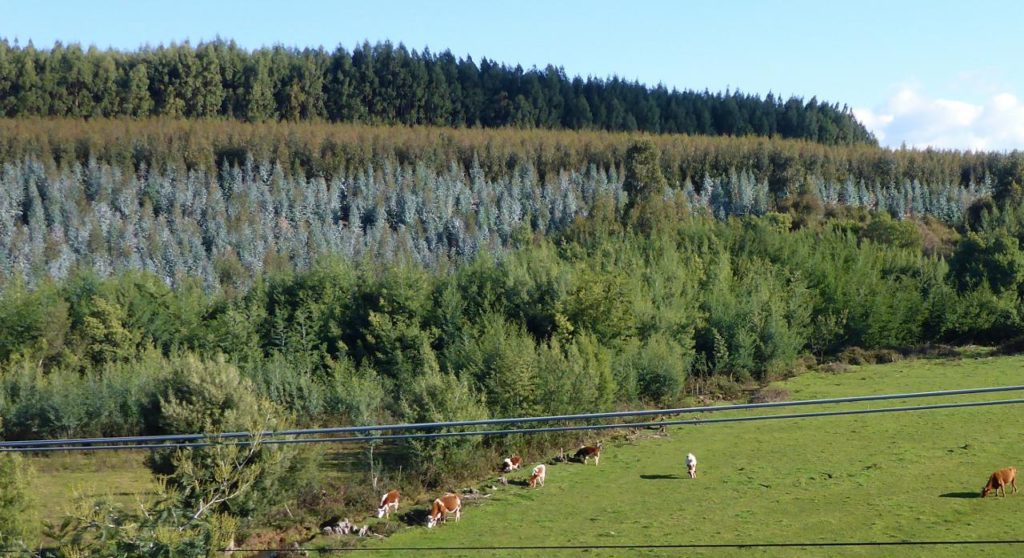 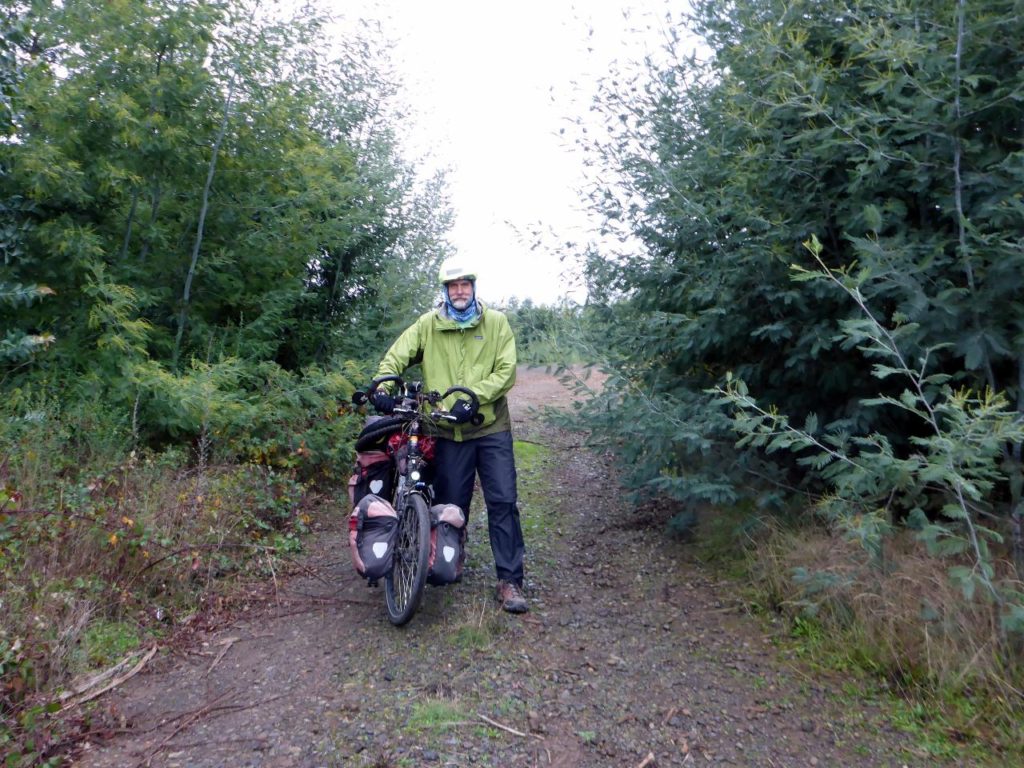 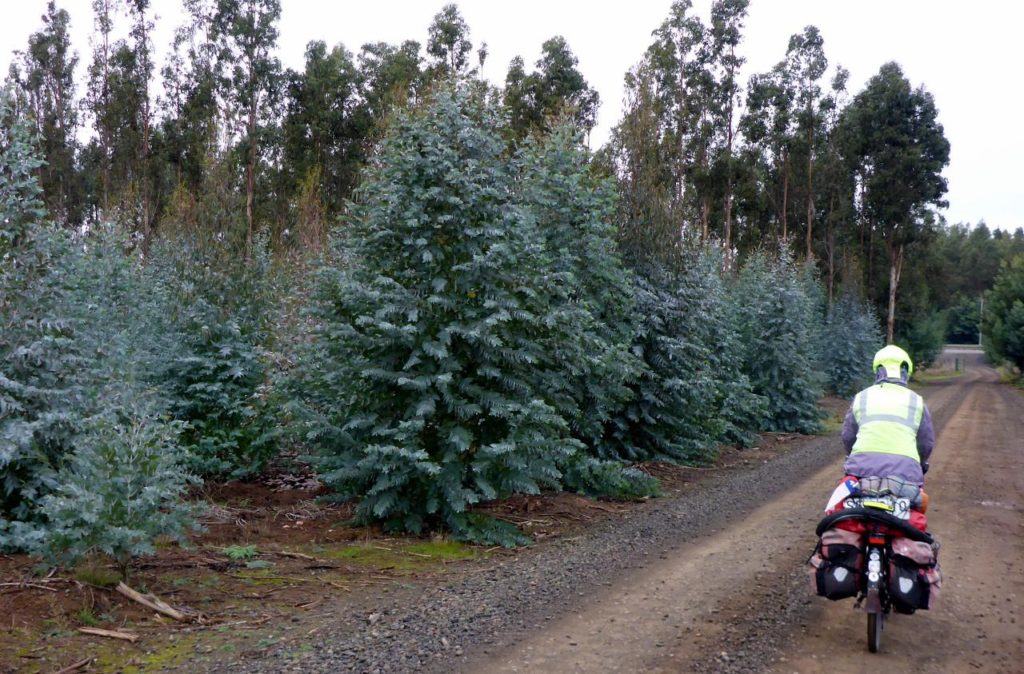 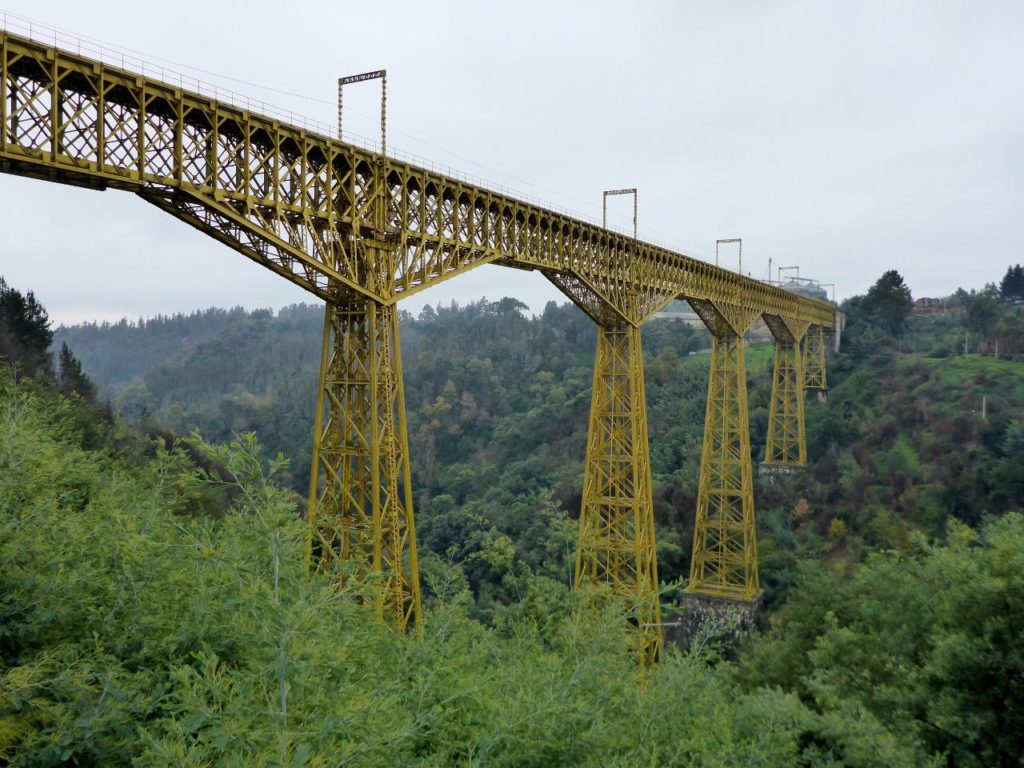 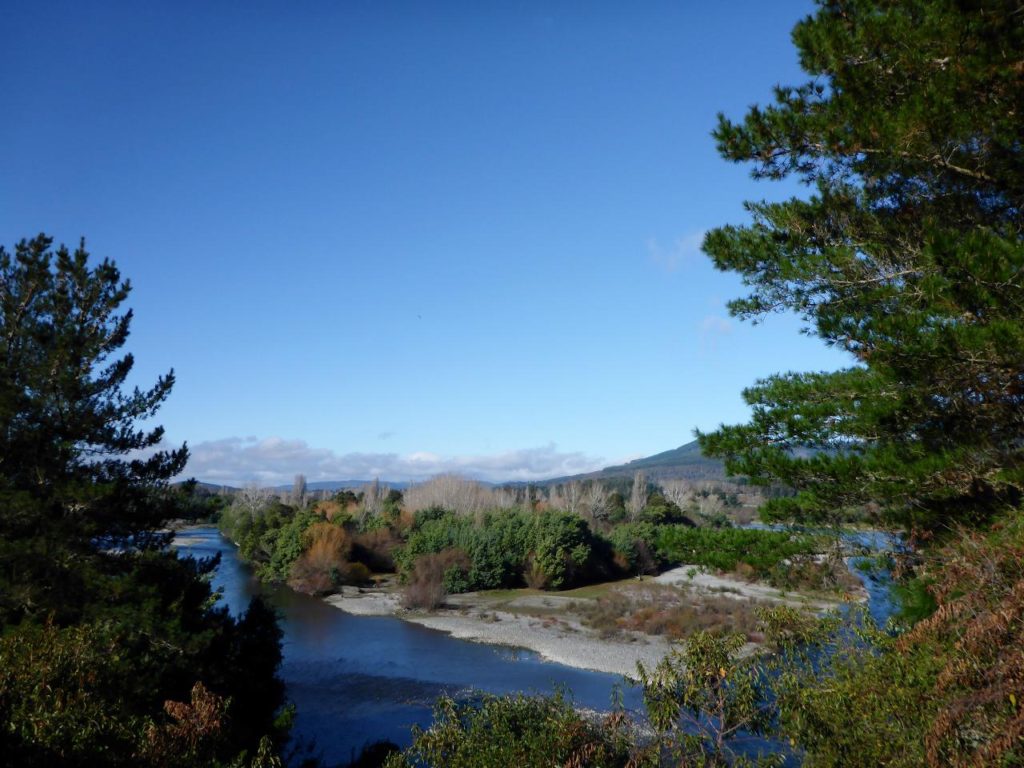