So many stories to tell that will have to wait for our next book. All of the night festivities for Mexico’s Independence Day happened last night or on the eve. It was crazy and nuts with the crowds, entertainment, and awesome and probably best fireworks display we have ever seen. The central square seemed like it was under bombardment. The Mexicans sure know how to put on an excellent display. It was also scary but we survived. The crowds were brutal and pushy so we backed off. We were told the Independence Day parade starts at 7am so we were up early in the increasing and pushing crowds. Once again we backed off and returned to our hostel for the included breakfast. By the way if your plans include Mexico City we recommend Mexico City Hostel (http://www.mexicocityhostel.com/). We are paying $36 a night for a huge private room with bath. A dorm room costs $12. Breakfast is included and there are many tours available. Also the central historical district is fantastic for exploring on foot. Yesterday evening we were enjoying a few beers nearby when a blind older senorita passed by asking for a coin. She must be a regular because the waiter told her we were American. She immediately switched to English and asked my name. I told her “Miguel” and she replied that her name is Rosa. So we started talking to her and she was fascinating with her English skills and stories. I gave her a coin and she continued on her way. She left the bar and returned some time later and I said, “Hi Rosa”. She replied, “Hi Miguel!” We talked some more then I gave her a few more coins. She was very happy and so were we. After 6 weeks in Mexico we have nothing but good things to say and we have been in isolated deserts, small towns, and cities.

Anyway after breakfast we walked 6 blocks back to the restaurant, Salon Sol, we had lunch at yesterday. It was two floors up and we knew the parade would pass there and have an excellent view. Once there we settled in and a kind Mexican couple that was sitting on the balcony overlooking the parade asked us to join them. She was wearing a Boeing hat and t-shirt, my old company, so we hit it off.

The parade was nothing that we expected. It was a full on military parade and not a community type one that we did expect. Nonetheless it was fascinating and so much fun with all the military bands, marching soldiers, tanks, and such. In other words it was a show of force that lasted almost two hours. Between this and the Anthropology museum of yesterday I have taken a few hundred pictures the last two days.

Mexico City has been so much fun. We will leave the hostel tomorrow and visit our warmshowers host Santiago whose house is where bikes are waiting in Acapulco. 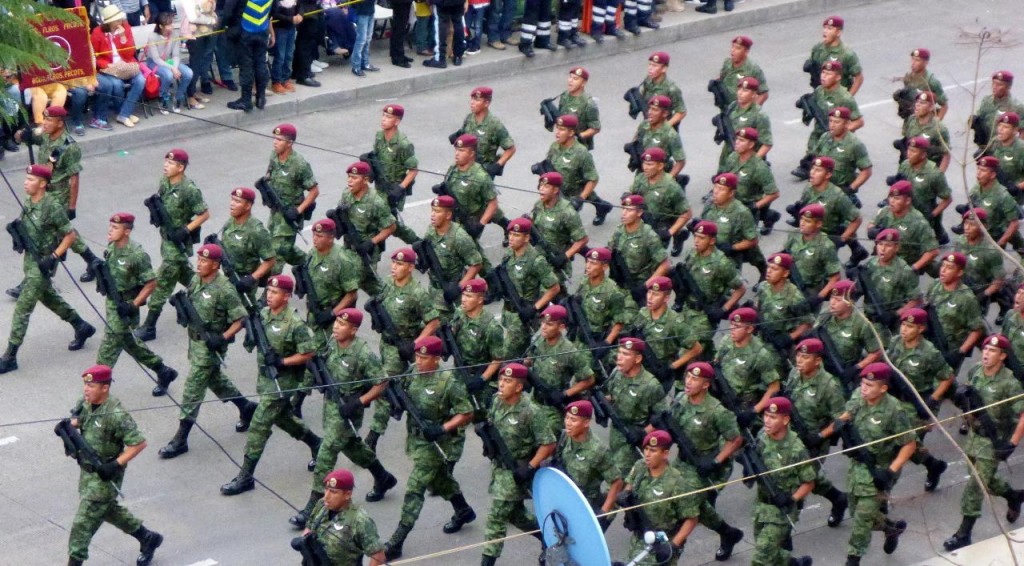 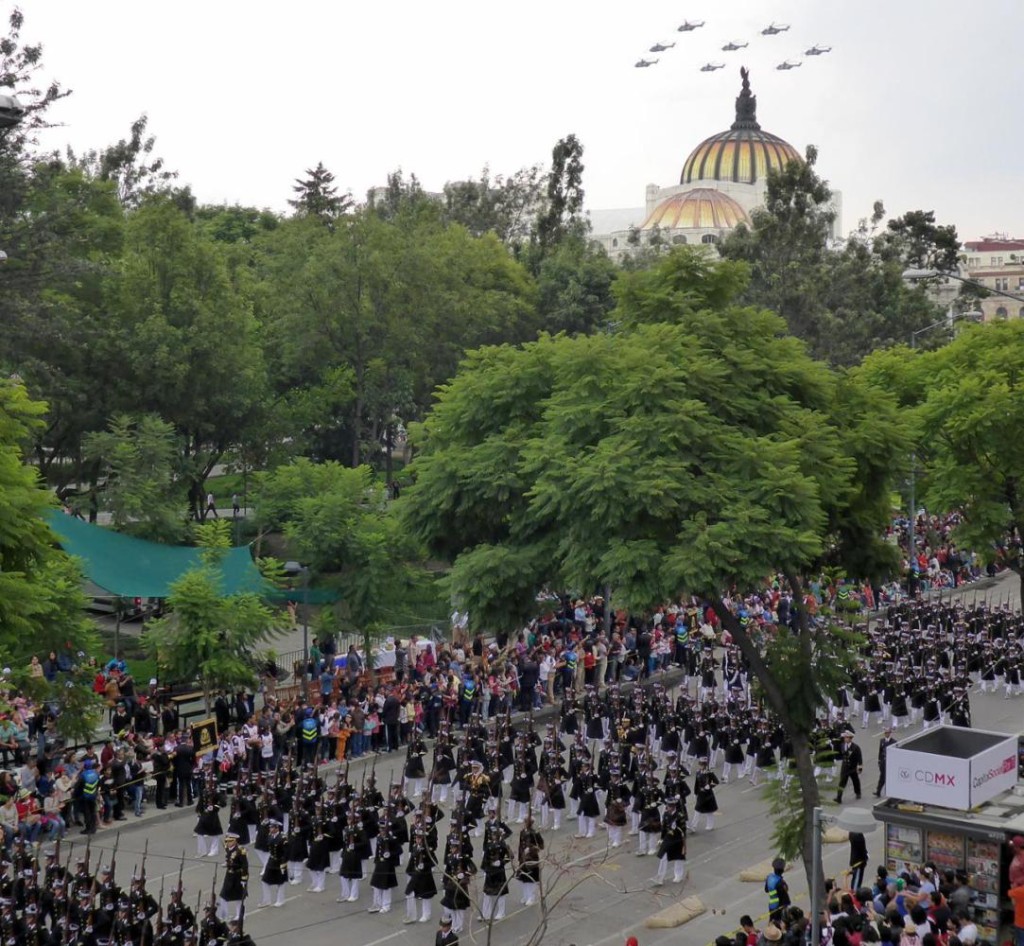 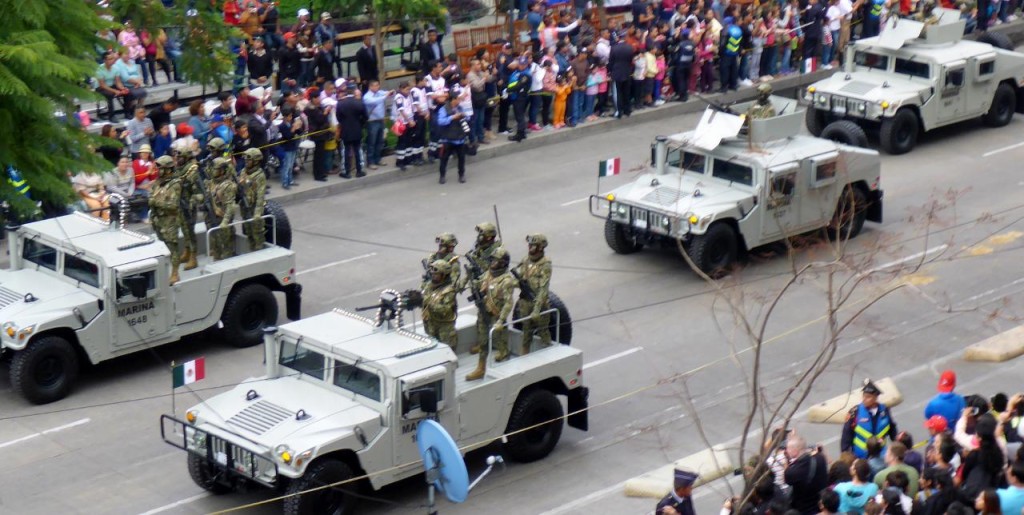