July 27, 2014 65 miles Once again we got an early start even though we both wanted to go swimming again as we haven’t seen a pool since so many countries. But we rode on through a busy Sunday market morning. If we stopped every time someone waved and asked us to stop we would never get anywhere. We entered a valley desert area that dragged on and on. In fact we haven’t been so bored on this entire trip until now. But we plodded along in the indecisive wind. Heads or tails? It didn’t matter as we got it both ways. We stopped many times trying to find something cool to drink. But some market coolers work and some don’t but they are always full of sodas, beer, etc. Either that or the temp is set high to save money on electricity. The end result is usually a disappointment or the proprietor does his best to find “a cold one”. The water from our containers (no matter insulated or not) is always hot. But it is wet and it hydrates so we gulp it. We stop at Restorans (restaurants) and try to find something normal to eat but then use our “point it” book and get fried eggs. The protein is much needed. Azerbaijan restaurants do not have menus. There are several types of food in a cooler and you can point to what you want. But it all so weird as neither of us like meat.

After a full day of riding we looked at several potential camping spots but decided we didn’t want to deal with the heat and flies. So we continued until we found a “sort of” motel as the front was locked and we wandered around until we found someone that would let us in. Once again we were the only customers. It was cheap and we like cheap motels. I know Jocelyn prefers a tent but at my age I like a shower and bed. There was a market was down the street and when we Americans entered everyone inside got excited and helped us with selections for dinner food and drink. I picked out the wrong ice cream and the lady said “Nyet” and gave us a different one which really was good. We had a great sleep even though the motel was right next to train tracks. There is something comforting about hearing trains at night plus the vibration. It is funny as all the television stations throughout Europe and Asia so far have “The Tonight Show with Jimmy Fallon”. That and BBC World News but we can only take so much of the depressing world news.

July 28, 2014 70 miles bike, 100 miles van The day started with a great tail wind and we rode hard as we knew the wind would head soon. We did stop at a fruit stand for some excellent melon. Gosh it was great even warm! We then stopped at a restoran for fried eggs and beer. As we continued towards Baku the wind headed us for the next 20 miles until we slowed to a crawl (under 3 mph). At this point we decided to stick out our thumbs to save time since we are headed to Iran for a 28 day tour and our Uzbekistan and Tajikistan visas are in jeopardy. If we can start our Iran tour earlier we can still use them instead of applying and paying for new ones. Our Kazakhstan visas will be a wash.

With this van drive we are in Baku a day earlier and will visit the Iran Consulate tomorrow to pick up our Iran visa. Being dropped off in Baku at rush hour on our bikes was very enlightening as we rode downtown in search of a hotel. Our research had showed Baku as a very expensive place to stay with hotels at over $200 USD per night and hostels at $46 USD each. We found a great place for us and our bikes at $120 USD for night. Across the street is a German pub with Chicken wings. Life is good! 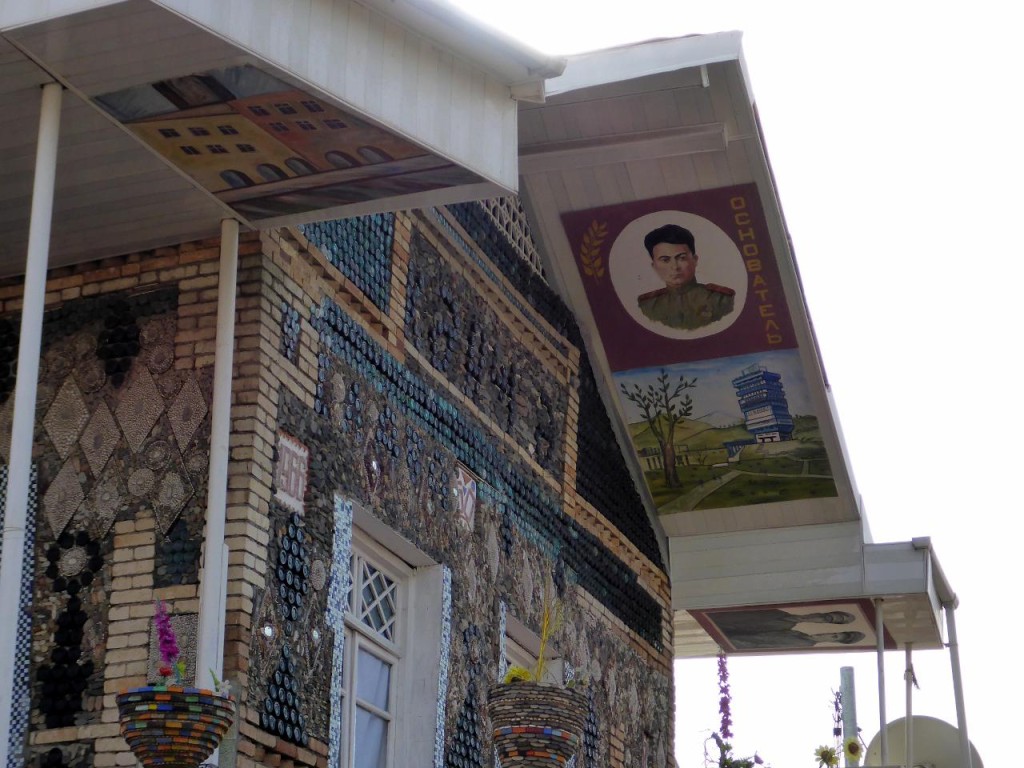 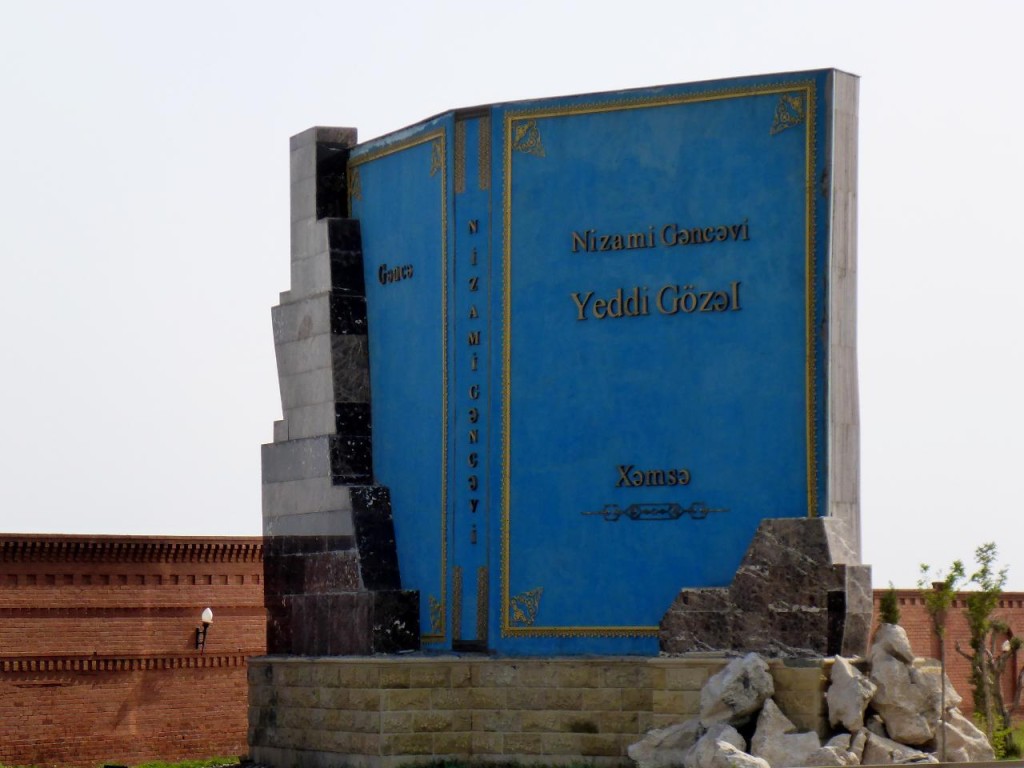 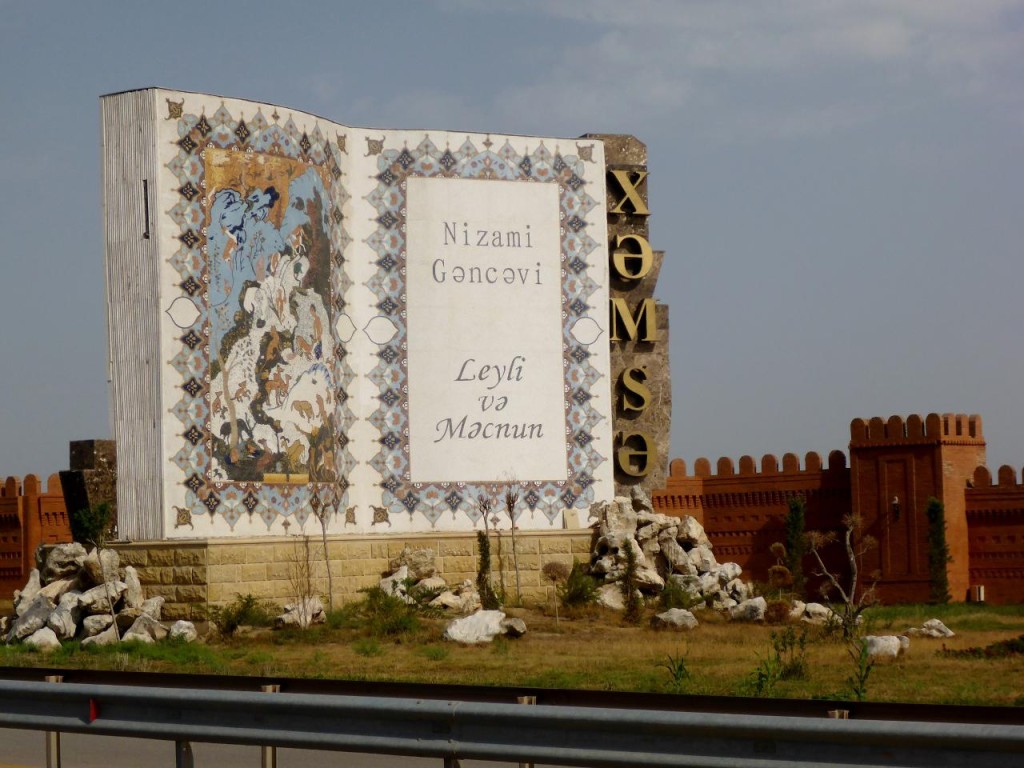 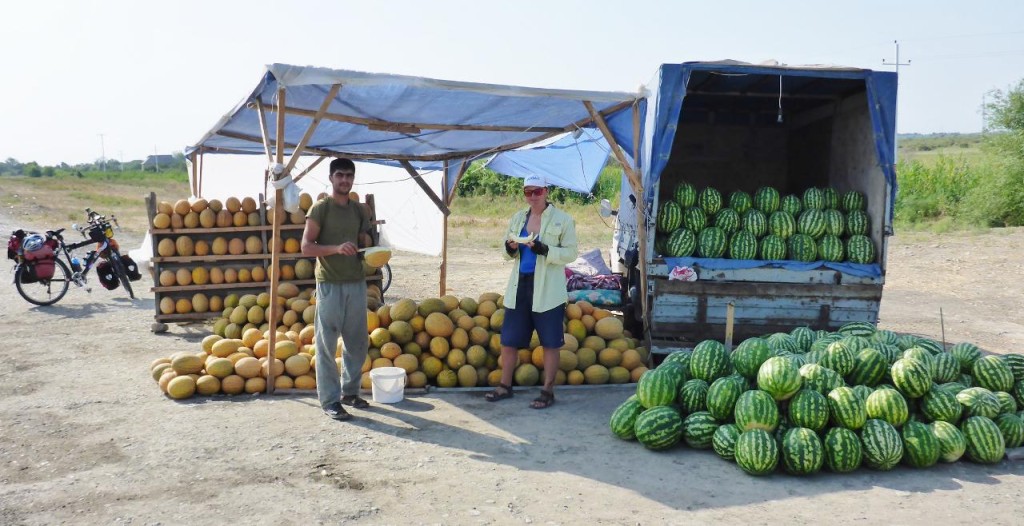 2 thoughts on “We are in Baku, Azerbaijan”