The further south in Central America we head the more razor wire and shotgun toting guards we see. We stayed at a Comfort Inn at San Miguel and enjoyed hot showers, air conditioning, nice beds, good internet, and a buffet breakfast. It was a real treat. We had some business to take care of and good, reliable internet was needed. Most places do have wi-fi but it usually goes in and out so frequently that it is almost unusable. But we prefer the cheap crowded downtown central square room or camping. At the Comfort Inn the gates were closed at night and there were two guards. There is also a double coiled razor wire around the building. Most stores have one or more guards with these shotguns. It seems intimidating but the guards are friendly whenever we say “Hola” or “Buenas” to them. We wonder how this kind of security would be taken in America with seeing gun toting guards everywhere. It is a bit alarming but we take it in stride and do our thing. Traveling through poor countries on a bicycle is very eye opening. I believe given the opportunity, meaning finances and money, everyone should spend time in a poor country. We have cycled through some of the poorest countries in the world of Central Asia and Central America. It is a very humbling experience and really makes one appreciate what you have at home. Out in the “real world” there are two classes of people – the haves and the have nots. It is heartwarming to see that people, especially kids, seem happy everywhere. Everyone seems to have cell phones and satellite dishes even down to the shacks along mountain rivers that are nearing the stage of falling into the water.

We try to blend in and stay away from touristy areas. We cycled into the port town of La Union this afternoon in preparation of a boat trip to Nicaragua. After lunch at a harbor side restaurant we tried to find a local downtown hotel. Jocelyn found it on Google but we could not find it in town. After asking about 20 people we finally found it. One always has to ask many people because everyone gives a different answer. No one ever says “I don’t know” because they would be embarrassed. There is another Comfort Inn in this town but at $100 in a touristy area we passed on that and took a room downtown for $25. I enjoyed the afternoon sitting on the street having a few beers, sitting next to an older senor and talking with the locals. It’s funny how they all take double looks and I knew what they were thinking, “Hey, there’s a gringo in town!” We have nothing but good things to say about all the Mexicans and Central Americans we have met. So many come up to us just to shake our hands and smile. “Welcome to El Salvador.” At this cheap downtown hotel the manager saw us go out for ice cream. When he returned he smiled, closed and locked the heavy metal gates.

November 11, 2015 Nicaragua our 30th country achieved! It’s hard to believe that just last year February we flew to Morocco and cycled through our 3rd country. Now we are in number 30! We were up early and cycled to La Reunion Harbor at 8. Jocelyn had read about taking a boat across the Gulf of Foseca to Nicaragua. This sounded fun and different. We found the La Union Immigration Office, and checked out of El Salvador after only three days and 82 miles from the Honduras border to La Reunion. What a small country! We waited at the city dock (which was full of crazy characters and activities) until 11:45 where us and our bikes were carted along the low tide mud to our boat. That was an adventure in itself. Shortly after noon we were underway for the 30 mile 3 ½ hour trip. It was a fun ride that we shared with seven German and Swiss backpackers along with several locals. We also carried supplies to one of the many El Salvador islands. Soon we were in Nicaragua and the boat dropped us off on the beach. We then cycled to the immigration office where we were stamped into Nicaragua after a very lengthy and confusing process. We were not very pleased with the “immigration officers” who seemed to just be there to pocket some dollars. After cycling about 300 meters into the gulf side village of Potosi we passed a hostel that we immediately decided to stay in since it was becoming dark. The seven backpackers arrived shortly after us. We slept like a rock until 5 am when the jungle came alive with a multitude of birds awakening. 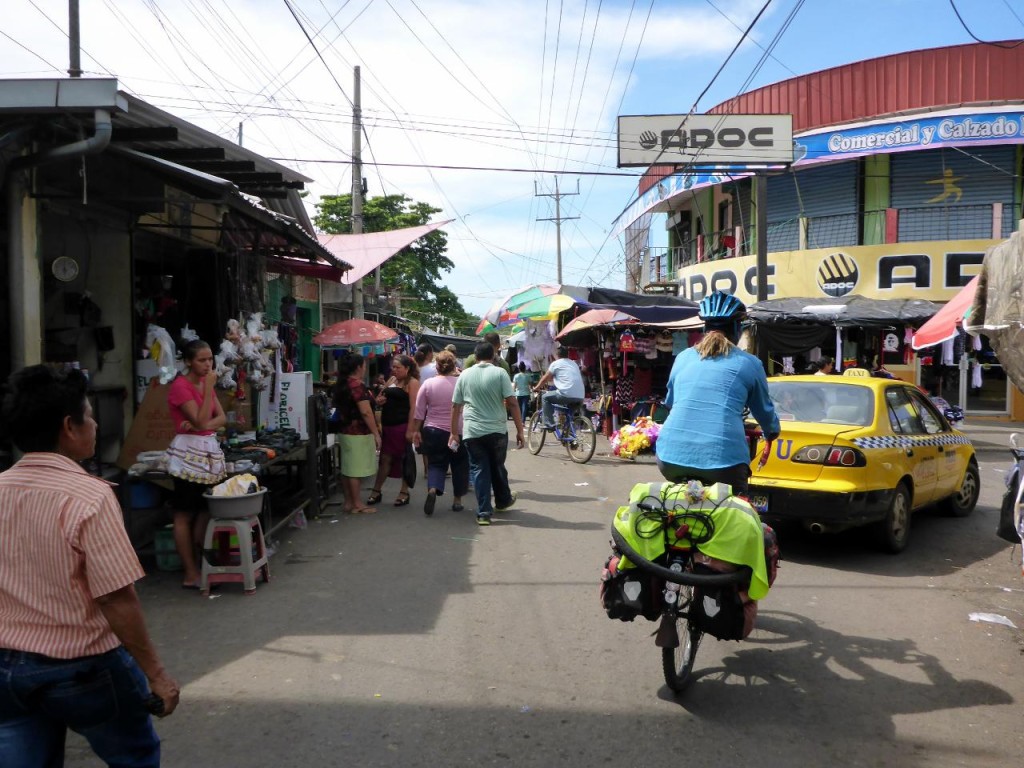 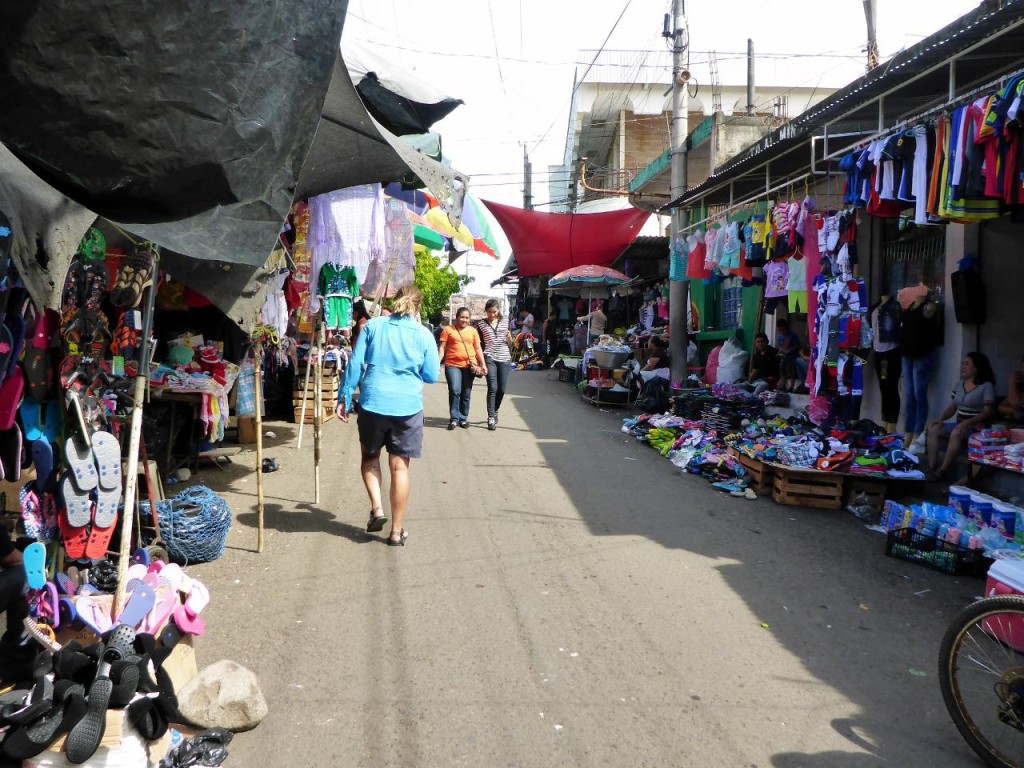 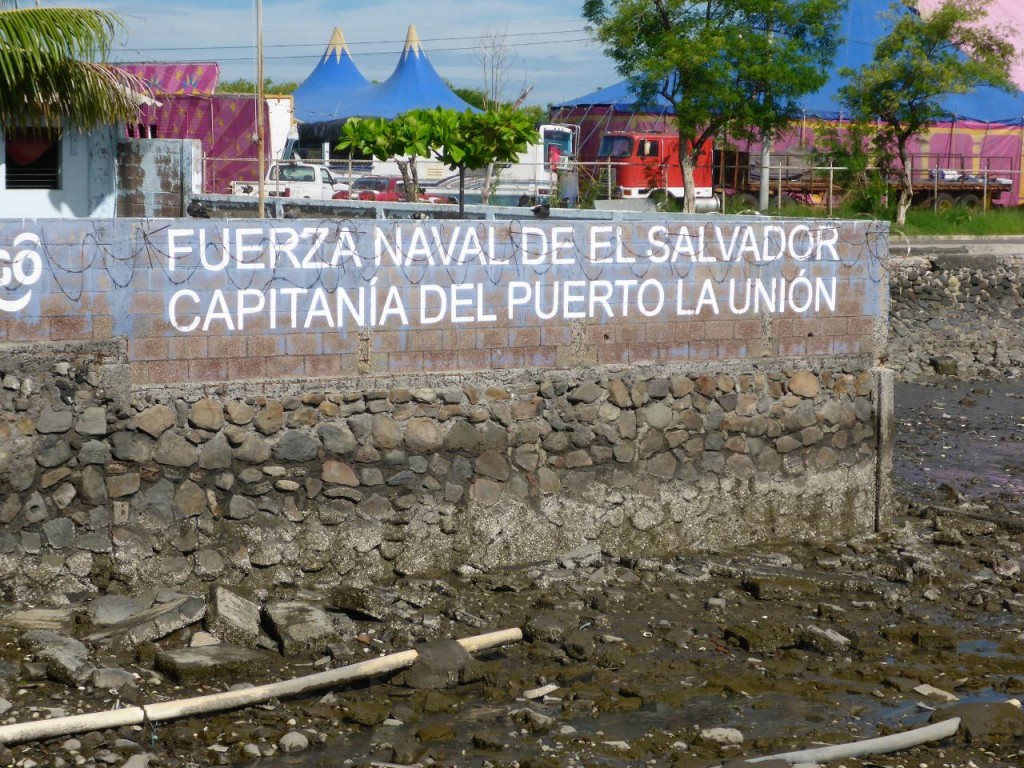 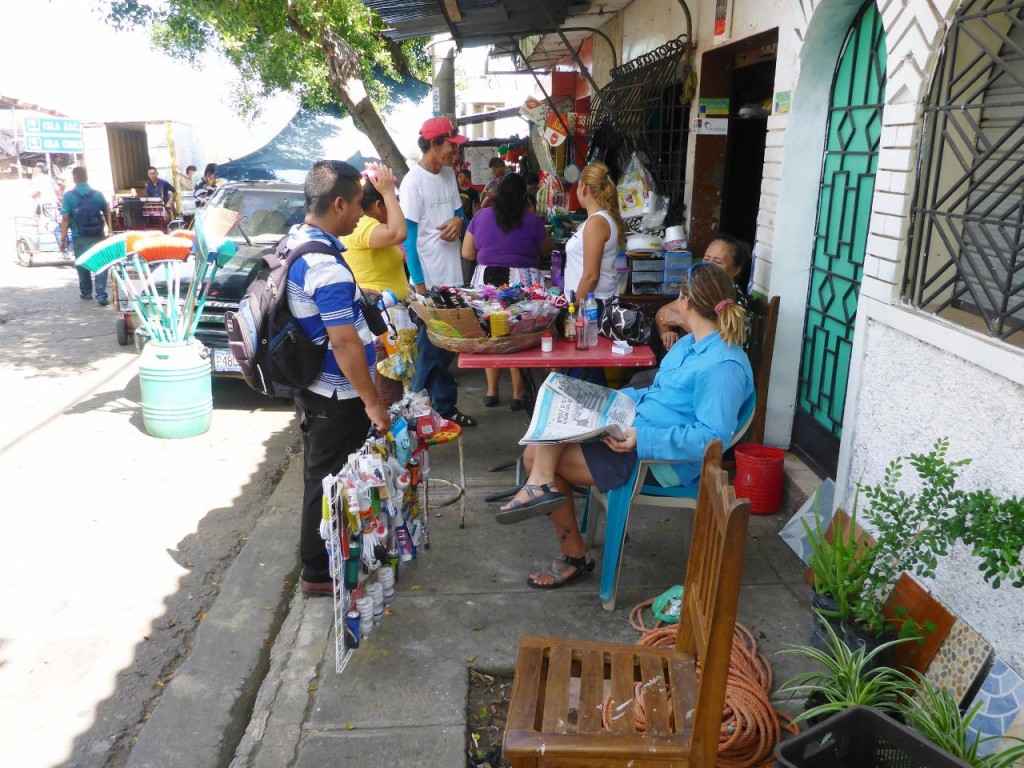 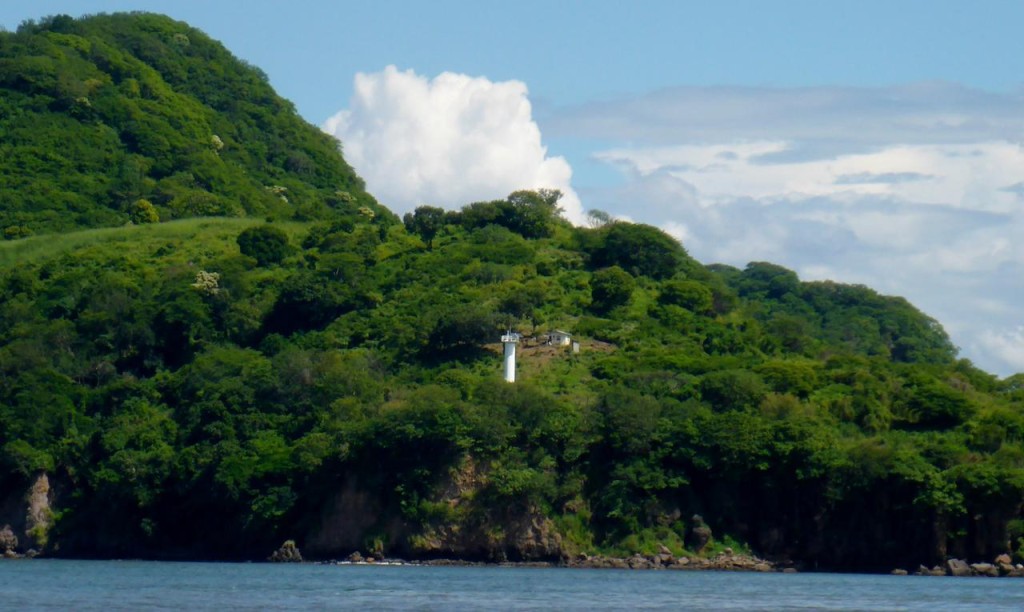 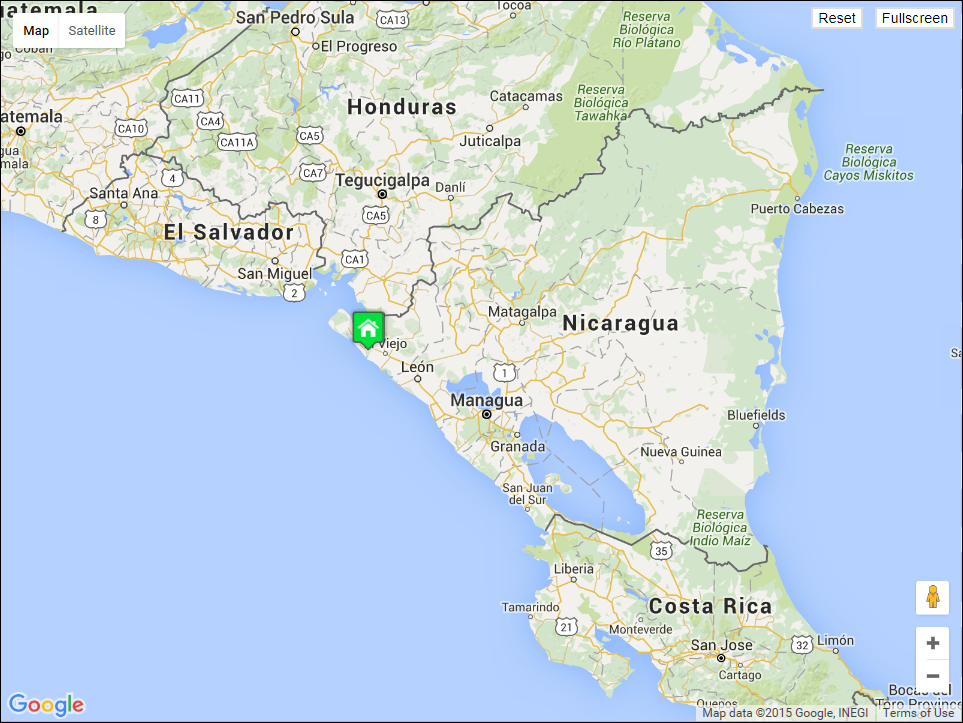 3 thoughts on “A slow boat ride to Nicaragua”