April 28, 2016 After four days in Chile we have already noticed a huge difference between here and Peru – the drivers are very courteous and drive per traffic regulations. Plus there is no honking at each other all the time as in Peru. Chilean drivers actually respect pedestrians in sidewalks! What a great idea. Cars stop and wait for a person to cross unlike Peru where they appear to try and run you over. Even bus drivers are respectful and slow down or move over when we are cycling. We haven’t had so many good honks in months. And so far we have not seen the roadside dumps as in Peru. I told Jocelyn that it is like riding in a whole new country! At first we just stopped and stared as the drivers patiently waited for us. But Chile is also more expensive and seems to have a better infrastructure. Also the Spanish that we learned in Nicaragua has slowing been disappearing the further south we go. The last few days when talking with the locals they don’t seem to understand what we are saying so we must improvise somewhat. We are back in the land of the peso.

Southern Peru is full of canyons where you ride down one side and up the other. Northern Chile is the same way. The last two days we have cycled down and up numerous canyons with the deepest so far at 4,000 feet. We rode 10 miles to climb out of this one. The grade was at 7%, not difficult, but long. Fortunately once out of the canyons the riding in the high desert is fairly flat and the winds have actually been to our advantage for the first time in two months. Canyon riding is actually fun and the scenery spectacular. Yesterday we rode all day a little past sunset then pulled over, set up the tent and had a long sleep until 8am! The sunset is at 7:30 and rise is shortly before 8. Up to this point we have been getting up at 6 but now it is 8 with the sun. This is quite a change for us. We both feel much more comfortable camping here than we were in Peru. The sky is alive with stars. I haven’t had this astronomical view since my two winters in Antarctica. In fact, the Southern Cross was brilliant and staring at me! We tried with both our cameras to capture the brilliance but it didn’t work out. Today we stopped near the town of Pozo Almonte which is famous for the World Heritage Site (UNESCO) of Santiago Humberstone Saltpeter Mine. The mine was in operation from 1872-1960. It opened due to the demand of saltpeter in explosives which then found a use in agriculture. After the Germans perfected the production of saltpeter without the mining process the traditional way was abandoned. Since both Jocelyn and I enjoy history and “old stuff” we really enjoyed this. After spending a few hours touring this mine, an old ghost town, we decided to spend the night in Pozo Almonte. 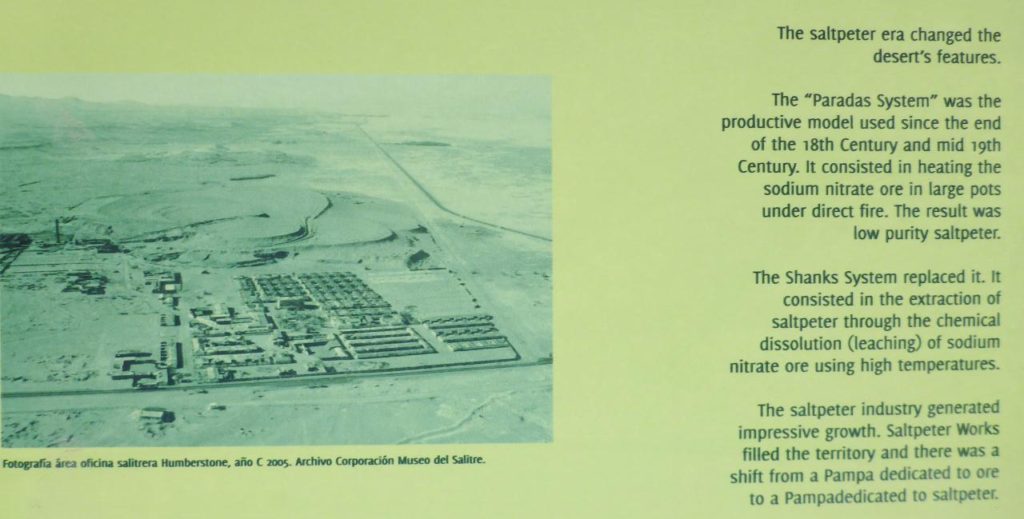 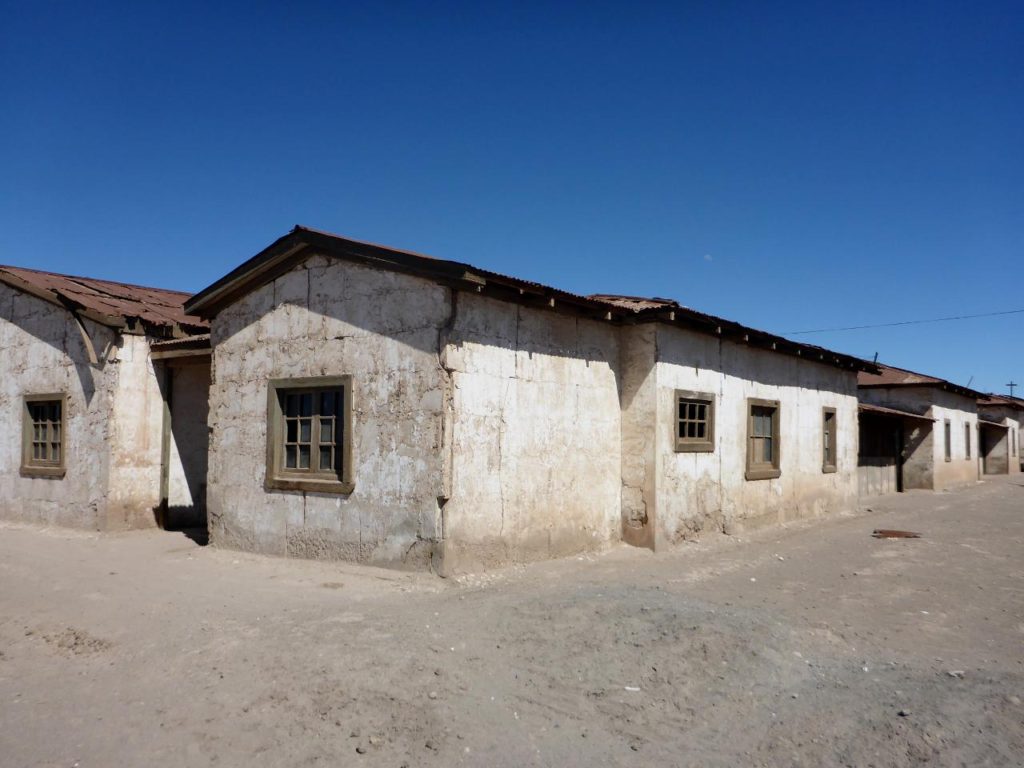 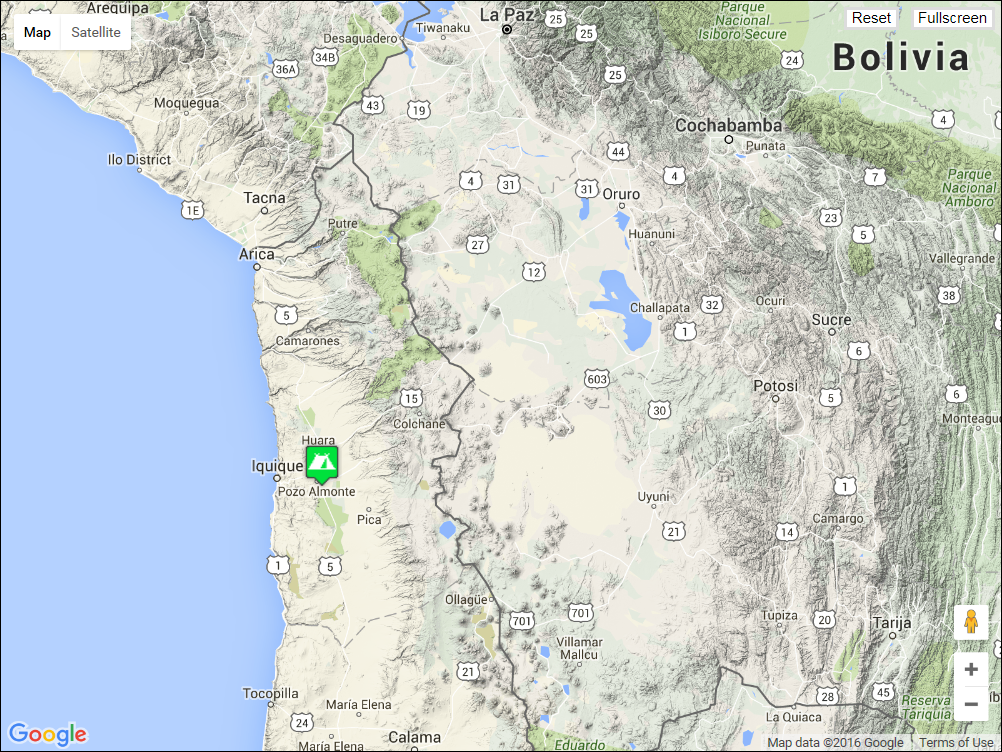